Fifty years on from a Special Branch raid on Angry Brigade, Dave Haslam looks at the conditions that led the group to go beyond conventional politics and protests and bomb more than 100 buildings

The Special Branch and CID officers who pushed their way into the top floor flat at 359 Amhurst Road in Stoke Newington knew what they were looking for – alleged members of a left-wing terror cell called the ‘Angry Brigade’.

What they discovered on that day in August 1971 included a sub-machine gun, an automatic pistol, and three magazines of live ammunition, plus 11 detonators, and 33 sticks of gelignite.

Four people in the house were arrested. A day later, two more men were picked up by police when they visited the house.

The Angry Brigade were of a generation that had experienced a political awakening due to the carnage of the Vietnam War and ongoing racial conflict – most notably apartheid in South Africa and the civil rights struggles in the United States. The student movement in that era was energised by a conviction that it could bring about political change by sheer weight of numbers, and a desire that the change would be truly transformational.

The police raid on Amhurst Road broke up the Angry Brigade and paved the way for the trial of the Stoke Newington Eight, which concluded with four of the accused – two men and two women – receiving jail sentences of 10 years each.

The Angry Brigade targeted property, not people. In its estimated 125 actions, one person sustained an injury, when the home of the then Employment Minister Robert Carr was bombed.

Its initial aim of avoiding bloodshed was in stark contrast to many of the other terror groups on the left in the early 1970s.

The Angry Brigade, in its early phase in 1969, was particularly inspired by Italian anarchists; anti-Franco activists in Spain; and the distinctive aims of the student uprising in Paris in 1968, which married structural political change with opposition to puritanism, consumerism and the dehumanising effect of what the Belgian Situationist philosopher Raoul Vaneigem called “the cult of work”.

By mid-1971, however, industrial relations and the civil rights struggle in Northern Ireland were triggering Angry Brigade actions.

John Barker was one of those caught up in the raid and subsequently jailed. He describes his philosophy as “libertarian communist”, influenced by smoking a lot of cannabis, and says he was an enthusiastic acid-head who “spent a lot of time having a good time”.

The Angry Brigade’s targets included the homes of industrialists and Conservative Cabinet ministers; the American Embassy in London; the BIBA boutique; at least one police station; army recruitment centres; and, in October 1970, the Italian consulate in Manchester. The latter was in revenge for the death of Giuseppe Pinelli, who had been accused of involvement in a bomb explosion at a bank in Milan that killed 17 people. Several years later, it was confirmed that blame for the outrage lay with the Government in collusion with the far-right, in order to discredit the left and justify a clampdown.

The Angry Brigade was specific about its targets, particularly when it came to individuals.

John Barker explains how it was “about responsibility, which I still believe in now”.

The Angry Brigade had no connections with any official organisation, political party, splinter group, or trade union. This lack of affiliation was by design and part of the attraction to the radical student movement which was disillusioned with establishment political structures.

One of the leading lights of the student uprising in Paris, Dany Cohn-Bendit, declared: “I am opposed to Soviet society as much as I am opposed to capitalist society.”

A huge rise in numbers as a result of a jump in the birth rate in the immediate post-war period led to a perception that students had a power they had previously lacked. Student numbers in France doubled from 300,000 in the early 1960s to 600,000 by 1968; while in the US a similar doubling led to almost seven million students enrolled in colleges there by 1968.

Writer and political theorist Herbert Marcuse often reminded his readers that the majority of students were of a “conservative” persuasion, but it is also the case that, as the 1960s were ending, there was an increasing number of student leftist agitators and revolutionaries.

Some sections of the ‘All You Need is Love’ generation moved beyond Flower Power – a cultural revolution and notions of personal liberation – towards the pursuit of an international political revolution. This was even before events in the first half of 1968 hardened attitudes – including an attempt on the life of German student leader Rudi Dutschke; the assassination of Martin Luther King; the murder by American police of 17-year-old Bobby Hutton of the African American revolutionary party, the Black Panthers; and the collapse of the uprising in France. 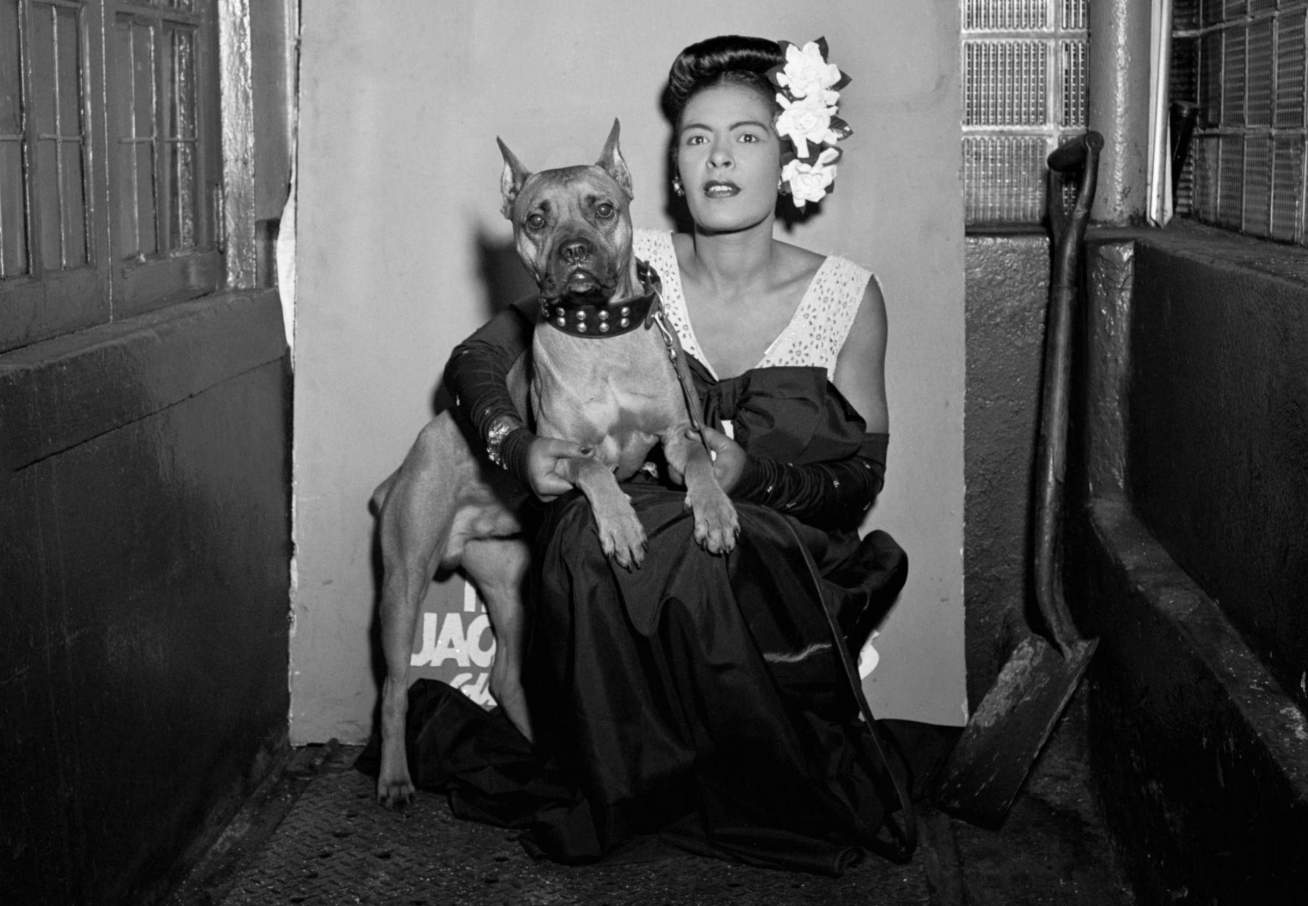 An antidote to the mainstream press, a network of independent underground newspapers disseminated new ideas and unheard voices. Any study of such newspapers provides great insight into the revolutionary spirit of the times, in all its complexity.

In January 1971, Ink! printed evidence that one part of the sectarian left was actively helping Special Branch track down the Angry Brigade, even to the extent of passing on names. Of the higher circulation papers, Frendz was the most supportive of the Angry Brigade. “Millions share their beliefs and their anger,” Frendz wrote at the time.

In the US, Richard Nixon took the presidency in 1968 after an election campaign in which the mainstream media amplified his warnings about long-haired students and black civil rights activists undermining so-called ‘American values’. Once in power, Nixon suppressed protests. At Kent State University in Ohio on 4 May 1970, for instance, after several days of increasingly tense demonstrations against American foreign policy, Ohio’s National Guardsmen opened fire on the crowd, killing four unarmed students.

State violence took all manner of forms. After many of their violent actions, the Angry Brigade would send “communiques” which were often printed in full in underground newspapers. Communique #6 pointed out that “violence does not only exist in the army, the police and the prisons. It exists in the shoddy alienating culture pushed out by TV films and magazines, it exists in the ugly sterility of urban life. It exists in the daily exploitation of our Labour”.

Early in 1971, Edward Heath’s Government introduced the Industrial Relations Act, which curbed trade union rights, and, by extension, was an attack on what John Barker calls “working-class confidence” – which he describes as a defining feature of culture and politics in the 1960s. This is what motivated the bombing of the home of the Employment Minister. During a strike by Ford workers, an Angry Brigade bomb badly damaged the Ilford headquarters of the company.

Barker says that the Angry Brigade was not a rejection of political and local campaigning, but an adjunct to it. Several of those arrested at the raid on Amhurst Road had written in the underground press. Barker says that he and others were active in the Claimants Union – a group dedicated to helping single mothers, the unemployed, strikers, and disabled people access the benefits they were entitled to.

“I don’t feel particularly pleased about my past,” he says. “It’s one of the very few things I feel pleased about; the Claimants Union was a terrific organisation.

“To do things I was supposed to have done would be suicidal and stupid in the present climate… Surveillance, technology, cameras and so on and so forth. Technically, it’s far more difficult.”

Dave Haslam’s book ‘All You Need is Dynamite: Acid, the Angry Brigade, and the End of the Sixties’ is published on 26 August by Confingo Publishing