In the second part of his look at Brexit ‘campaigning’ groups, Otto English explores the attempts of those trying to weaponise their versions of British history and turning this into an orthodoxy which cannot be challenged

In February 2015, a campaign group called ‘Historians for Britain’ was launched on an unsuspecting, pre-Brexit public.

Some impressive names were signed to the project. It was chaired by Cambridge University academic and author David Abulafia, while others who supported it included Professor Robert Tombs, of the Faculty of History at Cambridge; controversial academic and television historian David Starkey; Churchill biographer Andrew Roberts; James Holland; and Jonathan Clark.

It promised to “offer insight into the EU debate from a historical perspective” and, to that end, impartiality was key.

The group’s website claimed that it was “an independent and non-partisan academic organisation… composed of historians… dedicated to historical research to expand knowledge and understanding about the fundamental changes surrounding our country”.

But for a supposedly ‘independent’ and ‘non-partisan’ group, there was a distinct whiff of the ‘usual suspects’ going on.

For a start, its HQ was 55 Tufton Street. In what must have been very cramped conditions, it shared that address with a host of other Brexit orientated campaign groups and think tanks which over that period and subsequent years – included Civitas, Business for Britain, the TaxPayers’ Alliance, ‘Economists for Britain’, Labour for Britain and various other runners and riders.

The contact email was in the name of Oliver Lewis – later of the Vote Leave group, thence deputy to David Frost as he negotiated Brexit, and finally head of Number 10’s Union Unit – a job he quit (supposedly under pressure) after just two weeks, in February 2021.

Some of the historians who climbed on board had clearly not received the ‘non-partisan’ memo. 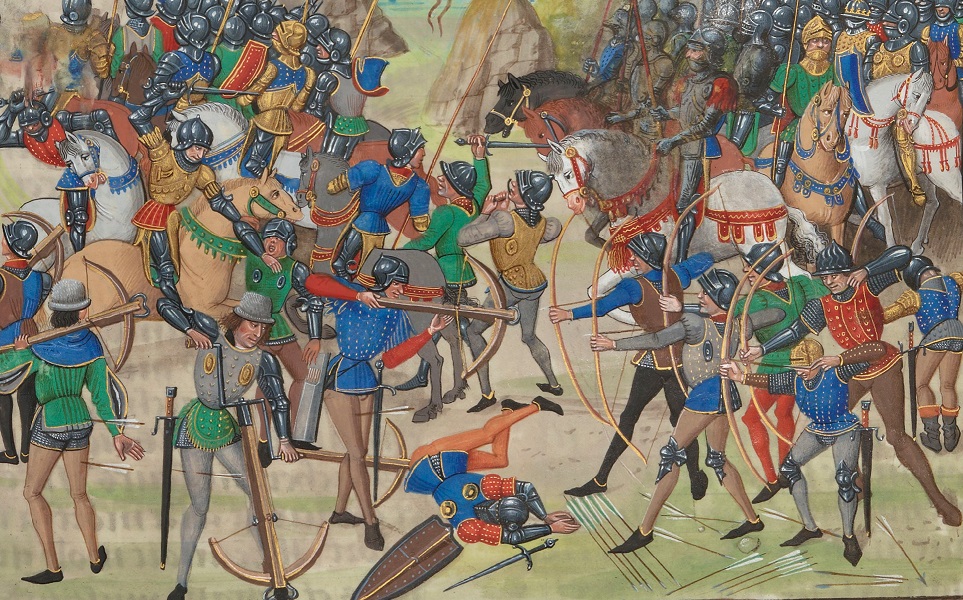 Shortly after its launch, Starkey was quoted in City A.M. as arguing that the group would make an “important contribution to the historical debate about what it means to be – or rather, not be – ‘European’”. And there was little doubt where Abulafia, the group’s chair, stood on the issue of leaving the EU. He told the BBC’s Giles Dilnot in March 2015: “What we share is a sense that there is actually something rather distinctive about the cultural and political history of these islands which has always made it a partner of Europe rather than a full participant.”

Britain was – in a word – ‘exceptional’, and here were academics and historians from some of the nation’s greatest institutions arguing that it was so.

The Historians for Britain website is still live and perhaps the most striking thing about it now is the shocking lack of quality on view.

The grammatical and factual errors abound including: “As historians, we live by facts. Thus, we make sure that all our content here on the website are verified from reliable sources.” There is also the jaw-dropping: “Over 71% or 30 million British people voted for the UK to withdraw its membership from the EU.”

The site continues to pump out blogs which all appear to have been written by a man called Brian. Highlights include ‘Do You Know About British Hat Culture?’ and a spectacularly weird piece about King Henry VIII.

How much of an impact Historians for Britain had on Brexit is anyone’s guess. A lot of people might not even have noticed it even existed. But it was one piece in the vast Vote Leave and wider Brexit jigsaw of interconnected people and organisations.

As I set out in Part One, there were dozens of ‘Brexit campaign groups’ set up both before and after the 2016 EU Referendum. Even dedicated chroniclers of events have struggled to keep up with them all.

Historians for Britain’s purpose was reassurance. It was there to demonstrate that ‘clever people’ were backing Brexit too and, more than that, that there was a historic and academic case for it.

The group was very similar in its modus operandi and personnel to the later ‘Briefings for Britain’ group – set up by Robert Tombs and including among its contributors David Abulafia, Andrew Roberts, and Jonathan Clark.

When bad history gets weaponised to serve political agendas, we are in trouble.

It is now apparent that the battle of Brexit was but the opening skirmish in the great ‘culture war’ and, since Brexit became a reality, a series of other outfits have popped up. The latest is ‘History Reclaimed’, which launched last month.

Once again, Robert Tombs is at the helm and the website is co-edited by David Abulafia.

Speaking to The Sunday Times about the venture, Tombs set out his vision: “You read in the paper that Churchill is a racist and you think ‘could that really be true?’ The idea is to publish short and accessible pieces which they (the public) could read. Our articles could also be read by ministers, civil servants, trustees of museums and galleries, or local authorities who may come under pressure.”

Once again, credibility is key and – as with Historians for Britain – History Reclaimed presents itself as non-partisan, with its website declaring: “We are an independent group of scholars from seven countries and several ethnicities with a wide range of opinions on many subjects, but with the shared conviction that history requires careful interpretation of complex evidence, and should not be a vehicle for facile propaganda.”

That sounds very reasonable and I doubt anyone concerned with history and how it is taught would disagree with it. But the same mission statement includes the sentence: “A shared history is a necessary foundation for a successful democracy.” And ends with: “We will continue to produce a stream of new writing which will both set the agenda for historical debate, and call out fake history.”

By coincidence, I have penned a book called Fake History – so let’s briefly examine what that term means. 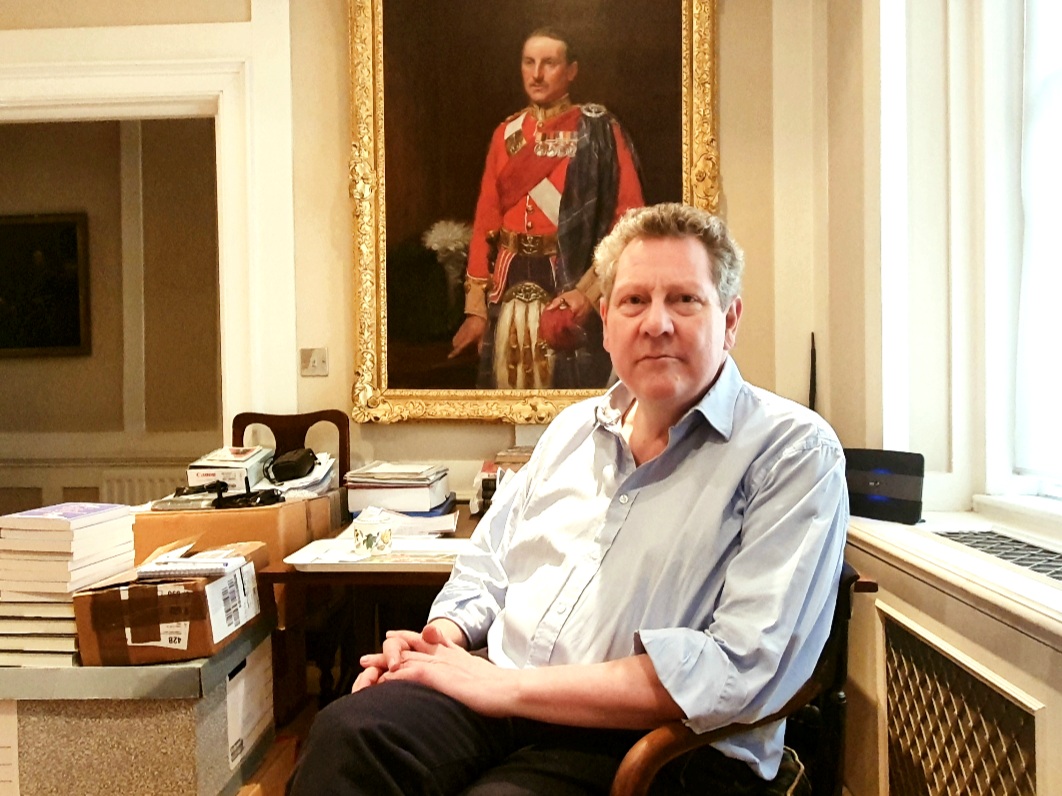 In its most pernicious form, ‘fake history’ is what happens when myths and lies become mainstream, established history – to the detriment of truth.

So people come to believe, for instance, that the British Army was evacuated by ordinary citizens in pleasure boats off the beaches of Dunkirk in 1940 and that, subsequently, we were not defeated because of the British people’s unique spirit.

Films, books, history documentaries, and politicians often conspire to keep it so and this ‘shared history’ then passes into a collective national narrative that comes to define who ‘we’ are.

Some fake history is relatively benign. It doesn’t matter hugely that Walter Raleigh never threw his cloak down in front of Queen Elizabeth I or that Cnut never tried to stop the sea. But, when bad history gets weaponised to serve political agendas, we are in trouble.

Both World Wars were constantly invoked during the EU Referendum campaign, in all their Spitfire and Faragist inglory; the exceptionalist narrative preaching that ‘our history’ meant that Britain should not be in the EU. These same narratives suggested that British history was not like other history. The British Empire was thus – always – a good thing because it was well-intentioned and benign and brought light to the world. It is something to be proud of and not to be denigrated.

There are plenty of articles on the History Reclaimed website hammering this exceptionalism point home. Take the essay ‘How Racist Was the British Empire?’ – first published by UnHerd – which argues that, because colonial soldiers were given the same graves as white soldiers after the First World War, (in death at least) the Empire was an equal opportunities employer.

This is a history in which figures such as Nelson, Rhodes, Livingstone, Drake, and Churchill are all unimpeachable men, whose actions and opinions cannot be judged by current standards. It is the history of anti-iconoclasm; one that cannot bear mention of the British slave trade or the bad things Edward Colston did.

Crucially, it is a history that we are less invited to buy into, and more ordered to believe. History as faith not discipline.

The truth is that Robert Tombs and his chums are not ‘reclaiming history’ – they are seeking to preserve their version of it as the orthodoxy. This is the establishment cosplaying as the resistance. The Brexit winners, in league with the Brexit Government, Brexit think tanks and Brexit believers, presenting themselves as anti-‘woke’ outsiders who are seeking to wrestle back control of the narrative from people who dare to question it.

And that, perhaps, is the biggest ‘fake history’ of all.