The View From The RockBrexit in Gibraltar

Since the EU Referendum, remain-voting Gibraltar has faced uncertainty, food shortages and ignorance – and people in the territory are doubtful that this will change

On the day following the 2016 EU Referendum, “an eerie silence descended on the town,” Anthony recalls.

Having overwhelmingly voted to remain, the British territory that borders Spain was about to become a political football between the two nations – with the residents’ needs and concerns rarely considered in rows over sovereignty and history.

This was made apparent in the failure to include Gibraltar in the UK-EU Trade and Cooperation Agreement at the end of 2020.

The British approach, says Anthony, is merely “to go through the motions of protecting us”.

Walking into town, Union Jacks fly overhead and red phone boxes line the streets. Gibraltar’s Main Street has a Marks & Spencer and a Natwest bank. Pubs fill cobbled side streets fused together by a mix of British colonial architecture and Mediterranean style shutters and balconies.

But Gibraltar is neither the sunny expat enclave many Brits believe it to be, the tax-haven colonial outpost some deride it as, or the uniformly pro-European appendage to the Iberian peninsula its referendum result might suggest.

Llanito, a springy form of Spanglish that bounces between British-English and Andalucían dialect, flutters across the terraces. “We are more British than the British,” 70-year-old Richard Mor tells Byline Times in Gibraltar’s Irish Town. “We think in English and translate into Spanish.”

Yet, for all the pubs and pride in the motherland, Gibraltarians delivered an overwhelming 96% remain vote in the Brexit referendum. “We feel much more European than people in England,” says 66-year-old Carol sitting outside Sacarello’s.

While many in Britain voted along ideological or nationalistic lines, Gibraltarians voted along rational, material ones. Where Britain wants more border controls, Gibraltar wants fewer. Where Brexiters claim that migrants take British jobs, Gibraltar relies on thousands of Spanish workers crossing the border every day.

“People didn’t see the referendum through the nationalist lens through which it was presented in the UK,”  Gibraltarian writer M.G. Sanchez says. “It was a choice between what was good for Gibraltar and what could potentially hurt it.”

All that Gibraltarians want from the forthcoming negotiations, Bill Bishop, 56, says, “is to remain how we were”. For him, that means “a fluid border with less controls”. While last year’s framework agreement largely does that, the European Commission’s mandate threatens that status quo.

Gibraltar’s Chief Minister Fabian Picardo has claimed that it “strays unhelpfully from the New Year’s Eve Framework Agreement”, and Foreign Secretary Dominic Raab echoed concerns from London, stating that the agreement “seeks to undermine the UK’s sovereignty over Gibraltar”.

Although some of the mandate’s terms are unrealistic – nobody expects Spanish authorities to handle asylum requests in the territory, for example – and likely to be an opening gambit in negotiations, sovereignty over Gibraltar has become a buzzword in Brexit Britain.

“The EU’s draft negotiating mandate does indeed go further than what was agreed with Spain on New Year’s Eve 2020,” Dr Jamie Trinidad, a Gibraltarian barrister and Cambridge University academic, says. “But this isn’t very surprising, and the story has predictably been blown out of proportion by some elements of the UK press.

“The Treaty of Utrecht is the basis for British sovereignty of Gibraltar and subsequent treaty arrangements relating to freedom of movement, customs, and trade do not change the basic position on sovereignty.”

Ceded to Britain in perpetuity as part of the 1713 Treaty of Utrecht, there is no arrangement that could threaten British sovereignty without the approval of Gibraltarians. If history is anything to go by, that will never happen.

Raab and the Foreign Office know this, and many see his intervention as little more than lip-service to appease Conservative backbench colleagues – born not from concern for Gibraltar or the legal implications on its border, but from a commitment to the broader Brexit project based on symbolism and identity, and not giving ground to Europe.

Spain’s far-right party Vox has regularly used Gibraltar as a ‘blood and soil’ rallying call, and its general secretary, Javier Ortega Smith, has an outstanding arrest warrant there. At a recent rally in La Línea, Macarena Olona, Vox representative in the Spanish Congress, called for the border to be closed and referred to Gibraltarians as ‘piratas’.

The worry that negotiations will become a battle between Britain and Spain with little consideration for Gibraltarians means that some fear the deal, Carol explains, will be “whatever they throw at us… last minute”.

For many, the most offensive element of the draft mandate was the prospect of Spanish border controls at Gibraltar’s airport – something that diverges from the framework agreement and which Raab has termed “boots on the ground”.

In the framework, the border would effectively be moved to Gibraltar’s airport and manned jointly by Gibraltarian and Frontex guards, the pan-European border force that enforces the Schengen area. The recent draft mandate, however, proposes that “Spanish border guards have all necessary powers and obligations to carry out the border controls”, with no mention of Frontex.

“We don’t want Spanish uniformed people here,” Anthony says. “It’s a symbolic, visceral thing.” The Gibraltar-Spain border was closed under Franco between 1969 and 1982, forcing Gibraltar to arrange boat deliveries from Morocco and Portugal.

One local in Jury’s on Main Street, one resident who wishes to remain anonymous recalls how the closure prevented his mother receiving oxygen supplies for her cancer treatment. The memory of that period of isolation is central to both Gibraltar’s historical identity and its relationship with Spain. That legacy, Eddie says, makes Gibraltarians “very sceptical with Spanish agencies on the ground”.

“It has to be Frontex,” Anthony added, while one passing tour guide said simply that Spanish authorities on the Rock would happen “over my dead body”. 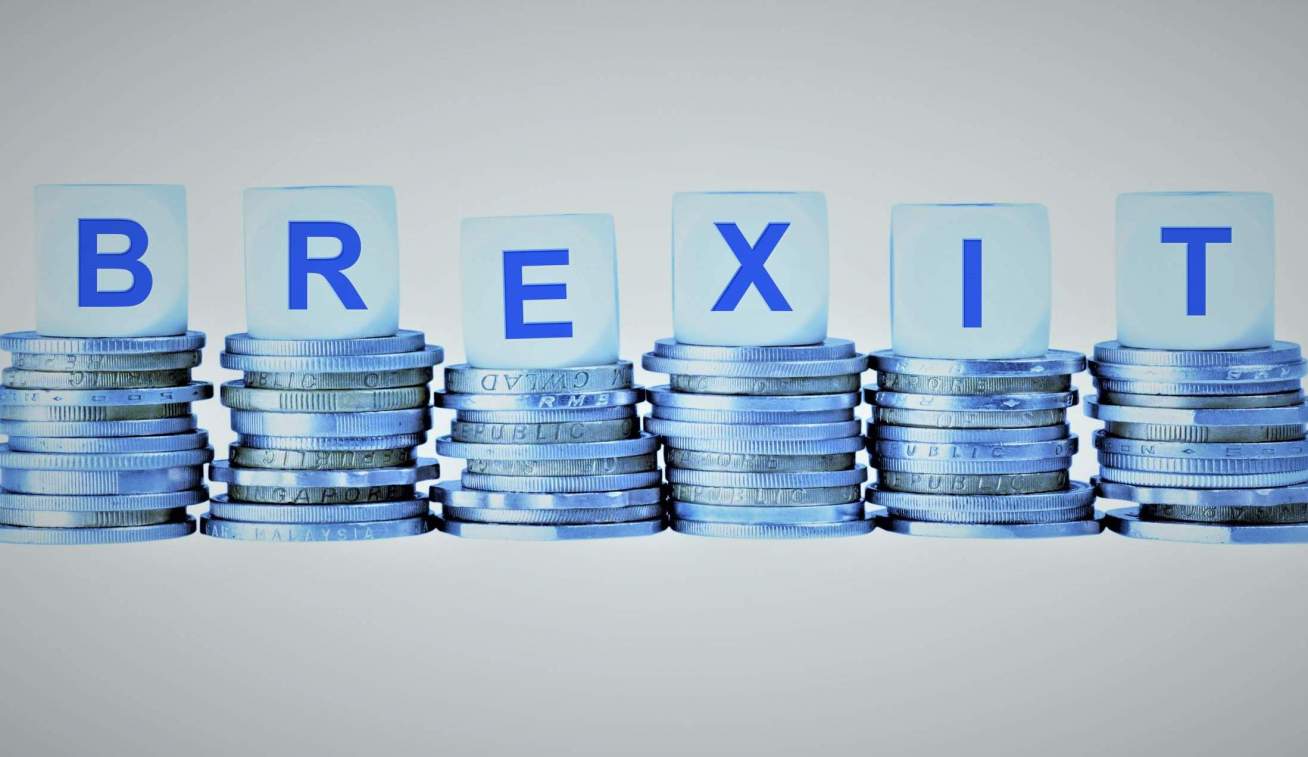 Brexit and the EconomyThe Story So Far

While the framework agreement has preserved the flow of people, the movement of goods is already affected.

Visiting Gibraltar’s Morrisons branch, shelves were sparse and have been for a long time, according to shoppers. One business owner described troubles getting stock on time, and that Morrisons was “half-empty for five or six months”.

Border fluidity is not a solely British concern, however. Maintaining the free movement of people would also be in the interest of the 13,000 Spanish nationals who work in Gibraltar every day; and the wider Campo De Gibraltar area of Andalucía to which Gibraltar accounts for 24% of its overall employment, according to the Gibraltar Chamber of Commerce.

And yet, just as Gibraltarians fear that London could sacrifice their interests for domestic political gain, Spain often overlooks this economic reality in order to score political points of its own, and the volatility of politics across the border looms over negotiations.

Many in Gibraltar fear that any agreement could be torn up if Spain is forced into an election that produces a right-wing Partido Popular government backed by the far-right Vox. Spanish policy, Eddie says, “can change overnight”.

A source with an intimate knowledge of the Gibraltar Parliament warned that, if an agreement is not codified in international law soon, many representatives fear that it could coincide with the unpredictable Spanish electoral cycle and that Gibraltarian interests would be further squeezed by reticence in Brussels to set a favourable precedent for other non-EU, Schengen-bordering states.

For now, Gibraltar waits. It remains to be seen if Britain and Spain will make concessions in order to find a mutually beneficial resolution; and whether the interests of Gibraltarians will be sacrificed to the broader Brexit project, or Spaniards to blood and soil nationalism.

“I honestly have little or no faith on them delivering on Gibraltar,” says 55-year-old Stuart Menez, “unless it aligns with their own self-centred needs”.

“I don’t have much faith in Boris,” Eddie adds.