‘Deception and Possible Fraud’Ministers Accused of Misleading Parliament Over HS2

Lord Tony Berkeley, the deputy chair of Boris Johnson’s review into the high speed rail link, claims the public is being kept in the dark over spiralling costs

Ministers and officials at the Department for Transport (DfT) have been accused of an attempt to mask the spiralling costs of HS2 rail link that one estimate suggests has soared to £142 billion.

Labour Lord Tony Berkeley wrote to Cabinet Office Secretary, Simon Case, last week after he failed to respond to a letter sent in July requesting Case investigate claims that ministers have failed to comply with the Ministerial Code by misleading Parliament.

His July letter includes allegations that paragraph 1.3 of the code had been broken by failing to “give accurate and truthful information to Parliament”, “knowingly misleading Parliament”, and failing to be “as open as possible with Parliament and the public, refusing to provide information only when disclosure would not be in the public interest”.

Berkeley outlined a timeline of evidence stretching back as far as 2015 that he said demonstrates how ministers and officials misinformed Parliament right up to the time the HS2 Phase One Bill received Royal Assent in February 2017, and continued into Phase Two of the scheme despite ministers and officials being aware of the spiralling costs.

“I therefore conclude that the HS2 Phase One Bill received Royal Assent only because ministers misled Parliament multiple times, either by omission or misinformation, and that this misleading has continued with Phase 2A, for a project now expected to cost £142bn,” said Berkeley.

A Timeline of ‘Deception’

In January 2018, Jeremy Harrison, then HS2 Director of Risk and Assurance, gave a presentation to the Association of Project Managers that estimated the total of all contracts for the project could rise to £84 billion.

By October that year, a progress report by the National Audit Office (NAO) warned the DfT that the main civil construction costs were 83% above the target price and HS2 formally notified it that there were significant challenges to the affordability of the programme. However, just two months later, HS2’s chief executive Mark Thurston, told a BBC Panorama programme that the project was “on time and on budget”.

In January 2019, during an evidence session of the House of Lords Select Committee on Economic Affairs, Sir Terry Morgan, former chair of Crossrail and HS2, answered “nobody knows yet” when questioned about whether the project will be on budget. He added: “I think, in the triangle of scope, cost and time, something has to give.”

During the same debate, Conservative MP for Wealden and then DfT minister Nusrat Ghani said: “We are committed to ensuring that we can continue to drive down costs with HS2 Ltd and that the budget will be delivered within the envelope provided at £55.7 billion.”

But Thurston then told a BBC reporter in February that “we have always said that we will really only know what it is going to cost when we get our contractors mobilised”.

The following month HS2 formally notified the DfT that it had breached the terms of the Development Agreement because it cannot deliver Phase One on time or within available funding. It responded by determining the project needed more time to complete its plan of actions – and that previous actions to make Phase One affordable within the available funding had not worked. 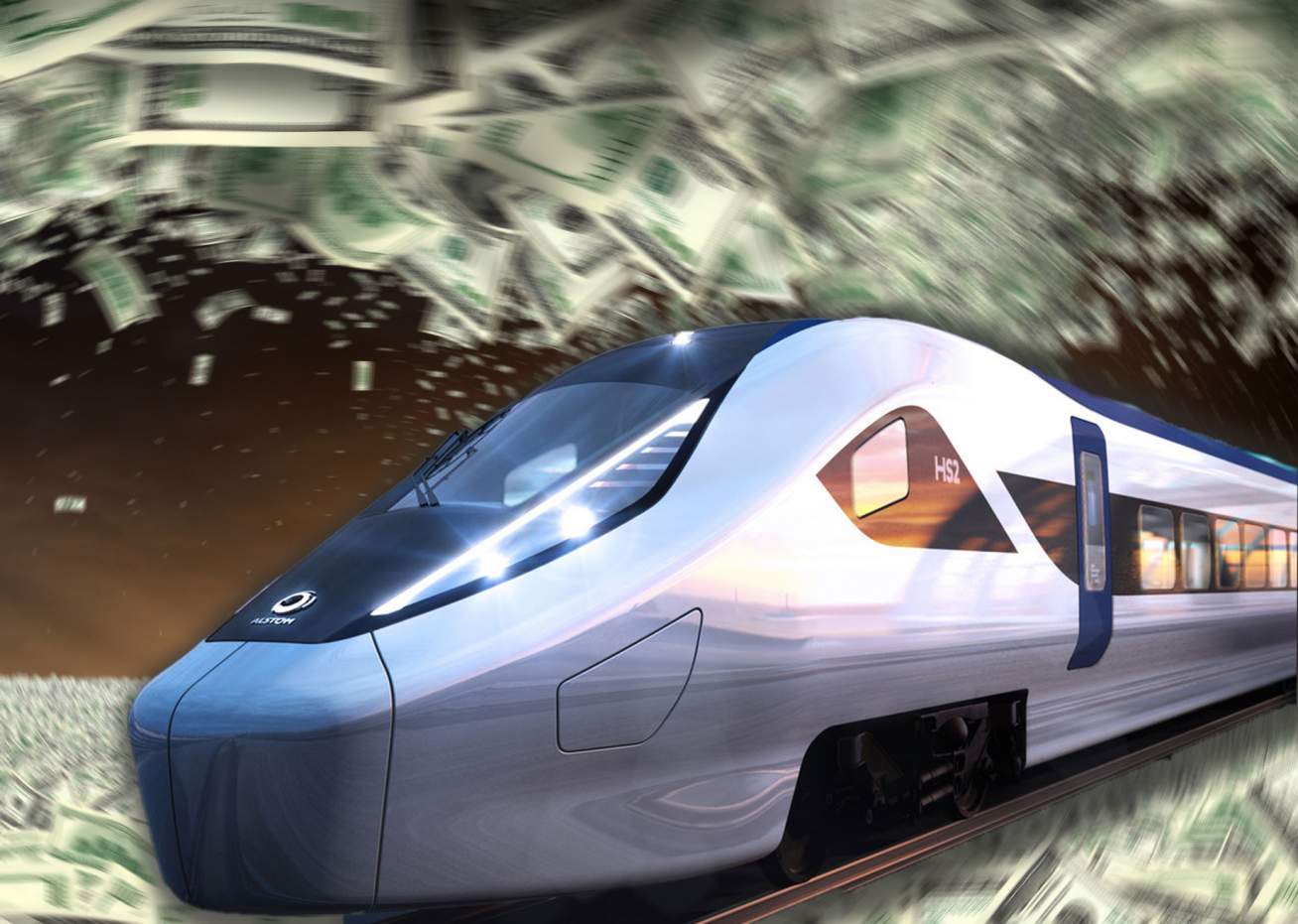 A Freedom of Information request from January this year revealed the minutes of a meeting that took place in April 2019 that included Ghani MP, Clive Maxwell, who was DfT’s director-general for the High Speed Rail Group, chair of HS2 Allan Cook, and the project’s chief finance officer Michael Bradley.

Cook said Phase One could not be delivered within its current scope and budget and forecast a £6-7bn gap and a 2-3 year change in schedule. Maxwell mades the point that the Bill was linked to the current route so that any changes would require going back to Parliament for review.

Less than a week after Ghani was made aware of this information, she did not inform MP’s of  the forecast £7bn increase during a debate in Parliament and instead restated, “HS2 has one budget: £55.7 billion.”

At the start of June, DfT’s permanent secretary Bernadette Kelly, wrote to Cook thanking him for a preliminary draft stocktake. She noted: “We felt that the level of assurances around costs appears to be greater than on schedule.”

Ghani reported to Parliament at the end of the month that the “total funding envelope for HS2 remains at £55.7bn in 2015 prices. The department is keeping a firm grip on costs, and HS2 Ltd is working with its supply chain to ensure that that continues”.

Questions were raised again in July by a number of MPs about the spiralling costs but Ghani maintained that “HS2 will continue on track”. She added: “I stand here to state confidently that the budget is £55.7 billion and that the timetable is 2026 and 2033.”

Nine days later the figures for the stocktake were leaked to the Financial Times. Cook had written to Kelly to warn that the entire rail project cannot be completed within the £56 billion budget, and preliminary findings predicted the final cost could now rise to between £70 billion and £85 billion.

During a Spring update to the House of Commons Public Accounts Committee in March 2020, Tory MP for Bexhill and Battle Huw Merriman, asked why HS2’s annual report in July last year reads like “everything is going swimmingly (..) despite the undercurrent of issues we are talking about. Yet, all of a sudden, it just blows up.”

Conservative MP for The Cotswolds, Geoffrey Clifton-Brown, put it to Kelly that she “had serious knowledge that this project was off track and you didn’t inform the committee”.  Kelly denied saying the project was on track and said she had alluded to other alternatives that were still being pursued to bring the project within budget and scope.

‘The Wrong and Expensive Solution’

Shortly after Boris Johnson became Prime Minister he asked Douglas Oakervee to lead a “quick review” of HS2 which was published in February 2020. He ultimately recommended that the beleaguered project should go-ahead with a price tag of £88bn.

But Berkeley subsequently resigned as deputy chair of the Oakervee Review and slammed the report as “dishonest” and asked for his name to be removed from the credits after a leaked version had been revealed in November 2019.

As part of his own independent review, Berkeley asked cost engineer Michael Byng, whose methodology in preparing cost estimates is now the rail industry standard, to prepare his own evaluation. He estimates the cost of the HS2 including trains, at 2015 prices, to be £142 billion.

Berkeley’s ‘Dissenting Report’ concluded that “HS2 is the wrong and expensive solution”. He said the greatest need and demand for improved rail services is within regions. “Its stated aim of providing better North-South links is just as likely to attract more jobs from the regions to London rather than the other way round.”

Berkeley has continued to keep pressure on the Government. In March 2020 he wrote to transport minister Andrew Stephenson MP to ask why HS2 continues to demolish buildings and structures around Euston Station when ministers have said that HS2 will no longer be responsible for the station area and its integration is subject to a new review.

In July last year, he wrote to Stephenson a second time questioning why Review Points were removed from the Development Agreement for HS2. Berkeley contends that deleting the points from a later version of the agreement removes safeguards to ensure the project stays on track and money is not wasted. 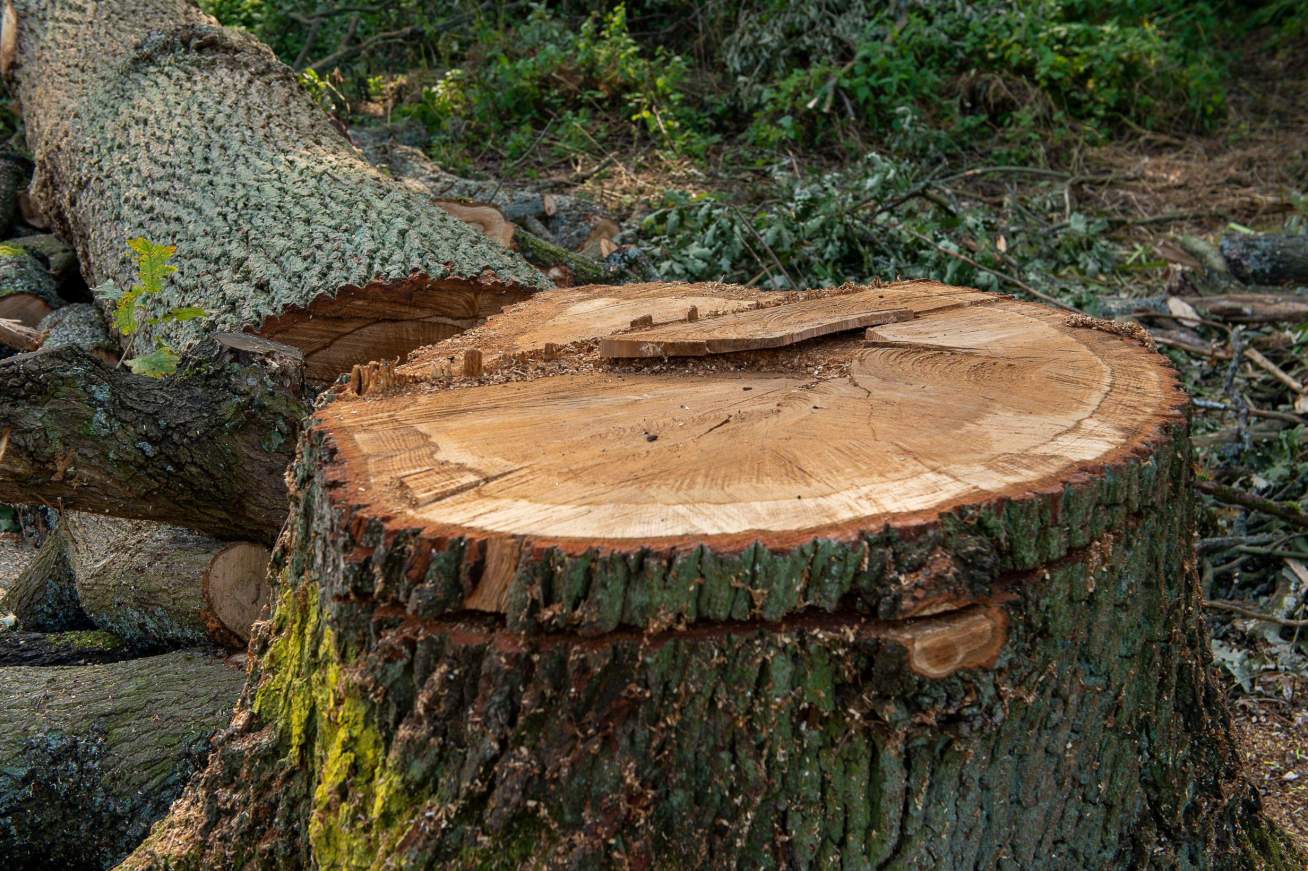 Another contentious issue involved the Wendover Mined Tunnel. Berkeley asked in March 2021 whether an assessment had been made regarding the proposal’s viability and if there are any alternatives.

Stephenson eventually admitted in May this year that HS2 contractors have never conducted a formal assessment of an alternative proposal to build a mined tunnel in Wendover, nor have they ever been asked to.

Speaking to the Byline Times, Berkeley reiterated his belief that the project has been promoted and procured by deception and possibly fraud from the start, and is a project that has been allowed to proceed in stages to ensure that the true costs will only come out when it is too late to change or cancel.

He added: “It’s important because it suggests ministers and the civil service are not really doing their job properly. Combine that with the real problem, which is that you have an overbearing Prime Minister who does not listen to anybody.”

Berkeley said he was disappointed that his letter to the Cabinet Secretary had resulted in a response from the department he was accused of being misleading. The Government said it has responded to the letter from Berkeley on the claims and said there is to be no investigation. It does not accept the £142 billion cost estimate from Byng and contends that Parliament was not misled in either phase of the project.

A DfT spokesperson said: “Bernadette Kelly set out the facts in her published letter to the Chair of the Public Accounts Committee on 10 June 2020. In February last year, this Government reset HS2 and established a realistic budget, strengthened oversight and increased transparency.

“As part of this, a minister now reports to Parliament every six months on progress, including on costs and schedule. The matters referred to in 2019 were during the previous government. At that time, choices on the scope, timing and cost of the project remained open.”

A spokesperson for Stop HS2 said: “They have knowingly misled Parliament with regards to the budget and timescale, which is backed by Lord Berkeley’s evidence. They operate above the law, promoting their green-washing and false stats, it’s time to hold them to account.”