The reality of asylum and refugee resettlements in the UK doesn’t match the rhetoric coming from Government or the right, finds the Byline Intelligence Team

An investigation by the Byline Intelligence Team can reveal that the majority of refugees resettled in the UK between 2010-2020 were from Syria and other Middle Eastern countries affected by war.

The data comes at a time when anti-migrant rhetoric continues to portray people seeking asylum as “economic migrants” and not “genuine” – while the new Nationality and Borders Bill seeks to create a tiered system that would see people entering the UK via so-called “illegal” routes imprisoned.

Of the 29,500 refugees resettled in the UK between 1 January 2010 to 31 December 2020 under the country’s four resettlement schemes, 75% were citizens of Middle Eastern countries. Of these, 68% were from Syria, which has been embroiled in a devastating civil conflict since 2011.

The number of people resettled from Syria dwarfs those from other countries. In the same period, 1,957 people were resettled from Somalia, 1,950 people from Iraq, 1,774 from the Democratic Republic of Congo, and 1,133 from Sudan.

In 2020 and 2021, more Iranian people attempted to claim asylum in the UK than any other nationality. However, people from Syria and Eritrea had the highest grant rate.

Last year, only 353 refugees were resettled in the UK and 9,000 people were offered asylum-related protection at the first decision.

The UK ranks 7th among the EU28 countries when it comes to offering protection to people seeking asylum.

Yet, despite this, the rhetoric coming from Government and right-wing anti-migrant campaigners such as Nigel Farage would suggest that Britain is a ‘soft touch’ on migration.

This perception has helped to shape the Nationality and Borders Bill, which Home Secretary Priti Patel introduced on Monday by saying “the British people have had enough of open borders and uncontrolled immigration.”

Her speech offered misinformation from the start – there are no open borders in the UK. 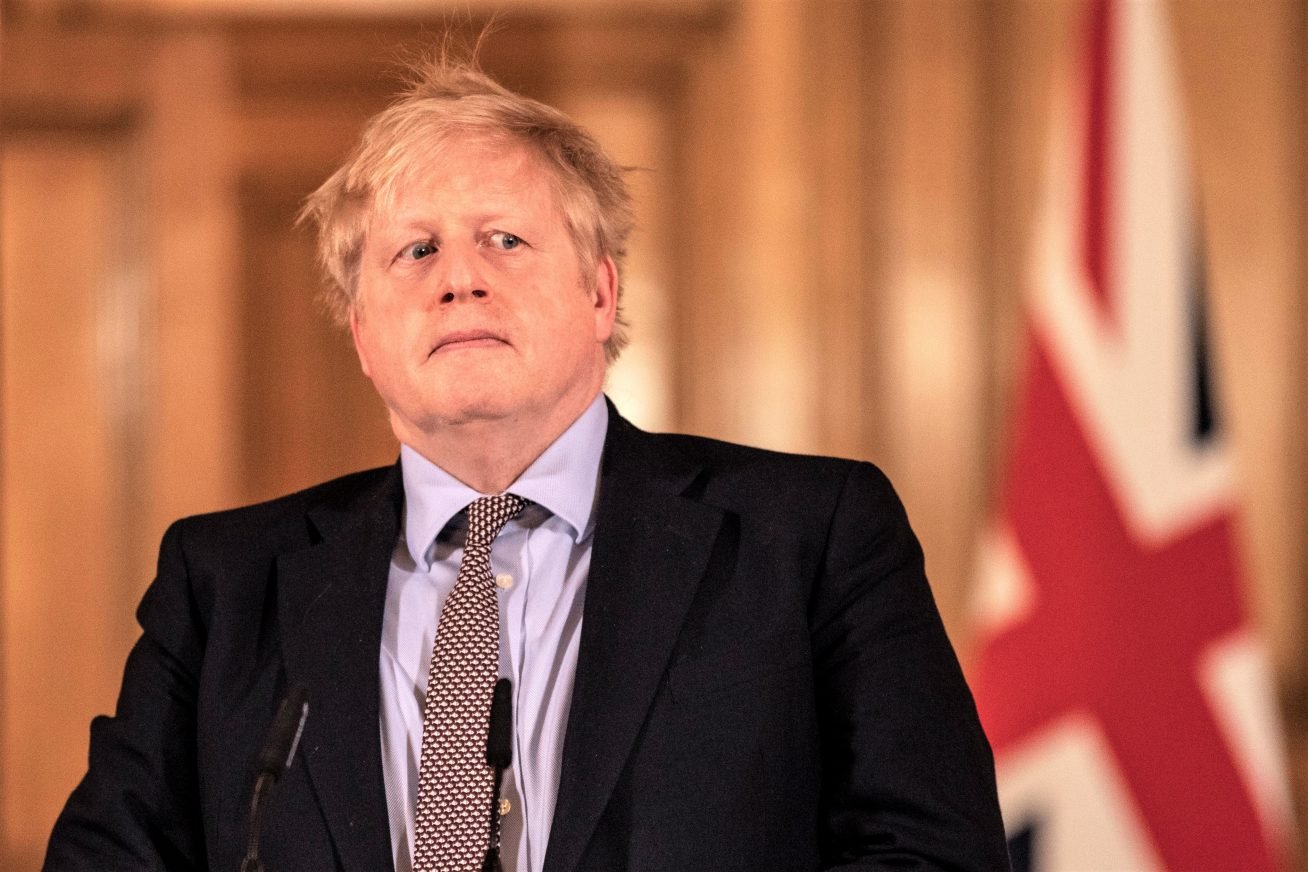 Boris Johnson’s Idea of Freedom is a Form of Oppression

Patel continued to say that the British people “have had enough of economic migrants pretending to be genuine refugees; enough of adults pretending to be children to claim asylum; enough of people trying to gain entry illegally ahead of those who play by the rules; enough of foreign criminals, including murderers and rapists, who abuse our laws and then game the system so that we cannot remove them.”

However, the data shows that far from being a soft touch on asylum and migration, the UK is lagging behind its European neighbours when it comes to welcoming people fleeing war and persecution.

Meanwhile France, the country often accused by anti-migrant campaigners of letting people into the UK from Calais, took 93,474 asylum applications in 2020. In 2019, before the Coronavirus crisis, the UK had 35,566 asylum applications compared to more than 100,000 in France.

Beyond Europe, Lebanon, Turkey and Jordan combined host around a third of the world’s 26 million refugees. The UK, in contrast, hosts 150,000.

The data contradicts the claims made by the Home Secretary during a Home Affairs Select Committee that we are seeing the highest number of people arriving into the UK, although she then clarified she meant via small crafts across the Channel.

Once someone arrives in the UK, they are met by a system struggling with delays. The time taken to process asylum claims in the UK has increased rapidly in the last seven years. At the end of 2014, 78% of all asylum claims received an initial decision within six months. By Q2 2020, that figure was 22%. 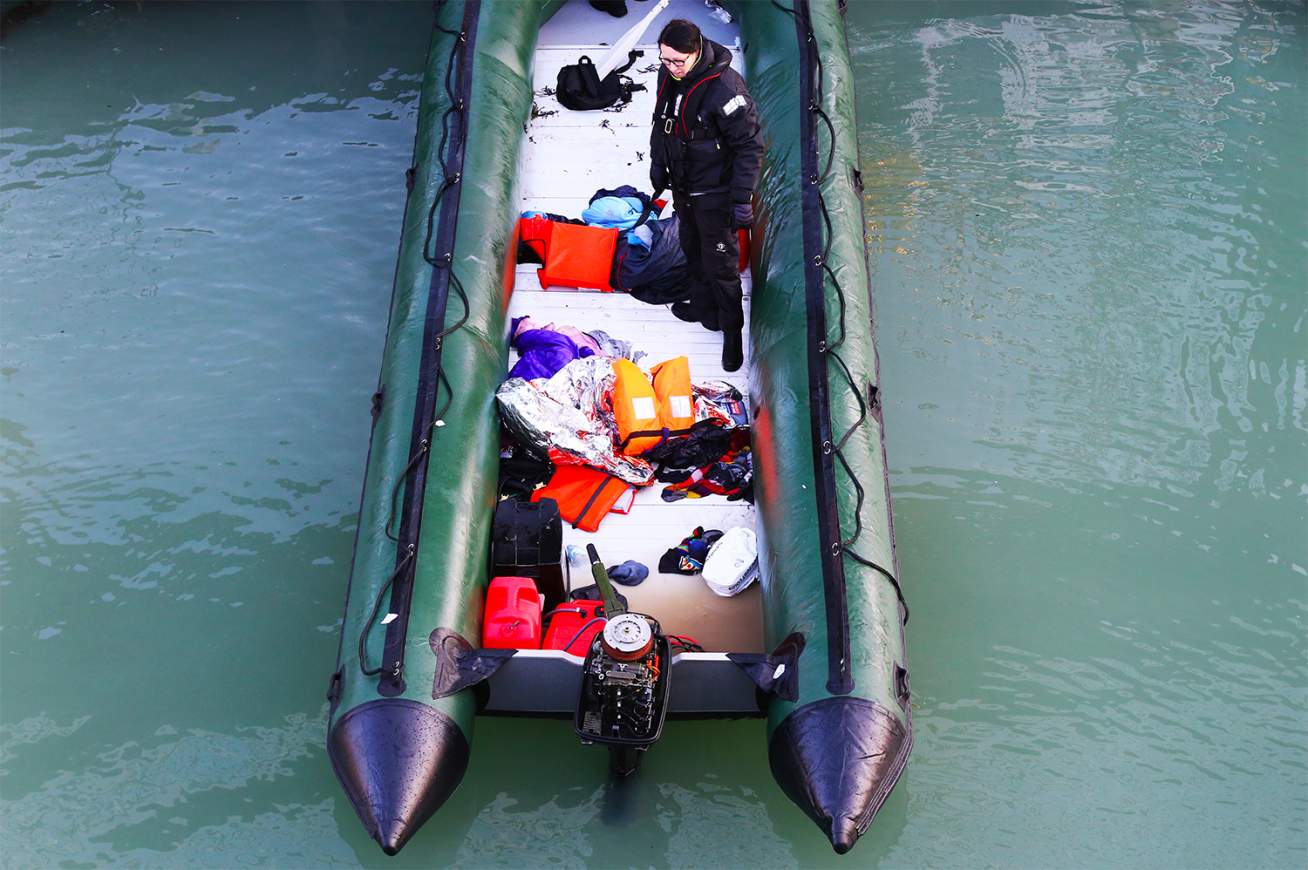 Central to the the Government’s clampdown on migration is the belief that people are coming to the UK “illegally” via small crafts across the Channel – with the Nationality and Borders Bill seeking to jail people arriving into the UK via small crafts while those arriving “legally” will get indefinite leave to remain if their asylum claim is approved.

“Many of those are economic migrants and not just those fleeing persecution,” Patel told the House of Commons.

GB News’ latest signing Nigel Farage has also stoked hostility towards those arriving in the UK on small boats, calling it a “shocking invasion”.

But the data belies the notion that Britain’s south coast is being “invaded”.

Once again, compared to our European neighbours, the numbers arriving into the UK on small crafts is relatively low.

Although the number of asylum seekers crossing the channel has increased 2642% between 2018 and 2020, last year only 8,143 people attempted the journey from France.

The focus on people arriving across the Channel has led to the Home Office declaring that the new plan will target people traffickers and reduce “deadly crossings”. This characterisation is disputed by Refugee Action’s Chief Executive Tim Naor Hilton who said the “lack of options” provided by the Bill “will just force more people into the arms of criminal smugglers”.

Patel has also claimed that a focus on “fairness” will advantage women and children – the majority of people crossing the Channel are men. But this is undermined by the data: 60% of women and children currently accepted as refugees by the UK would be turned away under the Government’s New Plan for Immigration, according to Together with Refugees.

He continued: “What makes it worse is there is nothing in this legislation that increases protection, despite ministers pledging to create new routes to safety. This is simply a crackdown on traumatised people whose only wish is to build a new life here.”