In the first two parts of her series on CitizenGO, Sian Norris looked at who is behind the anti-rights movement in Spain. In this third article, she explores how the organisation operates in the Global South, including its attack on sexual and reproductive rights in Kenya

In 2019, Kenya’s Reproductive Healthcare Bill was put before politicians, asking them to vote to “provide a framework for the protection and advancement of reproductive health rights for every person” and “create an enabling environment for the reduction in maternal morbidity.”

It was written in a context where maternal mortality in the country is about 6,000 deaths each year – 17% as a result of unsafe abortions.

Abortion is permitted in Kenya when there is need for emergency treatment, a threat to the life or health of the mother (this includes if a pregnancy is the result of rape), or in cases of severe or fatal foetal abnormality. The Bill reaffirmed these exceptions, allowing abortion in these strict circumstances up to the end of pregnancy.

However, because the Bill makes clear that everyone is entitled to reproductive healthcare services, anti-abortion campaigners launched objections, claiming it “legalises abortion by the back door”. They also objected to the Bill’s demand for sex education, increased access to contraception and improved assisted reproduction rights.

An online campaign succeeded in August last year of suspending a vote on the Bill, frustrating attempts to, for example, ban forced sterilisation of women living with HIV.

Who was behind that online campaign? The Spanish-based anti-gender group CitizenGO.

The Unchanging Face of Anti-Rights Activism in East Africa

In the first decade of the 21st Century, the face of anti-rights activism in East Africa was white, American and mostly but not exclusively male.

Take for example Scott Lively, the homophobic Pastor who was partly behind Uganda’s stringent anti-gay laws imposed in 2014. At the time, Ugandan LGBTIQ-rights campaigner Frank Mugisha said the Bill “is essentially his creation”.

The organisation’s focus has long been on Africa, with Slater forging close ties with antigay African activists like Ugandan pastor Martin Ssempa. Slater supported anti-gay laws as being an act of “compassion” towards LGBTIQ people, arguing that by reinforcing a culture hostile to homosexuality, LGBTIQ people will be encouraged to unlearn their same-sex attraction.

While anti-gender activists often claimed that LGBTIQ rights and abortion were examples of neo-colonialism – Western values being imposed on East African nations – in truth, the actors pressuring for crackdowns on human rights were white and western themselves.

Recently however, the face of anti-rights activism in Kenya has started to shift to, as one Kenyan human rights campaigner described it to Byline Times, “look like me, talk like me, and be just as credible as I am.”

Ann Kioko, who led the charge against the Reproductive Healthcare Bill, is an example of this. She spoke in March about the “cultural imperialism and ideological colonisation” where “Westernised countries feel like they know everything and can tell countries like mine how to act on social, moral, religious or cultural issues.” She accused the West of “promoting ideological and controversial agendas that they try to impose on us.”

And yet behind the scenes it is the same old Global Northern faces who are pushing an anti-right, anti-gender agenda in the region.

Ann Kioko is the face of CitizenGO Africa. But CitizenGO itself is a Spanish organisation close to the nation’s far-right Vox party and the brainchild of Ignacio Arsuaga, founder of anti-gender campaign group HazetOir. It is linked to wider European anti-gender groups including Women of the World Platform, Profesionales por L’Ethica, World Congress of Families and Agenda Europe.

In East Africa, CitizenGO is exporting its model of petitions that seek to deny women and LGBTIQ their human rights – including to health, family life and expression. Kenya in particular has become a flourishing target for CitizenGO initiatives due to is conservative society and lack of sufficient education on sexuality, equality and gender roles.

Not only did it claim credit for shelving the Reproductive Healthcare Bill, in 2018 it launched a petition that forced reproductive healthcare providers Marie Stopes to close its 23 clinics spread over Kenya. It has also launched campaigns against comprehensive sex education and engages in aggressive billboard activity using graphic anti-abortion imagery.

The actions of CitizenGO and the signatories to its petitions represent the anti-rights movement in the Global North imposing its agenda on the Global South – using a coalition of grassroots activists, social media influencers and its own network of supporters to stymie sexual and reproductive rights across the region. 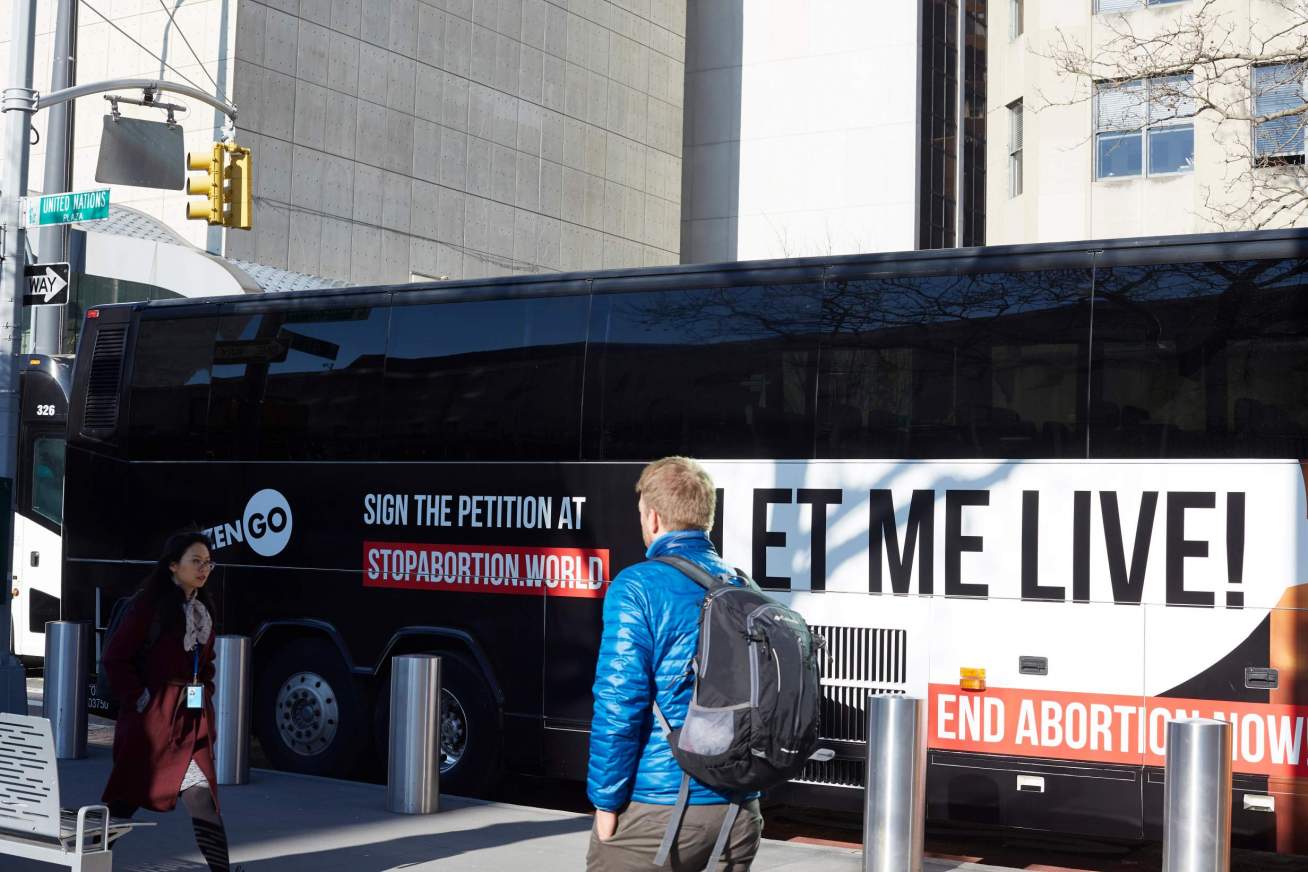 Before Ann Kioko became the face of CitizenGO Africa, she was the Program Manager for the Kenya Christian Professionals Forum.The Forum runs legal and social development campaigns to achieve its vision of a “wholesome and productive society that upholds biblical values.”

It is a partner of Spain’s Women Of The World Platform, which in turn is partnered with CitizenGO. Women of the World Platform is also linked to the World Congress of Families – a US initiative set up by CitizenGO board member Brian Brown.

The World Congress of Families is an annual event that brings together anti-gender actors to network, strategize and promote their agenda. In 2017 it took place in Budapest, with Prime Minister Viktor Orban the star speaker; the following year Italy’s far-right politician Salvini spoke at the congress in Verona, calling the audience “the Europe we would like to see.”

In 2017, the Congress hosted its Africa regional conference in Nairobi. Speakers included Sharon Slater, the Congress’ Don Feder, and Michael Hichborn, President of the right-wing Lepanto Institute. Hichborn presented on behalf of the Population Research Institute.

The lead conference organiser was Ann Kioko of CitizenGO Africa.

The Kenya Christian Professionals Forum is connected to the East Africa Center for Law and Justice (EACLJ) – a branch of the American Center for Law and Justice (ACLJ) led by former Trump attorney Jay Sekulow. It was founded in 1990 by the evangelist and radical-right Republican Pat Robertson and its European branch the ECLJ. The latter submitted a brief last year in support of Poland’s ban on abortion in cases of foetal defect.

The EACLJ launched in Nairobi in 2010, at a time when Kenya was debating a new Constitution that included amendments to its penal code on abortion. The Constitution was opposed by US Republican Chris Smith, who travelled to Nairobi where he was hosted by The Kenya Christian Professionals Forum. It was also vehemently opposed by the ACLJ which pledged to spend “tens of thousands of dollars” on the effort to defeat the Constitution, before opening its Kenya office.

Once again, lurking behind Kenya’s anti-rights movement are religious-right anti-gender giants from the Global North. While Kioko is completely correct that “cultural imperialism is a new type of racism”, it is one US and European religious-rights organisations are guilty of – not the many East African men and women campaigning for sexual and reproductive rights for their fellow citizens.