The murder of George Floyd in Minneapolis by a police officer in May 2020 unleashed a wave of protest, debate and education. But while the statues of slave traders were toppled and social media users filled their timelines with black squares, were elected representatives listening?

New data shows that use of the word ‘racism’ doubled in the House of Commons and House of Lords in the year following Floyd’s murder.

Among the politicians who used the term most in the Commons were Shadow Home Secretary Nick Thomas-Symonds and Labour MP for Streatham Bell Ribeiro-Addy.

Taking a longer perspective, it seems that Floyd’s death accelerated a trend that has seen a greater focus on racism in Parliament. Since 2010, use of the term has increased 577% across both houses.

The data raises a simple question: does this represent progress?

Firstly, there is the question of whether political discussion translates into real-world action. Maurice McLeod, social commentator and CEO of anti-racism organisation Race on the Agenda, told Byline Times that he was not surprised to see the increased use of the word in Parliament, but added: “Racism needs to be more than just a talking point. I’m glad racism is being spoken about more, but racialised communities need more than talk, we need transformative action.”

Indeed, indicators of inequality do not give much cause for optimism.

In 2007, the Joseph Rowntree Foundation reported that people from minority ethnic groups were, on average, much more likely to experience income poverty than white Brits, with people from Bangladeshi, Pakistani and black African backgrounds suffering the highest rates of poverty.

It goes on. This year, analysis conducted by the charity Action on Armed Violence (AOAV) concluded that black people were three times more likely to be killed in London than other ethnic groups and four times more likely to be convicted of murder. Research also showed that people from black and south Asian backgrounds had increased risks of death involving the Coronavirus.

It’s not just deprivation that affects black and minority ethnic communities; racist abuse is thriving. The Guardian found in March that UK schools recorded more than 60,000 racist incidents in the past five years. Most recently, the Football Association had to condemn a vitriol of racist abuse towards England’s Bukayo Saka, Jadon Sancho and Marcus Rashford after the Euro 2020 final defeat by Italy on Sunday.

Then there is the question of whether racism is increasingly being used by politicians in the so-called ‘culture war’.

Records of parliamentary debates over the past year show that many MPs used the word ‘racism’ in discussions highlighting racial inequality in Britain. Other mentions of the term touched on more fractious political subjects, like when Conservative MP Lee Anderson complained in September 2020 that politicians and the public should not be called “fat old racists” because they voted for Brexit, to which Leader of the Commons Jacob Rees-Mogg replied that charging people with racism “lowered the whole tone of our politics”. 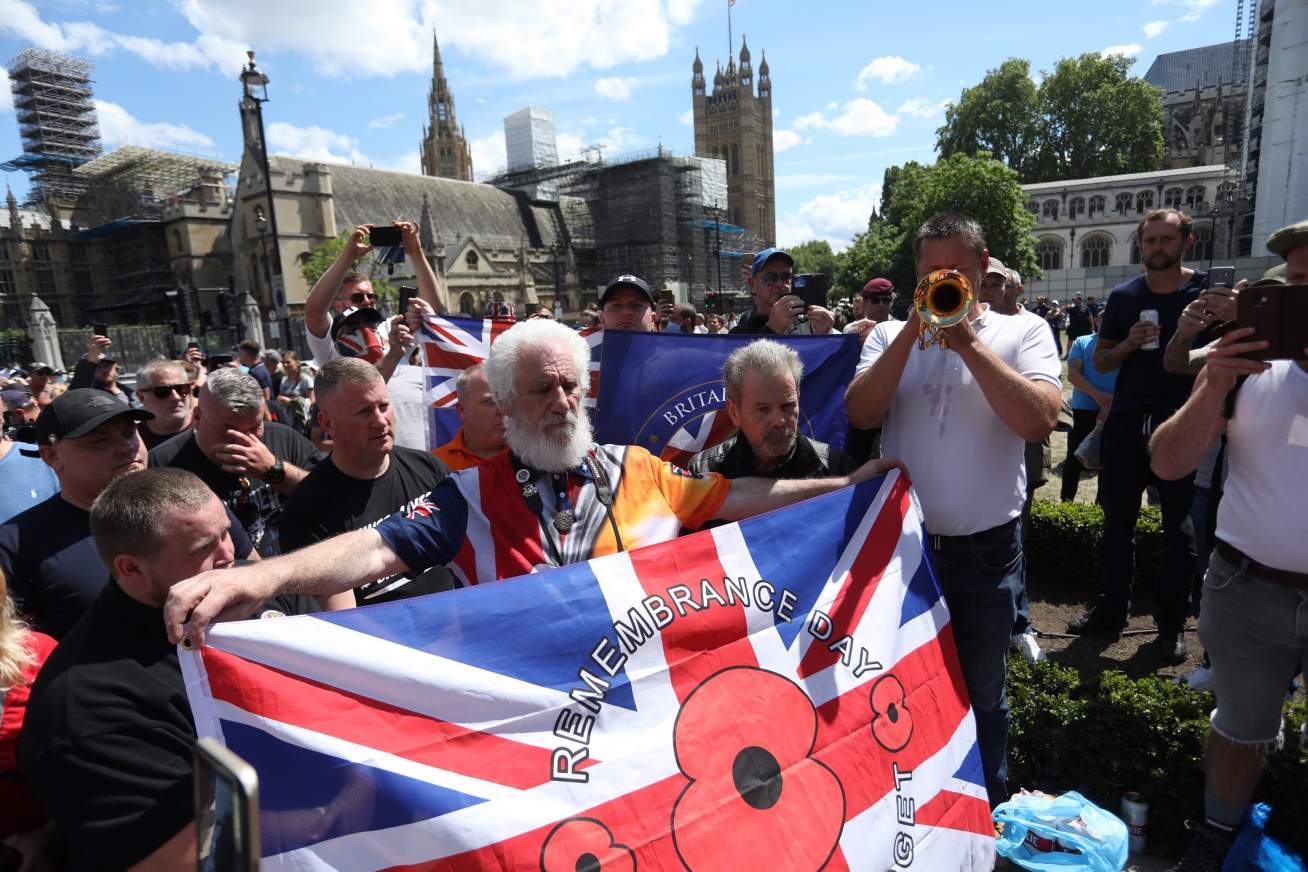 Recent Government reviews have also been accused of stoking political flames. A March report from the Commission on Race and Ethnic Disparities said that the UK no longer had a system rigged against minorities. This led to a row and a United Nations working group accusing the publication of “an attempt to normalise white supremacy”.

An Education Select Committee report in June was met with equal fury when it said that the term “white privilege” was divisive. A Labour MP involved in the report denounced it as a “disgrace” that attempted to “stoke the culture war by scapegoating them [ethnic minorities] for the poverty endemic in ‘left behind’ communities”.

Looking at the broader picture, a spokesperson from the Institute of Race Relations (IRR) told Byline Times: “What seems to be happening... is the use, by some parliamentarians, of a very divisive narrative that suggests that measures against racial discrimination penalises white people.”

They insisted that “racial justice expands social justice for everyone” and added that “the promotion of culture wars is a poor riposte to demands for racial justice across education, housing, immigration, and criminal justice”.

In this context, critics argue that data showing increased mentions of racism in Parliament merely highlight attempts from MPs to raise the issue in the face of stubborn Government denial.

McLeod told Byline Times: “I’m worried that the Government’s response to the calls for change has been to attempt to change the narrative rather than actually tackle systemic racism.”

He said that Government rhetoric focused on disputing whether a problem existed, instead of debating how to achieve a fairer society. “You can’t fix a problem you don’t acknowledge is there,” McLeod added.

The IRR spokesperson concurred: “Not just in Parliament, but across the country, there is a battle between those who want action on racism, and those who would deny it exists.”