The ‘culture war’ waged by Boris Johnson and Priti Patel relies on fear and silence – which is why Tyrone Mings’ intervention has been so powerful and unprecedented, says Sam Bright

“For hundreds of years, the establishment was careful to keep conventions within acceptable limits while its elite members used them to maintain and strengthen their position,” wrote Stephen Colegrave in these pages last week – predicting that the demolition of convention by Boris Johnson’s Government will tear down the façade that protects Britain’s elite class.

It is a sentiment that has morphed into reality over the past 24 hours.

Several England football players have suffered racist abuse following the team’s knife-edge loss against Italy on penalties in the Euro 2020 final. The Home Secretary said that she was “disgusted” at the venom directed at the players, a statement that England centre-back Tyrone Mings pointed out was full of hypocrisy. The Aston Villa player accused Priti Patel of “stoking the fire” at the beginning of the Euros by saying that it was acceptable for fans to boo players for taking the knee.

The intervention from Mings has been celebrated as an act of unprecedented bravery from an elite footballer. The long-established protocol is for sportsmen and women to remain out of politics. Like teachers or vicars, there is an underlying expectation that their political views – no matter how strongly felt – will remain private.

But since 2016, the norms of political debate have been obliterated. The Vote Leave message during the EU Referendum campaign was premised on emotive hyperbole, consciously anti-deferential and distantly attached to the facts. The unwritten rule that politics should be guided by basic moral values and standards of truth – and that public experts should be respected – was forgotten.

This has been carried into Downing Street by Brexit’s chief protagonist, Boris Johnson, who has inverted the Nolan principles of public life, which guided office holders towards higher standards of honesty and integrity. 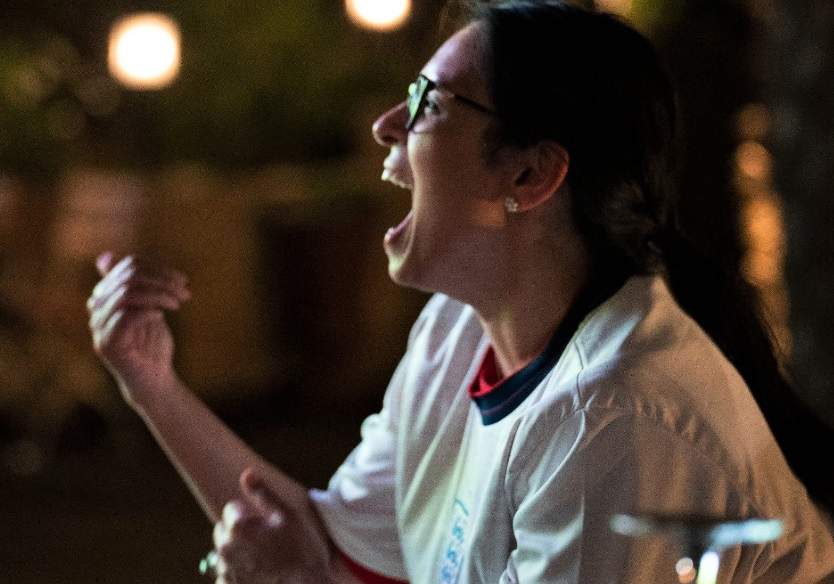 Yet Johnson and Patel have now been swallowed by the vacuum that they helped to create.

By dismantling the idea of authority and the status of those who wield it, Vote Leave facilitated the nationalist populism from which the campaign derived its support. But the consequences of this now saddle Johnson’s regime – empowering those who oppose the governing Conservative oligarchy.

“You shouldn’t be able to go around accusing the Home Secretary to her face of stoking racism and still play for England without an apology, submission and period of being unavailable for selection,” conservative commentator Andrew Lilico lamented on Twitter. “The world can’t work like that.”

But herein lies the nub of the issue: in a political climate where norms no longer govern behaviour, an England football player can accuse the Home Secretary of stoking racism without contrition. Some people will believe that this is justified and others not – but it is fair game in Johnson’s post-convention politics.

Johnson and Patel wrongly believed that they would be insulated from the political climate they have created. They managed to sustain this illusion for so long due to their careful selection of political targets – demonising those who can’t fight back. From asylum seekers to Turkish migrants to benefits claimants, the Vote Leave regime has strategically targeted marginalised groups lacking political agency.

Even when the Conservatives and their allies have blacklisted groups that possess greater clout, these targets are often bound to silence. The BBC and the judiciary, for example, are required to maintain their impartiality, so they lack the means to repel political attacks – no matter how low the Government stoops.

Patel and Johnson appear to have made this latter calculation in relation to the England football team – believing that no matter how many assaults were mounted, none of the players or staff would ever throw a counter-punch. As Hardeep Matharu and Peter Jukes observe, this was a high-risk strategy. The BBC and the judiciary have symbolic importance, but they boast neither the popular following nor the devotion that is solicited by England’s footballers – especially in the context of their best performance in a major tournament since 1966.

A ‘culture war’, which has until now largely been fought within the Westminster bubble, has broken out among a much wider public audience – pushing the Conservatives into retreat.

But while the Vote Leave campaign destroyed political conventions – empowering dissent from previously restrained actors – there is still a degree of reticence from the England team as a whole. Its manager, Gareth Southgate, penned a memorable article prior to the tournament, explaining why his players would be taking the knee, but he didn’t single out any opposition individual or group for criticism. Arguably, the most political of the squad up to this point, Marcus Rashford, has been similarly careful to avoid direct conflicts.

However, it seems as though the barrage of hostility faced by the England team pushed Mings over the edge. He no longer felt bound to the convention of silence that previously muted the national team and was motivated to protect others.

By playing ‘divide and rule’, stoking conflicts based on identity and race, rigging public appointments and the procurement of contracts, the Government has cultivated its own rebellion. There is a basic belief among voters that politicians should play by the rules – as the backlash to the expenses scandal demonstrated. This is radically opposed to the instincts of Johnson and his Government.

Tyrone Mings’ reaction is as an attempt to preserve the rules of decency and morality that are threatened by the Vote Leave Government. Some conventions are worth protecting; others are not.