Wil Crisp reports on exclusive data showing that more than 11,000 criminal cases collapsed in less than two years amid a crisis in evidence storage

Thousands of criminal court cases are collapsing in England and Wales every year due to missing and lost evidence – raising concerns about the potential for serious miscarriages of justice, Byline Times can reveal.

A total of 11,736 cases collapsed due to key evidence being missing between the start of October 2018 and the end of June 2020, according to data acquired by Byline Times through a Freedom of Information request.

Of these, 21 were homicide cases and 220 were sexual offence cases. A total of 2,146 cases involving bodily harm or the threat of bodily harm collapsed due to missing or lost evidence over that time period, as well as 1,505 cases involving theft or handing stolen goods.

The figures come in the wake of the publication of data showing that the Metropolitan Police had recorded a total of 1,343 pieces of evidence as lost between the start of 2013 and May 2020.

Organisations that monitor the police have seen increasing problems with evidence storage since the central Forensic Science Service (FSS) – which analysed crime scene evidence – was controversially shut down by the Government in 2012. The closure of the FSS shifted some of its duties to private sector companies, as well as to the 43 police forces in England and Wales – increasing the police’s responsibilities when it comes to storing and transporting evidence.

Carole McCartney, a professor at the School of Law at Northumbria University, who has been researching evidence storage practices in the UK with the charity Inside Justice, told Byline Times that the existing system is in need of urgent reform.

“The number of cases that are collapsing due to missing evidence is shocking and unforgivable, but I’m not surprised because we know from our research that significant volumes of evidence are being lost,” she said. “There are so many horror stories. Police forces don’t have the space or expertise to deal with evidence in the appropriate way.”

Police forces in England and Wales are using a variety of systems to categorise and store evidence with very little standardisation, according to Inside Justice’s research, which has shown that few police officers know about the existing standardisation guidelines and even fewer are following them.

“There is a lot of contamination of evidence and an inability to deal with digital evidence,” said Prof McCartney. “It’s chaotic and it ends up with a lot of exhibits being wasted and lost. We’ve heard accounts from police officers who have had to go to the homes of victims to tell them they can’t prosecute because evidence has been lost.

“We are also seeing people who want to appeal their convictions, but they can’t because evidence has been lost. Police officers have told us that evidence is not being recorded properly and is being stored casually around police stations – occasionally with stashes of seized illegal drugs kept in insecure locations, like personal office desks, where they sometimes go missing. It’s scary. The whole system is disintegrating.”

Three-quarters of police officers surveyed by Inside Justice had seen evidence lost or destroyed, often directly impacting the outcome of investigations. Prof McCartney believes that inspection and disciplinary regimes must be put in place to identify when evidence is lost and to punish officers who have lost it.

“The issue of evidence retention and storage needs to become be part of Her Majesty’s Inspectorate of Constabulary and Fire and Rescue Services’ inspection regime in order to make it crystal clear to forces that this job must be done properly,” she said. “It cannot be right that police can lose or destroy evidence without any consequence.”

Inside Justice has worked on several appeals cases – including murder cases – where evidence has been lost, destroyed or contaminated on a large scale.

Mohammed Qasim, a visiting research fellow in criminology at the London School of Economics, believes that police forces need to be transparent about why so many cases are collapsing due to missing and lost evidence.

“We are seeing extremely serious crimes like homicide and sexual assault collapsing because of missing evidence,” he told Byline Times. “At the same time, we know that police forces are losing large quantities of evidence every year – and this poses questions that need to be answered.”

Cases recorded by the Crown Prosecution Service (CPS) as collapsed due to missing evidence include those where evidence was lost or destroyed before the court hearing – as well as cases where the police or other organisations failed to obtain key evidence. They also include instances when police and the prosecution failed to disclose relevant evidence to defence lawyers.

In 2019, The Times revealed that, over a period of nine months, more than 1,000 cases were discontinued because of failures in evidence disclosure. The CPS declined to provide a breakdown of how many of the cases collapsed due to evidence that was lost by police forces after it was gathered, stating that “no further breakdown of the figures is available”.

Loss of evidence in important cases has long plagued police forces in England and Wales. In 2016, it was revealed that a key piece of evidence in the Stephen Lawrence murder investigation had lay hidden in police files for 21 years because of a clerical error. Meanwhile, in 2012, a review found that the multi-million-pound prosecution over the murder of the private detective Daniel Morgan collapsed because police lost four crates of evidence.

“The reality that thousands of cases are collapsing because of missing evidence is an absolute shambles,” Qasim said. “Increased transparency is needed as a first step in holding the right people accountable for the missing evidence – but as things stand the relevant authorities are not willing to release this data.” 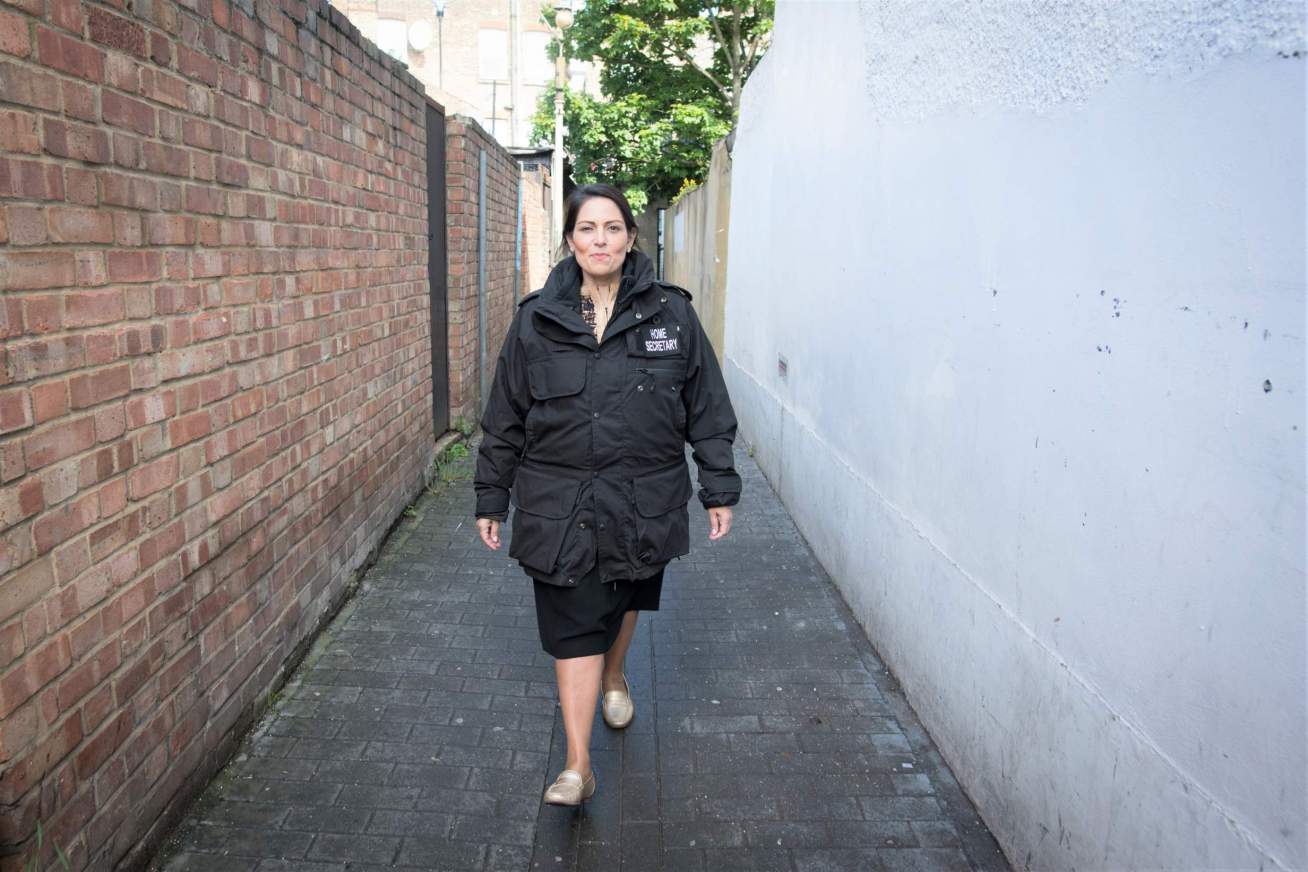 The collapse of rape and sexual assault cases due to missing evidence is of particular concern to women’s rights organisations. Lost evidence related to rape allegations has caused major disruption to a large number of cases over recent years, according to the Centre For Women’s Justice. The organisation has reviewed several cases where police forces have lost video testimony given by a victim, forcing them to choose between repeating the lengthy interview processes or abandoning their attempt at achieving a successful prosecution.

“In the cases that we deal with, evidence lost by the police is a recurring issue,” said Kate Ellis, a solicitor for the Centre For Women’s Justice. “I am currently acting in a case where the police lost all of the victim’s video-recorded interviews and at least one digital device belonging to the suspect. Another of my colleagues has reviewed at least three cases involving lost evidence, one of them very recently. In at least one of these cases it is believed that the suspect is a repeat offender, making the botched investigation all the more shocking.”

Over recent years, the number of rape convictions in England and Wales has hit a record low, according to CPS data published in March 2020. In 2019-20, 1,439 suspects in cases where a rape had been alleged were convicted of rape or another crime – half the number recorded three years prior. The number of completed prosecutions in ‘rape-flagged’ cases was the lowest since tracking began in 2009.

On 19 October last year, the Met Police’s Assistant Commissioner Nick Ephgrave was questioned by the London Assembly’s Police and Crime Committee about the large quantity of evidence lost by his force. He was unable to provide any details about what evidence had gone missing or why.

According to Freedom of Information data, since the start of 2013, the Met Police has lost evidence including dozens of lab results, CCTV footage, computers, drugs, weapons and ammunition. Ephgrave said that the missing evidence was “regrettable” and “not something we’re proud of” – but did not commit to an internal review. He also said that he was unable to provide details on whether the evidence lost by the Met had led to multiple rape cases collapsing.

The CPS told Byline Times that “we work closely with police to address evidential issues in a case where possible”.

A spokesman for the National Police Chiefs’ Council said: “Police and the CPS work together to ensure evidence is gathered and presented in a timely manner. When evidential issues occur in a case, the CPS will raise this with police for any action deemed necessary.” 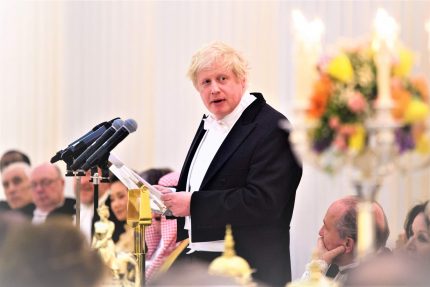 Patrick Elliot, 6 September 2021
The Aquind Interconnector project could be ‘dangerous’ and ‘completely against the national interest’ a Conservative minister has warned 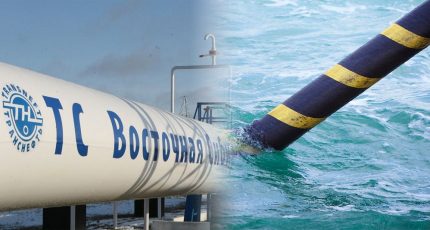 Katie Tarrant, 26 August 2021
In a special investigation, Katie Tarrant reveals how the Home Office has taken the phones of more then 7,000 migrants without any official policy in place to do so – a practice now being challenged in he courts 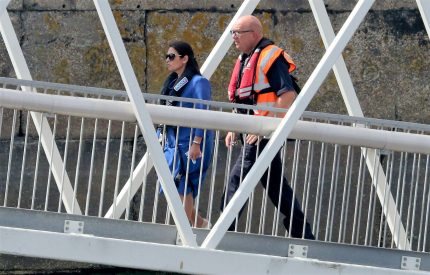