The ‘Empire Man’ was the male embodiment of the British Empire. This heroic adventurer was the celebrity of his age, commemorated in countless bronze effigies now the focus of ‘culture wars’ over our imperial past. The debate rightly concentrates on the actions of these men rather than their character, but an examination of the true nature of this archetype reveals some of the powerful contradictions in the very psyche of imperialism.

An infantile, conflicted figure, particularly in emotional and sexual matters, Empire Man was the child who never grew up. In 1922, George Santayana offered this tribute to the British Empire: “Never since the heroic days of Greece has the world had such a sweet, just boyish master.” Whatever we might think about the accompanying qualities of “sweet” and “just”, it is “boyish” that resonates with a disturbing sense of arrested development. Both narcissistic and self-hating, with a terrible fear of the adult, and therefore sexual, self, the archetypal Empire Man conjures a roll-call of supremely repressed and sexually ambiguous individuals.

Gordon of Khartoum, Lord Kitchener, Cecil Rhodes, Robert Baden-Powell, Hector MacDonald, T. E. Lawrence – come on, spot the happy heterosexual. It would be foolish to attempt to ‘out’ any of these men, it is what they didn’t do sexually that becomes as significant as what they did, and how this denial was sublimated into great power through a heroic sense of stoicism.

Often this manifested itself as corporeal self-disgust.

General Gordon declared that he applied promises to his soul but curses towards his body and admitted that “I wished I was a eunuch at 14”. He had a fondness for street urchins and rough sailor lads, whom he would invite to bathe at his house in Chatham, where he would ritually scrub them clean. He developed a suicidal mania that culminated in his ‘martyrdom’ at Khartoum, a Freudian death-wish that clearly opposed his sexual or life instinct.

Kitchener barred married men from his officer corps in the Egyptian army, surrounding himself with a coterie of young subalterns, known as the ‘Band of Boys’. There were rumours about his sexuality even in his lifetime. A Reuters correspondent commented that he “has that other failing acquired by most of the Egyptian officers, a taste for buggery”. He became famous for subjugating both himself and his surroundings, supervising forced labour in the Sudan and a system of concentration camps in South Africa. He cultivated a series of intense male friendships, culminating in his attachment to Captain O A FitzGerald, his constant companion until his death in 1916. He remains the consummate authority figure of Empire, an icon on the panoptical recruiting poster: moustachioed, accusative, avuncular (clearly a precursor of George Orwell’s Big Brother).

Cecil Rhodes also employed many young unmarried men on his staff. As soon as any of his lads married, he would dismiss them. Even Rhodes’ official biographer described a relationship with one of his private secretaries in these terms: “He liked Johnny to be near him. The two had many little quarrels, on one occasion for a couple of days they hardly exchanged a word. They were not unlike two school boys.” Another of this empire-builder’s companionships was observed as “an absolutely lover-like friendship”. Again, there is no evidence of any consummation of this desire but the rewards for self-denial were very great. Never mind the astonishing wealth he accumulated, Rhodes had two whole countries named after him. The land grab that he instigated in what is now Zimbabwe still has disastrous implications. 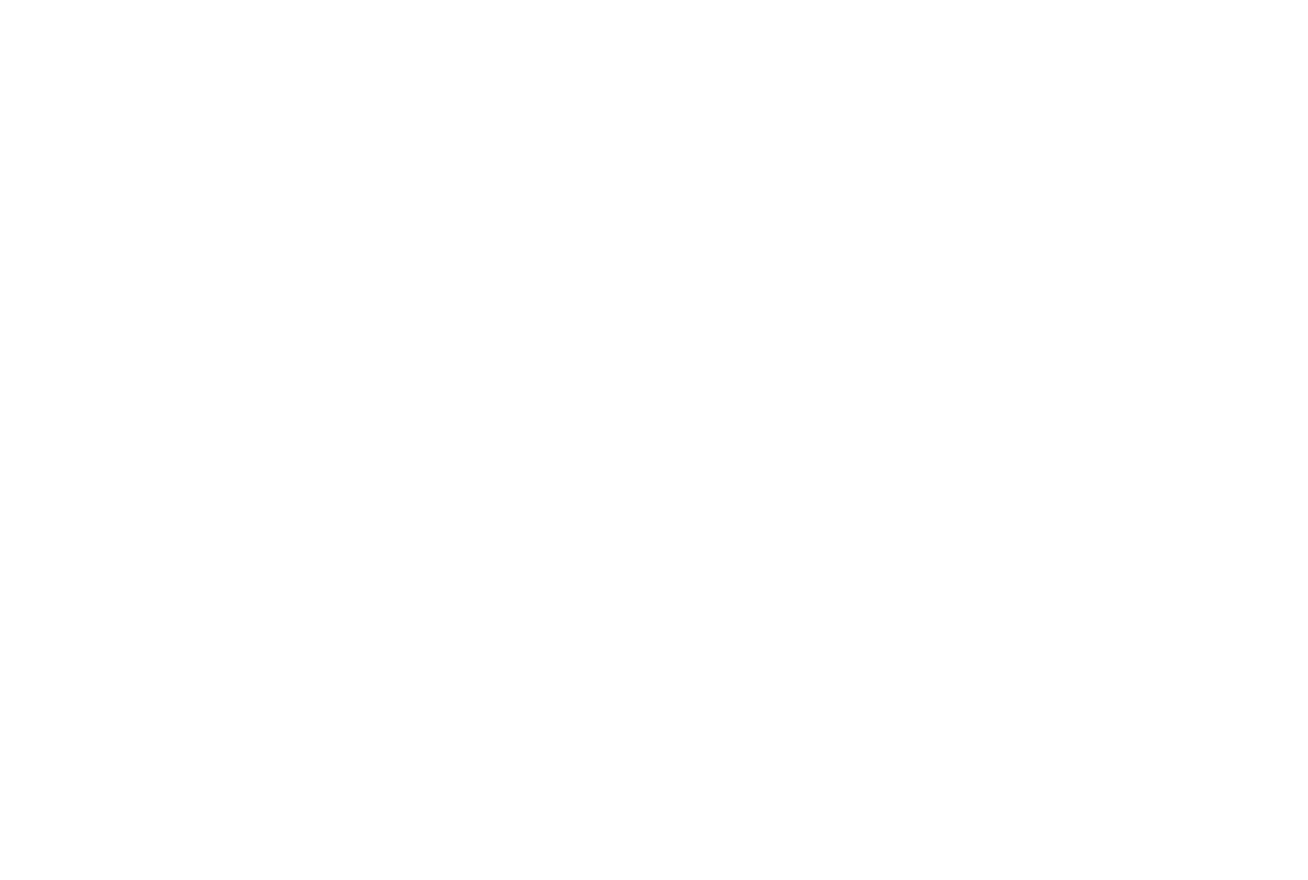 Bad Apples or a Rotten Tree? How Britain Brought Its Colonial Policing Home

Robert Baden-Powell, founder of the Boy Scouts, displayed a certain candour when he wrote that “a clean young man in his prime of health is the finest creature God made in the world”. He formed an attachment to a handsome fellow cavalry officer that he referred to as the ‘Boy’ and had a keen interest in regimental theatricals, his speciality being ‘skirt-dancing’ (essentially a drag act). But as pedagogue of empire he passed on the need for repression, warning against “beastliness” (masturbation). “The use of your parts is not to play with when you are a boy,” he wrote in a passage meant for Scouting For Boys (later excised on the advice of his mother), “but to enable you to get children when you are grown up and married. But if you misuse them while young you will not be able to use them when you are a man: they will not work then.” Perhaps he grimly foresaw his own difficulties in achieving procreation. After his wedding in 1912, he suffered from agonising headaches that lasted until the birth of his third and last child when, duty having been done, he left the marriage bed for good and slept on a field bunk on the balcony.

T.E.Lawrence was the last and probably best known Empire Man who used a repressed nature as a weapon of conquest. A modern strategist with the stoicism of a medieval martyr, he encouraged the Arab Revolt against Turkey by finessing guerrilla tactics and insurgency, putting himself in constant discomfort and danger. Again, there is a continuing debate about his sexuality.

Adopting local dress and customs, Lawrence transformed himself into the object of his own desire, openly addressing his romantic attachment to the Arab cause in the dedication of his magnum opus The Seven Pillars of Wisdom: “I loved you, so I drew these tides of men into my hands / and wrote my will across the sky in stars / to earn you Freedom, the seven-pillared worthy house.” The betrayal of the Arab Revolt remains a central cause to most of the conflicts in the Middle East ever since.

The repressed Empire Man diligently policed his own desires but there was a real danger in being found out. In 1903, Major-General Sir Hector MacDonald loyally blew his brains out in a Paris hotel room after a homosexual scandal in colonial Ceylon. It was his class rather than his sexuality that probably proved his downfall. Having risen through the ranks, he lacked the social contacts or elite circle that might have protected him.

The closet of Empire was a forcing-house where sexual repression wasn’t just an end in itself but a means to power. The two things that gave the British such potency were the empire and steam technology. You get power by building up pressure. Just as the steam power that had made industrialisation possible depended on this pressure being restrained, so the national male psyche was harshly subjugated so that men of adventure would be propelled into a dangerous world with the fierce energy of sublimated passion. This was the very fuel of expansionism.

And regression was just as important. A wilful immaturity and forced playfulness that allows some strange presumption of innocence about the whole bloody affair, even as we look back on it now. “We seem, as it were, to have conquered half the world in a fit of absence of mind”  observed essayist John Robert Seeley in 1883, adopting a passive, almost petulant tone still used today by empire apologists.

The legacy of empire sees a failure of development, not so much in the colonised but the colonisers. This deliberate emotional retardation in the male continues to haunt the consciousness of the Western imagination. And the public school system that maintained it still persists in churning out politicians who see themselves in the mould of Empire Man. Our imperialist, old Etonian premier Boris Johnson seems able to get away with arcanely racist remarks about “flag-waving piccaninnies” and “tribal warriors” with “watermelon smiles” simply because they are so appallingly regressive and childish. His sister recalls that a four-year-old Johnson declared his ambition in life to be “world king”. That he has achieved something of this infantile ambition shows that we are still plagued with “boyish masters”.

From George Orwell to Priti Patel: How Britain Brought its Colonial Policing Home 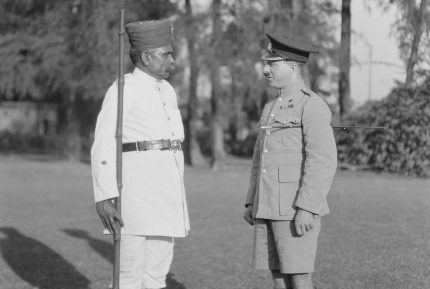