The divisive, hostile forces that have plagued politics in recent years are now running wild in the West Yorkshire constituency, says Sam Bright

Nestled in the foothills of Leeds, the town of Batley is the latest political battleground of the British summer. With just a few days until ballots are counted in its by-election, the campaign has not been an advert for the health of the Westminster political system.

Overnight, reports suggested that several Labour activists have been assaulted while out on the campaign trail, following the harassment of the party’s candidate Kim Leadbeater by anti-LGBT activists last week.

By-elections are revealing moments. They magnify underlying trends that are typically relegated behind the universal, big-ticket items of a 650-seat general election contest.

I don’t know Batley well, but having been born and brought up in neighbouring Huddersfield – also an ex-mill town – I can speak to some common cultural and social themes of the area, which have given rise to the distinct nature of this campaign.

These are areas that are firmly rooted in a sense of place – the people have a strong affinity with the area in which they were born and where they currently live. Once engines of Britain’s Industrial Revolution, the former glory of these towns has faded.

Their high streets are populated by betting shops, fast food joints and boarded-up windows. The imposing masonry of the town halls are now pollution-stained and jaded. Communities of different religions and backgrounds often live distinct, separate lives. Crime is a common and persistent worry. House prices are cheap and wages are low.

In the centre of Batley, statistics show, more than 50% of the population is ‘non-white British’. The mean house price is £110,000 – £200,000 below the national average. While house prices have soared in the south-east of England and London, accruing wealth for homeowners but also locking many young people out of the housing ladder, prices in Batley have remained stagnant for the past 15 years.

The number of people on Universal Credit is well above the national average, while 40% of people live in an income deprived neighbourhood; and 71% live in a high-crime neighbourhood. It has been estimated that 60% of Batley and Spen voters backed Brexit. 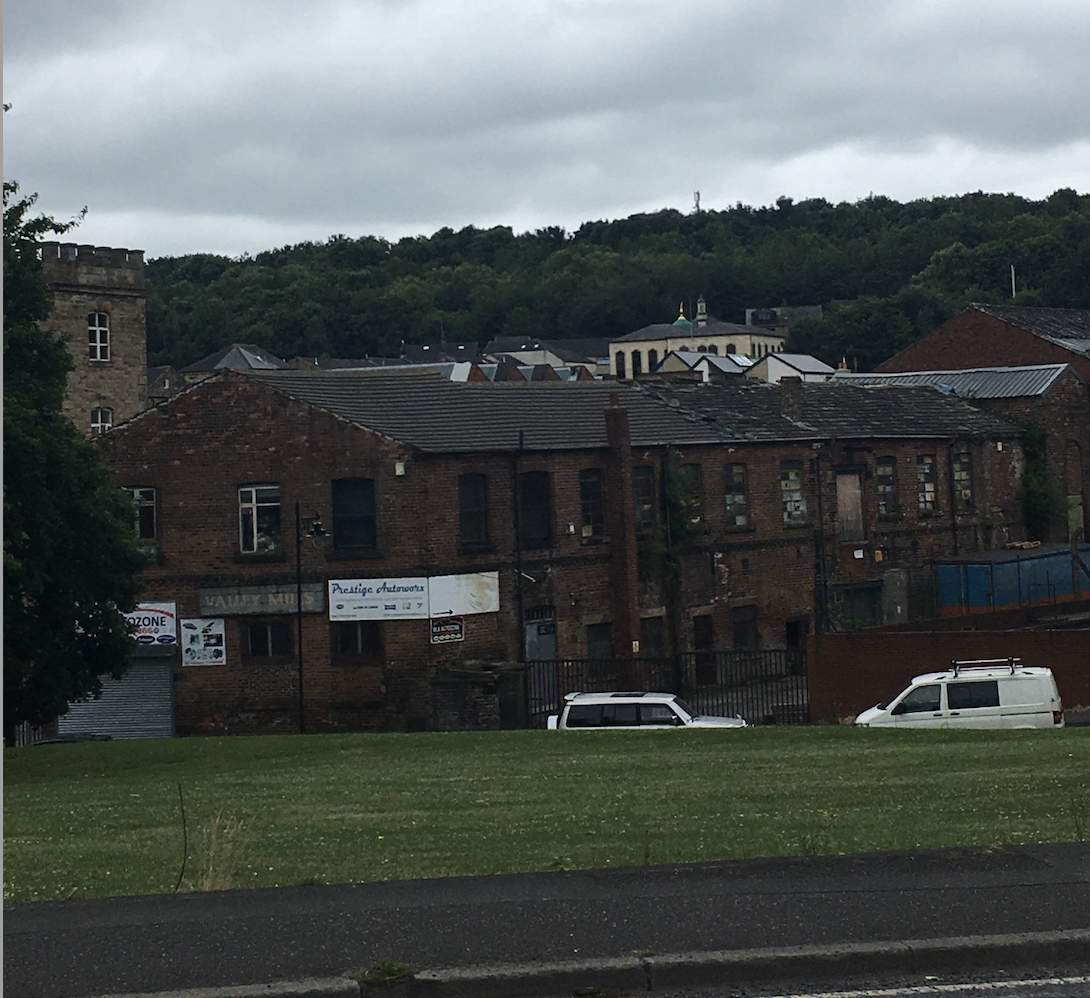 The War on Unity

This constituency, of course, covers a larger area than just Batley – but the fortunes, both past and present, of the nearest town fuels the local political climate.

This is an area with a firm working-class core – with a high prevalence of people in low-income jobs, a symptom of Margaret Thatcher’s campaign against primary industries in the 1980s, accompanied by a sizeable non-white population.

Yet, a constituency that has been Labour since 1997 could flip to the Conservatives on Thursday, marking another brick punched out of the so-called ‘Red Wall’. Relevant to this process has been the identity rifts stoked by various candidates during what has been a divisive campaign.

As reported by Byline Times, there are five far-right candidates on the ballot – representing one-third of the options available to voters. One, former Britain First deputy leader Jayda Fransen, has been running under the dog-whistle slogan “Keep Batley British”. Another, Anne Marie Waters, has solicited the endorsement of English Defence League co-founder Stephen Yaxley-Lennon (‘Tommy Robinson’).

While most, if not all, of these candidates will lose their deposits, their presence has contributed to a hostile atmosphere whereby religious and ethnic differences are exaggerated and exploited for political gain. This may not manifest through a groundswell of support for far-right candidates, but it is fomenting a political and cultural dilemma for the Labour Party.

Leadbeater, the sister of murdered MP Jo Cox, is seeking to unify people around their common experiences of economic marginalisation – and their common humanity – while daily news stories highlight just how fractured her area has become. As Sian Norris notes, third-placed candidate George Galloway has himself been trading in conspiracist notions about sex and gender.

The Batley and Spen contest epitomises the Balkanisation and radicalisation of English politics in recent years, through which we have witnessed the normalisation of divisive campaigns, particularly on issues of race and religion. It is easy to grab the attention of a click-hungry modern media, and even easier to circulate prejudice-based myths.

One facilitating factor has been the sluggish response of the elections regulator, the Electoral Commission, to the sophisticated fake news apparatus that has injected venom into political campaigns.

This has equally been evident during the Batley and Spen contest. Yesterday, it was reported that a fake Labour Party leaflet had been posted through letterboxes in the constituency, which proclaimed that “whiteness” is the “biggest threat to our precious multicultural society”. The design of the leaflet was convincing, and indeed fooled the people who first posted it on social media.

Yet, the Electoral Commission has few powers to govern the content of rogue campaign materials during any political contest. Instead, it relies on handing out fines for rule-breaking after the event and when the damage has been done. The vulnerability and economic insecurity of people in areas such as Batley – combined with their legitimate grievances about being abandoned by Westminster politicians – makes them ripe targets for misinformation based on emotive identity issues. However, our political and social system has proven that it is entirely incapable of countering this surge in hate-based deception.

After the by-election, the Batley and Spen campaign will be spun into the grand narrative of British politics, as indicative (or not) of Labour’s crumbling support in its former industrial heartlands. This is important, and Labour’s part in its own demise should not be understated. But it is equally important to recognise that divisive falsehoods are currently allowed to roam free in English politics – fatally undermining the dual causes of racial unity and class solidarity.