A scheme sending young volunteers on charity projects abroad is on the brink of disappearing for good thanks to Government aid cuts, Natasha Livingstone reports

When Lou Avey returned from a placement in rural Cambodia, she felt empowered.

She had just spent three months living and working with young people from the south-east Asian country, overcoming linguistic and cultural barriers to carry out education and community projects.

The experience provided by the International Citizen Service (ICS) was invaluable for Lou, who was brought up by her sister on a council estate in Blackley, north Manchester, which was identified by the Joseph Rowntree Foundation as a parliamentary constituencies with one of the highest poverty risk scores in the UK.

After returning home in 2019, the 23-year-old intended to move to Poland to teach English, plans that were curtailed by the Coronavirus pandemic.

Determined to keep effecting change, Lou volunteered with a charity to help people from the LGBTQ+ community who felt isolated during the pandemic.

These experiences inspired Lou, who is pansexual, to set up a global platform called Sisterhood to magnify the voices of queer, non-binary and trans women.

She said: “I found that women all over the world were facing exactly the same issues, even though the experiences were different, and I thought there needs to be a space when I can do something positive about it.”

More than 6,000 miles away, Abel Odeke, 26, is busy working as the managing director of Equal Aqua Uganda, an organisation tackling water inequality in rural and low-income communities.

He co-founded the project in 2020 with friends from the UK and Uganda who met each other as ICS volunteers and saw first-hand the challenges that some Ugandans faced in accessing clean water and sanitation.

Although it was initially challenging working with volunteers from Britain, Abel quickly bonded with his counterparts. “Because of ICS, we gained confidence through organising workshops and practising public speaking, which applies directly to my role now as a manager,” he said.

Abel’s achievements were recognised this year by Prime Minister Boris Johnson, who awarded him a Points of Light award for building sustainable water tanks with “ecobricks” – waste plastic bottles filled with sand.

Lou and Abel agreed that ICS was a valuable, even life-changing opportunity – an opportunity that is now on the brink of disappearing for good.

ICS, a UK Government scheme, funded and organised volunteer placements for 18 to 25-year-olds across the world.

Since it was founded by David Cameron in 2011, ICS has brought together more than 40,000 young people from the UK and overseas on programmes to alleviate poverty and forge sustainable development across 32 different countries.

It has been cut back repeatedly over the years and by the start of the pandemic placements were being offered in only seven countries.

Many of the UK volunteers came from diverse and disadvantaged backgrounds. Some had never owned a passport before being accepted onto the programme.

But like many opportunities for young people in recent years, this door has slammed shut. The contract for ICS ended in February and amid wider cuts to the foreign aid budget, the Government has not made any promises to restart the programme.

This did not escape the attention of MPs, who demanded answers from the Government in a private notice question on 16 March; answers that Lord Goldsmith of Richmond Park, a minister in the Foreign, Commonwealth and Development Office (FCDO), could not provide.

Philip Goodwin, chief executive of Voluntary Service Overseas (VSO), the organisation that led ICS, believes the Government is making a mistake. “ICS is a really powerful programme and we’ve seen so many fantastic examples of that,” he said.

“Many projects focused on important issues like child marriage, girls’ education, climate action, while simultaneously building the confidence of young people to both have a voice and support the growth of civil society in their own countries.”

This impact is reflected in data from ICS’s final report. Surveys conducted on volunteers show that increased confidence was one of the most widely reported changes, while a consultancy firm estimated every £1 spent on ICS produced £4.64 of social value.

It is not just ICS that faces an uncertain future, but UK foreign aid more generally.

The government announced in November that it was cutting its aid spending from 0.7% of the national budget to 0.5%, citing the pressures of the pandemic.

The FCDO committed in May to providing VSO with £9 million for development projects in 2021 to 2022, but together with the decision to close ICS, the organisation said this represented an 80% reduction in Government funding.

A commitment to set aside 0.7% for aid had been enshrined in law by the 2015 International Development Act.

Critics say that the Government has not been clear about when or where these cuts will take place, with the Labour MP Sarah Champion, chair of the International Development Committee, lamenting that it was an “understatement” to say that a Government update on 22 April was “scant on detail”. 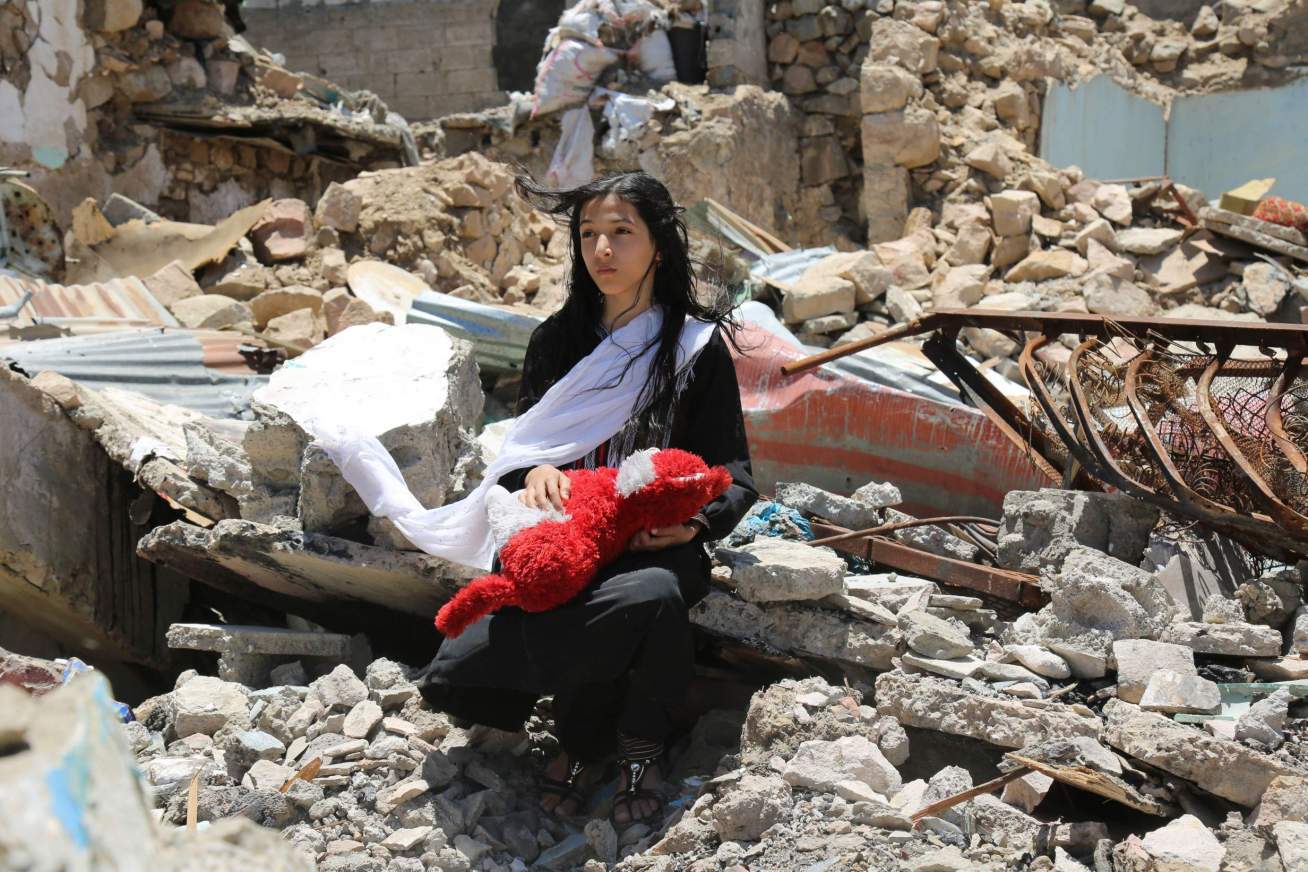 ICS itself was not without controversy. In 2012 the scheme was described as “high risk” by the National Audit Office (NAO) after two volunteers drowned and others were sexually assaulted.

The same year, it was criticised in The Daily Telegraph for providing “gap-year holidays that reveal the madness of overseas aid”.

But for Gary Forster, chief executive of the aid watchdog Publish What You Fund, the Government’s lack of transparency about aid cuts is concerning for all observers: “Whether you’re pro or anti-aid, no one thinks that these decisions should be going on behind closed doors.”

He added: “You literally have NGOs scrabbling around in data systems to try and figure out if the Government has changed its publication of data and if so what that could mean for the country where they’re working.”

The FCDO did not respond to Byline Times’ request for comment.

Goodwin also believes that the Government is storing problems up for the future, if it does not restart schemes for young people like ICS.

“Older people are more at risk from dying of COVID-19, but in terms of disruption of their lives, the pandemic has impacted young people disproportionately, and we’re seeing the cutting of ICS as another closure of opportunity for that disrupted generation.”

Indeed, ONS figures show that almost two-thirds of people in the UK who lost their jobs during the pandemic are under 25. Of all 16 to 24-year-olds who are unemployed, 74% have been unemployed for at least six months.

“I think that we’re building up a real problem for ourselves. The Government should be thinking very seriously and strategically about what they’re going to do,” Goodwin added. “This is going to play out over the next 10/15 years, and we need to be clear about what we’re going to do for young people.”