CJ Werleman says that the so-called ‘cease-fire’ between the Israeli Government and Hamas just returns Palestinians to the status quo. It can’t last.

Late on Thursday evening, Israel and Hamas militants agreed to a cease-fire, ending 11 days of continued Israeli bombardment on the densely populated Gaza Strip, which left 232 Palestinians, including 65 children, dead, along with 1,174 homes destroyed and 57 hospitals and schools damaged, adding further devastation to an already devastated Palestinian population.

Israel, which is protected by its Iron Dome missile and rocket defence system, suffered 10 casualties, but zero damage to its critical infrastructure, once again highlighting the asymmetrical power imbalance between the occupier – Israel, and occupied – the Palestinians.

As governments around the world celebrate the cessation of hostilities, they conveniently and cruelly ignore an undeniable fact – that a ceasefire not only means a continuation of violence against the Palestinians but also gives Israel exactly what it wants – the illusion of a resumed “peace process”.

When the Israeli military carried out another violent raid on al-Asqa Mosque on the first full day of the ceasefire, leaving dozens of Palestinian worshippers injured, it served as a reminder that there’s hardly a greater sham in international politics than the so-called Israeli-Palestinian “peace process,” because never at any stage has Israel or its primary benefactor – the United States – committed to putting an end to what is the centre of the dispute – Israel’s illegal occupation of the Palestinian Territories.

The End of the ‘Two-State Solution’

From the Oslo Accords to the Abraham Accords, the “peace process” has served only to buy Israel more time to further expand and entrench its illegal settlement enterprise in the occupied West Bank and East Jerusalem, while keeping 2 million Palestinians in Gaza, most of whom are internally displaced refugees, locked in a steel cage.

The latest cease-fire will do nothing to reverse any of these realities and criminalities. A ceasefire benefits only the Netanyahu Government and Biden Administration, granting both room to breathe, as the international news media averts its eyes away from the Palestinians, once again. Cue the “peace process”.

On Thursday, Biden told White House reporters that the “peace process” must continue, while pontificating the “Two-State Solution” as the “only solution,” a lie which will only buy Israel more time and a continuation of the status quo, thus leaving Palestinian aspirations for statehood, freedom and equality in the cold.

Biden knows full well that Israel long ago killed any prospect of a “Two State Solution,” having stacked the Palestinian Territories with 700,000 Jewish settlers in East Jerusalem and the West Bank, with separation barriers, fences, roads and Israeli military checkpoints leaving Palestinians stranded on virtual archipelagos, separated and cut off from their friends, families and employment opportunities.

No Israeli or US Government will ever enforce an evacuation of three-quarters of a million Jewish settlers and the dismantlement of settlements, some of which are the size of small cities. The occupation is permanent, and a contiguous Palestinian state is long dead. 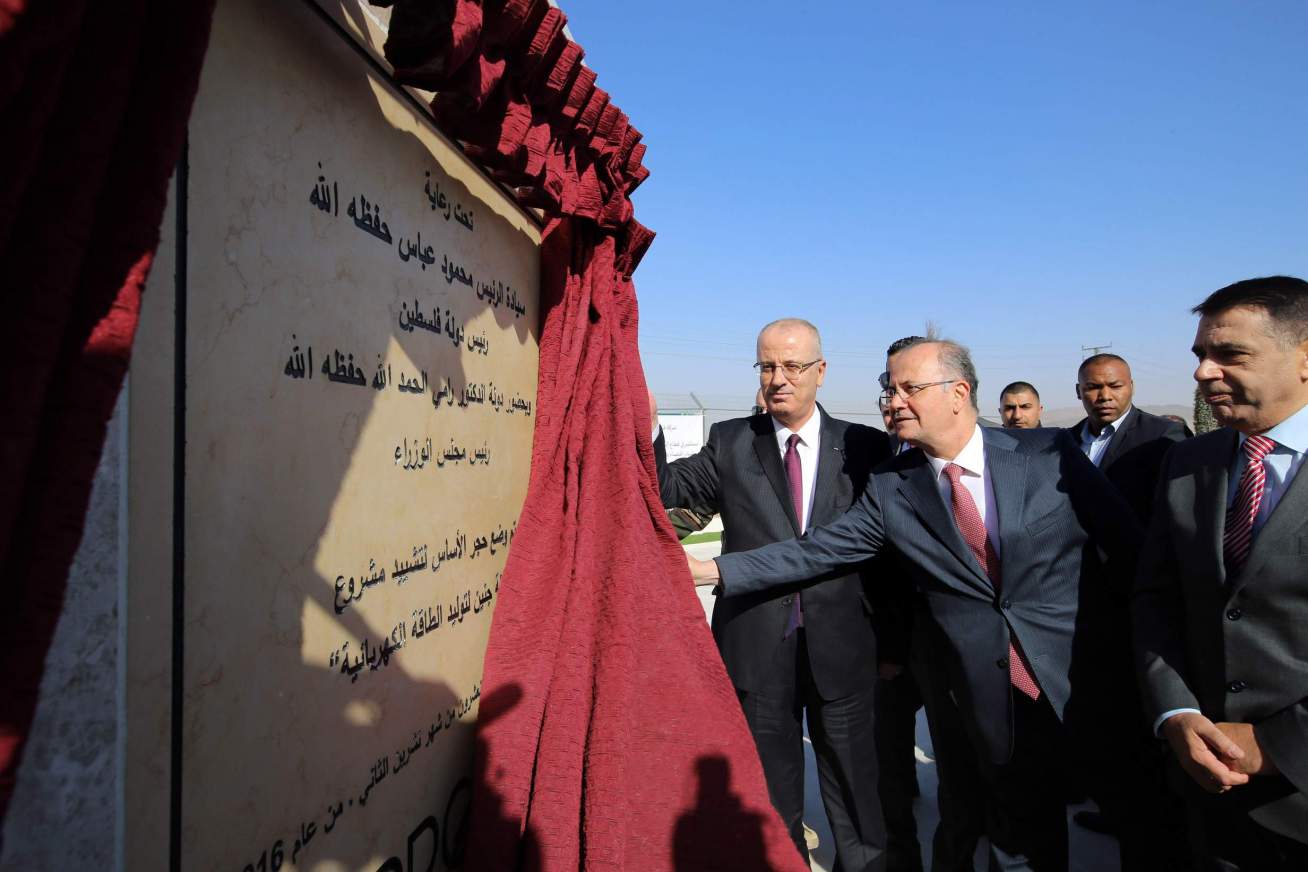 Peter Beinart, a Jewish American columnist for The New York Times, has long advocated for two independent states, existing side by side in peace, but now acknowledges the undeniable realities on the ground, saying, “It’s time to abandon the traditional two-state solution and embrace the goal of equal rights for Jews and Palestinians,” given Israel made a choice in constructing “one country that includes millions of Palestinians who lack basic rights”.

It’s for this reason Palestinians, both within the Palestinian Territories and Israel’s internationally recognised 1948 borders, are no longer leaving their fate in the hands of those on the outside who pontificate two-states. They know their struggle is about the dismantlement of apartheid and demand for equal rights.

“In their spontaneous reaction and genuine communal solidarity, Palestinians are finally rising as one, from Sheikh Jarrah to all of Jerusalem, to Gaza, to Nablus and even to Palestinian towns inside Israel, such as Al Lud, Umm Al Fahm and elsewhere,” observes Palestinian journalist Ramzy Baroud. “In this popular revolution, no factions matter, no geography matters, no political division of any kind matters and religion is not a source of division but spiritual unity”.

Younger Palestinian generations have lost faith in the avenues to peace and justice their forebears had entrusted with their aspirations. They no longer believe in the promise of the United Nations or the goodwill of Western powers. They know justice and change flows only from the bottom-up, not top-down. The US dominated international system has been no friend to the Palestinians. They’re now taking to the streets and social media to build solidarity movements and collective action against Israel.

“When I was a kid, I believed in the international community,” a 30-year-old Palestinian refugee told reporters in Beirut. “I’m finished with these international organizations and the United Nations. For 73 years, they gave us nothing”. 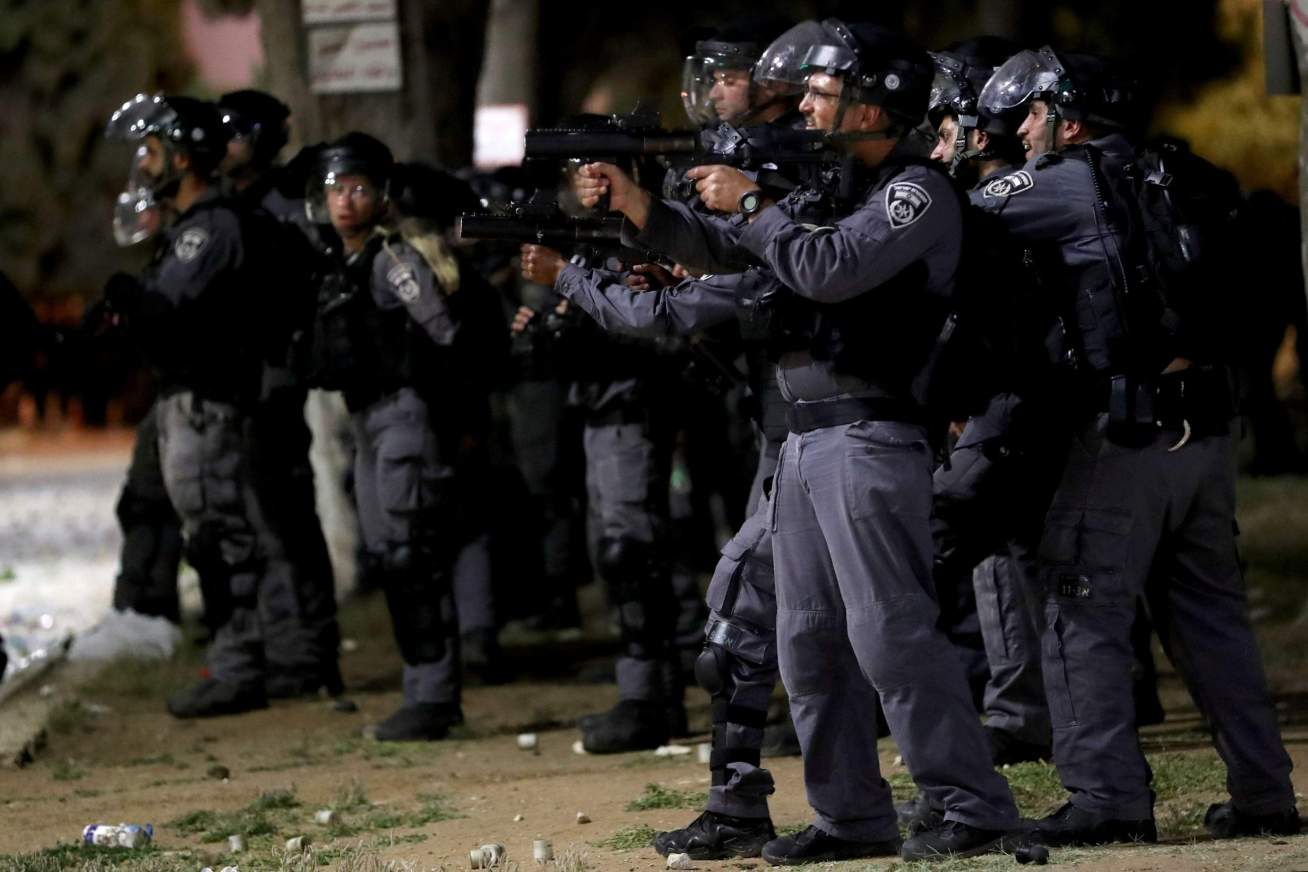 A manifesto circulating on social media under the title “Unity Intifada” articulates their struggle against apartheid and occupation by defining their “prisons of isolation”.

“Some of us caged in the ‘Oslo prison’ in the West Bank, some in the ‘citizenship prison’ in the part of Palestine occupied in 1948, some of us isolated by the monstrous siege and ongoing, devastating assault on the ‘Gaza prison,’ some of us isolated under the systematic Judaisation campaigns on the ‘Jerusalem prison,’ and some isolated from Palestine altogether, dispersed across all corners of the globe”.

“It is now time for this tragedy to end… this Intifada will be a long one in the streets of Palestine and in streets around the world.”

This is about unity, not factions and politics as usual. This is about Palestinians uniting as one to make their case for peace, human rights and equality before the citizens of the world.