It’s open season on the BBC, with press and broadcasting rivals, politicians and Buckingham Palace all in full cry. The sackcloth and ashes the corporation is wearing won’t be enough. This is the golden excuse that the Prime Minister and Culture Secretary have been seeking to bring it under tighter state control. They may even grant the Murdochs and the Dacres their dearest wish and scrap the licence fee.

And all over something that happened 25 years ago.

There is no doubt that the deception employed by journalist Martin Bashir to secure his infamous Panorama interview with Diana, Princess of Wales in 1995 was reprehensible. But, as is the case so often, it was the cover-up rather than the crime that has come back to haunt the corporation.

The inadequate inquiry a year later into the matter by the then BBC Head of News, Tony Hall, made no real effort to get to the bottom of Bashir’s deceit – most damningly by failing to speak to Charles Spencer, to whom Bashir had shown fake documents to try to secure an introduction to Diana – before concluding that the reporter was generally an honourable man.

The leader article in today’s Times – headlined ‘Shocking Failure’ – says that, for all of their “pious statements of regret”, there is no sign that those responsible for “25 years of anguish” showed an understanding of the magnitude of their failures.

It says: “Lord Birt, who was Director-General of the BBC at the time, tried to blame the whole scandal on a ‘rogue reporter’ who ‘we now know… fabricated an elaborate, detailed but wholly false account of his dealings with Earl Spencer and Princess Diana. There is no question that Bashir was a rogue reporter. But as Lord Dyson reveals, the BBC was well aware when it conducted its own investigation in 1996 that Mr Bashir had lied to them on three occasions… Indeed, the BBC’s subsequent efforts to cover-up for their rogue reporter are as serious a breach of journalistic standards as Mr Bashir’s deceptions.” 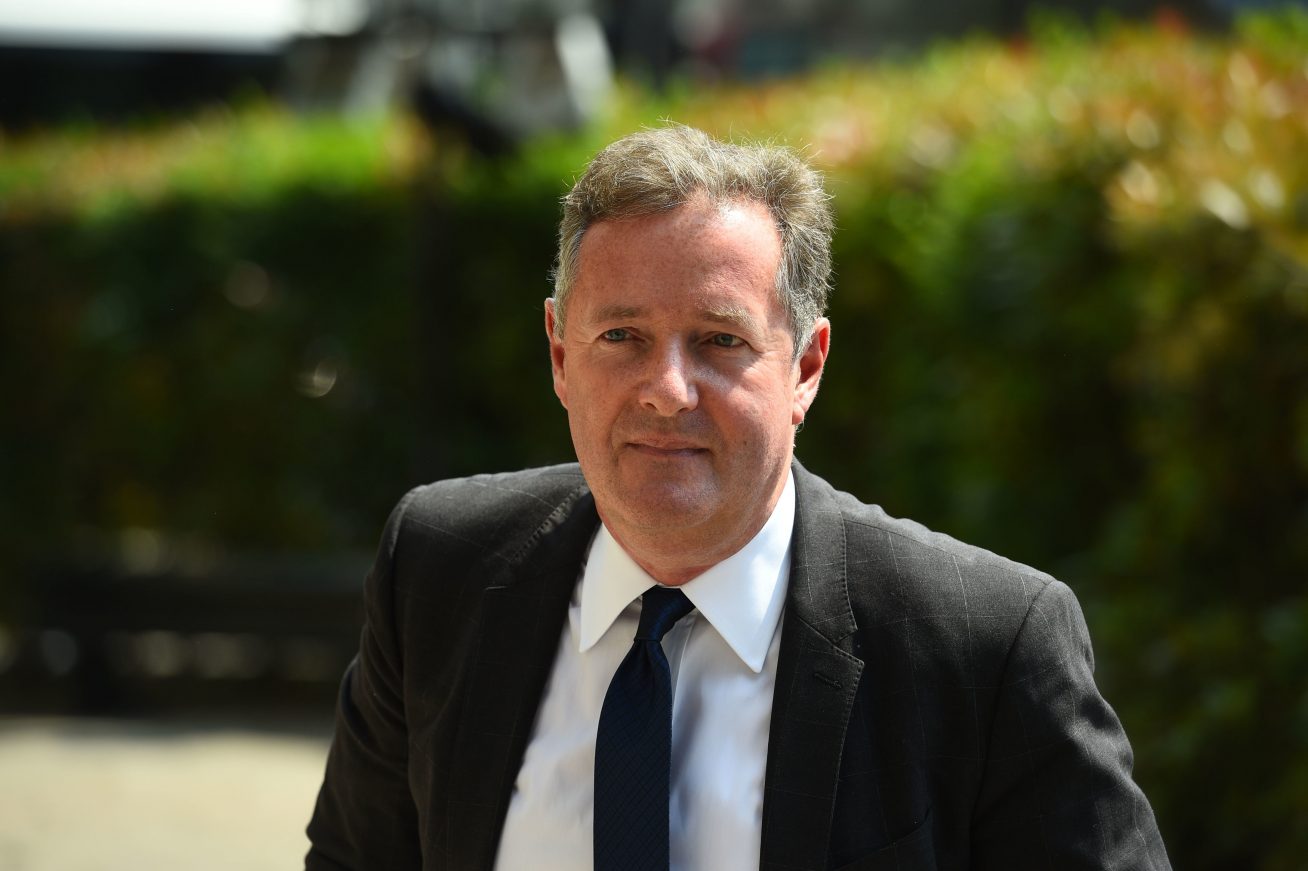 But haven’t we been here before? Wasn’t another ‘rogue reporter’ guilty of some dastardly deed related to the Royal Family? Didn’t he even go to jail for his actions?

Ah yes: Clive Goodman, the News of the World royal reporter who was convicted in 2007 for hacking the phones of the advisors to Princes William and Harry. But News International (now News UK), of which The Times was and is a subsidiary, didn’t try to cover-up Goodman’s activities. Instead, it used the ‘rogue reporter’ defence as a smokescreen to hide not just malpractice, but wholesale criminality.

And where it took 25 years to determine that Martin Bashir does appear genuinely to have been a single rogue reporter, it took only four years to blow open the News International fiction and reveal that dozens of journalists were complicit. With cases still ongoing, maybe it will be a quarter of a century before we learn the full extent of the wrongdoing.

“What is particularly galling is that those most culpable have gone on to enjoy successful careers,” The Times leader states. Tony Hall, now Lord Hall and chairman of the board of trustees of the National Gallery, “ought now to resign” according to the newspaper. To be clear: the newspaper believes that he should step down from a totally unrelated post as atonement for his failure to conduct a proper inquiry 24 years ago.

The editor of the News of the World when the murdered schoolgirl Milly Dowler’s phone was hacked in 2002 was Rebekah Brooks. She went on to edit the Sun and, by the time the scandal broke, she was chief executive of News International. Her old newspaper was closed down, but she remained in post for nearly two weeks before resigning with a reported £11 million pay-off. Two days later, she was arrested. She claimed not to have known about phone-hacking and was cleared of all charges at an Old Bailey trial.

Brooks – who as editor of a national newspaper was not sufficiently in control of her staff to know that they were engaging in industrial-scale criminality or, apparently, that it was illegal to pay police officers for information – is now back in her old job as chief executive of News UK. Rupert Murdoch remains chairman of the parent company.

Then there’s the Daily Mail, which has led the charge against Martin Bashir – 20 pages of it today, including a spread on its own part in the investigation that brought about his downfall and the BBC’s shame. But what about the journalist who exposed the criminality at the News of the World? Surely that was worthy of merit too?

In 2011, the Mail dutifully ran leader articles decrying the disgraceful practice of phone-hacking, but – to paraphrase – it characterised these as the misdeeds of one rogue title; something the rest of Fleet Street should not be tarnished with. Within three years, the Guardian’s Nick Davies was being denounced in a 3,000-word essay as “the man who did for the British press”. The Mail has always vehemently denied phone-hacking, but the practice was certainly not confined to the News of the World.

Then there are other dark arts – the employment of private detectives; blagging; ‘blackmail exclusives’, whereby celebrities are cornered into making deeply personal announcements to ward-off more damaging ‘shock exclusives’. Ask Kellie Maloney, Phillip Schofield, Gareth Thomas to name but three people who have been victims of this.

10 Reasons WhyPaul DacreIs Unfit to Be the New Ofcom Chair

Revelations by Diana and Charles

Viewed through the rear-view mirror, Diana was certainly a victim. Today’s newspapers have leapt on the assertions by her sons and brother that there was a direct line from the Panorama interview to her death. But that’s a real stretch, as is the suggestion that the deception that secured the interview influenced what she said once it took place.

Earl Spencer describes her as “a young girl, in her mid-30s”  – a couple of years younger than Prince Harry is now – but no one seems to be putting what Harry’s been saying of late down to youth or naivete. Diana was a mistress at manipulating the media. If she had wanted to stick to talking about land mines and Aids, she could have done so. She knew the message she wanted to get across – and even the Dyson inquiry accepted that she sent a note to Martin Bashir months later saying that she had no regrets.

And what, exactly, might she not have said? The two comments everyone remembers are “there were three of us in the marriage” and “I want to be a queen of people’s hearts” – the rest is lost in the mists of time.

As they did when attacking Prince Harry’s comments about his childhood on a podcast this week, everyone is conveniently forgetting that Prince Charles had given a series of interviews to Jonathan Dimbleby a year earlier – criticising his father and describing his mother as distant, culminating in the television appearance in which he admitted his longstanding adultery with Camilla Parker Bowles.

Diana herself had poured her heart out on tape after tape to the author Andrew Morton for his book Diana: My True Story, which had been published in 1991. That prompted a media feeding frenzy that the Press Complaints Commission described as “an odious exhibition of journalists dabbling their fingers in the stuff of other people’s souls”.

Both parties had had adulterous affairs; both had had intimate conversations with their lovers tapped. The rancour was there for all to see before the couple separated in 1992 and finally divorced in 1996. To suggest, as Prince William has, that the Panorama interview nailed the coffin down on the marriage is absurd. For three bereaved men, the BBC is an easy target for blame that won’t bring the tabloid columnists crashing down on them.

As for the press, what we have here is a shelf full of greasy, fat-encrusted, carbon-blackened pots getting extremely agitated about a bit of ancient limescale on the kettle in the corner.