We should be concerned, not just for children’s ability to spread the Coronavirus but also their capacity to suffer from it for years to come, says Mike Buckley

The UK should have long ago decided to ensure that the COVID-19 pandemic does not lead to poor health outcomes for a generation of children. Yet, unlike other nations, it has continually failed to respond to evidence that children can become seriously ill, while the long-term impacts of the virus are at least partially still unknown.

A survey by the Office for National Statistics found that that 10-13% of two to 16-year-olds with confirmed Coronavirus experience symptoms for more than five weeks; 7-8% for more than 12 weeks. Symptoms can be devastating. Parents group, Long Covid Kids, report a range of symptoms affecting almost every bodily system. Some children have been ill for more than a year.

The immediate results of not controlling infections in schools are sick children, some of whom become unwell for long periods, and high transmission into households and the wider community. In January, the Scientific Advisory Group for Emergencies (SAGE) reported in January that children are more likely to bring a new infection into a household than adults, yet mitigations in schools have been poor compared to international standards.

“Our protections in England are among the weakest in the world,” says Dr Deepti Gurdasani, senior lecturer in epidemiology at Queen Mary, University of London. “Almost all of Europe has masks in schools, as has the US. New York has CO2 monitors and [pays] good attention to ventilation – parents can actually see the CO2 levels in classrooms, which are digitally available and monitored in real time.”

Most of Asia, she adds, has used social distancing and mask use and has paid attention to aerosol transmission right from the start, both in primary and secondary schools. Even Israel has not relied on vaccines alone to make its population safe. After widespread school transmission in the first wave, it implemented rigorous measures in schools and vaccinated young people, only opening schools fully after more than 80% of adults were fully vaccinated.

To make matters worse “the UK has the largest class sizes in Europe, no cap on bubble size within schools, while only ‘close contacts’ are asked to isolate if someone in the classroom is found to be infected despite evidence that indoor aerosol transmission doesn’t respect distance,” says Dr Gurdasani. 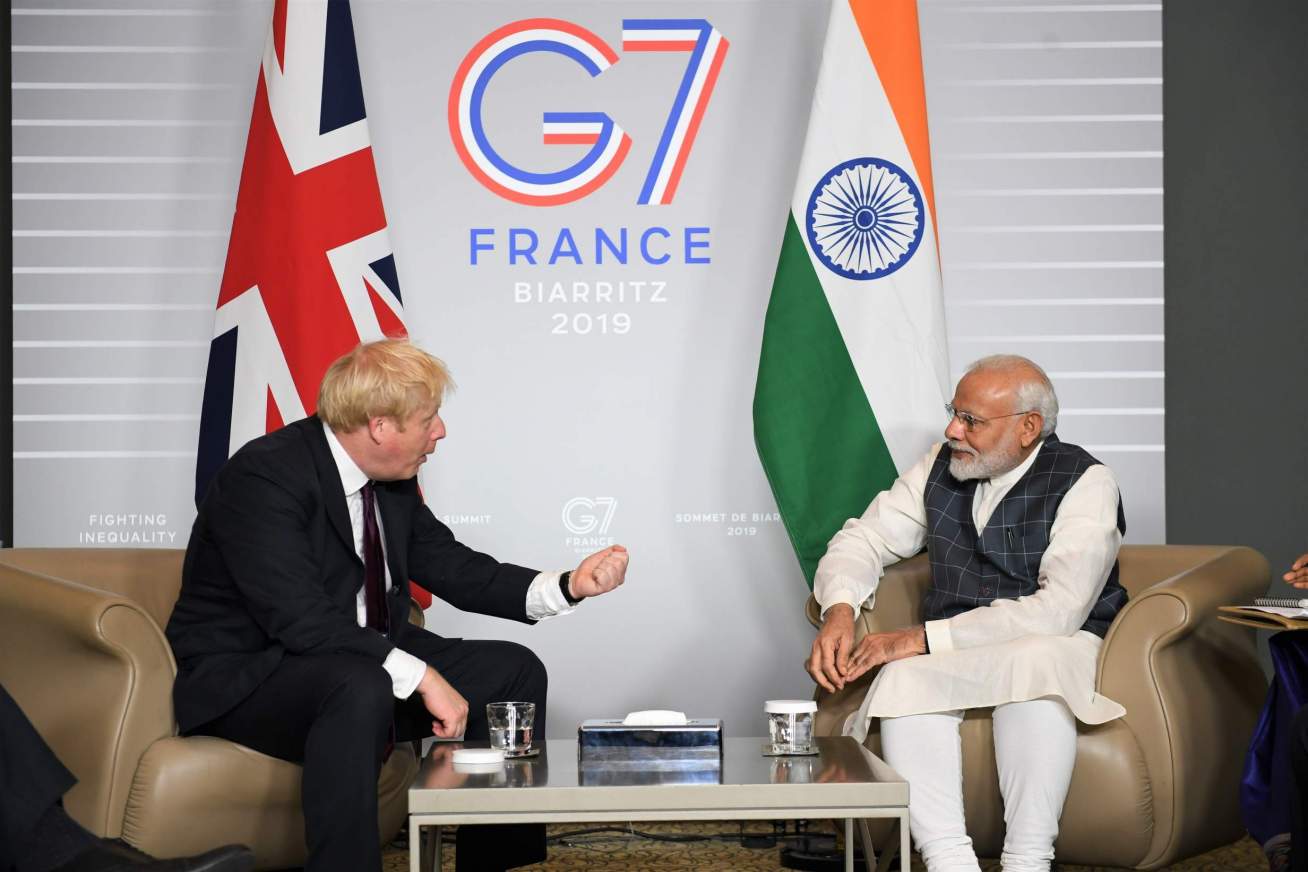 Was Signing Trade Deals with ModiMore Important to the Governmentthan Stopping the Indian Variant?

Concerned parents are angry that they are not allowed to request home learning or ask their children to wear masks if the school does not allow it. Parents report children forced to remove masks at the school gate and headteachers who refuse to answer questions about school safety.

What worries health experts and parents just as much is that we still know so little about the long-term health impacts of COVID-19. Post viral syndromes are associated with ongoing symptoms including arthritis, breathing problems and muscle weakness. A study of the long-term impacts of SARS-COV-1, the precursor to COVID-19, found that 40% of sufferers still had chronic fatigue symptoms three-and-a-half years after being diagnosed.

The need to protect children has become more urgent with evidence that the Indian B.1.617.2 variant is now increasing exponentially in the UK as it is significantly more harmful in children and young people. Doctors in India have found that the variant causes far more severe symptoms in children than previous strains, although they stress that most children are still only mildly affected.

“During the first wave, most children remained asymptomatic, and a large number of them went untested because of that,” according to paediatrician Dr Bakul Parekh.

But the new variant is different. “Children are definitely more symptomatic now than in the first wave,” Dr. Tanu Singhal, a paediatrician and infectious disease specialist at Kokilaben Dhirubhai Ambani Hospital, has said. “The severity of their illness has gone up”, leading to gastrointestinal infections and breathlessness requiring steroids and oxygen support.

This same variant will become dominant in the UK in a matter of days. It is believed to be around 50% more transmissible than the Kent B.117 variant that fuelled the winter second wave. It is growing exponentially in every region of the UK, even if actual numbers vary from region to region.

The SAGE believes that the new variant’s “growth could lead to a very large increase in transmission” and that “there are still too few adults vaccinated to prevent a significant resurgence that could put unsustainable pressure on the NHS without non-pharmaceutical interventions”.

Most deaths and hospital admissions in a new wave will be among people who have received two vaccines doses, even without vaccine protection waning or a new variant that escapes vaccines, according to modelling from the University of Warwick. High levels of uptake in the age groups most at risk mean that immunisation failures will account for more serious illness than unvaccinated people.

Yet, while Health and Social Care Secretary Matt Hancock plans surge tests and vaccines, the Government is reducing the non-pharmaceutical interventions that could help prevent catastrophic spread. The variant was growing even under the previous level of restrictions, yet Boris Johnson this week chose nevertheless to open indoor hospitality and allow home visits. At the same time, he has reduced mitigations in schools, removing the requirement for masks in secondary schools in England.

The Prime Minister’s lack of caution is in stark contrast to the actions of other governments faced with the same challenge.

Singapore’s Government is so worried about the school spread of B.1.617.2 that it has moved teaching online. In Spain, authorities plan to keep face masks, social distancing, ventilation and CO2 monitors in place throughout the next academic year.

“The global dimension of the pandemic makes it necessary to maintain a scenario of prudence,” argued the Spanish Health and Education ministries. Many other nations have similar measures in place, and plan to keep them.

The UK is an outlier. Its protective measures in schools are negligible, while children themselves have been all but invisible. There has been no national discussion of whether or how to make schools safe, or what level of risk is acceptable for teachers, children or their households. Evidence of the prevalence and severity of Long COVID in children has been reported but quickly forgotten, the next day’s headlines quickly moving the conversation on.

The big concern must be that we will all pay the price. Children in schools without mitigations in place, as is the case in England, with some variation across the UK, will enable B.1.617.2 to spread more quickly. The SAGE’s research shows that primary age children are twice as likely, and teenagers seven times more likely, to bring a new infection into a household than adults.

But we should be concerned, not just for children’s ability to spread the virus but also their capacity to suffer from it, in some cases for years to come. Our children will live the longest with this virus. Some of them may have health impacts throughout their life. As their guardians we ought to be protecting them from infection, not allowing them to mix in environments we know to be unsafe.

It may seem too late to change course, but given that the Coronavirus pandemic will be with us for years to come as vaccinations are slowly rolled-out across the globe, we should not accept that outcome.

The Indian variant will not be the last and, given Johnson’s lax border controls and insistence on opening international travel, we know that any new variant will arrive here sooner or later. Given that likelihood, we should call for stronger safety measures for children.

We know which measures are effective from other nations’ experience. The learning has been done. We just need a Government willing to listen and act to protect the needs of the children in its care.