Was Signing Trade Deals with Modi More Important to the Government than Stopping the Spread of the Indian COVID Variant?

Nabanita Sircar reports on the continued spread of the B.1.617.2 variant in Britain – which has led to a devastating second wave of the Coronavirus in India – and Boris Johnson’s roadmap out of lockdown

As England prepares for the next step in its roadmap out of lockdown, following a rapid vaccination roll-out, the country now finds itself in the same situation as it did at Christmas, when the Kent COVID-19 variant spread and led to a severe second wave of the Coronavirus.

New figures tracking the Indian variant in the UK show a sharp rise from 520 cases to 1,313 cases within a week.

There are three types of the Indian variant already circulating in the country, with Public Health England designating one of them – B.1.617.2 – as a variant of concern. It is this variant that is increasing quite rapidly. The other two – B.1.617.1 and B.1.617.3 – remain “under investigation”.

With indoor pubs, cafes and restaurants in England reopening today and restrictions on hugging loved ones loosening, why is the country once again finding itself at a Coronavirus crossroads because of the Indian variant?

In late March, Indian health authorities said that 771 variants of concern had been detected in a small sample of almost 11,000 positive cases. By mid-April, India was recording more than 150,000 cases of COVID-19 each day and the effects of its devastating second wave became apparent to the world. Boris Johnson, who was scheduled to fly to India to meet with President Narendra Modi, cancelled his trip with only days to go.

The UK Government then announced that India would be placed on the travel ‘red-list’ from 23 April – when there were already 103 cases of the Indian variant in the UK. Did political and trade interests lead to this delay?

Bangladesh – which had cases of the South Africa variant – and Pakistan, which had cases of neither the South African nor Brazilian COVID-19 variant, were added to the red-list on 9 April, India – which had both, as well as a new variant – was not added to the list until another two weeks. This was despite the fact that, on 9 April, Pakistan reportedly had a week’s average of 21 cases per million, while Bangladesh had double of that number – and India had four times as many.

According to Professor Mark Walport, the UK Government’s former Chief Scientific Advisor, these decisions were “almost inevitably taken a bit too late in truth”. The UK has already seen four deaths due to the Indian variant and the number of cases due to the variant are rising sharply.

Ravi Gupta, Professor of Clinical Microbiology at the University of Cambridge, has said that research suggests that the B.1.617.1 variant does have a greater ability to bypass the immune defences triggered by vaccination or an earlier Coronavirus infection. According to him, there are signs that it is better at spreading among vaccinated people, even though vaccination still appears to protect against severe forms of COVID-19. “In terms of controlling transmission, there may be a degree of compromise,” he added.

The highest number of cases of this variant in England at the start of the month were in Bolton, Blackburn, Darwen, Leicester, Nottingham and Bedford, according to the Sanger Institute’s database. Its data shows only the number of samples of the B.1.617.2 variant which have been found during genomic sequencing in laboratories. The actual number of cases in these areas could be much higher.

According to the latest figures of the 400 “confirmed or probable” cases of the Indian mutations detected in London using genome sequencing, 106 were “cases that have travelled”. They are believed to be largely household clusters linked to people who travelled from India. 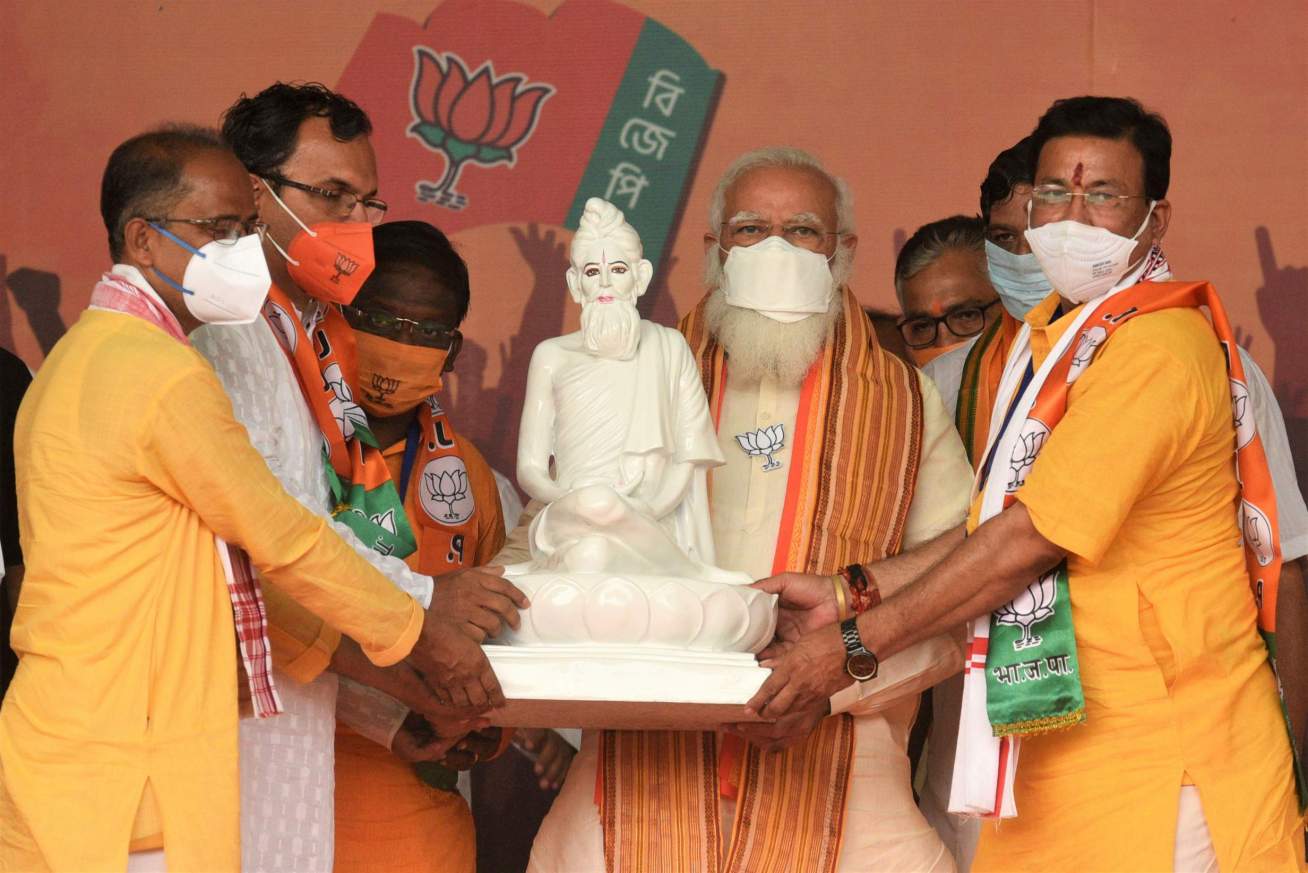 Could COVID Catastrophe Save Indian Democracy from Fascism?

For Professor Christina Pagel, of the Independent Sage group of experts, England’s planned relaxation of measures should have been pushed back. She warned that going ahead with the planned easing today could “add fuel to the fire” of the Indian variant’s spread – and risks “more uncertainty, more damaging closures and longer recovery from a worse situation”.

Meanwhile, Chris Hopson, chief executive of NHS Providers, has warned that the Indian variant may become a major challenge for already hard-pressed hospitals. He said: “Given the combination of potentially lower vaccine efficacy, seemingly faster transmission of the virus and the fact that many people are still unvaccinated, there is a risk that this variant could lead to a large group of people becoming ill with COVID-19, putting significant pressure on the NHS once more.”

With concerns about a summer surge of the Coronavirus in the UK, Boris Johnson’s Government is once again being questioned as to why it did not ‘follow the evidence’ – as it constantly insists that it does – and put India more urgently on the travel red-list.

Labour MP Yvette Cooper, chair of the Home Affairs Committee, has asked why the Prime Minister did not “put India on the red-list two weeks earlier when Pakistan and Bangladesh were added to the red-list?” and why it then delayed a further four days to implement this. Thousands of people flew into the UK during this window – including the wealthy on chartered flights. Liberal Democrat MP Layla Moran, chair of the All-Party Parliamentary Group on Coronavirus, observed: “Ministers only added India to the red-list several weeks after this mutation was identified as a variant of concern, by which time it was too late.”

On 4 May, the UK Government announced more than £1 billion of new trade and investment deals with India, including more than £533 million of new investments from India into the UK, which is expected to create 6,000 jobs. Downing Street said that the new partnership would “pave the way” for a future UK-India Free Trade Agreement.

The question therefore remains: did the UK’s priority of signing post-Brexit trade deals with India lead it to turning a bling eye to what the scientific data on the Indian Coronavirus variant was telling it?