The UK has provided training to both militaries, as well as approving millions of pounds in arms sales to Israel, reports Sam Bright

More than 150 people have died in Gaza and 10 in Israel following the resurgence of violence in the region, with devastating aerial bombardments launched as a result of escalating tensions in recent weeks.

As the fighting continues, the spotlight is being turned on external international actors and their role in the conflict. As highlighted by Jonathan Fenton-Harvey in these pages, new US President Joe Biden has been particularly coy. America, a close diplomatic ally of Israel, has urged de-escalation but has not placed any significant pressure on the Government of Benjamin Netanyahu.

The UK Government has said nothing beyond a condemnation of the violence and rhetorical calls for peace. Yet, the country has provided military training and/or education to Israeli and Palestinian forces in 2019/20 and 2020/21, according to a written parliamentary question answered by the Government in March.

This support was provided under the Ministry of Defence’s ‘International Defence Training’ programme, which covers each mode of combat. The British Army states that it trains roughly 1,500 international students every year from more than 100 countries. A vast array of courses are offered, from artillery and infantry training to catering and even music.

Funding is either provided directly by the foreign state or by the UK via one of multiple foreign military cooperation funds – for example its Counter-Terrorism Programme Fund.

“The UK has provided defence education and training for personnel from the security institutions of both Israel and the Palestinian Authority, as we do for a wide range of nations around the world,” an Ministry of Defence spokesperson told Byline Times.

“The ongoing violence across Israel and the Occupied Palestinian Territories is deeply concerning and must end. Both sides need to de-escalate and offer hope to their peoples, which can only come through political dialogue.” 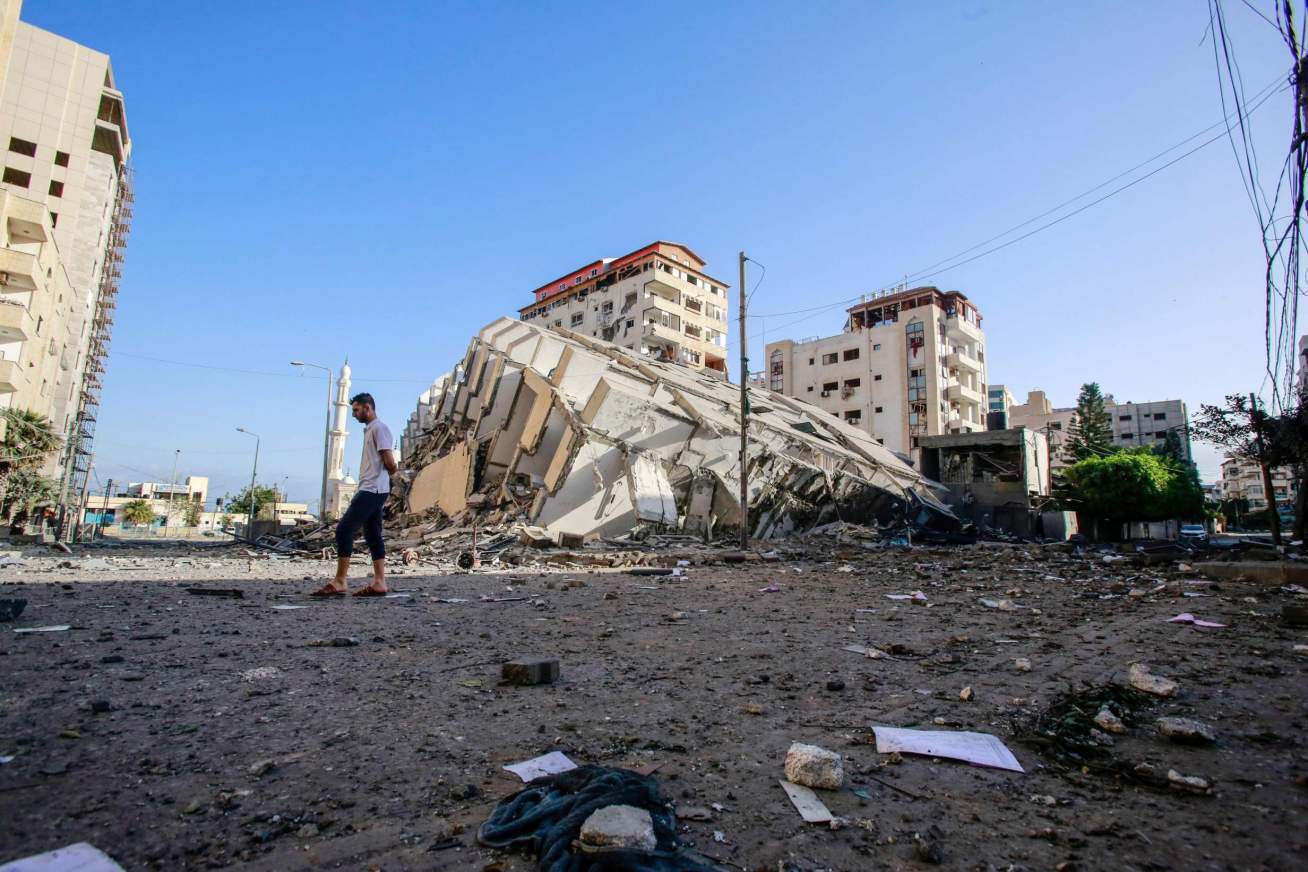 An Israeli War Against Gaza Will Create anUnprecedented Humanitarian Catastrophe

This international training programme has caused controversy in the past, due to its record of participants. In January, the Guardian reported that military personnel from 15 countries rebuked for human rights violations had been trained by the UK. These included Saudi Arabia, China, Zimbabwe and Bahrain.

At the time of the Guardian’s report, 20 countries were subjected to an arms embargo from the UK Government, due to national security or human rights reasons. Yet the UK had also provided military training to eight of these countries, including Afghanistan, Iraq, Somalia and Sudan.

This is not the only military support that the UK has delivered to Israel in recent years. Between 2014 and 2018, the UK issued export licenses for arms sales to Israel worth £361 million – a record amount – compared to £74 million from 2008 to 2014.

2014 witnessed a seven-week war between the Israeli army and Hamas militants, largely involving rocket fire. Estimates suggest that 2,000 civilians and military personnel in Gaza were killed and 10,000 injured, while six Israeli civilians and 67 soldiers were killed. Hamas is a separate entity to the Palestinian Security Services – the armed forces and intelligence agencies of Palestine.

Israel’s current assault on Gaza has been led by F-35 fighter jets, reports say. While the United States has led the programme to sell these jets to Israel, UK industry will reportedly supply 15% of every F-35 produced.

The US is obliged by law to ensure that Israel has military superiority in the Middle East. In the past decade, US Foreign Military Funding grants to Israel have totalled $18.2 billion, while the United States has sold $7.2 billion in weaponry and military equipment. The US also supported the construction of Israel’s Iron Dome defence system.

Gaza is ruled by the militant group Hamas, which has been accused of causing civilian casualties by placing its rockets in residential areas, next to hospitals, mosques and schools. “There is some independent evidence that this may be true,” according to Channel 4 News, “but we don’t know how widespread the practice is.”

Hamas as a whole, or in some cases its military wing, is designated a terrorist group by the United States, European Union, the UK and other nations.

The UK does not sanction arms sales to Hamas, while multiple non-profit and political groups continue to call for the Government to implement a two-way arms embargo with Israel.