The unseating of Arlene Foster from her position atop political unionism came hard and fast in the end.

Within two weeks, the traditionalist wing of the Democratic Unionist Party (DUP) had clambered into her still-warm perch in a swift and brutal transfer of power more akin to an episode of Game of Thrones than Northern Irish politics.

The political coup took place amidst political uncertainty for unionism, with tensions steadily rising since the creation of the Irish Sea Border as a result of Brexit. But, far from restoring unionism to its former glory, the election of Edwin Poots as DUP Leader last week is more likely to be the catalyst for the party’s demise.

A recent LucidTalk poll illustrated a marked decline in support for the DUP, with the Ulster Unionist Party (UUP) trailing behind on its own downward trend.

In an effort to better understand trends within the unionist demographic, pro-Union campaign group, Uniting UK, recently conducted a series of focus groups, which ultimately painted a grim picture for the future of Unionism as a whole. Respondents described it as backward-looking, a thing of the past and embarrassing; and that it signalled being afraid of change. One woman described Unionism as “an old idea for old men”.

Edwin Poots, a fundamentalist who believes that the Earth is 6,000 years old, doesn’t believe in evolution and considers homosexuality to be an abomination. It is safe to presume that his place at the head of the DUP will do little to improve the waning public image of Unionism in Northern Ireland.

This isn’t 1921 but 2021 – an entire generation has grown-up under the Good Friday Agreement, metamorphosing under its protections into a forward-thinking society and aching to lose the dogmatic conservativism that has long-stifled this region.

The National Life and Times Survey, which has monitored political attitudes and community relations since 1998, shows that the majority of respondents define themselves as neither ‘unionist’ or ‘nationalist’, and that the overwhelming majority want the peace walls removed and social cohesion embedded.

The ‘never, never, never’ mantra of the old DUP wing is unlikely to appeal to the ever-growing majority of citizens who have become weary of the parade of elected representatives whose primary motivation is to seek new ways to deny citizens’ rights, rather than protect them.

All the markers of societal change seem to be apparent: demand for integrated education is growing; sectarian murals are being replaced with thoughtful street art addressing important societal issues; and substantial electoral shifts can be felt.

In the space of two years, political unionism lost its majority in both Westminster and Stormont. The collapse of the Northern Ireland Assembly in 2017 lead to an early Assembly election, which resulted in an almost 10% jump in voter turnout from the previous year. Despite this, unionism’s share of the vote dropped by 3% and it is widely predicted that this downward trend will continue in the forthcoming 2021 Assembly election. 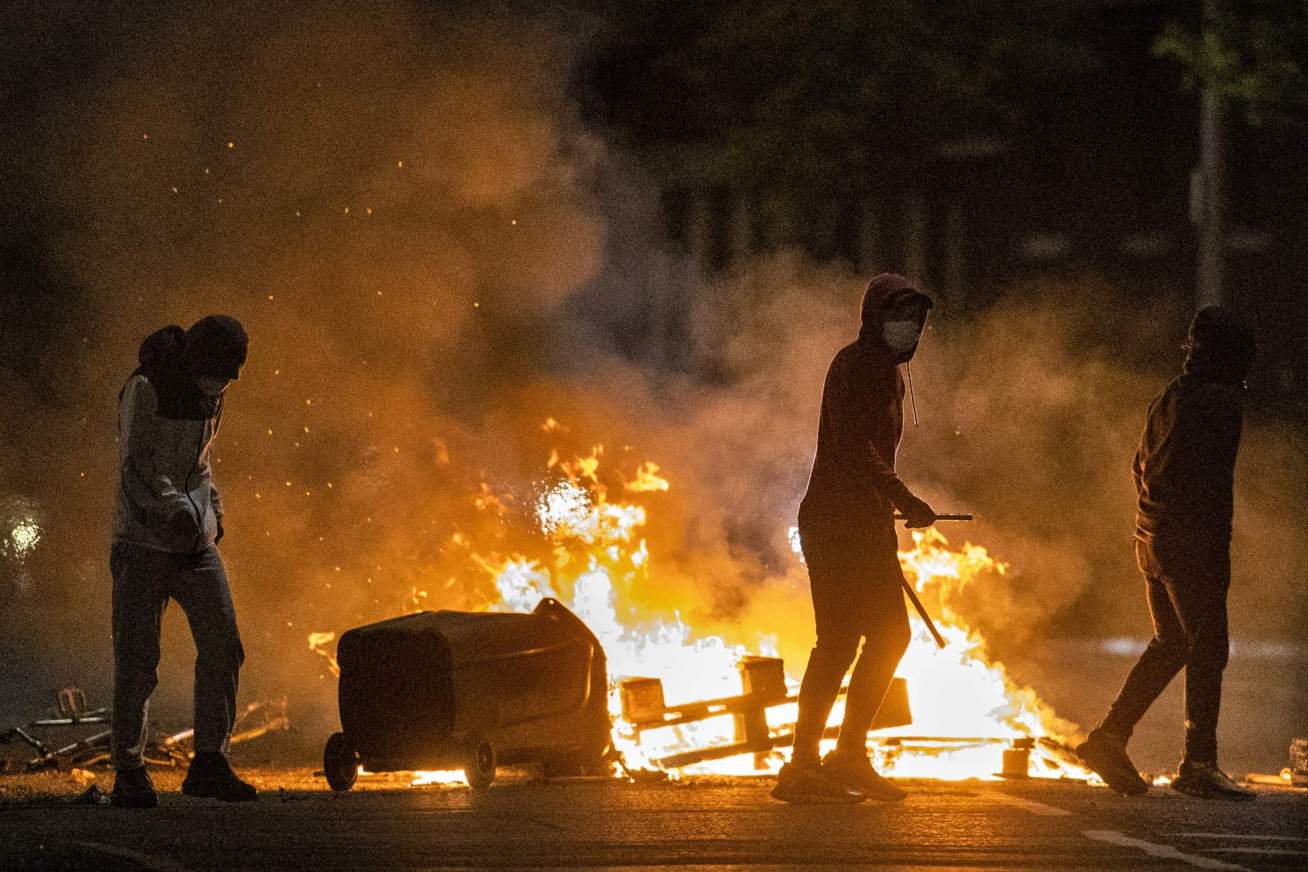 There is little hope of the DUP winning more voters if its intention is to continue to block Irish language rights, access to abortion services, and to continue to platform homophobic and deeply regressive views – all of which are widely condemned positions in virtually every other part of the United Kingdom, and well beyond.

Do unionists in England, Scotland or Wales identify with the ideals of unionism in Northern Ireland? Do they see unionism as a socially regressive, fundamentalist, hyper-religious, conservative ideology? Given that many of the rights which the DUP adamantly opposes have long been enshrined as human rights throughout Britain, these are important questions which must be considered.

That there exists mass opposition to the Northern Ireland Protocol in Northern Ireland is not true. Now more than ever, local businesses want stability, and citizens – the majority of whom voted to remain in the EU – merely wish to get on with everyday life with as little disruption or change as possible. Political unionism rallying against the Protocol leaves those within unionism who support it, as well as those who voted against Brexit, with an ever-shrinking political space to call home.

The island of Ireland is on the cusp of transformative reinvention. For as Dylan once prophesised with his own pen: the times they are a-changin’.