Attempted voter suppression at the hands of populist and authoritarian leaders is a concern for all those who believe in open and fair democracies.

Attempts to suppress the votes of minorities and poorer communities have a long pedigree in the US, where right-wing lobbying groups openly admit to drafting and paying for suppression laws, as was the case with Heritage Action this week. So blatant are their attempts to disenfranchise voters that they have a list of ‘best practices’ for Republican leaders to follow.

Here in the UK, Boris Johnson has appeared to distance himself from comparisons with former US President Donald Trump. Instead, according to reports, Johnson wants to be seen as a British version of centrist French President Emmanuel Macron.

Trump’s strategy following the 2020 US Presidential Election – one which earned him millions of pounds in donations from his base and provided justification for the 6 January invasion of the Capitol – was premised on voter fraud. Despite the lack of evidence for this, he left in his wake a divided nation in which millions of people still believe that the election was stolen and that their votes were worthless.

It therefore makes little sense for Johnson to have chosen to echo Trump and the Republicans’ claims of voter fraud in this week’s Queen’s Speech, yet that is exactly what he did.

By using invented fear of voter fraud to justify his plans to introduce mandatory voter ID for all elections after 2023 – the date many now believe that he plans to hold the next General Election – Johnson is attempting to bring Republican-style voter suppression to the UK.

Even members of Johnson’s own party admit that the measure is unnecessary.

“It’s illiberal,” said former Brexit Secretary David Davis, a “solution in pursuit of a non-existent problem. If you’ve got an ID card, you’re putting a barrier in the way of people to exercise their democratic rights, which is not necessary and shouldn’t be there.”

Former Scottish Conservative leader Ruth Davidson said Johnson “can’t cite any evidence for it because there is no evidence to cite” and that he is “trying to give a solution to a problem that doesn’t exist”. 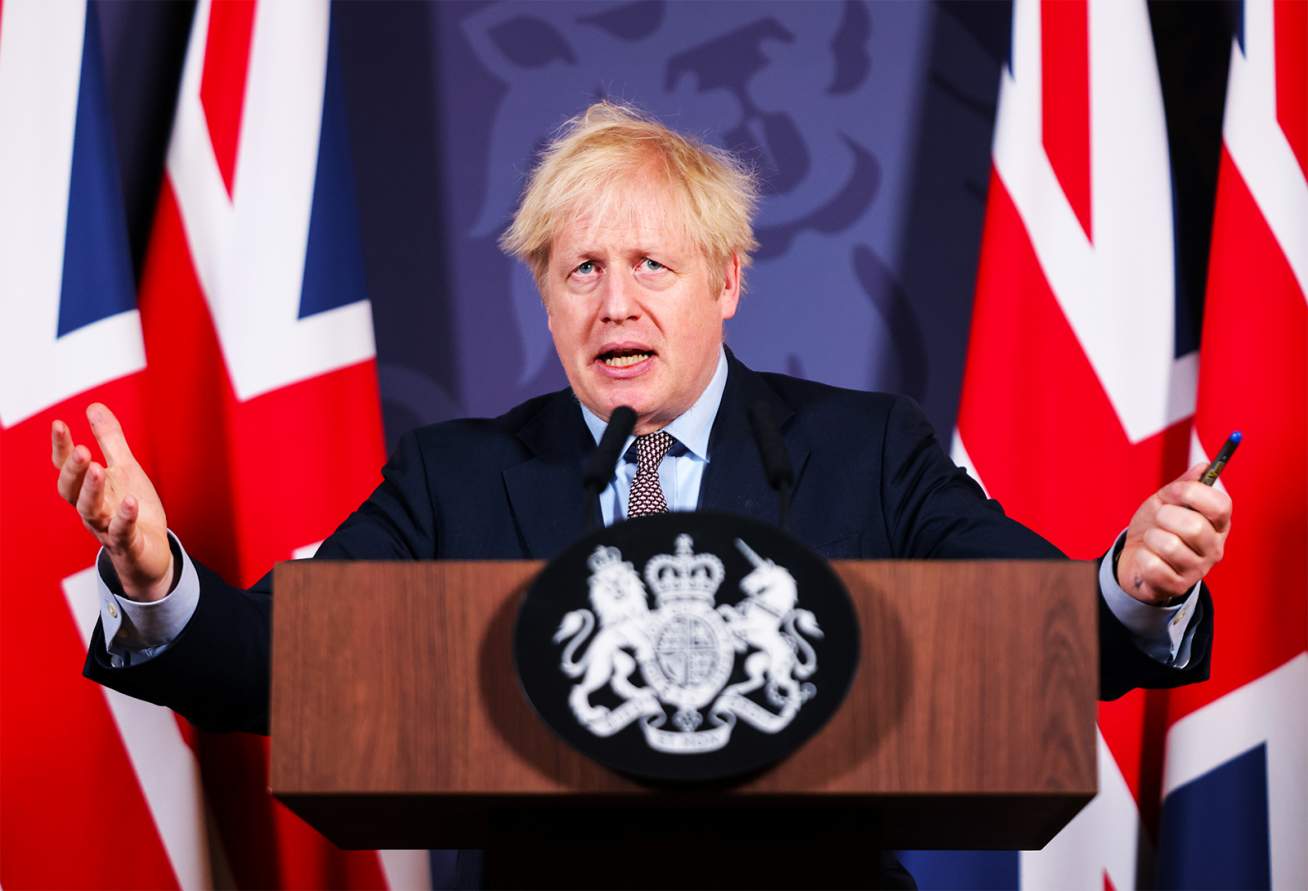 Voter Fraud is a FallacyThe Real Dangers to British Democracy

The facts are with Davidson and Davis. In 2019, when local and European elections were held, as well as the General Election, just 595 cases of alleged electoral fraud were investigated by the police, of which only four led to a conviction and two to police cautions. Only 33 cases were related to voter impersonation at a polling station – just 0.000057% of the over 58 million votes cast in all the elections that took place that year.

Johnson knows that his policy is not required to prevent meaningful fraud, but he is going ahead with it anyway. His reasons appear to be threefold: to restrict voting among poorer and minority groups; to appeal to his social authoritarian voter base; and to shift the electoral odds in his favour.

In America, Republicans favour voter suppression measures including voter ID for postal ballots and restrictions to voter registration. Scores of polling stations have been closed, primarily in minority and poorer neighbourhoods. Redistricting (boundary reviews) is used to favour Republican candidates. Suppression is focused on on minority and poor communities which are more likely to vote Democrat.

Johnson’s proposed changes appear to have similar motives. The elections watchdog, the Electoral Commission, estimates that 3.5 million people, predominately from poor and ethnic minority backgrounds, do not have appropriate photo ID. Just 53% of black people and 61% of Asian people over the age of 17 hold a full driving licence, for example, compared to 77% of the population as whole.

The Government argues that in pilot projects the “vast majority” of voters were able to participate, yet as many as 0.4% of voters were turned away at polling stations and did not return. Expanded across the country, that would equate to more than 127,000 disenfranchised voters.

Some argue that concerns are overblown, pointing to a Cabinet Office announcement which listed eligible forms of ID, including some more likely to be held by minority groups. But this fails to take into account the impact that even the requirement to show ID can have on turnout. A UK-wide survey, also by the Cabinet Office, found that more than a quarter of people without photo ID said that the new rules would make them less likely to vote.

Some believe that the law is unlikely to be implemented and that its announcement is merely another signal to Johnson’s social authoritarian voter base. But this depends on the assumption that these voters are interested in voter fraud and that they believe it to be concentrated among minority voters.

But the requirement for voter ID is not being introduced on its own. The Government has already planned a range of measures which aim to shift the electoral ground in the Conservative Party’s favour.

The forthcoming boundary review will require all constituencies to contain a similar number of voters, the net effect of which will be to shift the balance in the Conservatives’ favour – in part because poorer and minority communities are less likely to register to vote.

Plans to move mayoral elections from the supplementary vote system to first-past-the-post – the archaic system used for Westminster elections – appears to be an attempt to make gains at the expense of Labour, which won 11 out of 13 mayoral contests last week.

The plan to increase the amount that political parties can spend on elections is also likely to benefit the Conservatives due to their ability to raise greater amounts. Some fear that they already use third party campaigns to circumvent electoral spending law, particularly where it comes to social media spending.

Each of these issues on its own is mild enough to pass most of the public by. It does not appear as if democracy is in danger. It is far easier to believe that those who complain are merely finding excuses for their own electoral failure – an argument easy to make given the continued weakness of the Labour Party and the Liberal Democrats.

Yet, Johnson may find that his voter suppression measures backfire.

Pollster Peter Kellner points out that almost half the Conservative Party’s voters are working class, with it currently leading Labour in every social group except households with income lower than £10,000. Labour does disproportionately well among ethnic minority voters, but the Conservatives hope to gain in these groups. The Government could risk disenfranchising its own voters almost as much as Labour’s.

Meanwhile, the real problems facing our democracy go unaddressed. Dr Jess Garland of the Electoral Reform Society argues that proposals to introduce voter ID “are a dangerous attack on democratic rights that could lead to millions of legitimate voters being locked out of the polling station on election day”. But there remain loopholes in our electoral laws, she says, that make elections and voters themselves vulnerable to corporate donations, dark advertisements and disinformation.

When it comes to electoral fraud, it is far more often than not campaigners and parties themselves behind the breaches than voters.

The reality of electoral fraud and misinformation came to light through the actions of the Vote Leave campaign and Cambridge Analytica in 2016 – the same year that concerns were raised about intervention in the US Presidential Election that led to Donald Trump’s win.

The reaction to this in America and the UK was markedly different, however. In the US, a full inquiry was held, a report issued and action taken to protect the election system from international and domestic interference. What should have been an equivalent report in the UK cited the Government’s failure to properly investigate Moscow’s alleged interference in the 2016 EU Referendum, while Cambridge Analytica and Vote Leave have never been properly investigated.

The danger for opponents of voter suppression in the UK is that calling out such moves can be framed as the complaints of conspiracy theorists. While everyone still has the right to vote, how bad can it be?

But we should be concerned. European governments have put voter suppression measures in place. Indeed, campaigners in Hungary and Poland are quick to point out that suppression measures were introduced over time so as not to raise alarm, but that the cumulative impact has been to give their populist, authoritarian leaders a stronger hold on power.

Boris Johnson and his allies are not there yet, but with every new measure that shifts the ground in their favour, it becomes harder for their opponents to win next time – and this is how our democracy really becomes less open, fair and secure.