The Scientific Advisory Group on Emergencies (SAGE) has warned that, if the Government fails to contain new Coronavirus variants of concern, it could lead to a third wave of the pandemic three times as large as the second wave, documents released this week reveal. If this occurs, it could necessitate a third lockdown despite the success of the vaccine programme.

Several top scientists have also warned that the new Indian variant could already have become the dominant form of COVID-19 in Britain, with the potential to cause infections in spite of vaccinations. According to Professor Ravindra Gupta, of the Cambridge Institute of Therapeutic Immunology and Infectious Disease, the Indian variant “likely will cause infections despite vaccination and we don’t know how big that problem will be”.

Despite these sober warnings, newspapers such as The Times and Daily Mail have obfuscated SAGE’s analysis by selectively reporting its new scientific findings and omitting to inform readers of the huge risks and uncertainties posed by new variants.

“There are a range of scenarios where there could be troubles ahead, and much of the bullish commentary about the impossibility of an exit wave is wide of the mark,” tweeted Professor Aris Katzourakis of Oxford University.

The SAGE modelling demonstrates the hugely successful impact of Britain’s vaccination roll-out so far – showing that this could potentially ensure a Coronavirus resurgence would be far smaller than previously thought. But the problem is that best-case scenarios are based on questionable assumptions, namely that “the effectiveness of vaccines remains high” because immunity does not wane, or there being no risk from “the impact of new variants of concern.”

The best-case scenarios predict that potential deaths from a third wave would be well below 10,000. However, the SAGE report notes that “a novel variant may cause concern through either increased transmissibility… or as a result of immune escape”.

It warns “the modelling illustrates that a variant of concern that is as transmissible as B.1.1.7 but against which vaccines or prior infection yield less protection could easily lead to another peak of double or treble the size of that seen in January 2021 if no interventions were taken”.

It also warns that the impact of such a new variant “with more substantial escape from immunity” might be so dangerous that it “could be akin to an entirely new pandemic and would require the re-imposition of significant restrictions in order for the NHS to remain manageable”.

Even with moderate assumptions about the impact on immunity or transmissibility, “waves similar in magnitude to Spring 2020 or January 2021 are possible”, the report states.

This suggests that the impact of new variants could lead to a new round of excess deaths as high as 150,000 people – the former chief Government scientist Sir David King’s estimate of the real COVID-19 death toll to date, in a recent interview with Byline TV.

Now formally recognised by the World Health Organisation as a “variant of global concern”, emerging evidence suggests that the B.1.617 Indian variant is far more transmissible and may even have some impact on reducing vaccine immunity.

Preliminary data produced by a scientific team led by Professor Ravindra Gupta suggests that it has “enhanced potential to cause disease” and “neutralising antibodies generated by the vaccinated individuals were about 80% less potent against some of the mutations in B.1.617”.

Professor Gupta has pointed out that this would not necessarily render vaccination ineffective. These preliminary studies have focused on small groups relying on experiments in serum which may not be generalisable to real world vaccines.

Yet, we do have some compelling evidence that B.1.617 has an advantage over previous versions of the virus – “especially in individuals whose immunity is waning a while after previous infection or vaccination”.

Faced with these unknowns, and by doing little to mitigate risks from the new variant, in a worst-case scenario the Government’s roadmap could be creating the conditions that would necessitate yet another lockdown amid an even worse crisis than before. 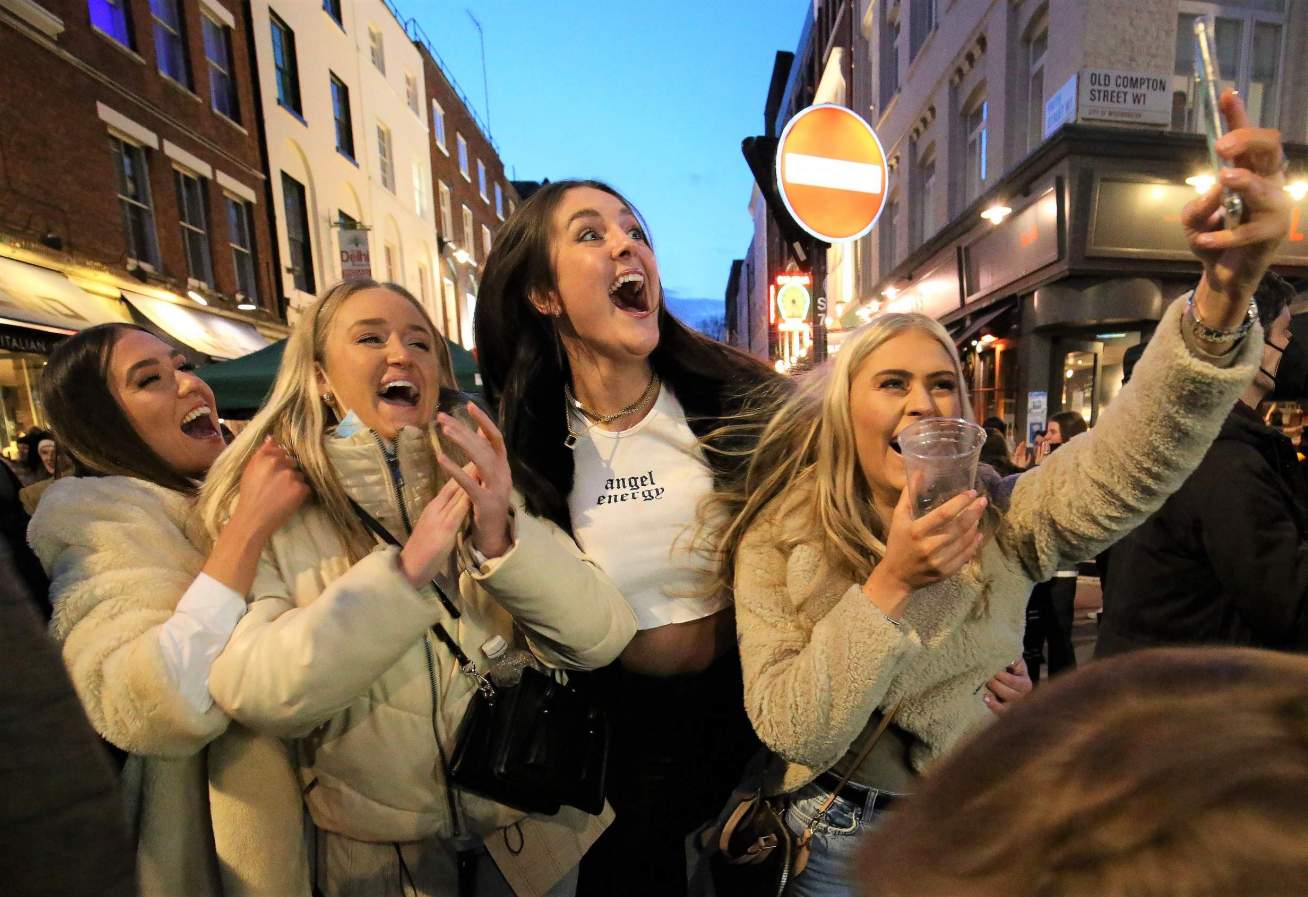 It is possible that new variants will not cause this much havoc.

But if that assumption is wrong, it could leave Britain facing a brutal resurgence of the virus. Before India was overcome by its current crisis, the country was rapidly reopening having declared its previous strategy against COVID-19 a resounding success. Now, the B.1.617 variant has been found in 44 countries around the world.

According to epidemiologist Dr Deepti Gurdasani, who co-leads the GeCIP project at the Department of Health and Social Care’s Genomics England, the B.1.617 variant “is already dominant in many regions of the UK, where it has now been linked to exponential rises – for example, Bedford, Blackburn, Sefton and Bolton. Given it’s doubling each week, it may be dominant already”.

“It’s clear that surge testing hasn’t been able to contain this so far, and probably won’t be in the future. What’s even more worrying is the lack of transparency around this,” Dr Gurdasani said, warning that Britain appears to be “sleepwalking into disaster.”

According to The Guardian, Public Health England delayed designating B.1.167 a “variant of concern” and releasing vital data on its spread due to the May elections. It is now refusing to release data on school outbreaks of new variants.

“We don’t know the extent to which vaccines work against these variants, and only 25% of our population are fully vaccinated, and 50% partially,” added Dr Gurdasani. She warned that the Government is removing critical restrictions such as masks in schools far too quickly: “One of the tests of easing lockdowns was the emergence of concerning variants. I can’t imagine a situation more concerning than the one now. What would be sufficiently concerning for the Government to act at this point?”

Pointing at Israel as an example of success in reopening, she noted that, unlike Britain, the country had far more stringent restrictions alongside the vaccine roll-out.

“Israel had outdoor mask mandates until recently – they are still continuing indoor mask mandates – they only opened schools a couple of weeks ago after 80% of their adult population was fully vaccinated, and they still have mask mandates in schools,” she explained. “They’ve been much stricter with NPIs (non pharmaceutical interventions) than we have.”

The only way to avoid a third lockdown, then, would be by averting a potentially larger third wave. This would require slowing down the easing of restrictions in order to suppress transmission until greater levels of vaccination are achieved – and until we know more about the new variants.

The good news is that US scientists have just developed a potential new pan-Coronavirus vaccine which has proven effective against all variants and other coronaviruses. It has yet to be trialled on humans.

Professor Ravi Gupta told Byline Times that “my personal view is also to delay opening up as the Indian variant likely will cause infections despite vaccination and we don’t know how big that problem will be. We want to limit infections and potential long COVID as well as protect the vulnerable for as long as we can”.

Rather than extending the harshest forms of lockdown, the Government could follow Israel’s example by ensuring that key restrictions remain in place alongside vaccinations, amid a stringent ‘Test and Trace’ programme to ensure as safe a reopening as possible.

Instead, the evidence marshalled by SAGE and other scientists suggests that – encouraged by disinformation networks tied to Conservative Party donors – the Government’s roadmap could be quietly ushering in a dangerous new stage in the pandemic.