The wave of COVID-19 now taking over in India is beyond anything seen thus far in the pandemic. That includes horror stories from the last wave in India, the ongoing tragedy in Brazil, and the worst of the pandemic in the US and UK. As the Financial Times reported, “India’s wave has accelerated straight past all of them”.

India has vaccinated fewer than 10 out of every 100 people. For some, this is explanation enough of its high case and death rates.

But, on the other side of the planet, Chile tells a different story. Chile have given more vaccine doses per head of population than the UK, at 75 per 100 compared to Britain’s 70. Yet Chile too is in the grip of a new wave, with daily cases hitting 9,000 for the first time. Intensive care units are again overwhelmed, the country has closed its borders to non-residents, and most of its 18 million inhabitants are in lockdown.

The frustration and confusion felt by Chileans over the renewed lockdown is due in part to the fact that, two months ago, President Sebastián Piñera was boasting about Chile having one of the fastest vaccination roll-outs in the world. Critics have accused the Government of triumphalism and loosening restrictions too fast. Restaurants, shops, and holiday resorts were opened to kick-start the economy; residents were allowed to travel and take holidays; they were told the end was in sight.

Piñera believed that the vaccine roll-out would be enough to free his people from the pandemic but failed to account for three important factors that are concerning scientists and health workers in the UK and around the world.

First, vaccines are not entirely effective. The UK Government believes that 13% of vaccinated people may not be protected. In Chile, that figure could be higher due to questionable efficacy of the CoronaVac (also known as SinoVac) vaccine used most widely in the country.

Second, Chile is suffering from one of the new variants that have emerged over recent months. The P1 variant, first seen in Brazil, is like the Kent B.1.1.7 variant – more transmissible than the original – and is behind the bulk of new cases.

The third reason for the new surge is more practical – the Government downplayed the need for mask-wearing, washing hands and social distancing during their summer months which “is one of the causes of the outbreaks we are seeing now”, says Dr Susan Bueno, a professor of immunology from the Pontifical Catholic University.

The UK Government is making the same series of errors. Vaccination rates are high and it is opening up the economy and travel – yet, as in Chile, young people are yet to be vaccinated, while people in older groups have only had one dose. Many remain unprotected.

As in Chile, the Government is downplaying the need for physical protection. Schools are the number one environment in which large numbers of unvaccinated people gather and the most likely source of a new household infection, yet the Education Secretary has announced that he will remove the requirement for mask-wearing in secondary schools from 17 May – albeit with the caveat that his final decision will follow a “review of the latest data on infection and vaccination rates”. Primary schools, where mask-wearing is not required, have already been the source of outbreaks of new variants on at least two occasions. 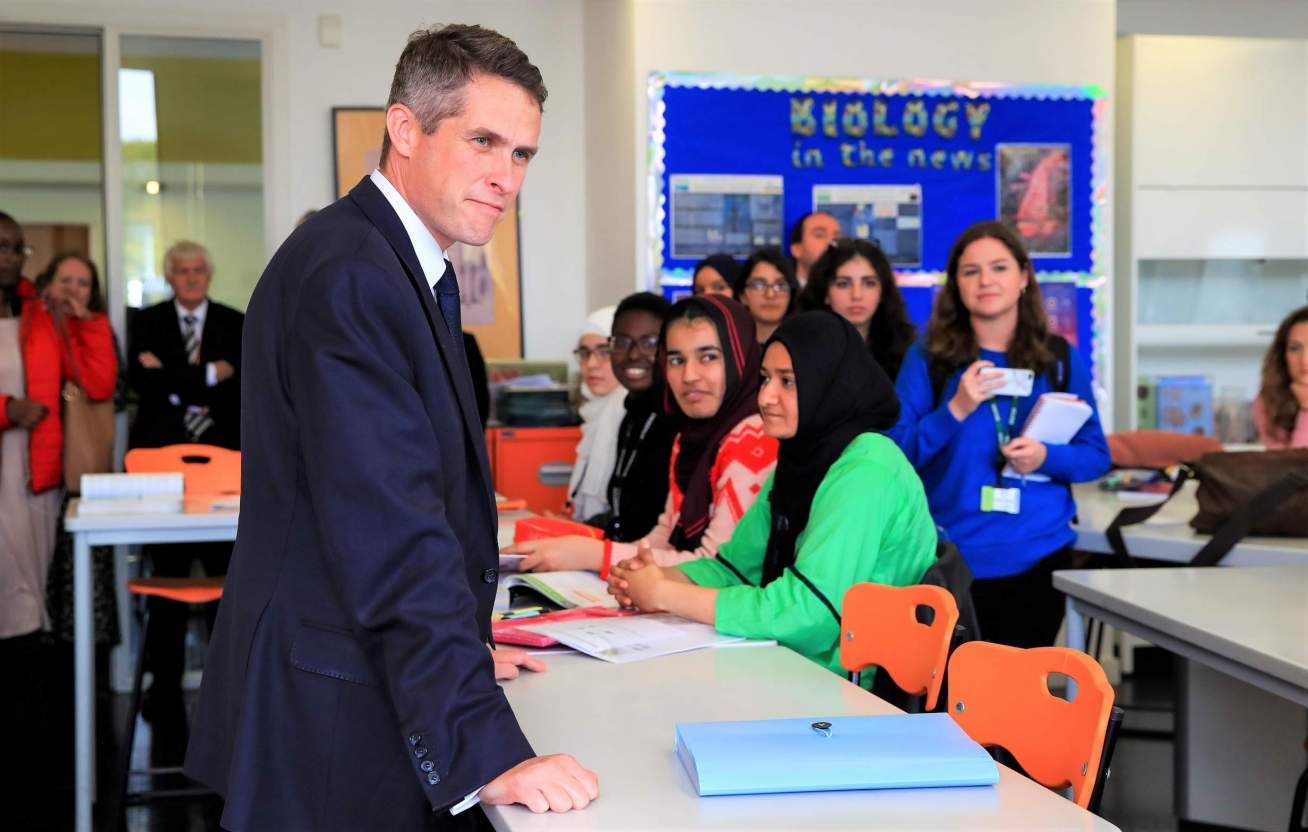 And, like Chile, the UK is vulnerable to new variants. Boris Johnson argues that we “must learn to live with COVID as we live with flu” because “we have this vaccination programme and the capability to evolve our vaccines”. But many scientists and health workers are sceptical that vaccines alone will allow society to return to normal.

According to Dr Deepti Gurdasani, of Queen Mary University of London, relying only on vaccines is unlikely to free us from the pandemic, given the ability of the virus to mutate to become more transmissible, to evade immunity and to infect younger people – as existing variants have already proven themselves capable of doing.

The P1 variant overcame the CoronaVac vaccine in Chile. The South African variant reduces the effectiveness of the AstraZenica vaccine to 20%, while an Israeli study found that it could ‘break-through’ the Pfizer vaccine. The Indian variant carries mutations found in both the P1 and South African strains. All three are present in the UK. Unlike in Chile, the P1 variant is spreading only slowly – but the others are growing rapidly enough to be of serious concern.

Increasing vaccinations reduces the rate at which new variants are generated and the speed of adaptation, but variants can still develop in a partially vaccinated population. Globally, only 14 doses have been administered for every 100 people. There is already a stark gap between vaccination programs in different countries, with some yet to report a single dose.

For Dr Gurdasani, “we’ll constantly be behind the virus unless we control it using the measures we have failed to use so far, including ‘Test and Trace’, mitigations in schools, border controls, support for those isolating and continued social distancing and mask use.”

Scientists are already worried that the South African variant may be too far spread to stop, despite only 600 confirmed cases. The Government hopes to contain it with surge-testing but scientists fear that this may not be enough.

“Surge testing works until the day it doesn’t,” said Danny Altmann, professor of immunology at Imperial College London. The variant would “completely devastate us” if health officials are unable to prevent it from spreading nationwide – just as the B.1.1.7 did at the end of last year.

Known cases of the Indian variant are so far smaller in number but it is growing more quickly, at a similar rate to B.1.1.7 at the same stage of its emergence.

The combination of variants able to evade existing immunity, renewed mixing of populations including unvaccinated young people, the already incomplete protection offered by vaccines, and the fact that 21% of the population is ineligible for vaccination could create a perfect storm. 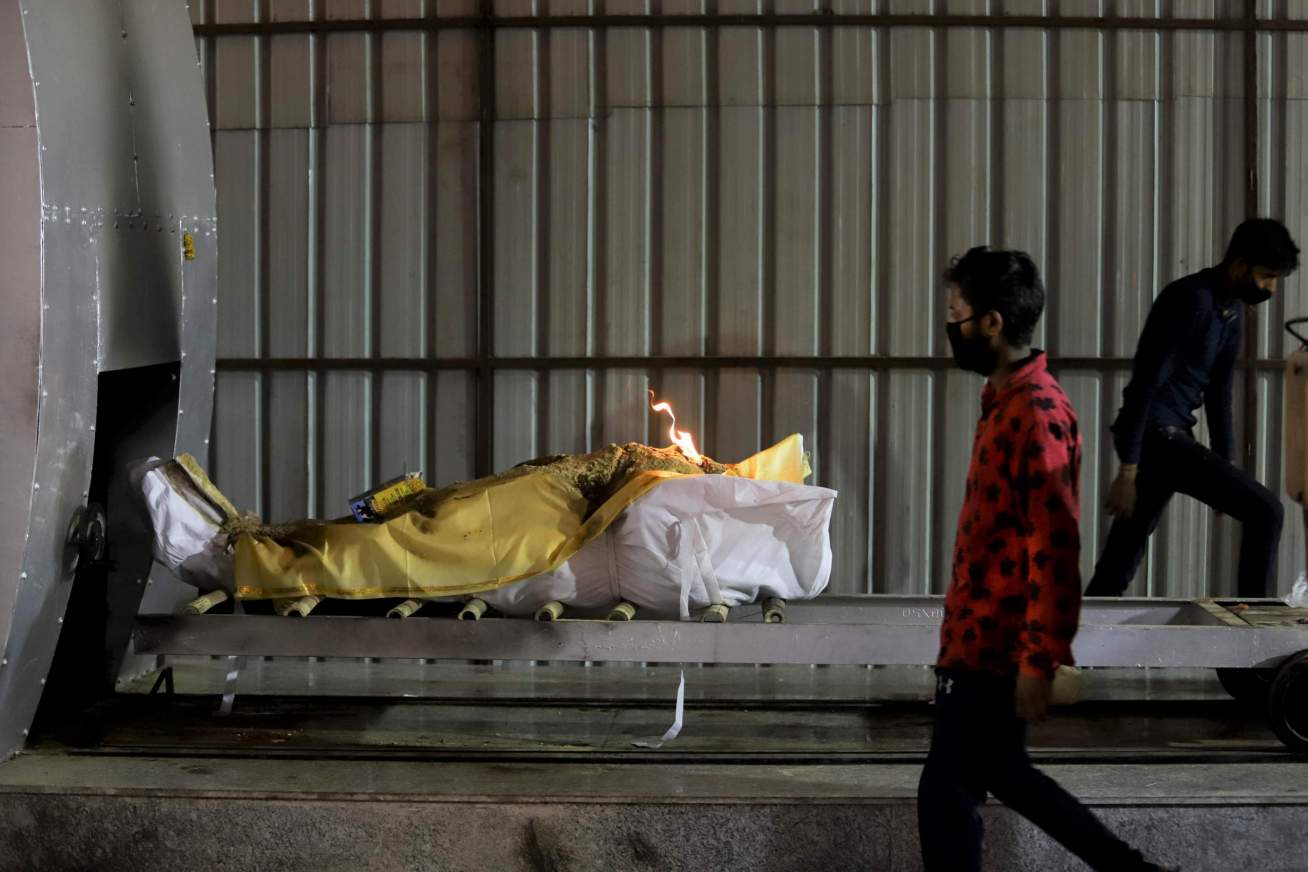 The Prime Minister rightly says that we could “evolve” vaccines to cope with variants, but he forgets that doing so would take months. Recalibrated vaccines would have to be developed, manufactured and delivered to populations. We have barely begun to vaccinate the world’s population. Until we vaccinate everyone or reduce cases to near zero, the virus will continue to mutate. As we defeat one variant, a second will develop. There is no easy escape.

But there is another way. The last lockdown brought us to well below a thousand cases a day. A slight delay in opening up, combined with border controls and a working Test and Trace system, could have got us to Zero COVID-19. We could have chosen to join the 23% of the world’s population living free from the pandemic – as in Australia, New Zealand and South Korea.

Instead, Johnson tells us that another wave is “inevitable”. He may still believe, as he did a year ago, that ‘herd immunity’ is achievable. But, even if vaccines and transmission could get us there – and we were willing to pay the price in deaths, Long COVID and recurrent lockdowns – we would still be vulnerable to mutations.

Doctor and researcher Dominic Pimenta believes that eventually we will learn to make a better choice. “We won’t tolerate young people getting sick in substantial numbers, or vaccinated people getting sick from [variants],” he tweeted. “And, when we realise that, we will realise the only long-term route to normal life is elimination.”

This article was amended on 27/04/21 and 28/04/21 to correct any false and unintentional impression that vaccines in themselves create mutations, and to clarify the comparison of vaccination levels between the UK and Chile