Under the Thumb of the MilitaryMass Starvation Returns to Ethiopia

More than three decades after Bob Geldof and Band Aid, mass starvation has returned to haunt Ethiopia once again – this time as part of a deliberate policy of intimidation against the minority Tigray population in the north of the country.

According to the Government’s own estimates, around 4.5 million people in the region are in need of food as the result of a conflict which erupted last November and has continued sporadically ever since.

Along with reports of massacres, destruction of healthcare facilities and horrific gang rapes it has been claimed that the army is preventing local people from feeding themselves.

Leandra, who came to the UK after fleeing persecution in Ethiopia at the age of five, told the Byline Times Podcast that her relatives who live in an agricultural community in Tigray are among those who’ve been warned against harvesting their crops.

She said, “In the UK, people gave loads of money to Band Aid when Ethiopians were starving, and right now starvation is being used as a weapon. Farmers are being told they’ll be shot if they do any farming and all of the food they have is being burnt rather than given to the people.”

She also fears for the fate of her younger relatives and wonders about the trauma they will suffer, if they manage to survive.

“My three- and five-year-old cousins have actually seen soldiers kill people in front of them. And I think that’s going to live with them a long time” she said.

Leandra’s claims are difficult to independently verify, although last month the UN Human Rights Commission announced that it was launching an investigation into alleged abuses.

International media have found the conflict difficult to report, not least because of frequent power cuts in Tigray which restrict communications. Leandra believes this is part of a deliberate strategy by the Government to censor information coming out of the area.

Alex De Waal, Director of the World Peace Foundation, a human rights organisation based at Tufts University in Massachusetts agrees, saying: “There is a concerted attempt to stop information reaching the outside world. The internet is shut down, cell phones are shut down, even international aid workers are prohibited from using two way radios. I’ve never in my 30 year career seen such an effective way of shutting down information.”

As a result, he said, “this is the worst crisis about which we know the least,” whilst adding that his sources in the region confirm the thrust of Leandra’s allegations.

“There is overwhelming evidence of campaigns – which are systematic, widespread and co-ordinated – of mass atrocities including starvation, rape and killing,” De Waal said. 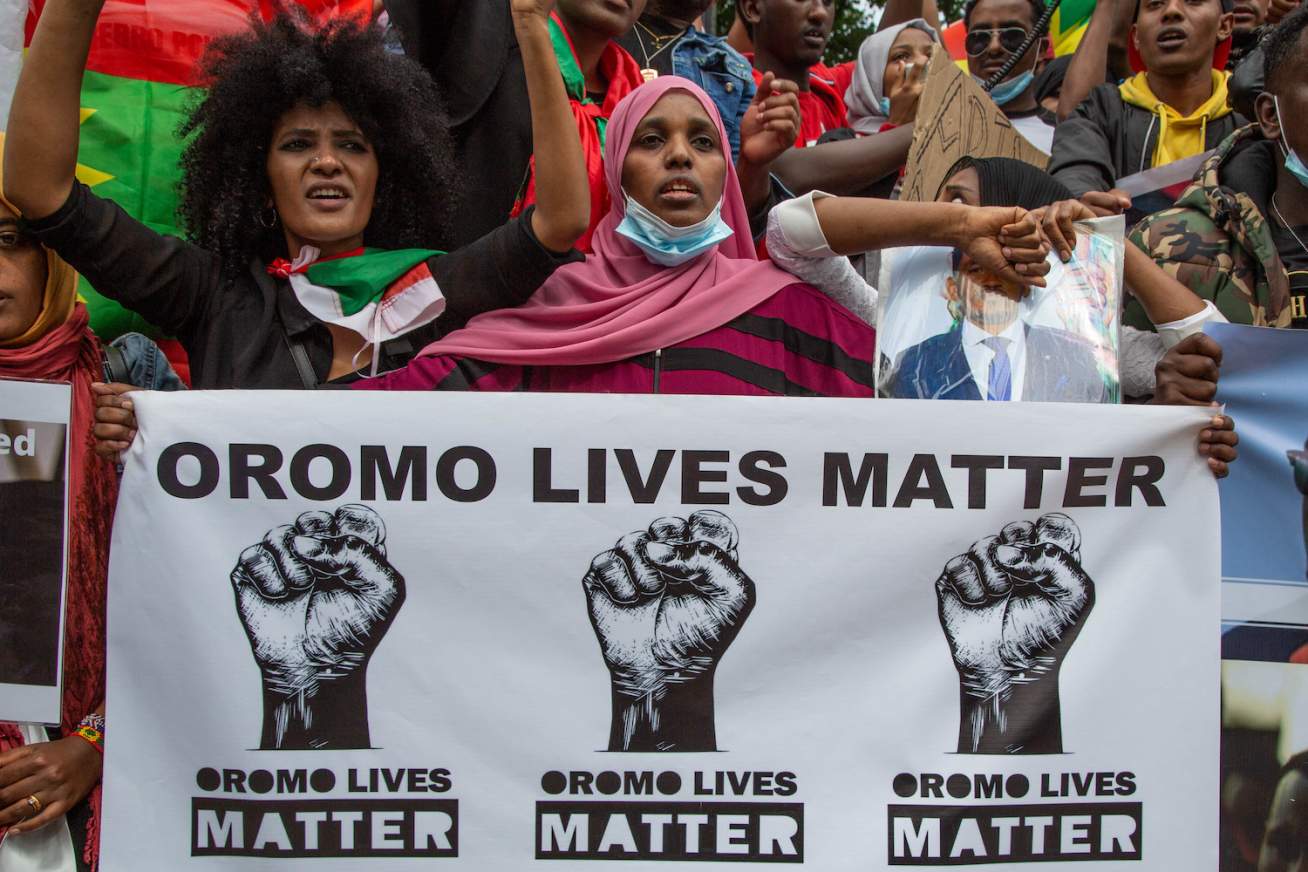 Conflict in EthiopiaConfronting theEffects of Empire

Continued fighting in the region has seen an estimated 2 million people displaced and has hindered the delivery of a $305 million US aid package sanctioned by Joe Biden’s administration, which has also voiced its concern about human rights violations.

Violence erupted in Tigray last November after an attack on an army base which the Government in Addis Ababa blamed on the Tigray People’s Liberation Front.

The TPLF had been the dominating force in the Ethiopia’s federal government until years of protest finally ushered in a new era of liberalisation in 2018, led by Prime Minister Abiy Ahmed who won a Nobel Peace Prize for brokering peace with neighbouring Eritrea.

Ironically, some of the worst atrocities in Tigray have been blamed on the Eritreans, but although Ahmed acknowledged last month that they may have committed crimes, he also said they had “done a lasting favour to our soldiers.”

That’s disputed by De Waal, however, who said there is “no moral of ethical justification” for the assault on Tigray.

“Whatever the political origins of this war, the reality today is that there is this ongoing campaign against the Tigrayan people and there is absolutely nothing that could justify that under international humanitarian law,” he added.