The ‘Special Relationship’ is not simply a tabloid slogan – it is a guiding principle of British politics. All politicians must sign-up to the immutable idea of the transatlantic alliance.

However, over the past four years, the nature of this conviction has been tested like never before. Donald Trump’s election as US President brought a despotic force to the West Wing, risking the destabilisation of the Special Relationship.

In response, some pandered. They either actively admired Trump’s xenophobic rhetoric, or they believed that it was merely a show for the cameras and that he would settle down in office.

Others rebelled, seeing the Special Relationship as a union with the American people and the nation’s liberal, democratic values – which Trump was set on violating.

At one point, Trump even described Farage as the “king of Europe”

The correct approach seems to have become clear over the past week. On 6 January, Trump encouraged his supporters to march on the Capitol, which they did – attempting to ransack American democracy and costing several lives in the process.

The response of Trump’s British cheerleaders has involved strategic condemnation from some – an attempt to erase their support for a low-functioning autocrat – and telling silence from others.

Since the actions of these influential conservatives sanctioned, validated and amplified Trump – the alt-right President – it is important that they don’t get away with whitewashing history. So, in that spirit, Byline Times has catalogued some of Britain’s top Trumps.

One of the most shameless and transparent reversals over recent weeks has been undertaken by newly-appointed Conservative peer Daniel Hannan.

On 20 September 2020, prior to the US Presidential Election, the former Member of European Parliament wrote an article for the Telegraph headlined: ‘Trump’s Flaws Are Many, But He’d Be Better for Britain than Biden’.

Just four months later, writing for the same publication in the aftermath of the Capitol Hill chaos, Hannan hadn’t just changed his tune – he was singing in an entirely different language. “Donald Trump Is Guilty of Treason: Political Violence in a Democracy Is Never Justifiable,” the headline of his new piece read.

Senior Conservative Brexiter Jacob Rees-Mogg – now a member of Boris Johnson’s Cabinet – has also proudly defended the American President over the past four years, even prior to his election.

In September 2016, the North East Somerset MP said that he would “almost certainly” vote for the Republicans – and hence Trump – if he were an American.

After Rees-Mogg’s wish was fulfilled, and as Trump prepared to visit the UK in 2018, he urged Britain to warmly welcome the alt-right cult icon. Without Donald Trump, “the US would be offering no support for Brexit and would be seeking to frustrate it,” he wrote in a column for The Times. “The red carpet that is laid out must be spotless and the evidence of our close relationship on clear display.”

Darren Grimes would most likely take the prize for being the UK’s most effusive online Trump supporter.

It is difficult to catalogue the full scale of his grovelling, but the past few months provide a good flavour.

On 6 January, for example, just hours before the carnage on Capitol Hill, Grimes launched a tone-deaf tirade against Democrats who campaign for the use of inclusive gender pronouns. “If you thought America was crazy under Trump, fasten your seatbelt, the wokies are in charge now,” Grimes tweeted, not long before hundreds of gun-wielding Trump enthusiasts stormed the forum of American democracy.

In an additional irony, just a few days earlier, Grimes had tweeted that “an American friend recently told me that he believed the election of President Trump was the last chance for the USA to come to its collective senses. When you see what the priorities of the Democrats are, it’s not difficult to see why he’s so gloomy”.

This supplemented a tweet posted by Grimes earlier that day, which suggested that Trump could not be a “fascist” or a “white supremacist” because of the diversity of people who voted for him.

Several of those who stormed the Capitol building brandished the flag of the Confederacy, a breakaway state that fought against the freedom of slaves in America.

It also appears that Grimes deleted a tweet, posted immediately after the election, of him wearing a “Make America Great Again” hat, with the caption, “2024 lads.”

Support for Trump has of course filtered down from the highest reaches of Conservative politics.

Leaked memos from 2017 showed that, while Foreign Secretary, Boris Johnson praised Trump for “making America great again”, adding that he had been doing “fantastic” work on foreign policy.

A year later, Johnson suggested that Trump should be in line for a Nobel Peace Prize, for his response to crises in Iran and North Korea.

Then, in 2019, Johnson called on fellow Conservatives to “pay tribute” to Trump’s work in supporting free market economics. It has also been reported that, during this time, Johnson was working closely with alt-right former Trump campaign manager, Breitbart News executive chairman and Cambridge Analytica vice president Steve Bannon, as he plotted his course to 10 Downing Street.

It therefore rang hollow when, in the wake of the violence in Washington DC last week, the Prime Minister criticised Trump for failing to ensure a peaceful transition of power. Especially given that Johnson’s Foreign Secretary, Dominic Raab, had refused to do the same when Trump went rogue in the aftermath of the election.

“You are asking me to comment on the campaign commentary from both sides… which forgive me I will refrain from doing,” Raab said the morning after the election, while Trump fanned online conspiracy theories about a “stolen” vote.

Johnson’s running mate in both Brexit deception and Trump sycophancy has been Michael Gove.

The former journalist conducted an interview with Trump in 2017, with the paper’s proprietor Rupert Murdoch invited along to supervise proceedings. A beaming photo was taken of the two politicians following the interview, while Gove described Trump as “an electric personality”, when interviewed by Sky News about their date.

The tempo of the Trump relationship was also established by the first Prime Minister encountered by the new President – Theresa May.

It is difficult to forget the scenes of Trump holding May’s hand down the colonnade of the White House in January 2017, and the Prime Minister extended a rhetorical hand of friendship in June 2019, when the President visited London.

May lauded Trump for his response to a chemical attack in Syria, expelling Russia diplomats after the Salisbury poisonings, and for taking a tougher stance towards NATO members and their financial contributions to the organisation.

However, all the above have ultimately taken their lead from Nigel Farage – the President’s original British cheerleader.

Despite COVID-19 concerns, Farage ventured over to the United States to campaign for Trump late last year, using one speech to laud him as “the bravest person I have ever met”. Even the usually publicity-hungry President looked at bit embarrassed at the remarks.

As a reward for his loyalty, including regular media appearances and speeches in support of Trump during the 2016 campaign, Farage was rewarded with an invitation to visit the President during his trip to London in June 2019. At one point, Trump even described Farage as the “king of Europe”.

Farage’s response to the Capitol Hill violence has therefore been unsurprisingly muted. The only tweet he has posted about the events said, tersely: “Storming Capitol Hill is wrong. The protesters must leave.”

Nigel Farage was the first British politician to meet Donald Trump after his victory in November 2016, along with his political surrogates: Arron Banks, Andy Wigmore and Raheem Kassam.

This meeting epitomised the cross-fertilisation between the members and tactics – not least questionable data practices and reported foreign influence – of the Brexit and Trump campaigns, subsequently catalogued by Carole Cadwalladr in the Observer.

This alliance has sustained over the succeeding years, with Banks and Wigmore invited to spend time at Trump’s Mar-a-Lago resort in Florida in 2018.

“You can’t have a revolution with tea and cucumber sandwiches,” Banks tweeted about Trump in March 2019. Indeed, we now know that Trump’s revolutionary tactics have certainly not been mild-mannered.

Meanwhile, Trump has also captured the attention and admiration of some Conservative backbenchers.

During the 2016 presidential campaign, Lichfield MP Michael Fabricant predicted that Trump would be a “great President” if he was elected, and would quickly moderate his views.

“I think as soon as he were to become President he would be very pragmatic,” Fabricant said. “He would have different advisors around him.”

This prediction has subsequently been found to be entirely false. 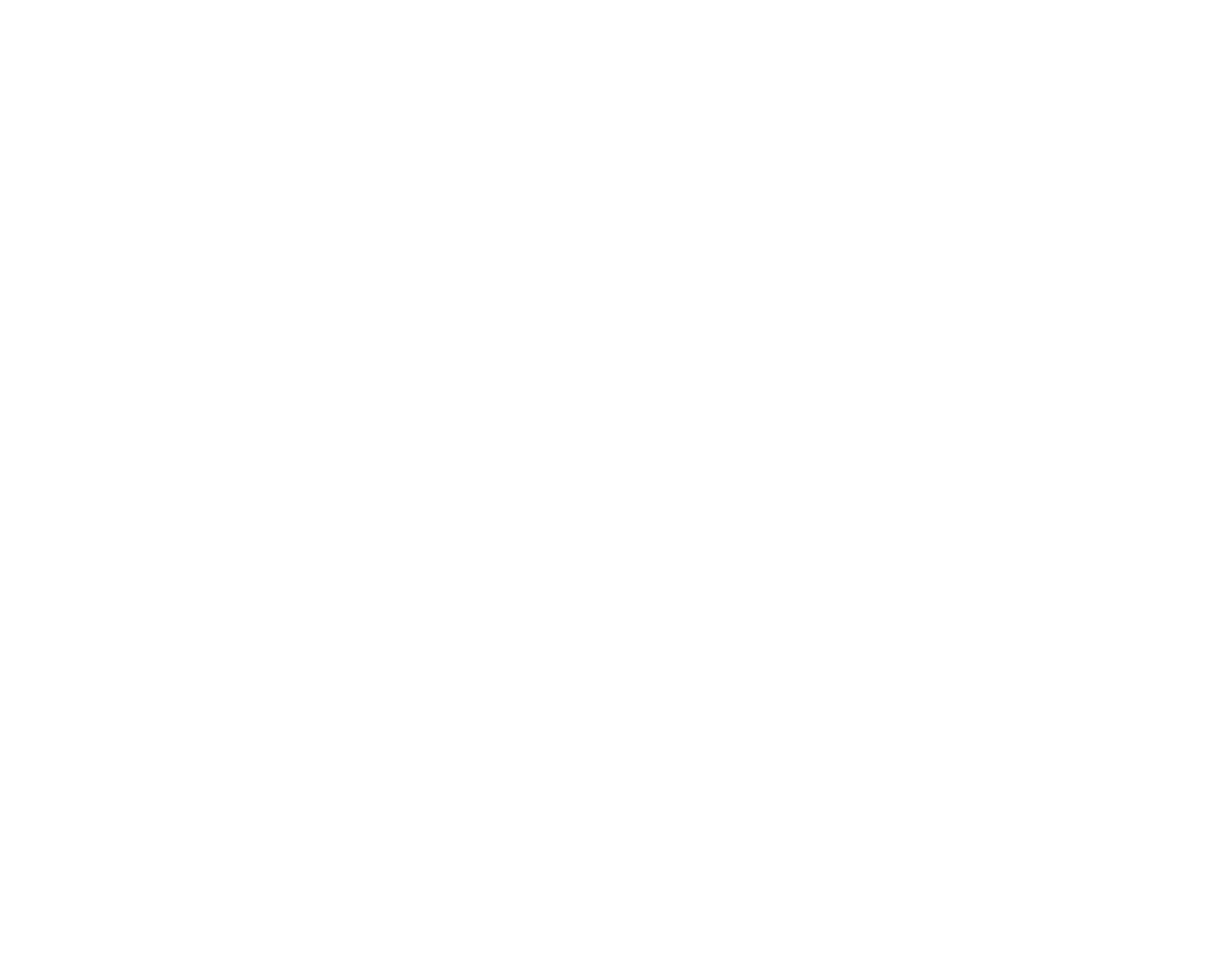 These views have been egged on by a compliant right-wing press, desperate to wallow in Trump’s reflected glory and maybe even pick up a lucrative Fox News slot for good measure.

Telegraph journalist Tim Stanley was one of the first on the frontline in January 2017, writing a piece entitled ‘Five Reasons Why a Trump Presidency May Be More Awesome than Awful’.

“It’ll be nice to have a president who calls a terrorist a terrorist and Christmas Christmas,” Stanley wrote, while celebrating Trump’s plans to cut funding for abortion services.

Piers Morgan may have emerged as a beacon of resistance against pandemic incompetence in recent months, but it is difficult to forget his role in boosting Trump.

Regularly claiming that the President is a personal friend, Morgan conducted a number of exclusive, cushy TV interviews with the Donald – handing gifts to Trump after every encounter.

Morgan has been urging the President on Twitter to accept his election defeat and has reacted with genuine shock and horror at the scenes in Washington DC. But perhaps he should take some responsibility for swelling Trump’s authoritarian pretensions.

Morgan hasn’t been the only journalist who has fawned over Trump since 2016. As highlighted by Guardian columnist Owen Jones, plenty of writers at the Spectator magazine have carried the Trump torch for the past four years.

Even in the wake of Trump’s defeat and descent into a black hole of conspiracy theories, the Spectator – chaired by Andrew Neil – was still stubbornly publishing supportive articles of the President.

Headlines over the past few weeks have included: ‘The Never-Ending Smugness of Never-Trumpers‘ by Trump accomplice Douglas Murray; ‘Trump 2024! He Definitely Lost – But He’s Not Finished Yet‘; and ‘Who Cares Whether Trump Accepts that Biden Won?‘

And whereas Spectator editor Fraser Nelson ran an article in September entitled ‘Donald Trump: Defender of Liberalism‘, he has since taken to the pages of the Telegraph to denounce Trump’s role in the invasion of Capitol Hill, labelling it his “final act” of betrayal. Meanwhile, on 7 January, Murray himself wrote an article for the Spectator entitled: ‘Only Trump is to blame for the Capitol chaos’.

There was no recognition from either that Spectator writers have for years themselves encouraged Trump’s authoritarian antics.