Now isolated from the Continent and determined to ‘rule the waves’ once more, Britain looks to countries with questionable regimes to strike up business deals

Brexiter politicians have celebrated the apparent opportunities that leaving the EU will bring, particularly the advantages of free trade agreements. The new ‘Global Britain’ will no longer need to deal with Europe’s complex bureaucracy and the nation will be able to negotiate bespoke agreements which are best suited to its economy, the public has been told.

Whether this turns out to be the case remains to be seen. But there is one sector of international trade which has been give a major boost by the Government – “defence and security”, also known as the British arms trade.

Shortly after Britain voted to leave the EU, the then Prime Minister Theresa May proclaimed that “Brexit means Brexit” and that the Conservative Party would “forge a bold, new, positive role for ourselves in the world”. She then formed the Department of International Trade – which today oversees the approval of billions in arms exports.

Five “business councils” were also established, each aimed at helping to provide advice on post-Brexit business opportunities. The man picked to co-lead the council on industrial, infrastructure and manufacturing matters in 2018 was Roger Carr, chair of one of the UK’s biggest arms companies, BAE Systems. His leadership role is shared with Ian Davis, chair of Rolls-Royce, a company that supplies the engines for many of the UK’s military aircrafts.

Unsurprisingly, the UK’s biggest post-Brexit arms trade opportunities have come in the regions which operate against all the principles that the UK claims to represent.

Analysis by campaigners at the Campaign Against the Arms Trade (CAAT) found that exports to regimes that the Foreign Office called “human rights priority countries” were amounted to £173 million in 2018. But, 12 months later, that figure reached £849 million. Among the countries were Bangladesh, Israel, Colombia and Pakistan.

A total of £1.3 billion in export licences were approved for countries categorised by the US organisation Freedom House as “not free” in 2019.

This trend of British-made arms ending up in the hands of dictators and repressive regimes – despite the Government’s claims that it take arms exports “very seriously” – is likely to become the norm. Since the Brexit vote, arms-makers have been speaking with enthusiasm about how Britain leaving behind EU red tape makes arms deals outside of Europe a lot easier.

Just two months after the 2016 EU Referendum, the Aerospace, Defence, Security and Space Association – the UK’s trade body for arms companies – said that “Europe will continue to be important, but there are perhaps other areas where there is now a bigger incentive to develop longer-term relationships. Brexit provides the circumstances and the catalyst for faster and more efforts”.

Likewise, in 2017, the then Defence Secretary Michael Fallon told delegates at the world’s biggest arms fair in London – the Defence and Security Equipment International – that Britain intends to “spread its wings across the world” in pursuit of more deals. “As we look to exiting the European Union, to go increasingly global, we see our equipment as a platform for even stronger partnership,” he said.

Andrew Smith of CAAT told Byline Times that plans to take the arms trade “global” are likely to mean expanding arms sales in the Middle East – a region that has faced decades of unrest and war, often involving or fuelled by Western Governments.

“There is no reason to think that EU membership has done anything to reign-in UK arms sales, or that there will be any immediate change to arms export policies,” he said. “However, one thing we can be certain of is that Brexit is likely to see the role of human rights in foreign policy diminished even further as the UK pursues quick deals with the Gulf Cooperation Council members.

“The Gulf focus was emphasised by Theresa May, who, in December 2016, used a visit to Bahrain for the Gulf Cooperation Council to call for even closer ties to the region. In her speech, she said ‘we should seize the opportunity to get out into the world and to shape an even bigger global role for my country; yes, to build new alliances but more importantly, to go even further in working with old friends, like our allies here in the Gulf’.”

Improved relations and larger arms exports in the Middle East are likely to spell bad news for Yemen. The Gulf Cooperation Council consists of six nations in the Middle East, including the United Arab Emirates, Saudi Arabia, Qatar, Bahrain and Kuwait – all of which are involved in the Saudi-led coalition which has been carrying out a bloody offensive against Houthi rebels in Yemen.

The UK is already estimated to have exported at least £6.5 billion in arms to the coalition since the war began in 2015 and that has been increasing every year. This is despite widespread reports of war crimes and international organisations such as the United Nations warning that countries arming the coalition could be complicit in those crimes.

Elsewhere in the Middle East, the Government bragged in 2018 about a 75% increase in exports to Israel in the wake of the Brexit vote. Arms sales there soared from £20 million to £270 million in 2015. In 2020, the Israeli Government floated the idea of annexing up to 30% of the West Bank which is occupied by Palestinians. The suggestion was condemned by the Foreign Office but CAAT’s Smith wrote that the very reason Israel felt empowered was because Governments such as the UK are reluctant to do any more than make “rhetorical objections” – including refusing to suspend arms sales.

In Ceasefire Magazine, he wrote: “This has not come out of nowhere, it follows years of daily abuses, institutional discrimination and systematic violence that has been perpetuated with the support of many influential arms exporting governments including the UK.” 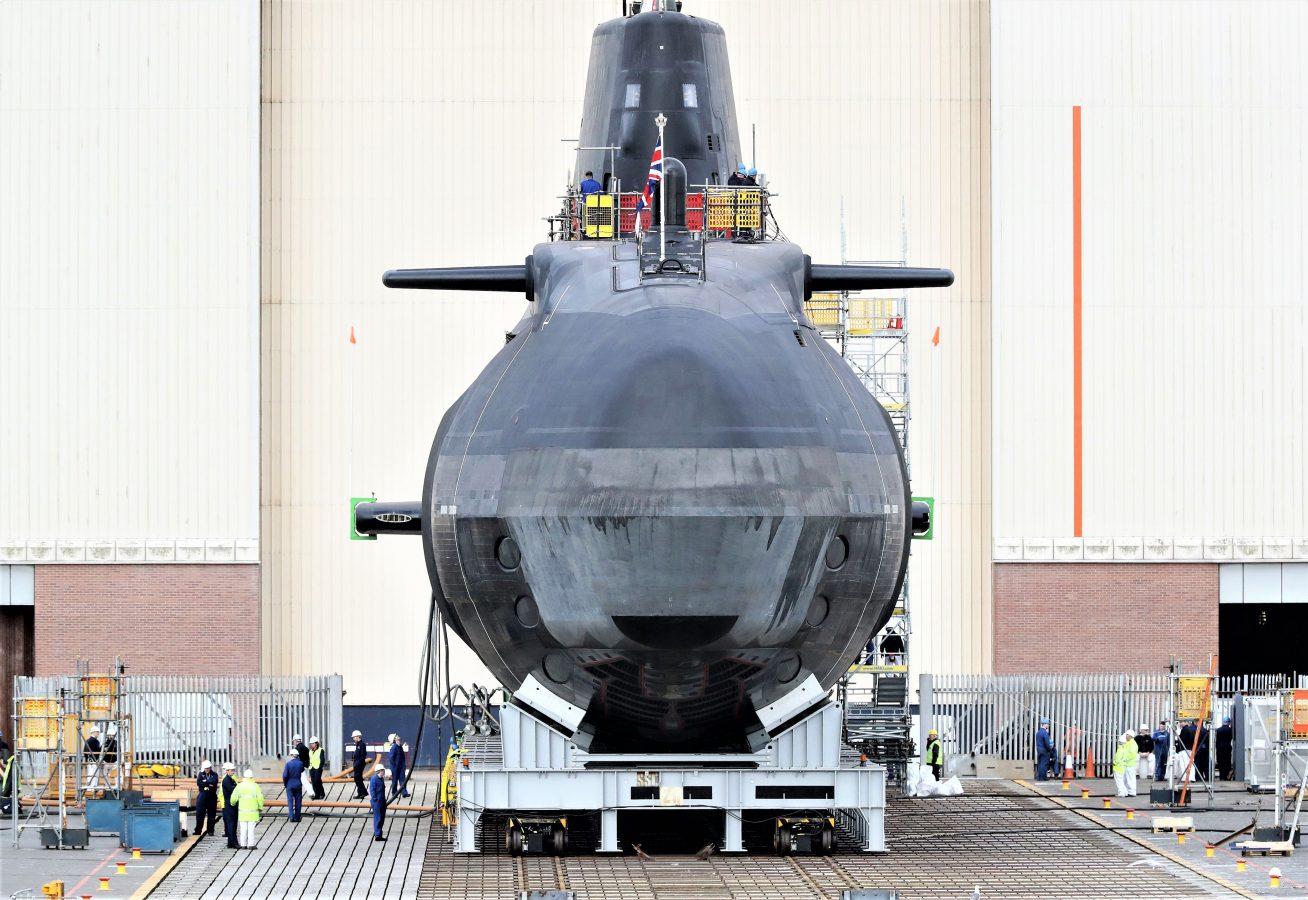 Opportunities During a Pandemic

It is not just arms companies and politicians who have been drawn into Britain’s post-Brexit arms trade boost but also British taxpayers.

Shortly after the Government published a ‘Global Britain’ export strategy in 2018, emphasising the importance of the defence industry, an additional £2 billion of credit was announced for buyers of British products and services.

This was boosted further in March 2020 – the same month the country first went into lockdown due to the COVID-19 pandemic – when it was revealed that the Government had quietly begun putting together plans to lend a further £1 billion of public money to foreign countries so that they could buy British arms.

The pandemic borrowing is understood to be focused specifically around giving out loans to nations with developing economies. With the Government already heavily involved in selling arms to a raft of rights-abusing regimes across the world, the revelation has left many fearing that this means that taxpayers themselves could be inadvertently fuelling wars or repression.

Byline Times has also revealed that, during the height of the first wave of the Coronavirus pandemic, multi-million-pound contracts signed by the Ministry of Defence surged by more than £30 million. An investigation found that the Government had paid its top 10 contractors a total of £712.4 million for contract work between April and July 2020, in comparison to £679.6 million in the same period the previous year.

This has been coupled with the Government’s announcement of the biggest defence spending hike since the Cold War. As the Government scrambles to handle the deadliest pandemic in generations, Defence Secretary Ben Wallace has said that the £16.5 billion increase in defence spending “allows us to invest in our fantastic shipyards and aerospace industry”.

Smith of CAAT said that he expects the pandemic to have a “big impact” on the arms industry due to the decline of the civilian aerospace sector.

“The Government should be using this time to invest in sustainable industries such as renewable technology, but instead it is likely to see an even greater focus on the arms industry,” he told Byline Times. “There has already been a drive for ever-greater military spending and the Government has now created a £1 billion fund to encourage foreign armies to buy UK-made arms. Even if the overall level of arms sales was to fall as a result of Brexit, I expect that the percentage of sales going to human rights-abusing regimes will increase.”