In an exclusive interview with Byline Times, Twitter’s Roadside Mum explains how she was expected to feed her children for 10 days on the meagre free schools meal pack provided by a food service firm

“If you are going to take what we were given and religiously feed that to your child at every lunch, how miserable for that child,” Roadside Mum says. “It’s a way of telling people they’re not worth anything.”

When Roadside Mum – who wishes to remain anonymous – tweeted a photo of the free school meal Care Boxes allocated to her two primary school-aged children by the company Chartwells, it went viral.

It was shared by footballer and campaigner Marcus Rashford and was called a “disgrace” by Labour Leader Keir Starmer.

A spokesperson for the Compass Group, of which Chartwells is a part, told Byline Times that “in this instance, the image on Twitter falls short of our hamper specification and we are keen to investigate with the relevant school so we can address any operational issues that may have arisen.”

“If you look at what Chartwells have given me – let’s say it’s one day a cheese sandwich with no butter, one slice of cheese between two slices of bread, and a frube tube, that’s not going to touch the sides,” Roadside Mum says. “There’s a problem with storage. There’s the problem that you have to buy margarine or mayonnaise. You’ve got to buy something. There’s no way I can dish it out in the way it was given to me to be dished out.”

The care pack handed to Roadside Mum’s family was for 10 days, according to an email shared with Byline Times, while future packs would be for a week. That is the equivalent of the two weeks’ worth of £15 of free school meal vouchers provided to parents and carers in the first lockdown – or £30 worth of food.

During the first Coronavirus lockdown, families with children who were eligible for free school meals were given vouchers worth £15 per child to spend at a selected number of supermarkets.

The company in charge of the vouchers, Edenred, was investigated by the National Audit Office following complaints about the voucher roll-out. During the summer holidays, after a Government U-turn pushed by Marcus Rashford, vouchers were given to families in a lump sum.

However, when the new lockdown was announced at the start of the spring term, the system in Roadside Mum’s local authority switched from vouchers to food packages provided by the British firm Chartwells – which describes itself as “the largest contract food service company in the world”, headquartered in Chertsey, England.

“The school emailed to say they would be doing bags and we had a specific time to go and collect our bag,” Roadside Mum told Byline Times. “We had to be there within 10 minutes of it.”

When her children’s father returned home with the packs, she laid the food out on the carpet to see what could be done with it. “I thought, it’s not worth a lot, is it? You can do so much more with £30. If it was me shopping, I could get loads of vegetables for £30. Where’s the rest of the money gone?”

One email from the school, shared exclusively with Byline Times, explains that children with special dietary requirements would not receive packs specific to their diets.

Instead, the email told parents and carers that if their child had dietary requirements, they “are being requested to remove items that their child cannot have”.

As a result, children who are vegetarian, follow specific diets for religious reasons or have allergies, will not receive food that is appropriate for them.

“Luckily my children eat most things, but if you’re coeliac, you’re not eating,” Roadside Mum says. Similarly, the pack is not appropriate for children with dairy allergies.

Chartwells is part of the Compass Group which received a £15 million Government contract this year to help manage COVID-testing sites.

In response to Roadside Mum’s tweets, Conservative MP Simon Clarke wrote that “there are a lot of people seeking to whip a storm up on Twitter… Too much to hope in age of instant outrage to wait for the facts before jumping in”.

During the summer and autumn of Government U-turns around free school meals, Conservative MP Ben Bradley was accused of linking the voucher scheme with “crack dens” and “brothels”. Roadside Mum believes that an attitude that parents and carers can’t be trusted is behind a focus on care boxes rather than vouchers or even cash.

This gets to the heart of the unfairness, she believes. Families are being told they can’t buy their own food for their own children, that a private company can better provide for a family than parents and carers making their own autonomous decisions. And yet, the food provided by that company lacks variety, nutrition, and won’t last 10 days. 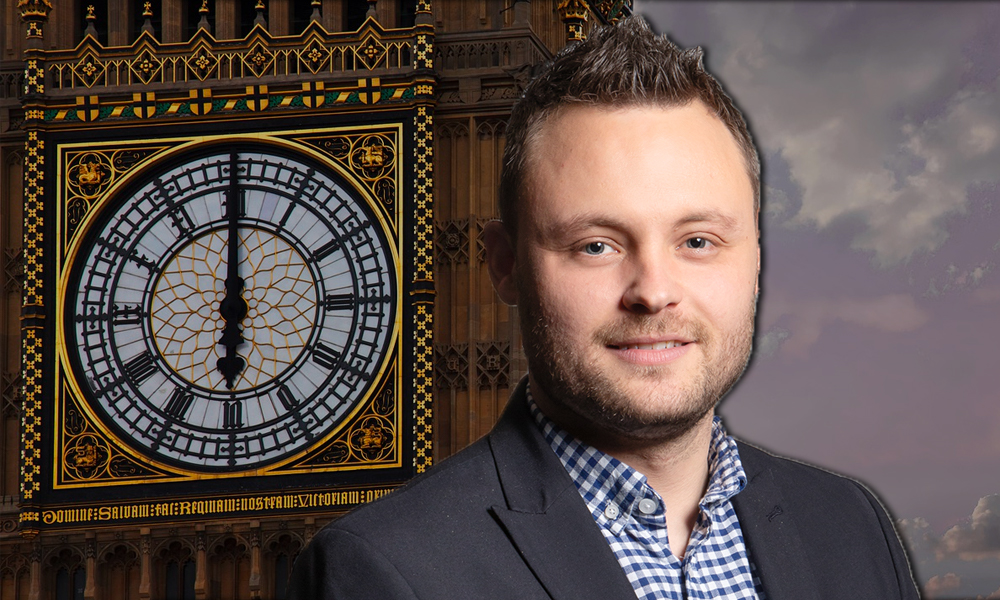 “The reason we are told we need bags, the reason I most often hear quoted, is that some parents abuse the system,” she told Byline Times. “And then you give me a bag with food I would have got for less than a fiver which doesn’t even meet the Government’s own dietary guidelines… You’re saying kids are vulnerable and mums can’t be trusted with £30, and you’re giving them a slice of bendy cheese between two bits of bread.”

And while most of the food provided can be eaten cold and raw, pasta, beans and potatoes need to be cooked – this is a challenge for parents and carers who are struggling to pay energy bills or those in temporary accommodation with no access to cooking facilities.

“These children are the future of our country,” Roadside Mum says. “And the message we are sending is: your future is only interesting to us in terms of how much we can leech out of it. Your only value to us is what percentage of public money can we turn into private money.”

Children’s Minister Vicky Ford has tweeted that she is now looking into the issue “urgently”, stating that “food parcels should cover all lunchtime meals and be nutritious”.

A spokesperson for the Compass Group told Byline Times: “We take our responsibility to provide children with access to nutritious food very seriously. We have worked hard to produce food hampers at incredibly short notice during these challenging times.

“Our hampers follow the Department for Education specifications and contain a variety of ingredients to support families in providing meals throughout the week. In the majority of instances, we have received positive feedback.”