One in a ThousandUK Checks on International Travellers in tatters

David Hencke reports on how only 9,000 out of nine million airline passengers were checked for quarantine over a five-month period last year

Millions of travellers to the UK are not being checked to see if they have followed rules to self-isolate after arriving in the country, the Department for Transport has admitted.

A new House of Lords committee report has revealed that there has been virtually no policing of the policy since the Coronavirus pandemic began and that the Government does not know how many people should be monitored on arrival because of numerous changes to travel rules – including countries switching to and from ‘safe corridor’ status.

In the report, the peers described the checks taking place as “miniscule”.

Some nine million people are known to have flown into the UK between June and October 2020 and arriving travellers have been required to complete a ‘Passenger Locator Form’ at the airport, providing an address where they would self isolate for 14 days.

But only 9,127 people have been checked to see if they followed the quarantine guidance to self-isolate. And, of those, the police found that only 7,040 people did self-isolate. More than 2,000 people had either disappeared or agreed to self-isolate after a warning.

Until mid-November, only 223 fixed penalties notices had been given to travellers for not self-isolating.

The report said that the Department for Transport was unable to provide figures for those who arrived by ferry and Eurostar. 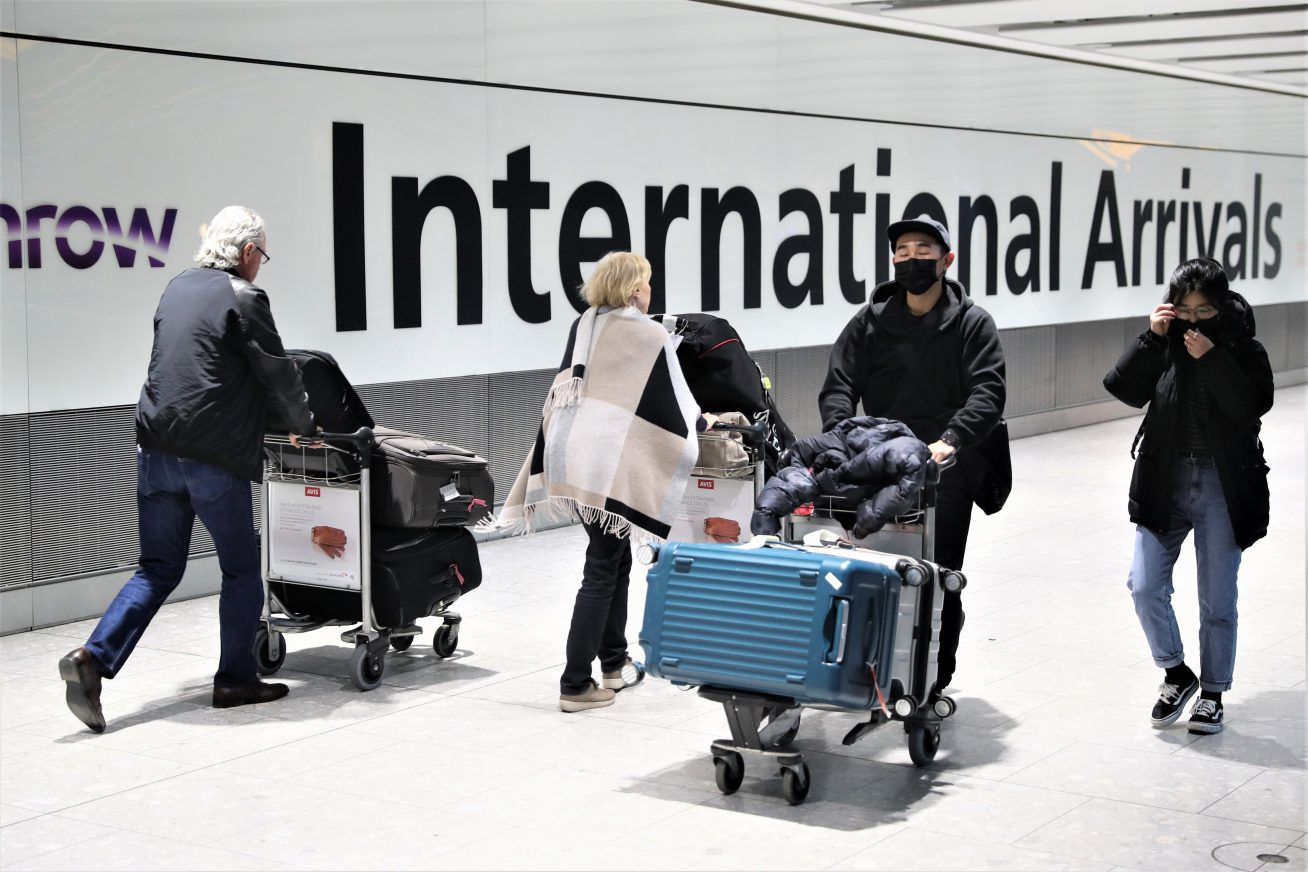 Guidance stated that travellers could decide to take a test five days after entering the UK to see if they were clear of the Coronavirus – known as the ‘test and release’ scheme – but peers were unhappy about this because, fearing it could increase the spread of the virus as it is not as effective as waiting 10 days.

The report said that the peers were surprised that “the information from the Passenger Locator Form stating that a traveller plans to take the test after five days is not passed to ‘Test and Trace’ for follow-up”.

They were also told that the potential to check whether people were breaching the self-isolation quarantine by going out to pubs and restaurants at the time was not available either.

The report said: “The Q code at a pub identifies a traveller as out and about… there is no link between the NHS App and the Passenger Locator Form database to alert the authorities that he or she has been out of the country and should be self-isolating.”

Peers have twice raised these issues with junior Transport Minister Robert Courts MP, but are still not satisfied with answers. Courts said that the test and release scheme would only make a “ marginal difference” to the risk of the virus spreading but peers disagreed.

At the weekend, the Department for Transport announced changes for travellers coming to the UK – including the requirement, for the first time, that they have a negative Coronavirus test within 72 hours of travelling. They will still be required to quarantine for 10 days.

Lord Hodgson of Astley Abbotts, chair of the Lords Secondary Legislation Scrutiny Committee, said: “We were not convinced that the policy risk has been properly justified in relation to its potential to raise infection rates in England. We were particularly concerned about the apparent lack of collaborative working between the relevant departments, which has led to the development of a policy that faces challenges in effective implementation. We urge the Government to give a clearer justification for this policy or to review its operation urgently.”