Are Immunity Passports An Inevitable Solution to Continuous Coronavirus Waves?

Digital passes that confirm people are Coronavirus-free could be adopted as a tool to get societies back to normal, says Steve Shaw

As the world desperately struggled to deal with the first wave of COVID-19, China launched an app that acted as a passport to freedom.

Using technology similar to the UK’s NHS Test and Trace app, Chinese citizens’ freedom in public was determined by either a red, yellow or green light. A green light on the app meant they could go anywhere, a yellow light was confinement at home, and a red light could lead to two weeks of quarantine in a hotel.

The freedom-granting app launched in February led to fears that it would be an extension of Beijing’s already extensive surveillance infrastructure as well as another tool to restrict the rights of citizens. Human Rights Watch labelled it “automated tyranny”.

But, as the Coronavirus continues to rage across the world and many western countries remain locked in a battle against new waves, Beijing’s template could become the future.

In December, the UK Government awarded two contracts to firms to begin exploring the possibility of a “COVID-19 Certification/Passport”, whereby people would be assigned individual QR codes on smartphones. This would be linked to a digital passport that includes a photo of the individual and would act as proof of a negative test. Public venues such as pubs, schools and offices would then be able to determine if that person was free of COVID-19 before letting them in.

The two firms awarded the contracts are Netcompany UK and The Hub Company, which were given £42,000 and £36,000 respectively. The Department of Health and Social Care has claimed that the contracts are part of “exploratory work” and that there are no concrete plans to introduce the system.

There have also been rumours of a similar ‘vaccine passport’ that would work in a similar way, but would be based on whether people have had a vaccine rather than the results of a test. The Government has also denied that this will be introduced, but was contradicted by the Minister for Vaccine Delivery, Nadhim Zahawi, who admitted that the Government has been “looking at the technology”.

Arguably, the UK’s decision to begin exploring this kind of technology is an extension of the ‘immunity cards’ that are already being rolled-out for people who have received the vaccine. The Government has argued that this is not an immunity passport but civil liberties group Liberty has said that it will essentially operate as one.

“Immunity cards risk creating a two-tier system in which some of us have access to freedoms and support while others are shut out,” said Grey Collier, Liberty advocacy director. “Suggestions people must carry cards on them raise questions about whether we could be asked to use them to prove immunity. Beyond that it’s unclear what they’re for. Once cards like these have been created it would be easy for their use to be extended so they can be used like an immunity passport.

“This could result in people who don’t have a card potentially being blocked from essential public services, work or housing – with the most marginalised among us hardest hit. This has wider implications too because any form of immunity passport could pave the way for a full ID system – an idea which has repeatedly been rejected as incompatible with building a rights-respecting society.”

The comparison between immunity passports and an ID system has also been drawn by Privacy International (PI) which said: “Once being vaccinated becomes a requirement, so does others’ need to verify this record. That’s when it becomes a pass. And that’s when it becomes an identity document. And once you have multiple uses (e.g. access to services) in multiple domains (i.e. public sector, private sector), in multiple countries (i.e. travel), then we are approaching a global identity document needed to live your life.” 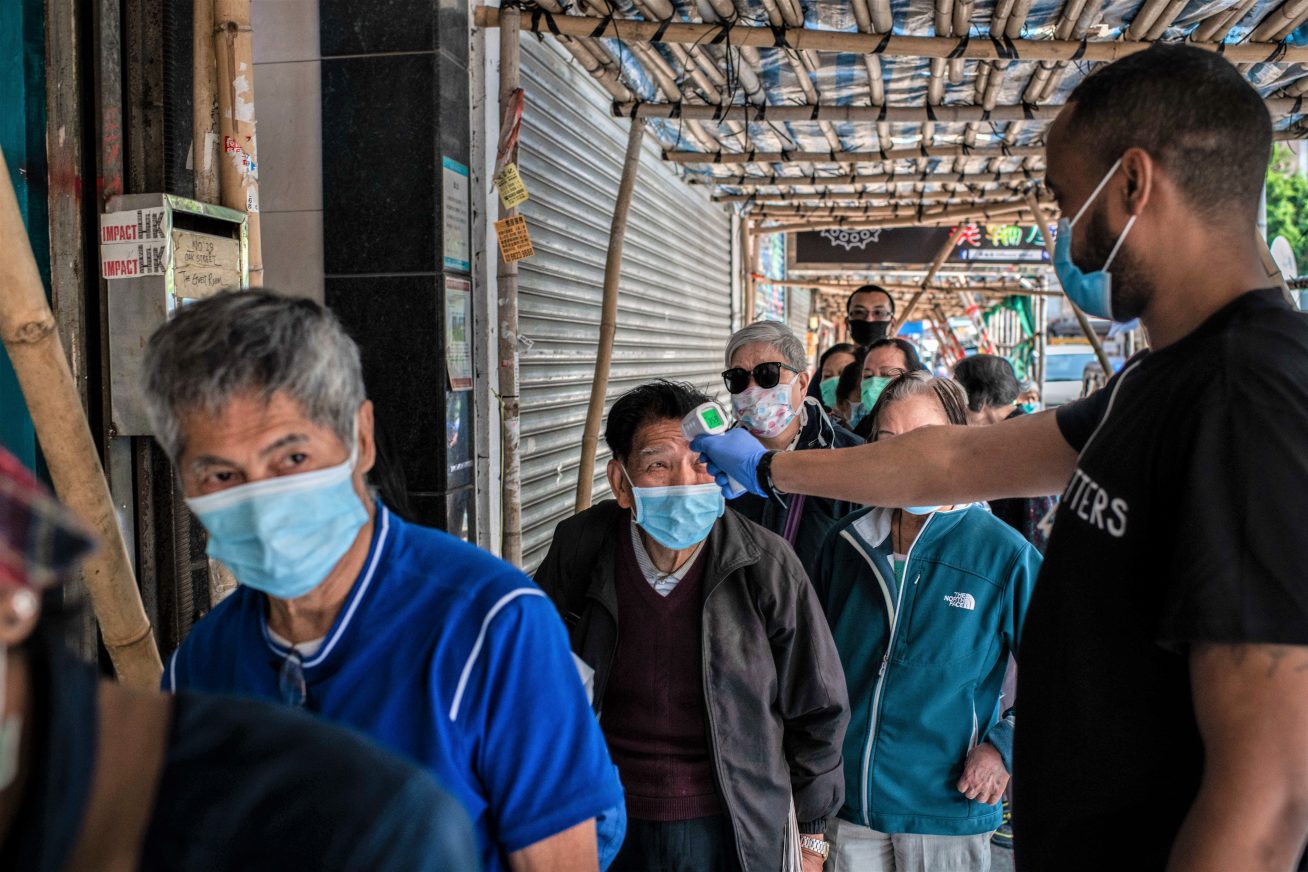 Will the Coronavirus PandemicObliterate the Last Frontier in Privacy:Our Biological Selves?

PI added that, while the goal may be to have an immunity passport which is “available to everyone, in practice this will likely be far from the case”.

There is also the issue of deciding when the pandemic is ‘over’. If all countries adopt immunity passports, the world would need a timeline that determines when these passes are no longer required. The risk is that, once the technology exists, it could evolve and allow authoritarian Governments to restrict freedoms for reasons entirely separate from the virus.

When China rolled out its COVID-19 app, it was not compulsory. Yet, people who refused to have it faced being unable to enter public areas or, in some cases, even being unable to leave their homes.

As Human Rights Watch noted, a blogger on the popular Chinese forum Zhihu wrote: “I thought the days when humans are ruled by machines and algorithms won’t happen for at least another 50 years. [But] this Coronavirus epidemic has suddenly brought it on early.”

Despite the concerns raised, it could be that vaccination passports are inevitable – with or without Governments being behind them.

The Airline lobby group International Air Transport Association (IATA) announced that it already has plans for a mobile phone app that will allow passengers to prove that they have been vaccinated and have tested negative.

The IATA, which represent 300 airlines, said its priority is to “get people travelling again” and that the “travel pass” can work for logging pre-departure tests and eventually developed into logging who has had the vaccine. While it would require global government approval for it to be possible at all airports, Alexandre de Juniac, IATA’s director general and CEO, has called it the “first key to enable international travel without quarantine”.

The World Economic Forum has also partnered with the Commons Project and “a broad coalition of public and private partners” to develop what it calls CommonPass, allowing people to document their “COVID-19 status to satisfy country entry requirements”. 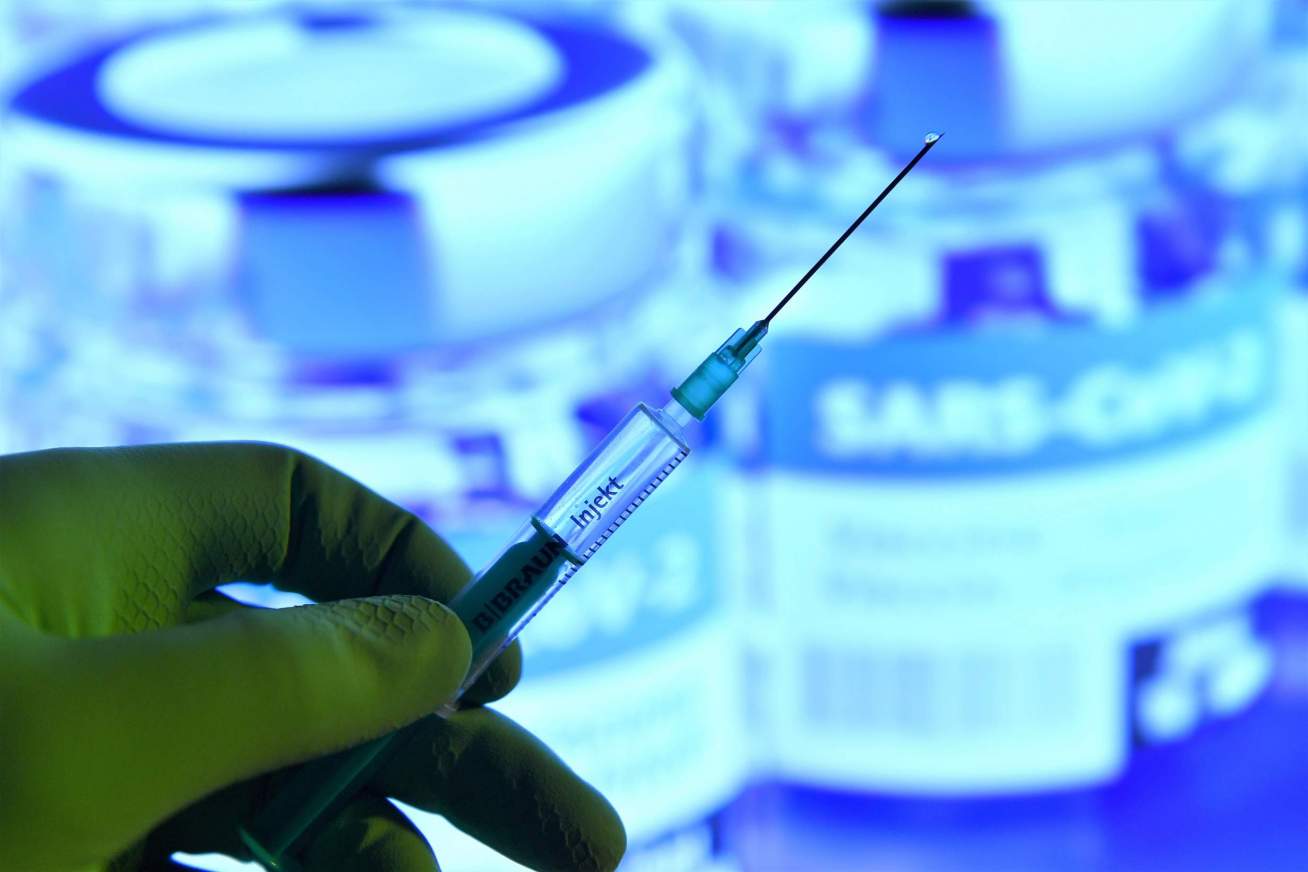 Britain Can’t Put All its COVID Eggsin the Vaccine Basket

Nadhim Zahawi has said that businesses, especially in the hospitality sector, will eventually begin demanding proof that people have been vaccinated.

“I think you’ll probably find that restaurants and bars and cinemas and other venues, sports venues, will probably also use that system – as they have done with the app,” he told Sky News. “I think that in many ways the pressure will come from both ways, from service providers who’ll say ‘look, demonstrate to us that you have been vaccinated’.”

Dr Ana Beduschi, of the University of Exeter Law School and the principal investigator of a project on digital health passports, believes that vaccination passports would potentially not infringe freedoms on the same level as lockdowns.

“However, it is crucial to examine the conditions linked to the implementation of immunity passports,” she said. “In this regard, the availability and affordability of COVID-19 tests and, eventually, vaccines are key aspects. If some people cannot access or afford COVID-19 tests or vaccines, they will not be able to prove their health status, thus having their freedoms de facto restricted.

“Unless the tests and, once available, vaccines are accessible to all, any large-scale deployment of immunity passports could disproportionately segment the society and potentially breach the rights to equality and non-discrimination.”