Emerging From the Christmas Mire

The Government may not seem like it cares much for its people, but the common humanity which has emerged in this challenging year can still be celebrated this Christmas, says Reverend Joe Haward

Boris Johnson’s announcement on 19 December that London and most of south-east England would be moving into tier four restrictions, will have been a painful blow for many in an already extremely difficult year.

However, with COVID-19 infection rates continuing to dramatically climb, as well as evidence of a new highly infectious variant of the Coronavirus, the Government’s initial plans for Christmas were unwise and dangerous. Poor decision-making has been endemic of this Government’s approach to the pandemic, as mixed messages, hypocrisy, cronyism and incompetence has led to a national health catastrophe, with more than 70,000 people already claimed by the virus.

Leading up to the Government’s latest U-turn, Downing Street had insisted that the Christmas rules were safe and sensible. However, a rare joint editorial from the British Medical Journal and Health Service Journal, published on 15 December, urged the Government to abandon plans for household mixing. Both publications argued that the Government was about to “blunder into another major error that will cost many lives”.

On 16 December, the Prime Minister said it would be “inhuman” to “cancel” Christmas and so recommended “a merry little Christmas”, saying that three households, gathering together for up to five days, would be “maximums” not “targets”. Such mixed messaging was only ever going to confuse and exasperate people. Indeed, the scenes of train stations packed with people leaving London after Johnson’s tier four statement will now likely spread the virus across the country.

Muslim families in the UK know only too well the pain and disruption such last-minute decisions have upon communities. As people were gathering together to celebrate Eid on 30 July, the Health and Social Care Secretary Matt Hancock announced, in a tweet at 9.16pm, that tougher restrictions were to be put in place as of midnight, meaning that households in Greater Manchester, parts of East Lancashire and West Yorkshire, were no longer allowed to mix indoors or outdoors. In light of Johnson’s past comments about Muslims, as well as reports of widespread Islamophobia within the Conservative Party, the late nature of the announcement felt to many a further example of the Government’s disregard for the Muslim community.

These last-minute rule changes should not come as a surprise. Political leaders such as Johnson and his Cabinet are driven by the ideology of neo-imperial supremacy, nostalgia and British nationalism. They are narcissists interested only in the fleeting adoration of the crowd. Making difficult but correct decisions, at the right time, regardless of public opinion, is beyond their capacity or ideology. 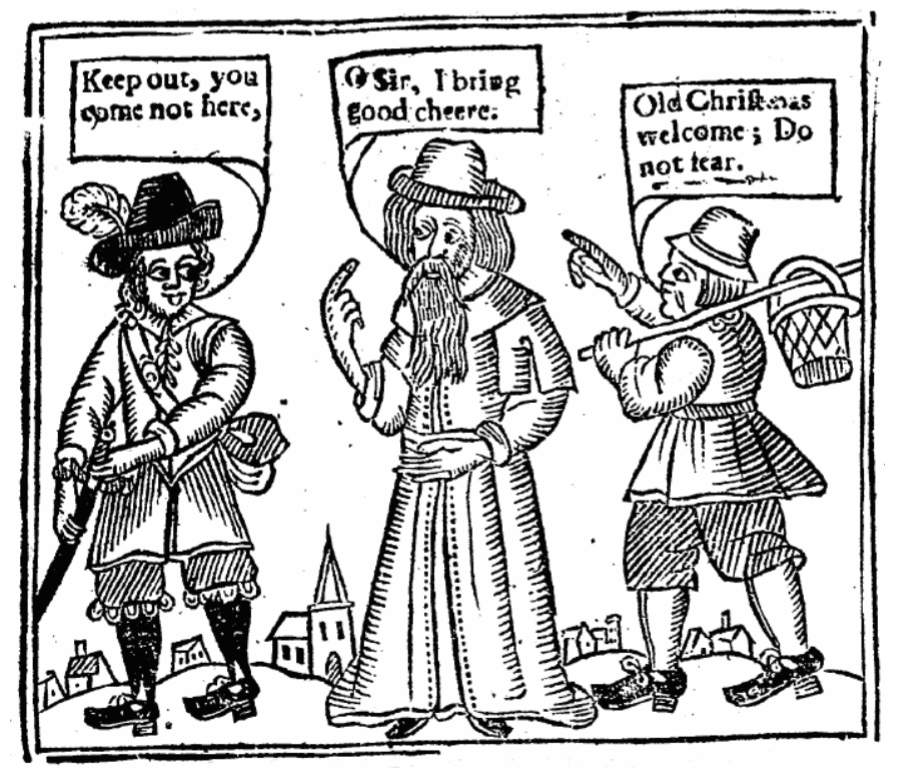 Perhaps Johnson fears the unredeemed Scrooge image. He wants to be adored and Christmas gave him the perfect opportunity to offer the country the gift of togetherness. Like a Victorian fantasy, Johnson, the cruel tyrant who has throughout the year denied such gifts to the British people, could now be cast as a benevolent master offering us freedom within the idyllic Christmas gathering.

In Dickens’ A Christmas Carol, the Ghost of Christmas Present brings out from the folds of his robe two children, “wretched, abject, frightful, hideous, miserable… devils”. The boy is Ignorance and the girl is Want, “but most of all beware this boy, for on his brow I see that written which is Doom,” warns the Ghost.

Johnson wants to be regarded with Churchillian overtones, fumbling over wartime language, deciding policy based on nostalgic notions of a country at war (with a virus and Europe) rather than from informed positions. His chosen ignorance brings harm and dread. But each of us has the capacity to resist the wants and ignorance of populists and build better communities from the ground up, beginning this Christmas.

It is easy for us to long for an idea of Christmas, the Dickensian vision of how such things should be as the Ghost of Christmas Present invites us into a room decorated with holly, ivy and mistletoe, a roaring fire in the hearth, a table overflowing with meat and poultry, mince pies, chestnuts and oranges, cakes and seething bowls of punch.

We watch families playing games, laughing together, there is the smell of cinnamon in the air, the sound of carols in our ears, each person satisfied with what they have, sick children who do not die, like Tiny Tim, sat at the end of the table joyfully calling out “God bless us, every one!”

I suspect that this kind of Christmas longing has overwhelmed many of us with unbearable pressure and unrealistic visions of who we should be. However, because of the times we are in, we might have an opportunity to look with clearer vision at what a better Christmas might be.

Throughout the pandemic, this Government has treated many frontline workers as disposable outcasts. But NHS workers, teachers, transport staff, carers and many others, have put their lives on the line to serve others, to give of themselves for our collective benefit, sometimes tragically with their own lives. They reveal to us how remarkable, but also painful, it is when humanity seeks our common good, together, urging us to love our neighbour by staying at home.

The Christmas story offers a vision of human togetherness from the perspective of the outcast; a young woman, peasant shepherds, foreigners from another land. In each case, they are welcomed and celebrated, just as they are.

If this pandemic has taught us anything, it is that we must welcome and celebrate the most vulnerable and the bravest in our society. This Christmas, in all its uncertainty and pain, gives us the space to consider a future that better resists the whims of the powerful and pursues the betterment of the powerless.

From the stench and mire of the stable, a lotus flower of hope and love can emerge. We have seen it as people have loved their fellow humanity, serving them with the kind of selflessness that corrupt powers can never extinguish. The light of such unconditionality shines in the darkness, and the darkness will never conquer it.