The President’s distant relationship with the truth is stoking the breakdown of America, contends CJ Werleman

From a philosophical standpoint, objective reality is the existence of truth independent from an individual’s subjective opinion, prejudice and bias. It forms only when certain conditions have been met, conditions that have become almost unattainable in the United States in recent years, with nearly a full half of the country now radicalised by alternative facts and an alternate reality.

If your name is not Donald J. Trump, for instance, then objective reality looks like this: in the 2020 US Election, seven million more Americans voted for former US Vice President Joe Biden than they did for the incumbent occupant of the White House, with the Democrat challenger winning the largest share of the popular vote since 1932 and 306 electoral college votes, comfortably more than the 270 required to win the presidency.

If your name is Donald J. Trump, however, millions of Americans voted illegally for Biden, foreign adversaries tampered with voting machines and tens of thousands of pro-Trump ballots in critical battleground states went missing.

Unfortunately for the President and his supporters, not a single Republican election official in any of the four contested states was able to find any evidence of widespread voter fraud, with five dozen Republican and Democrat state and federal judges laughing Trump’s baseless claims of voter fraud out of their respective court houses.

Then there’s Trump’s appointed Attorney General William Barr, who stated he’d seen no evidence of voter fraud; Trump’s appointed cyber security chief, who described the 2020 election the “safest” in modern history; and the Trump stacked Supreme Court, including all three of Trump’s court nominees, rejecting a case brought before it by Texas on Trump’s behalf, citing a total absence of evidence.

When two recounts were conducted in Georgia, Biden maintained his lead. When a Trump campaign-funded recount was conducted in Michigan, Biden expanded his lead, adding further humiliation to the conspiracy-obsessed President of the United States.

And now the most powerful Republican in Congress, Senate Majority Leader Mitch McConnell, a man who has catered and enabled all of Trump’s unconstitutional transgressions, accepts this unmistakable reality, and has congratulated Biden for his electoral victory.

Yet, still, tens of millions of Trump supporters, hundreds of pro-Trump cable and radio channels, and hundreds of elected Republican lawmakers around the country refuse to accept this objective truth. They have called on the outgoing President to invoke the Insurrection Act, declare martial law, suspend civil rights and plan for the continuation of his presidency. 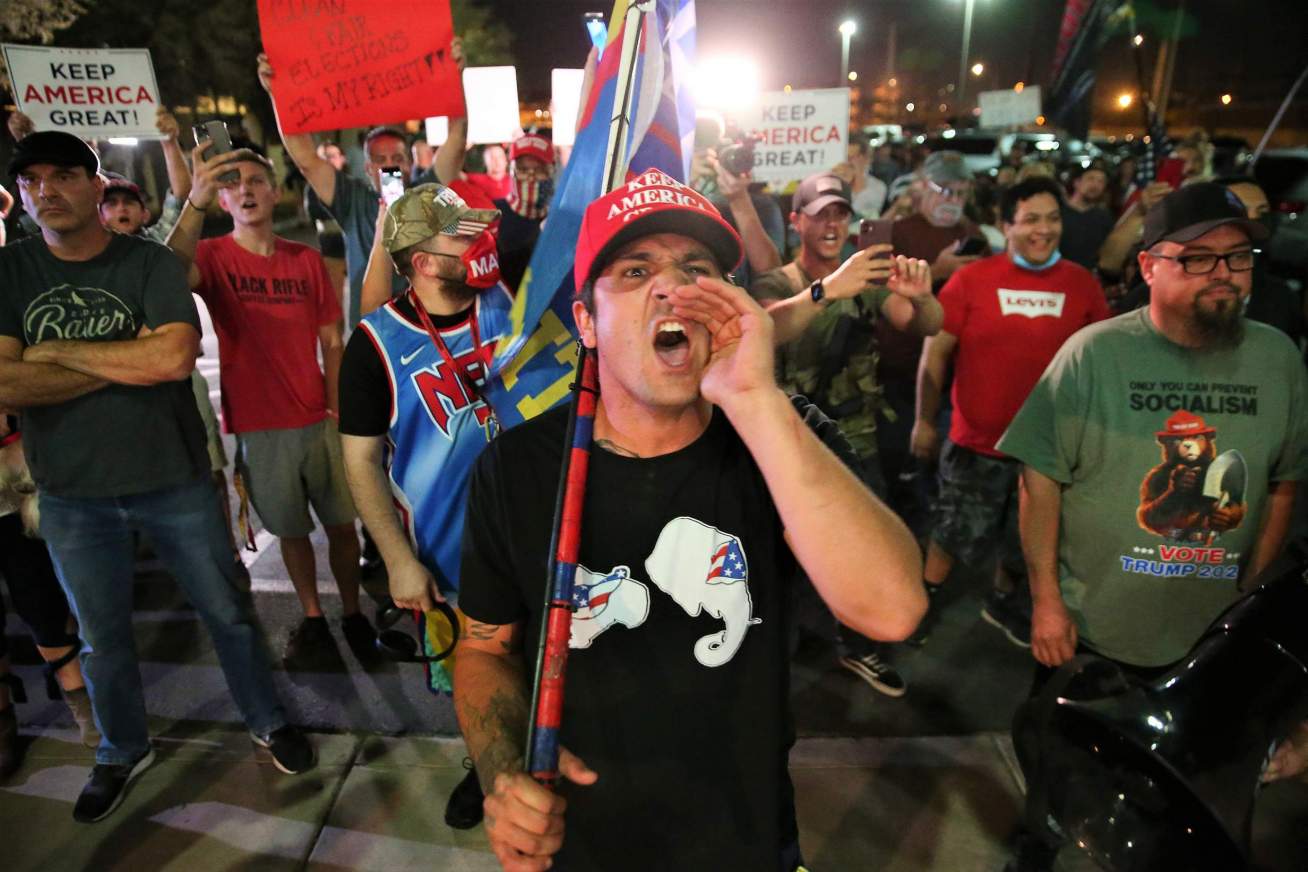 Trump’s Ability to Ignitea Vengeful Civil WarShould Not Be Underestimated

Republican election officials are being intimidated and subjected to death threats for refusing to back Trump’s baseless claims of widespread voter fraud, validating the claim that the Republican Party is now a Trump personality cult.

Just a few days after conservative radio host Rush Limbaugh told his 15 million listeners the country is “trending towards” secession because Republicans cannot “peacefully coexist” with Democrats, he accused the Republican-stacked Supreme Court of being part of the liberal “deep state” to remove Trump illegally from office.

“This is strictly about getting rid of Donald Trump. There isn’t an entity in the American deep state, Washington establishment, whatever, that doesn’t want to get rid of Donald Trump, including enough justices on the Supreme Court,” Limbaugh said on Tuesday.

Were any of this remotely true, and of course it isn’t, then what does it say about the “very stable genius” Trump, who personally nominated three court judges committed to getting rid of him as part of a “deep state” cabal?

Leading the charge against reality, and the inauguration of President-elect Biden, are leaders of the Christian conservative movement. Indeed, leaders from the Family Research Council, Council for National Policy, American Values, the Servicemember Center and others co-signed a joint letter late last week falsely declaring Trump to be the “lawful winner of the presidential election” and urging state legislators to ignore the certified election results.

What does it say about the future of the United States and the primacy of objective reality that on the day Biden will be sworn into office, tens of millions of Trump supporters will still believe the election was stolen from the 45th President by the “deep state”, and that Trump kept the country safe from a secret cabal of Satan worshipping paedophiles and cannibals, as believed by QAnon, a conspiracy movement that has now engulfed the Republican Party?

“Most consequentially, Trump has eviscerated in America any common conception of reality. Other presidents sneered at the truth… but Trump’s ability to envelop his followers in a cocoon of lies is unparalleled,” observes New York Times columnist Michelle Goldberg.

Goldberg accurately points out that while President George W. Bush may have deceived the country into invading Iraq in 2003, it did not lie about WMDs being found, when obviously they were not, which is why “the country was able to reach consensus that the war was a disaster”.

“No such consensus will be possible about Trump – not about his abuses of power, his calamitous response to the Coronavirus, or his electoral defeat. He leaves behind a nation deranged”.

He also leaves behind a growing cohort of right-wing pundits and Republican Party officials calling for red states to secede from the Union, as Texas Republican chairman Alan West told Glenn Beck last week, saying Republican controlled states should nullify the Biden administration’s “mandates, edicts, orders and decrees”. Others, such as the leader of the right-wing militia Oath Keepers are promising civil war if Trump doesn’t invoke the Insurrection Act against Democratic-controlled states.

The widespread embrace of Trump’s lies, conspiracies and disinformation increases the risk of right-wing violence, security and counterterrorism officials and warn, arguing “the line between mainstream and fringe is vanishing, with conspiracy-minded Republicans now marching alongside armed extremists at rallies across the country,” as reported by NPR.

Political scientists might find it bewildering that 77% of Republican voters actually believe Trump won the election, but national security experts think it terrifying, with Elizabeth Neumann, who led the Department of Homeland Security office responsible for overseeing counter-violent extremism, telling NPR that “breaking through that echo chamber is critical or else we’ll see more violence”.

At a pro-Trump rally held in Washington DC on Sunday, Trump supporters flashed white power signs, chanted neo-Nazi slogans and attacked a pair of historic black churches in what DC Police are investigating as a hate crime. In Houston, an ex-cop kidnapped an air-conditioning repairman at gun point, after falsely accusing him of being in possession of 750,000 fake ballots.

At other pro-Trump “stop the steal” rallies, Kyle Rittenhouse, the 17-year-old Trump supporter who’s charged with murdering two Black Lives Matter activists in Kenosha, Wisconsin, is hailed a hero, with popular right-wing pundit Ann Coulter and even Republican lawmakers lauding him a future US President. These are the conditions for civil war, not a thriving or sustainable democracy.

This is the America Trump leaves in his calamitous wake.