A UK Government minister, along with Foreign Office officials, took the unprecedented step of discussing the takeover of an English football club with a foreign country, Byline Times can reveal.

As speculation mounted about the takeover of Newcastle United by a consortium backed by the Saudi Arabian Government, UK representatives discussed the issue with Saudi officials, and seemingly gave their tacit endorsement. This is despite concerns over the Saudi regime’s human rights abuses.

Responding to the question, Middle East and North Africa Minister James Cleverly said that Raab “did not discuss the bid, nor exchange correspondence, with the Kingdom of Saudi Arabia on this issue.”

However, the takeover was discussed between Foreign Office officials and representatives of the Saudi Arabian Government, Cleverly divulged. Furthermore, Cleverly said that he had directly raised the issue with Saudi representatives. 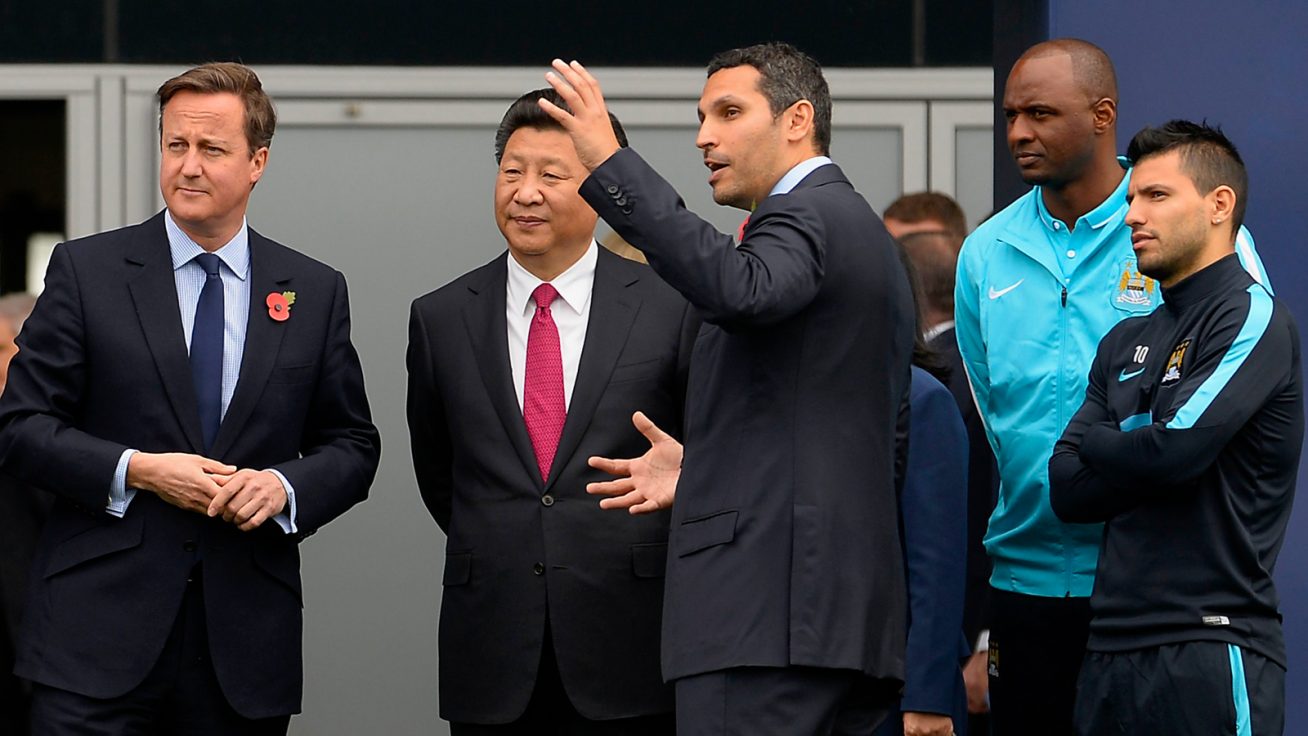 Seemingly revealing the message given by the UK Government in these meetings, Cleverly said that “officials were clear, in their communication with the English Premier League, that any prospective takeover of Newcastle United Football Club was a matter for the two parties concerned.”

It is somewhat ironic, and disingenuous, for Cleverly to claim the deal is a matter for the two parties involved, when political pressures forced the UK Government to discuss the issue with its foreign counterparts. The takeover was clearly matter of intense interest for ministers – and with good reason.

It is not unreasonable to say that many Newcastle United fans loathe the club’s owner, retail magnate Mike Ashley, who bought the Magpies for £55 million in 2007.

Ashely paid off huge debts when he arrived and has invested millions more – but nowhere near enough to satisfy the demands of a club with a huge fanbase and a history of high standards.

Although Newcastle hasn’t won a major trophy since 1969, it is widely acknowledged to be one of the biggest clubs – perhaps the biggest club – outside of the elite half dozen that monopolise success in English football.

That’s why speculation of a £300 million bid to take over the club, involving the Saudi Public Investment Fund, was warmly welcomed by many on Tyneside earlier this year.

Here was a chance at last for “the Toon” to fulfil its undoubted potential, and compete with Manchester City – backed by the oil state of Abu Dhabi – and Chelsea, bankrolled by Russian tycoon Roman Abramovich. 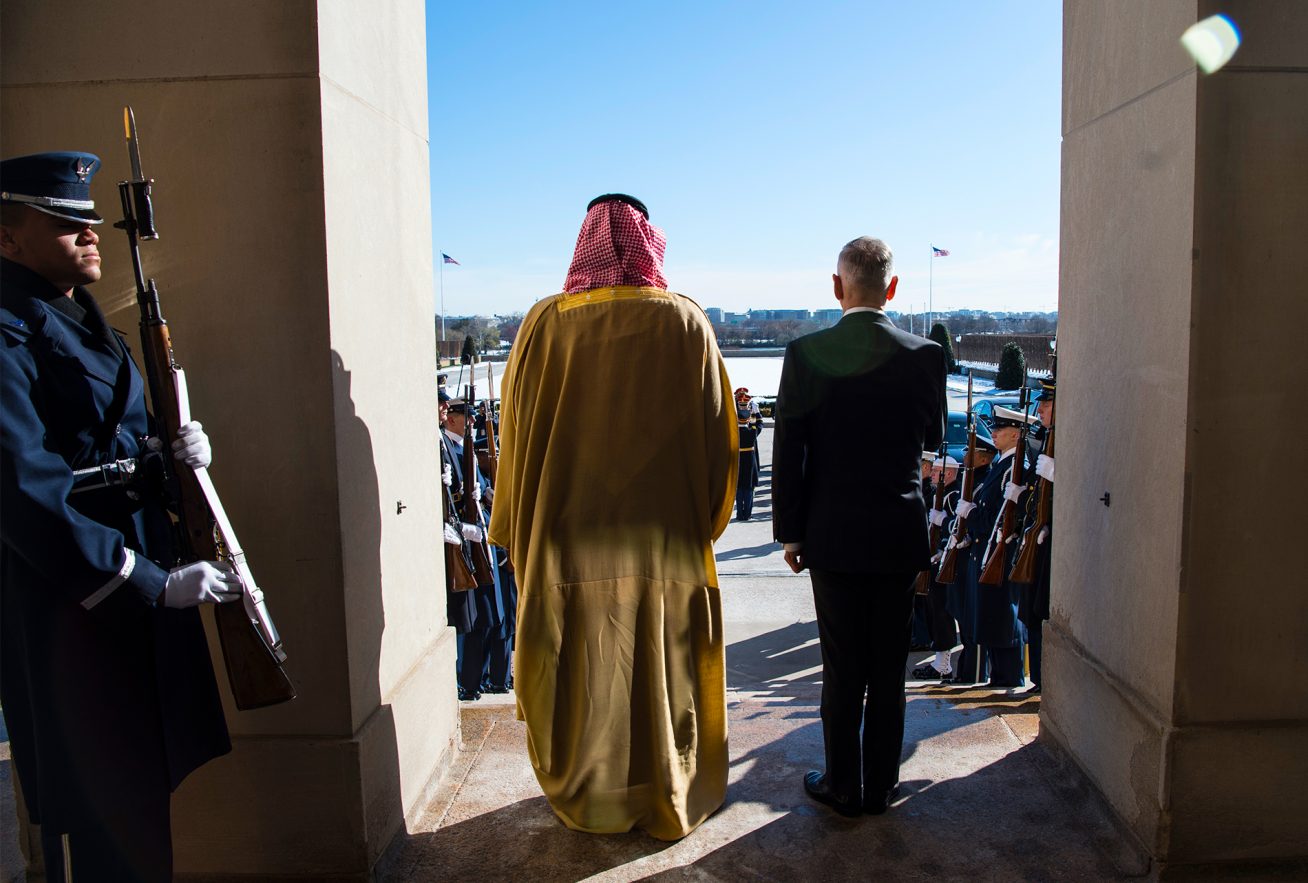 Although MbS has introduced some liberal reforms in Saudi Arabia – allowing women to drive, for example – Amnesty reported last year that freedom of expression has been repressed, activists detained without charge and prisoners executed following “grossly unfair” trials.

Journalist Jamal Khashoggi, a critic of the regime, was also brutally murdered at the Saudi consulate in Istanbul in 2018.  An inquiry into the killing by the UN Special Rapporteur found “credible evidence” of the Crown Prince’s involvement.

The regime has likewise been criticised for its treatment of LGBT people, and its war in Yemen – a brutal conflict that has led to hundreds of thousands of deaths and mass starvation.

For the UK Government, which resumed lucrative arms sales to Riyadh in July after being forced to temporarily stop by the Court of Appeal, this was all potentially very embarrassing.

MbS is chair of the Saudi Public Investment Fund, and while the Government has been keen to encourage Saudi investment in the UK, officials were also conscious of a potential political backlash.

At the time, the Government sought to distance itself from the controversy, with Culture Secretary Oliver Dowden telling Parliament he was content to leave the matter to the Premier League’s Owners and Directors’ Test – the assessment of whether someone is a fit owner of a top-division club.

However, it’s clear from Cleverly’s statement that the Government did discuss the prospective takeover with representatives of the Saudi regime. And while Cleverly and Foreign Office officials may merely have repeated the line – that they considered it a matter solely for the club and the investment consortium – this would surely have been seen as a tacit endorsement of the deal.

Previous Freedom of Information requests have revealed that the Premier League also arranged several meetings with the Foreign Office about the deal – to ensure they were “on the same page”. Despite its claims to the contrary, it seems as though the Government was intimately involved in discussions about this controversial takeover.

The Saudi-led offer was ultimately withdrawn in May, with the consortium blaming delays in approval – before the Premier League formally blocked the deal anyway. This is now the subject of an ongoing legal battle with current club owner Mike Ashley, which leaves the club once again facing indefinite uncertainty.