Shortly after the Reading attack in June, I wrote a Facebook post questioning how some newspapers were describing the attack an act of terrorism.

Khairi Saadallah, a Libyan asylum seeker from Reading, carried out an unprovoked knife attack against six men that day. Three of them were killed while the others were injured. Saadallah was arrested and charged with murder and attempted murder.

The story was reported in the media as an act of terrorism but, the details did not add up. I wrote:

“A man carries out an attack in Reading and kills three people. He has a history of mental illness. He has ‘key workers’ visiting his home as a vulnerable person. His neighbours all call him a loner with mental issues. He’s known to the police because he’s been arrested and imprisoned for various offences – but none of them were terror related.

“The DM [Daily Mail], Express and Telegraph have all tried, incredulously, to describe him [Saadullah] as an “Islamist” while stating that he’s been using drugs, stealing alcohol and, wait for it… converted to Christianity. He reportedly has a cross tattooed on his arm.

“The police have described this as a ‘terrorist’ incident. That suggests, again, that it’s connected to ideology and once again a stick to beat down ordinary Muslims.

“Is it perchance terrorism because he’s an African, a Libyan with a Muslim name?

“If the reports are true, I honestly can’t wait for them to explain exactly how the terrorism link works in this case. Especially with his alleged conversion to Christianity.”

It was this post that triggered The Times newspaper to write yet another story about CAGE – which advocates for due process, the rule of law and an end to the injustices of the ‘War on Terror’ – and me, its outreach director.

In the few days prior to the story being published, CAGE was approached by The Times’ Crime Correspondent, John Simpson.

Initially, he was probing for leads regarding the Reading attack. CAGE took the exceptional step to make it clear to The Times that it had no connections to Khairi Saadallah. Our interaction with Simpson was cordial up until the moment of publication when The Times showed its real intent.

In the article, Simpson wrote that I was “excusing his (Saadallah’s) actions by reference to failings by the police and others” and claimed that CAGE was “working behind the scenes to help him”. He also claimed that CAGE “declined to comment” on its involvement in the case.

The Times was telling flagrant lies and inferring falsely that identifying police failures – given the facts stated in my post – and questioning whether this was even terrorism, was tantamount to supporting and helping the culprit.

CAGE and I immediately issued legal proceedings against The Times. The article was removed from its website within 24 hours, but the damage was done. The average daily circulation for The Times in 2019 was 417,298. 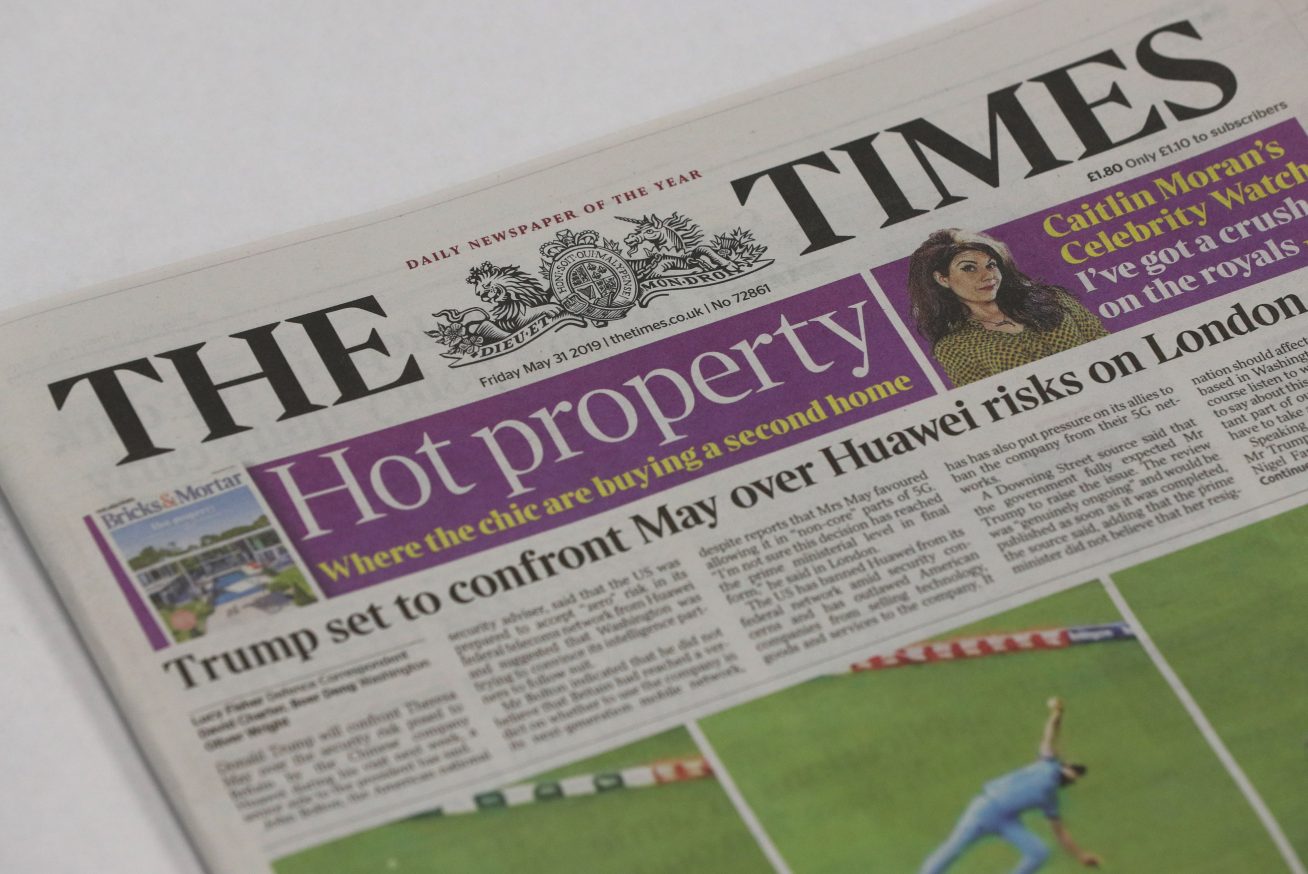 On 11 November, Saadallah pleaded guilty to all of the charges. He is due to be sentenced next week and is likely to receive a mandatory life sentence. That sentence, however, could be extended if it is found that the killer had ‘terrorist intent’.

Following the pleas, Mr Justice Sweeney, a judge who regularly presides over well-known terrorism cases explained, to the court how Saadallah denied being motivated by ideology. If this case was indeed terrorism, then it helped render the term redundant.

On 4 December, following months of legal action, The Times issued an apology to myself and CAGE and agreed to pay a significant amount of compensation and legal costs.

The case against The Times may have been an important win for CAGE, but it is not the only success we have had against those connected to the establishment.

I’ve spent much of the last month speaking to numerous university Islamic societies as part of Islamophobia Awareness Month. The discussions have been around institutional and structural Islamophobia including how Islam and Muslims have been depicted in the media for the past two decades.

Whilst huge spikes in anti-Muslim hate crime have been recorded by the police, often following media reports of terror attacks both by and against Muslims in Britain, the Government and the right-wing press remain in denial. Chief among these deniers is The Times.

In an article entitled ‘Islamophobia is a Fiction to Shut Down Debate’, for instance, The Times columnist Melanie Phillips concluded that “Islamophobia is a mind-bending attempt at thought control”.

Despite its longstanding Islamophobic pedigree, this case is the third time The Times has been forced to apologise and pay compensation since last December.

The first was the case of Abdullah Patel, who quizzed Conservative leadership candidates on Islamophobia during a televised BBC debate. The Times falsely claimed that he blamed Israel for the murder of a British police officer by a terror suspect. The other was about the former CEO of Al Rayan Bank, Sultan Choudhury, for wrongly suggesting that he held extremist views.

One of the most well known Times journalists connected to Islamophobia is Andrew Norfolk. In August 2017, The Times published three front-page stories by Norfolk under the highly charged and misleading headline: ‘Christian Child Forced into Muslim Foster Care’. A complaint was lodged by Tower Hamlets Council, which Norfolk claimed had forced a Christian girl into a Muslim foster home, which in fact turned out to be the girl’s own Muslim grandmother and was ordered by a judge.

Shortly after, a Times official was summoned to the Commons’ Home Affairs Committee investigation of the reporting of minorities, where he admitted that the story had caused “enormous offence” and “enormous upset” as a result of publishing “distorted information”. The complaint against The Times was upheld and it was forced to publish the ruling on its front page and online. Following a BBC Radio 4 investigation, Norfolk said that he would never write such a story again.

Given this record, unfortunately it seems that this will not be the last time that The Times uses its pages to generate more hostility towards Muslim activists. We can only hope that this settlement serves as a reminder to others that the truth is not negotiable.

We may not win every time but, if they do come for us again, we will be ready to expose their Islamophobia once again.