Brazilians are facing severe health problems from using pesticides in farming – an issue that goes far beyond the country’s borders, reports Monica Piccinini

Brazil is a country well known for the Amazon Rainforest, its biodiversity, the samba dance and the sunshine. But a lesser known fact is that Brazil is also the world’s largest consumer of pesticides.

This less glamorous accolade comes with some very real and perilous consequences for farmers and consumers within Brazil, as well as the consumers of Brazilian food products across the globe.

For those working in Brazil’s agricultural businesses, the resulting health impacts can range from traumatic sickness, severe skin irritation and respiratory problems, to endocrine disruption and DNA damage. It can also lead to diseases and disabilities including various forms of cancers, neurodevelopment problems, congenital malformations, Parkinson’s disease and depression. Water can also be contaminated and animals put at risk.

Coffee crop farmer, Sebastião Bernardo da Silva, 68, is one of thousands affected by the use of pesticides in Brazil. The married father of four has been forced to move out of his farmland to the city of Vitória, in south-eastern Brazil, to live with his aunt.

He had started using the Round Up herbicide – a product based on glyphosate – produced by Bayer/Monsanto. Despite previously having no major health concerns, he experienced an episode in which he fell unconscious and found himself spending 12 days in hospital. 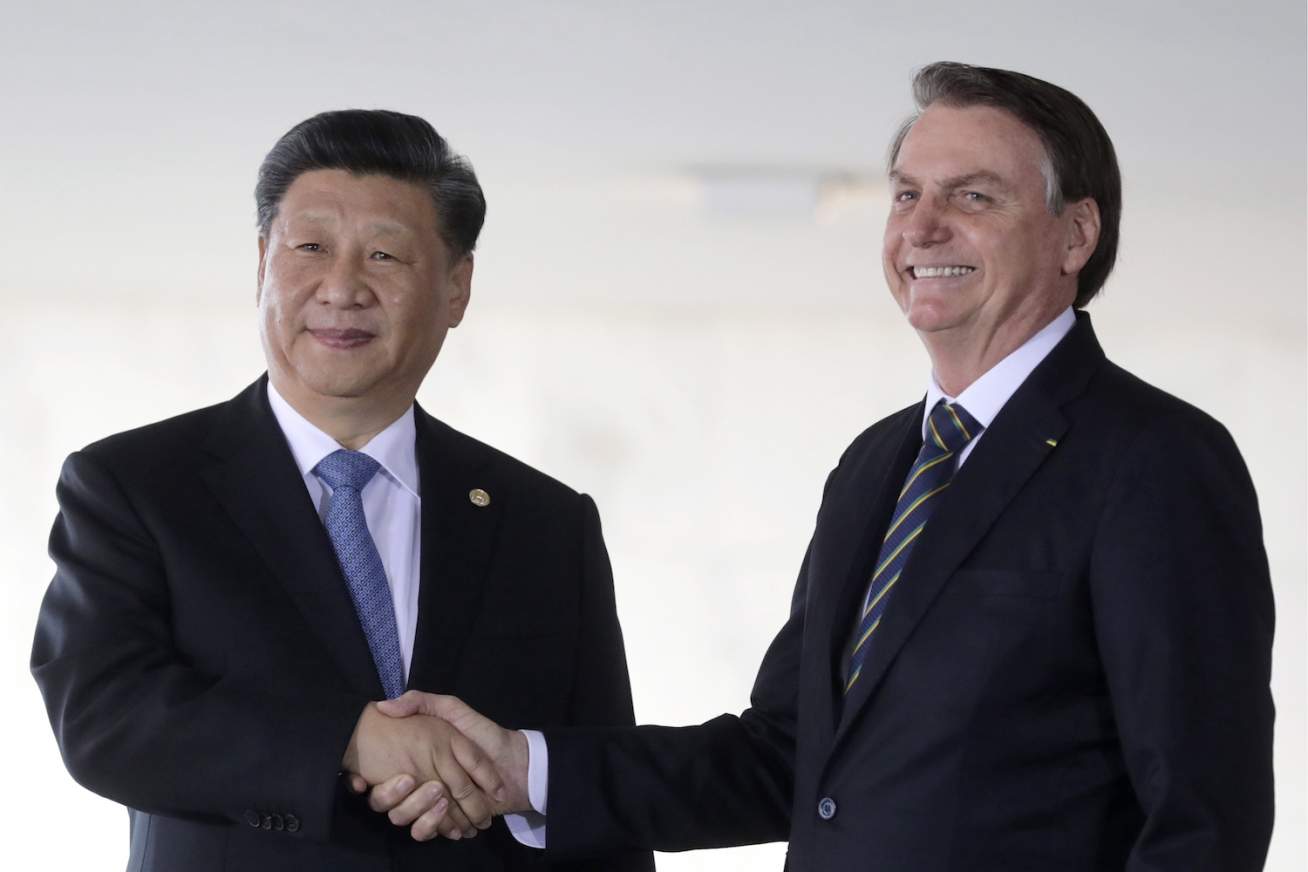 He was diagnosed with schizophrenia and epilepsy but has also experienced depression, high blood pressure, diabetes, glaucoma, arthrosis and changes to his nervous system. He has received 10 medical reports, all of which indicate that his illnesses were caused by exposure to pesticides.

When he filed a law suit against Monsanto he won, but the company later appealed and was acquitted due to the limited links between the diseases and the use of pesticides.

Cases in which Brazilian workers affected by pesticides are able to win damages from the companies that manufacture them are extremely rare.

According to the World Health Organisation, for each notified case of intoxication, there are another 50 not counted – resulting in an excess of 1.4 million pesticides poisonings in Brazil in the past decade.

Workers are usually reluctant to report their cases to companies or to the Brazilian Social Security Institute (INSS). Many are afraid to denounce the companies or seek justice as it risks their employment credentials in the future. Others take the word of campaigns aimed at convincing workers that pesticides are not dangerous and that their symptoms are instead caused by stress and tiredness.

For workers without a formal contract, the situation is even worse.

“When intoxication occurs, the company sends the employee home with no rights or anything. The INSS cannot make the payment of sickness benefits because there is no proof of employment,” explained Gabriel Bezerra, president of the National Confederation of Human Responsible and Rural Employees.

Even amongst workers with a contract, only one in three cases of intoxication was reported to the INSS due to complex bureaucracy whereby a complex form needs to be completed by doctors who are reportedly reluctant to do so at times.

Reporting is made even more challenging due to the number of workers living in rural areas with little access to medical care. In many cases, the initial symptoms of intoxication are missed and they end up not being associated with pesticide poisoning. Medical professionals are also inadequately trained to diagnose pesticide poisoning, especially in remote rural areas. Laboratory tests for exposure studies are limited or non-existent. 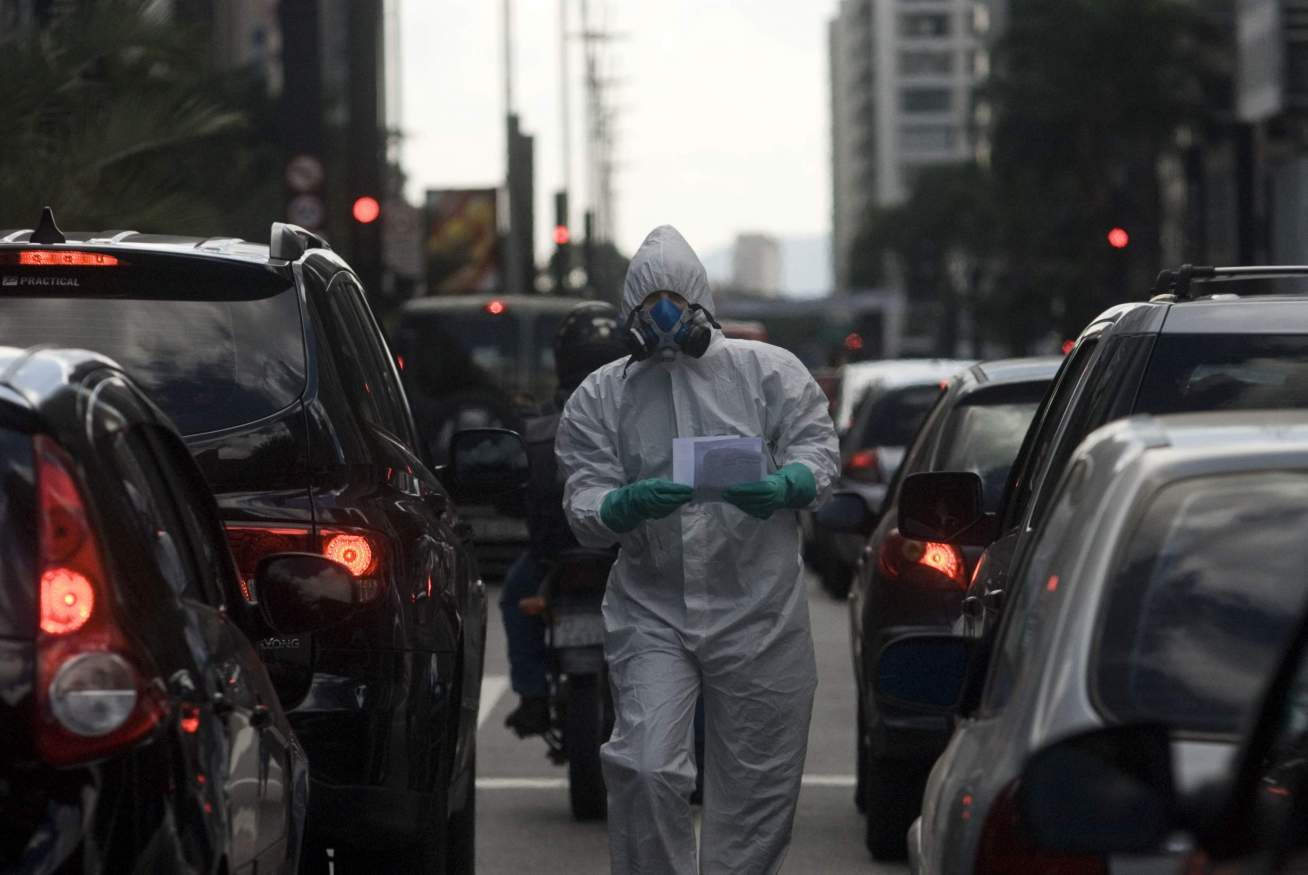 The Other Global Health CrisisHighly Hazardous Pesticides and Brexit Britain

One of the most vulnerable groups in the country is farmers who have entered the industry through their families. Usually they lack any formal training and have almost no access to the appropriate protective equipment when dealing with these pesticides. In addition, they receive no Government assistance when accidents occur.

Syngenta’s best-selling pesticide, Paraquat, is so dangerous that just one sip can be lethal. Paraquat was banned by ANVISA – Brazil’s health regulations agency – in 2017 and was given a three-year period to be withdrawn from the market.

The following year around 13,000 tons of Paraquat was sold in Brazil. Data from the Ministry of Health has revealed that it is the pesticide that has taken the most Brazilian lives in the past decade and research indicates that exposure is associated with Parkinson’s disease and genetic mutations. It has even become a form of suicide in Brazil. Despite this, in September, ANVISA authorised the use of Paraquat’s remaining stock in the country.

“Pesticides can be part of the casual chain, producing symptoms similar to depression, Niece Muller Xavier Faria, a doctor specialising in epidemiology in Rio Grande do Sul, told Byline Times. “Chemically stimulated by the effect of these products, farmers can even try to kill themselve.”

In total, 1,569 Brazilians have killed themselves by taking pesticides in the past decade.

ANVISA has also kept glyphosate on the market and reduced the toxicological classification of 93 products based on it. All 24 were considered ‘extremely toxic’ but are now classified as ‘improbable product to cause acute damage’. This means that glyphosate products in Brazil no longer carry the symbol depicting danger on their labels.

Bayer, the owner of Monsanto and the first company to sell glyphosate-based pesticides, has responded to more than 18,000 law suits on the effect of glyphosate in the US alone.

In total, there are currently 2,976 pesticide products sold throughout Brazil. Under Jair Bolsonaro’s Government, the highest number of new pesticides in 15 years has been registered and released.

The amount that the Brazilian Government fails to collect because of tax exemptions on pesticides is equal to nearly $2.2 billion a year, according to an unprecedented study carried out by the Brazilian Association of Collective Health.

“We are dominated by five large multinationals – Syngenta, Bayer-Monsanto, BASF, Corteva and DuPont – who rule over everything because they own 80% of the sector,” public defender Marcelo Novaes said.

To make things worse, the Government has refused to disclose data on 72% of pesticides in the country, including information on the volume sold. The Brazilian Institute of Environment and Renewable Natural Resources receives sales information in detail and could even disclose which farm bought which pesticide, allowing the information to reach consumers and control organisations. But the Government agency prioritises the commercial confidentiality of manufacturers.

With the Brazilian Government aiming to produce one-third of the world’s food by 2025, the consequences could be catastrophic – not just for Brazil but for the rest of the world.

Agrichemical organisations, along with the agribusiness industry and the Brazilian Government, are making huge profits at the expense of people’s lives, as well as contributing to water contamination, environmental degradation and biodiversity loss.

“Brazil continues to permit the use of dozens of highly hazardous pesticides that have long been banned by numerous other countries,” said Baskut Tuncak, the former UN Special Rapporteur on Human Rights and Toxics. “The Government’s actions and inactions have unleashed a catastrophic wave of toxic pesticides, deforestation and mining that will poison generations unless swift action is taken to put Brazil on a path toward sustainable development.”