Several extraordinary things happened in Westminster at the end of last week.

These days, even in the rare circumstances when a minister apologises for something, it comes with qualifications and without consequences. This is not a flaw in the system, it is the system itself.

Why, for this Government, is sorry always the hardest word?

Two weeks ago, the chair of the Committee on Standards in Public Life, Lord Jonathan Evans, delivered a speech examining the evolution of standards since the days of 1990s sleaze.

He observed that a strand of political thinking declares that governments are accountable only to the electorate, once every five years, and to nobody and nothing else in between. He noted the consequences: “Quite simply, the perception is taking root that too many in public life, including some in our political leadership, are choosing to disregard the norms of ethics and propriety that have explicitly governed public life for the last 25 years, and that, when contraventions of ethical standards occur, nothing happens.”

This goes beyond a lack of transparency and accountability. Nobody in power now seems to take responsibility, resigns when they get caught out, or indeed suffers negative implications from any actions at all.

The past four years have transformed Britain’s body politic. Like America over the same period, it has replaced a culture of accountability with one of impunity. Worse even: one of deliberate recklessness.

The defining moment of this phenomenon – and certainly the most memorable – came in May, when the Prime Minister refused to apologise for the behaviour of his then chief advisor Dominic Cummings.

Everyone could see that Cummings had flagrantly broken the Coronavirus lockdown rules but, instead of owning up to that, Johnson dug in. Cummings, he insisted, had in fact been doing the right thing all along by going up to Durham and taking his eye test drive to Barnard Castle. Johnson showered him with praise for protecting his family.

It was this, rather than the trip itself, which damaged the Prime Minister most. The refusal to apologise became an act of gaslighting. It wasn’t enough not to say sorry for an obvious mistake. The mistake had to be recast as an obvious virtue.

The culture of impunity manifests in multiple ways.

The first is dishonesty: refusing to explain the reality of policies to the public, pretending that everything will be alright, and fully denying egregious mistakes. This was the Government’s raison d’etre for the first seven months of the COVID-19 pandemic – from lying that the Coronavirus wasn’t a serious threat, to ‘throwing a protective ring around care homes’. But this tactic was lifted directly from the origin story of national myth-making: Brexit.

Boris Johnson and his Vote Leave colleagues built Brexit around the idea that the UK could have it all: more sovereignty and more prosperity – all of the benefits of EU membership and none of the obligations.

First, nothing bad could be conceded. Later, they declared that everything bad had already been made plain. The Brexiters, both before and after they became the Government, never told the British people what their options were and so never provided a fair chance for the public to vote on them. It may well have been that the voters would have endorsed a project which was going to shatter prosperity in the name of independence – but we will never find out. The Government’s lies earned it an 80-seat electoral majority.

Of course, lies do eventually get exposed, in the sense that people become aware of them. At that point, the question of dishonesty becomes one of deflecting blame.

In the case of Brexit, that was the EU, ‘Remoaners’, the media, Civil Service, judiciary, and opposition MPs. For COVID-19, it is the public itself. Ministers have blamed ordinary people for everything: following contradictory advice, wavering on discipline, and not self-isolating when in many cases that proves financially ruinous. People have been condemned both for staying away from shops (stifling the economy) and for frequenting pubs and restaurants (spreading the virus). The fact that the Government literally bribed them to eat out is neither here nor there. The Government denies its own guilt in direct proportion to impugning others. 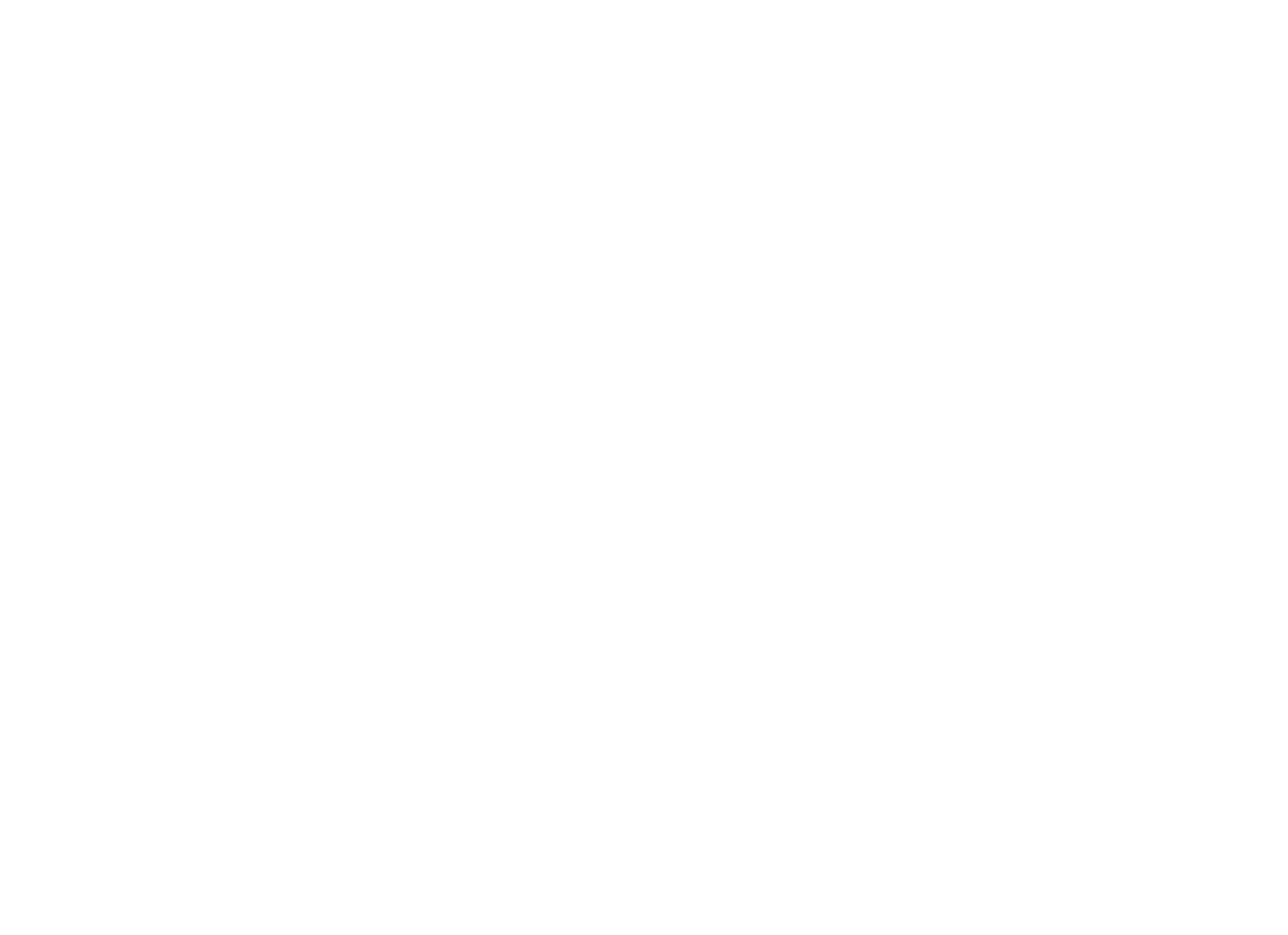 The culture of impunity is a culture of machismo. Sorry is a sign of nuance and nuance is a sign of weakness. The Government’s over-riding obsession is with strength. It expects people to look up to their leaders and not to challenge them.

Johnson has perfected this art. He treats challenges from Labour leader Keir Starmer as personal attacks, or worse, attacks on the nation itself. Sincere questions about the ‘test and trace’ service are branded defamations of the NHS. His ministers, meanwhile, have spent most of the pandemic boycotting the nation’s leading news programmes. Nobody need ever apologise for weaknesses if they don’t answer questions about them.

The Bursting of the Dam

The tragedy is that this is all a trap the Government chose to build itself. It is not only easier to say sorry than to deny a self-evident fact, more people would respect it for doing so.

Most people are reasonable and understanding. Certainly, they would sharply criticise a government which confessed to so many massive errors. But they would recognise the fact that ministers were being honest and treating the public as grown-ups.

In the absence of this, it is not just that the Government makes a lot of mistakes – it is that it cannot acknowledge any of them. This compounds the initial sin.

People understand that in a pandemic unprecedented in living memory, ministers will occasionally make poor choices. But people also have a right to expect that ministers will recognise them – and they never do. This is not just a sin of pride, but a sin of repetition. If you cannot accept that you have done something wrong, you are doomed to re-enact it. So the Government has. If Johnson had apologised for going into lockdown so late, he might not have repeated that mistake in September, when his scientists advised him to adopt a circuit-breaker, advice he ignored.

The Government’s real fear is opening the floodgates. It knows that the minute it says sorry for one thing, it will eventually have to take responsibility for everything. This is the doctrine of ‘taking back control’, and keeping it.

This Government has constructed its entire identity on the basis of always being right. It assumes a kind of divine infallibility: it cannot do wrong by virtue of what it is. That is dangerous as well as stupid, because it compromises both democracy and its own interests. If your claim to power rests on never being wrong, any fault at all risks destroying your authority and thus your legitimacy, eventually collapsing the whole edifice. This process has already begun. It is like pulling the curtain back on the Wizard of Oz every day and just watching him re-draw it.

Like Donald Trump, the Government will eventually learn that the people have a limited tolerance for a culture of impunity. In the end, the political is the personal. The Government has misunderstood one of the key lessons of growing up: that saying sorry is not a weakness but an incalculable strength.

This is a story of overwhelming contempt, but underneath it, profound insecurity.

Violence in Jerusalem: The ‘Deal of the Century’ Unravels

CJ Werleman, 10 May 2021
CJ Werleman on how Israeli government violence towards its own citizens is a moment of hubris that is galvanising global opposition

Lauren White, 10 May 2021
Lauren White analyses why areas afflicted by poverty and deprivation have voted Conservative for the first time

Mike Buckley, 7 May 2021
Keir Starmer’s mission is clear, even if his party’s execution has been lacking in this election campaign, argues Mike Buckley

Boris Johnson is Bombproof, While Labour Runs Out of Second Chances

Sam Bright, 7 May 2021
Keir Starmer’s side must reckon with the reasons why it lost to a party that has had 150,000 people die on its watch, says Sam Bright