State of the art fighter jets, drones and missiles are all part of a massive multi-billion dollar arms deal the Trump administration hopes to secure with the United Arab Emirates before leaving the White House.

The fact America’s new customer has openly violated United Nations (UN) arms embargos in Libya and Somalia, and been accused by UN experts of war crimes in Yemen seems to be of little concern. In fact, US Secretary of State Mike Pompeo claims the $23 billion deal will help maintain peace in the Middle East by deterring the UAE’s adversaries, “especially Iran”.

In reality, the deal could spark a new arms race in the region an issue made explicit during negotiations for a peace agreement between Israel and UAE, which was brokered by the US. Israel was particularly concerned about the possibility of the arms deal as Israeli Prime Minister Benjamin Netanyahu feared it could mean losing his country’s military superiority over its neighbours. 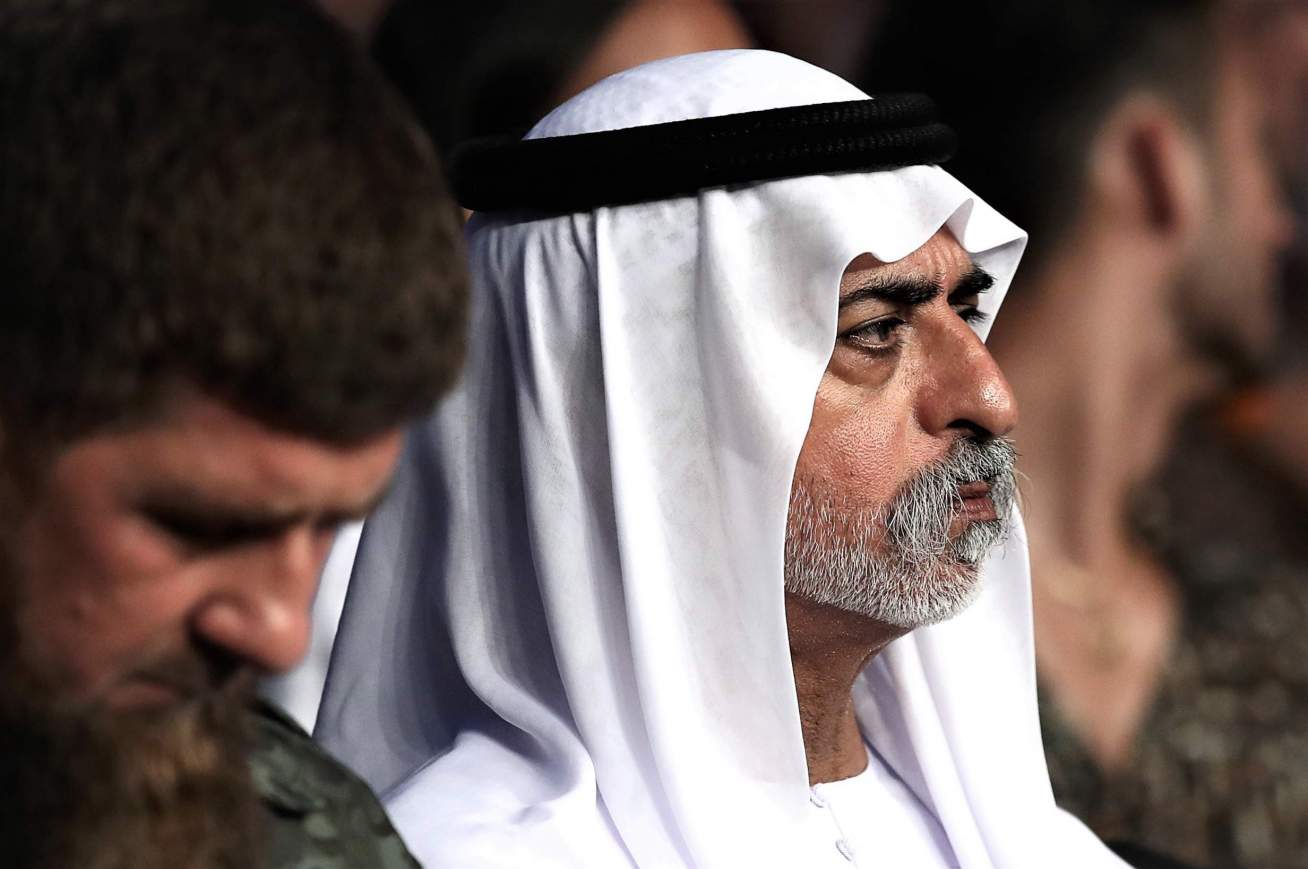 Currently, Israel it is the only country in the region to possess the F-35, a jet which costs almost $100million to produce and is fitted with advanced technology that makes it years ahead of its competitors. Netanyahu later backed down on his objections to the deal and publicly announced he was happy for the US to sell “certain weapon systems” to the UAE.

The condition, according to Netanyahu’s Defence Minister Benny Gantz, was that the Trump administration “will allow the procurement of advanced weapon systems that will significantly upgrade Israel’s military capabilities”. Neither the US or Israel have elaborated on what this upgrade deal will look like but Pompeo confirmed the UAE deal will be “fully consistent” with America’s policy of maintaining Israel’s military superiority over its neighbours.

The Trump administration formally confirmed to Congress it would be moving forward with the UAE deal on 10 November but it is expected to face scrutiny from the opposition. At the end of October, Democrat Senators Bob Menendez and Dianne Feinstein proposed legislation which aimed to limit the sale of the F-35, including to the UAE.

This is due in part to the UAE having close ties to China. Last year, it signed a $3.4 billion trade deal with Beijing and one month later, when China unveiled its own version of the F-35 former US National Security Advisor John Bolton said F-35 technology had been stolen to create the jet.

Menendez has accused incumbent President Donald Trump of trying to rush the deal through “before the end of his term”. On Twitter, Democratic Senator Chris Murphy said the “massive arms deal” is “completely inappropriate for a lame duck Administration”, adding that it is an “attempt to narrow options in the Middle East for President-elect Biden when he takes office”.

The UAE deal could be one of the most significant under the Trump administration since 2017 when the US agreed to a 10-year $350 billion deal with Saudi Arabia. As with the UAE, this deal was seen as helping to counter Iranian influence. There was also little consideration for the multiple allegations of Saudi war crimes during the Yemen conflict or that several investigations have found US arms sold to the Saudis have ended up in the hands of terrorist groups such as Al Qaeda.

Andrew Smith, of Campaign Against the Arms Trade (CAAT), told Byline Times that the UAE deal will almost certainly drive military spending upwards in the Middle East and “risks further inflaming an arms race”. He further stressed that devastating conflicts such as the one in Yemen, which both Saudi Arabia and the UAE have been involved in, are “only possible because of the political and military support from the US and other arms dealing governments”.

An Uncertain Future Under Biden

It is unclear what will happen to the UAE deal if Trump is not able to secure it before leaving the White House in January. Last month, The Jerusalem Post reported that a top foreign policy advisor for President-elect Joe Biden had said there are “concerns” about the sale of the F-35.

He explained that when Biden was Vice-President under the Obama administration, the sale of the jets was agreed only for Israel “because we wanted to make sure that Israel was able to preserve its qualitative military advantage”. He added the Biden administration would look at the UAE deal “very, very carefully” but did not say the administration would stop it.

During his campaign, Biden has been highly critical of Trump’s arms sales, especially his support for the Saudis. The President-elect has insisted he will end arms sales and military support to the Saudi-led coalition involved in the Yemen conflict and during a debate in November 2019, he went as far as to say “there’s very little social redeeming value” in the current Saudi Government. He accused them of “murdering children” and “murdering innocent people”. 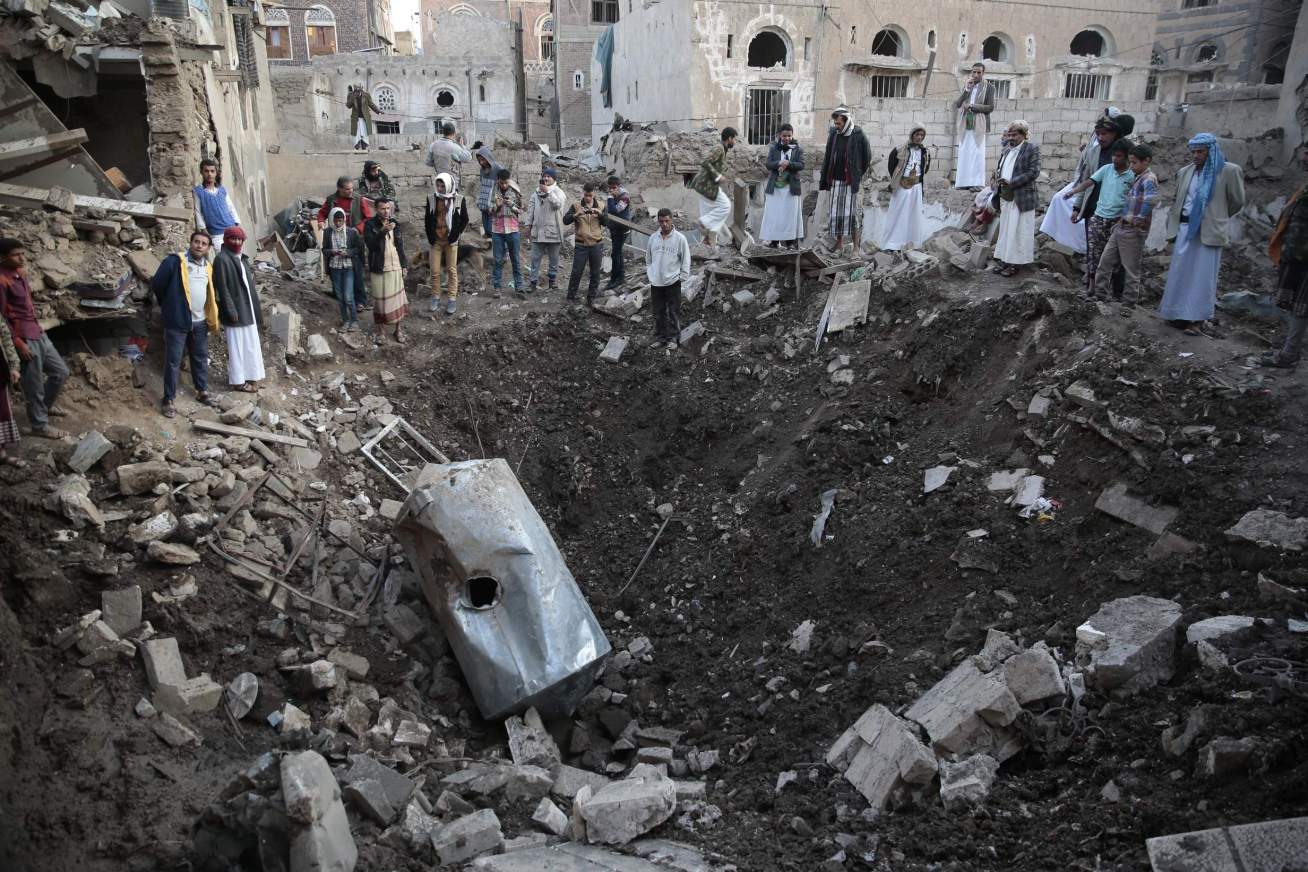 Saudi Arms SalesHow Much Longer Can the Government Prolong War in Yemen?

However, as CAAT’s Andrew Smith pointed out to Byline Times, “the Yemen war began while he was in the White House and many of the weapons being used will have been sold during the Obama and Biden administration”.

Human Rights Watch has also been highly critical of the Democrats for hypocritical statements on the Saudi arms sales. The group stated that “well before” Trump came to the White House it had documented “well over 100 apparently indiscriminate or disproportionate aerial attacks by the Saudi-led coalition on civilians and civilian infrastructure in Yemen”.

In many of these cases, there was evidence of US weapons being used, including widely banned cluster munitions in populated areas. “We repeatedly provided this evidence to Obama administration officials, but they would insist, despite the obvious evidence to the contrary, that the support they were providing was reining in the Saudis and helping improve their ability to comply with the laws of war,” the group claimed.

Beyond just Yemen, Human Rights Watch says that by supporting Saudi bombing at the same time as criticising Russia and Syria for attacks on civilians, the administration “undermined” its own ability to “restrain the Syrian government”.

There is a good chance that Biden is looking to redeem these past mistakes and there is no denying he has already significantly more critical of the Saudi regime than the Obama administration. “I think the Biden administration can have a very positive impact on ending the war in Yemen,” said Gregory Johnsen, a former member of the UN Security Council Panel of Experts on Yemen. “Indeed, the US may be the only country, which – if it so chooses – can put enough diplomatic pressure on Saudi Arabia to end the war in Yemen.”