US Election 2020Trumpism Is Here To Stay & Nowhere Is Sacred

It’s a grey and unusually misty day in the tiny rural village of Pentre, nestled in the hills of South Wales. As the most globally important election of a decade unfolds all the way across the Atlantic, this small town couldn’t be further from the chaos.

A small takeaway sits on the town’s sleepy high street. The owner is a 62-year-old local, Norma Hemming. She’s working the till when a grey-haired man walks into her shop, brazenly refusing to wear a mask. When the delivery driver confronts him, asking him to put on a mask, he pulls a gun and begins ranting to Norma and the delivery driver, spewing all too familiar conspiracies about Bill Gates, microchips and ‘submission’. Armed police are called and the man with the gun is arrested.

At the same time in Goodison Park, one hundred miles to the north, Liverpool is hosting Everton versus Manchester United. Suddenly, a huge banner is flown across the sky above reading “World knows Trump won”, followed by the hashtag #MAGA (Make America Great Again). Even in the UK the COVID-19 conspiracies and Trump’s baseless election fraud allegations have taken root.

How on earth did this happen?

Raheem Kassam, a British ‘Alt-right’ activist who was Nigel Farage’s aide de camp and ran for the UKIP leadership, has spent the last four years working in the US with as an assistant to Trump’s former campaign manager, Steve Bannon. He has been one of the loudest voices suggesting Joe Biden’s election win was illegitimate and promoting the idea of ‘resistance’ against the incoming ‘Marxist administration’.

This kind of propaganda, presented as fact, reaches huge audiences not just in the US but also in the UK. ‘Tommy Robinson’ – another British friend and ally of Kassam’s – has been perpetually pushing MAGA content in the run-up to the US elections, content which now includes sharing the Liverpool banner, with his 150,000 Parler followers. Meanwhile, the Brexit Party leader Nigel Farage has been appearing alongside Trump at his rallies while broadcasting the same conspiracies about the election to his 1 million Facebook followers.

It’s not just intentionally disingenuous activists we ought to consider; Boris Johnson’s inept COVID-19 response and lack of clear and reasoned guidance has for months been creating a climate of distrust in government that creates a breeding ground for extreme, toxic ideas to spread. 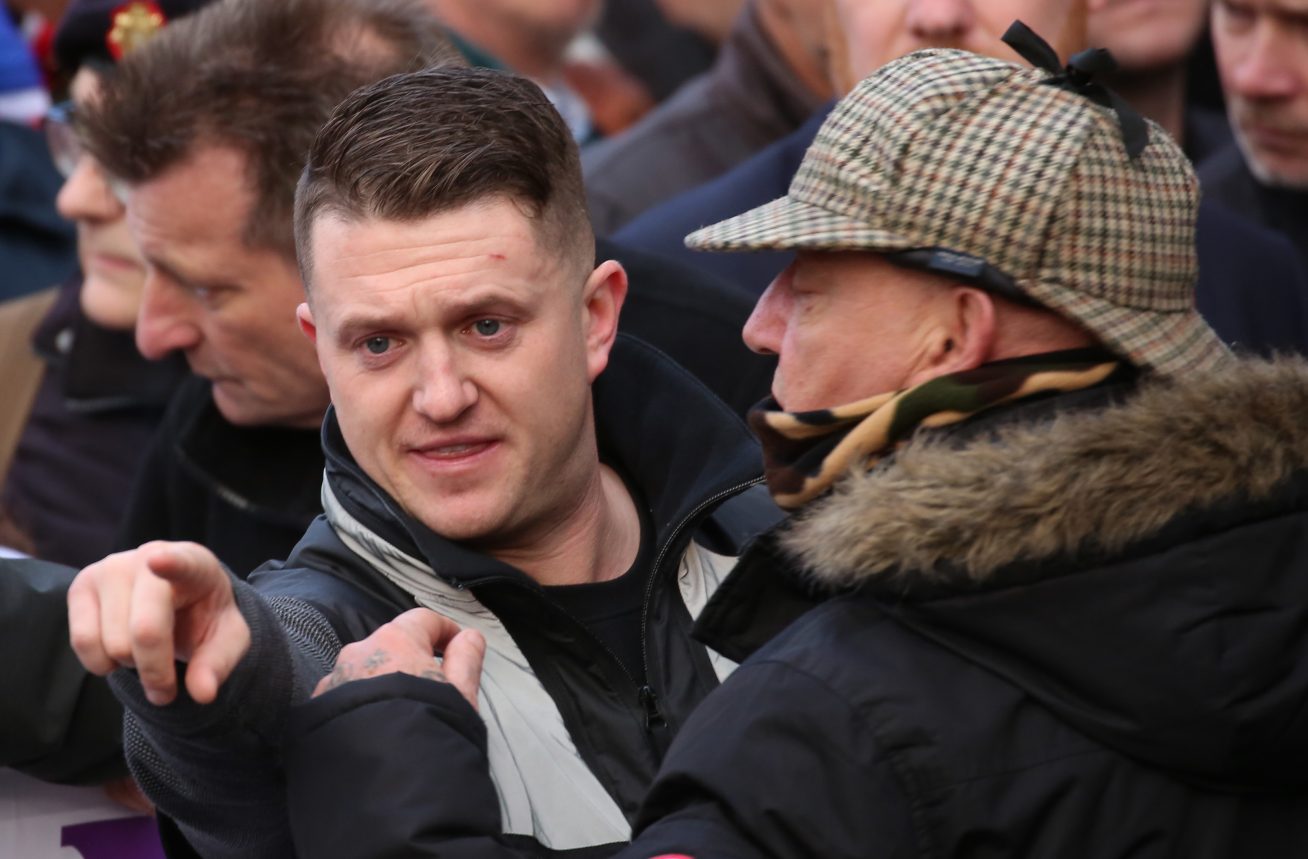 During my time in the alternative media, I worked with Alex Jones’ InfoWars, arguably the Mecca for online conspiracy theorists. Increasingly over time, Infowars content, followed by the rest of the alt-right, became obsessed with Britain.

The ‘oppression’ of Tommy Robinson, grooming gangs, online hate crime hubs and police arresting people for tweets became some of the most popular memes on the right. “Oi mate, have you got a licence for that butter knife” became the go-to joke whenever the UK was mentioned, a reference to our perceived lack of freedoms and national cuckoldry in the eyes of Trumpian strongmen.

In 2018, I made a feature film for Alex Jones about ‘tech censorship’ which featured the biggest names in the US online right at the time: people like Gavin McInnes and Laura Loomer. Before I left the right to blow the whistle on many of its practices, the movie had been watched hundreds of thousands of times, and promotional clips had been viewed millions of times, with a fifth of viewers being in the UK.

A recent poll by Hope Not Hate found a staggering one in four British people now believe in the QAnon-linked conspiracy theory that Donald Trump is secretly fighting a battle against a ‘deep state’ run by paedophiles. As the ‘Scamdemic’, anti-mask, anti-vaccination movement continues to pick up pace during the Coronavirus crisis in the UK, disinformation remains largely unchallenged by mainstream media in any particularly meaningful way.

The US might have just voted for Biden in a historic election, but a margin of 5 million votes out of 148 million is hardly a landslide. The truth is that even when Trump is no longer in office the political movement he gave birth to is going to prove much harder to defeat than the man himself. More people voted for Trump than in 2016 and according to exit polls, he actually increased his margins with all non-white demographics. While we should all be sure to celebrate his defeat as a moment of light against a backdrop of four years of darkness, we would do well to remember that near enough 50% of voting Americans will be thinking the same way today as they did three days ago.

Biden’s win, while a victory, is not a solution.

Norma the shopkeeper in South Wales, is still shaken. “You hear about this stuff on the news but you never expect it to happen to you. You don’t expect anything like this,” she told reporters. But the sad reality is that even with Trump finally ousted from office, we should all expect a lot more of this in the future.

Culture War Capitulation: How the BBC Can Save Itself

Patrick Howse, 4 December 2020
Patrick Howse reviews a new book about the forces raging against the BBC, and offers some solutions to the broadcaster’s current predicament