How serious is the UK about upholding its historic responsibility towards its former colony, where a crisis of democracy is unfolding before the world’s eyes?

The Foreign Office has refused to reveal if it has held meetings with the Chinese Communist Party or the Hong Kong Government over violations of the Sino-British Joint Declaration during more than a year of pro-democracy protests in the former British colony, Byline Times can reveal.

Britain has a historic responsibility with regards to Hong Kong, with it being a signatory to the Sino-British Joint Declaration – which came into effect in 1997 when Hong Kong was handed to China.

A key pillar of the Declaration was the notion of “one country, two systems”, an arrangement which aims to preserve the legacy of British colonial rule in Hong Kong by guaranteeing it a degree of autonomy from Beijing, freeing the city from the same authoritarian laws and systems as the mainland.

But, despite its role in the shaping of modern Hong Kong, the UK’s Foreign Office has refused to provide Byline Times with the most basic of details – over fears that this could cause problems in its relationship with China.

In response to a Freedom of Information request asking how many meetings the Government has held with Chinese authorities since January 2019, as well as details of attendees, Byline Times was told that providing such information could “harm our relations with China” – although the Foreign Office admitted that disclosing it would “increase public knowledge about our relations with China and in particular discussions regarding Hong Kong”.

The unique relationship between the UK and Hong Kong was underlined most notably in March 1996, when the then Prime Minister John Major visited the city and promised that “Hong Kong will never have to walk alone”. He said that “if there were any suggestion of a breach of the Joint Declaration, we would have a duty to pursue every legal and other avenue available to us”. 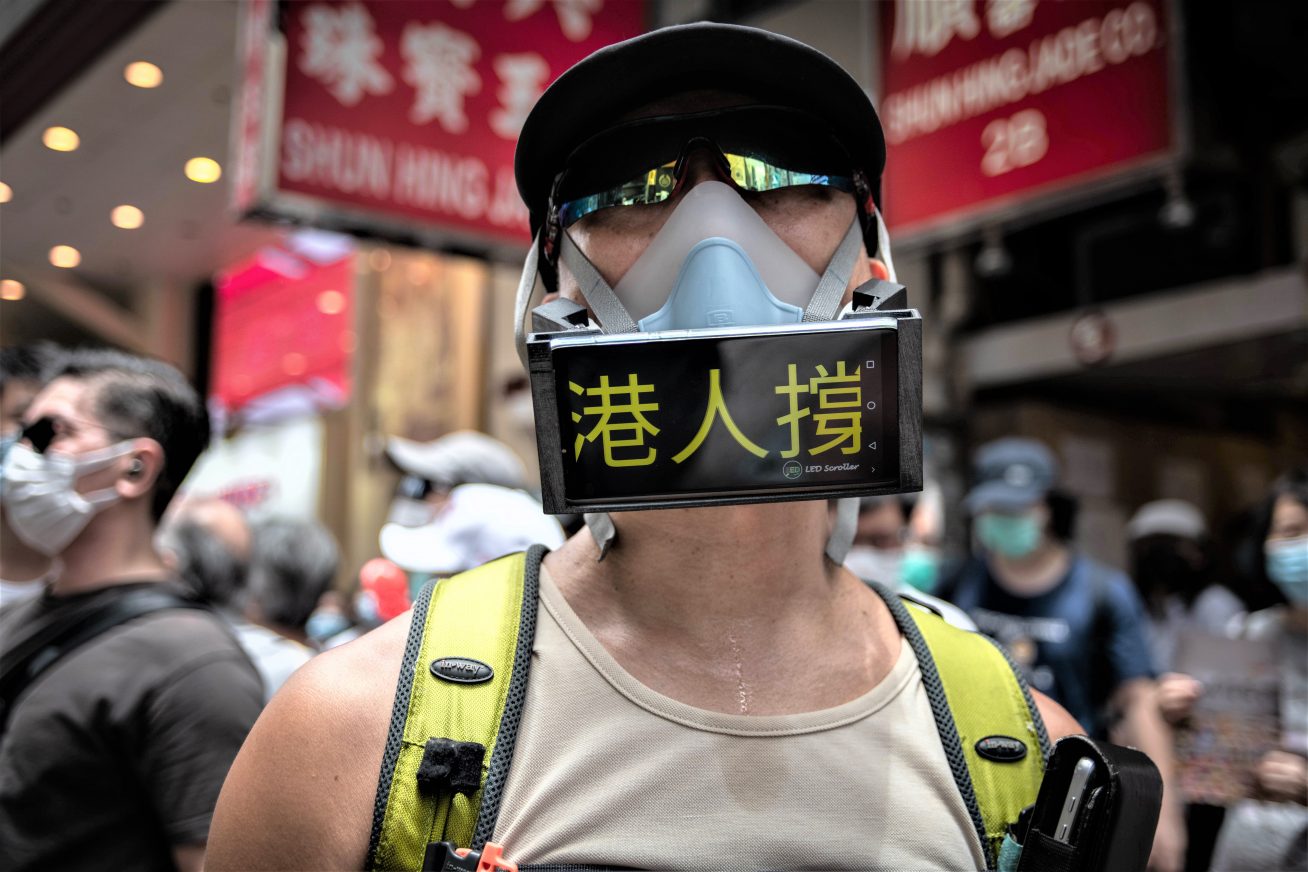 But, in a series of aggressive moves to quell pro-democracy protests which broke out on the streets of Hong Kong at the start of 2019, Beijing breached and essentially ended the agreement by passing the National Security Law in June. Under the legislation, speaking about independence from China is now outlawed, those protesting against the Government can be imprisoned, and asking for help from abroad is seen as foreign collusion. In some cases, these crimes and many others can land perpetrators in jail for life.

In a brazen move by the Chinese Government, the law came into effect just hours before the twenty-third anniversary of Hong Kong’s handover to China from British rule. It has transformed the once semi-democratic city into a police state.

The Need to Exercise Effective Influence

Publicly, the UK fiercely criticised China for the implementing the National Security Law, with Foreign Secretary Dominic Raab calling it a “flagrant assault” on the rights of Hong Kong citizens and Prime Minister Boris Johnson declaring it to be “a clear and serious breach of the Sino-British joint declaration”.

However, it remains unclear whether these sentiments have been carried forward through private dialogue.

Benedict Rogers, chairman and co-founder of Hong Kong Watch, told Byline Times that it was concerning to see the UK’s lack of transparency over the “most basic information” relating to the discussions.

“While there may be understandable reasons for withholding some details, such unnecessary secrecy not only flies in the face of the public interest but raises further questions about the willingness of ministers to stand by their legal, moral and historic commitment to the people of Hong Kong,” he said.

“The UK Government has come a long way in a very short space of time on Hong Kong, it has taken a much more robust stance publicly, and it deserves credit for that. But it would be to their advantage to reinforce their public rhetoric and the policy decisions they have taken with evidence of the efforts they have made behind the scenes… To be effective, influence on the Chinese regime must combine public pressure, concrete action and diplomacy.”

Meanwhile, Chinese Ambassador to the UK, Lui Xiaoming, dismissed questions about China’s violation of the declaration in June. In an official statement, he said: “Not a single word or paragraph in the Joint Declaration gives the UK any responsibility over Hong Kong after its handover. The UK has no sovereignty, jurisdiction or right of supervision over Hong Kong after the handover”.