A Messageto the US MediaBiden and Trump Are Not ‘The Same’

The false equivalence awarded to Donald Trump and Joe Biden is grossly misleading and a danger to democracy, argues CJ Werleman

The US mainstream news media has been given four years to reconcile how and where it went wrong in covering the then Republican candidate Donald Trump during the 2016 Presidential Election.

And yet, everything about the first of the three 2020 US Presidential Debates suggests that the country’s major broadcasters and publishers have not learnt a single thing, to the detriment of the country’s global reputation – and democracy itself.

In a functioning democracy, the news media performs the role of a government watchdog, holding those in power accountable for their actions. In the US, however, it operates more like the fictional Hunger Games, whereby a fascination with the spectacle of the race supersedes the notion of journalists being guardians of the public interest.

In the age of cable television news, entertainment has replaced information and investigative reporting, while journalists themselves have been replaced by entertainers. This is why a 2012 study found that consumers of the right-wing Fox News channel are less informed about current affairs than those who watch no news at all.

Today, the mainstream news media functions like the kind that would not be out of place in a failed state or under a totalitarian regime, with a perpetual drumbeat of toxic misinformation, disinformation, lies, planted stories and conspiracy theories being allowed to flourish unchallenged.

There are many reasons why Trump won the presidency despite his lifelong record of dishonesty, corruption and failure. But a principal reason was that the media, and the way it obsessed over and then profited from his spectacle and showmanship, granted him round-the-clock coverage. This non-stop reality TV show, with Trump at its centre, helped legitimise his candidacy and normalise his lies, racism, sexism and extremist politics.

A 2016 study found that Trump received 327 minutes of nightly broadcast network news coverage in the year prior, compared with Hillary Clinton’s 121 minutes and Bernie Sanders’ 20 minutes, with the Republican Party receiving twice as much coverage of its primary debates compared with the Democratic Party’s. 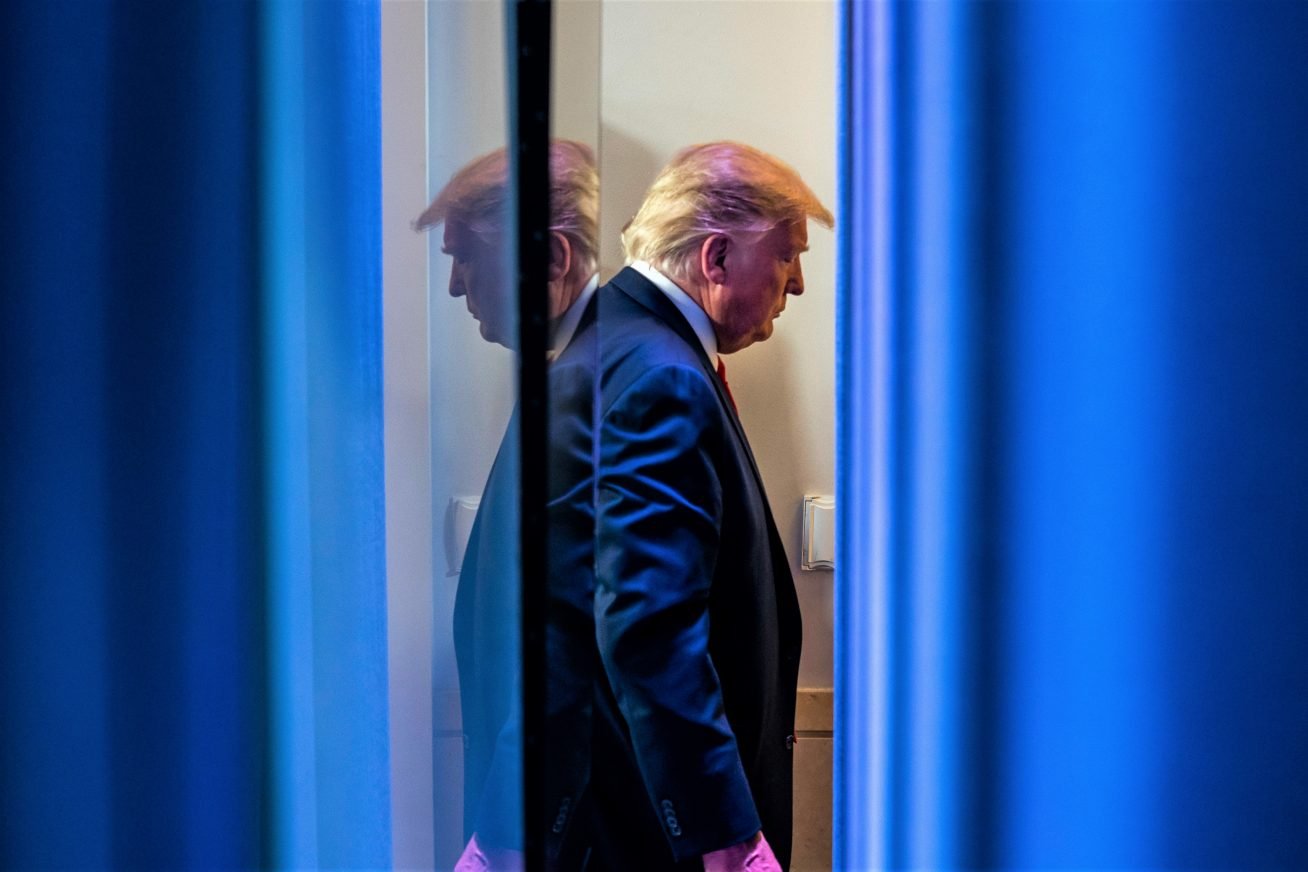 As observed by media critic Parker Malloy, The New York Times published 10 front-page stories about the FBI’s investigation into Clinton’s private email server in the final week of the 2016 election campaign – an investigation that ultimately cleared her of any wrongdoing. But the newspaper ran no front-page stories about the policy positions of either candidate, thus choosing to place titillation before substance.

“We know how that story ended,” observes Malloy. “Clinton’s campaign faltered in those final days, Trump got elected, and the mainstream media’s obsession with information security faded away almost entirely.”

In 2016, the cable news giant CNN admitted that it made a mistake in exposing its audience to so much unfiltered Trump coverage. “If we made a mistake, [it was] we shouldn’t have put on as many [Trump] rallies as we did,” CNN President Jeff Zucker told The Washington Post.

But the commercial reality for CNN and every other news outlet in the country is this: Trump remains a guaranteed money spinner, as admitted by CBS CEO Leslie Moonves, who said, “[Trump’s candidacy] may not be good for America, but it’s damn good for CBS”.

Trump is helping these networks to rake in billions of dollars of revenue and profits, but his lies and deceit have not only undermined the public’s faith in democracy and media, but has also led to 205,000 American deaths from COVID-19. A Cornell University study found a whopping 38% of all pandemic misinformation traces back to Trump, identifying him as the largest driver of an “infodemic”.

To that end, the decision to live-broadcast the debates between Trump and former Vice President Joe Biden, instead of airing them with a five minute delay to allow each of the candidate’s claims and statements to be fact-checked, represents yet another failure of the news media in this post-truth age.

Predictably, Trump spun one falsehood and misleading claim after another, with the Los Angeles Times describing the President’s debate performance as an “avalanche of lies”. He lied about COVID-19 deaths, vaccine development and distribution, Black Lives Matter protests, the price of insulin, swine flu, his opponent’s policies, as well as his record in office and his sons, and the amount Trump pays – or rather doesn’t pay – in federal income taxes.

Trump also overwhelmed the moderator, Fox News’ Chris Wallace, with his lies, bullying, incessant interrupting and total disregard for the rules of the debate, representing a humiliating failure for the veteran journalist who had years to prepare for this moment. Wallace allowed Trump to interrupt him and Biden a total of 145 times, allowing the debate to degenerate into a disaster. 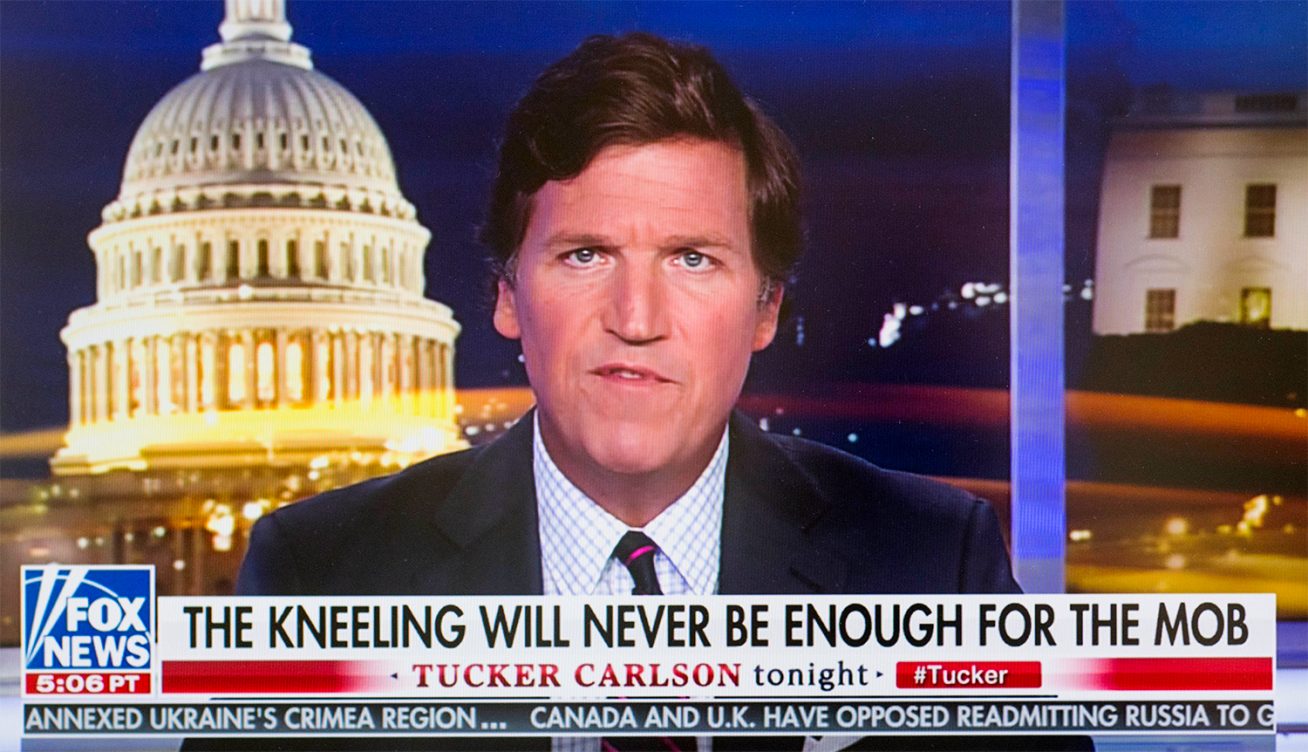 Defunding the BBC Will Lead to aZombie Democracy

But if someone hadn’t watched the debate and read only the following day’s media headlines, they would presume both candidates were equally responsible for the national embarrassment that the rest of the world witnessed the previous night.

What the headlines left unsaid was that only one of the candidates ignored and violated the agreed rules of the debate; only one of them constantly spoke over the top of the moderator; only one of them refused to denounce white supremacists and put a neo-Nazi group on “stand-by”; only one promised to send thousands of supporters to watch over polling stations and potentially intimidate voters (a federal crime); only one refused to say they would accept the outcome of the election; only one undermined democracy by perpetuating the myth of widespread vote fraud; only one rejected science (COVID-19 spread, mask-wearing and climate science); and only one told more than a dozen lies.

Biden called this out, labelling Trump a “clown” and asking “will you ever shut up, man?” – yet, according to the media, he is equally or partially responsible for the farce.

If even a single voter was led to believe that both candidates were equally as dishonest, disrespectful and un-presidential as the other, then the media has failed in its role to safeguard the public interest. So what does it say that millions were led to believe this fallacy?

Trump won the presidency in part because the media framed the candidates as ‘both are X’, when one was clearly ‘Y’ (less qualified, more corrupt, dishonest and racist). This framing helped suppress voter turnout and thus benefitted Trump in the crucial battleground states, where he secured victory by a mere 88,000 votes.

Four years later, the media is making the same mistake. For all of Biden’s shortfalls, he is far more honest, decent, qualified and capable than Trump.

Clearly, these two candidates are not the same, and it’s the media’s responsibility to act accordingly, for the sake of democracy.