Belarus CrisisCan Putin and Lukashenko do a Deal Without Involving the West?

Belarus will remain in Russia’s geopolitical orbit, for now at least. That is the conclusion after the leaders of the two countries met at Russia’s Black Sea resort of Sochi on 14 September. Despite mass protests in Belarus over the legitimacy of the presidential election last month, the Kremlin continues to support Belarusian President Alexander Lukashenko.

In light of the Belarusian state budget apparently running short of money for salaries, Russian President Vladimir Putin promised to provide a $1.5 billion loan to Minsk. But what else did the two leaders agree during the meeting?

It is worth noting that upon landing in Sochi, Lukashenko was greeted by the governor of the Krasnodar region rather than by a Kremlin official. Belarusian opposition activists described this unusual protocol as “another humiliation of Lukashenko by Russia”. Others interpret it as an indirect message from Russia to the Belarusian leader that, in the future, it sees Belarus as part of the Russian Federation rather than an independent country.

In a meeting with Lukashenko in Minsk earlier this month, Russia’s Ambassador to Belarus, Dmitry Mezentsev, apparently demonstrated Moscow’s view of Belarus as part of Russia. Menzentsev reportedly gave Lukashenko a book with maps from 1866 depicting Belarus’ regions as provinces of the Russian Empire. Mezentsev reiterated Lukashenko’s 1 September statement that Belarusians see Russia and Belarus as a common “fatherland from Brest to Vladivostok,” further implying Belarus was and will be a subject under a larger Russian domain.

Despite this rhetoric, it is unlikely that Moscow will annex Belarus. It is also very improbable that Lukashenko, pressured by the Kremlin, will agree to incorporate Belarus into the Russian Federation.

Prior to meeting in Sochi, Svetlana Tikhanovskaya – the Belarusian opposition leader who has been recognised as the “legitimate President of Belarus” by Lithuania – addressed Putin saying: “Whatever you accept and whatever you agree on during the meeting in Sochi – it will not have legal force. All agreements signed with illegitimate Lukashenko will be reviewed by the new Government.”

Given that the Kremlin firmly supports Lukashenko, it is unlikely that there will be a new Belarusian Government any time soon. However, Tikhanovskaya’s message is likely a warning that the West is sending to Moscow. In other words, it is Russia, rather than Lukashenko, that could face serious consequences if he signs any agreements with the man Western countries consider illegitimate.

That could be the reason why Kremlin spokesman Dmitry Peskov said before the Sochi summit that no documents would be signed. That is also one of the reasons why Russian oligarchs are still not pushing to privatise Belarusian state-owned enterprises, as they are aware the West could impose a ban on trade with such companies.

Belarus is still expected to deepen its ties with Russian for the foreseeable future. Lukashenko has reportedly agreed to redirect the flow of Belarusian goods from the Baltic ports to Russian ones. Such a move would certainly harm Lithuania, Ukraine, China, Germany and Poland, and Russia would be the main beneficiary.

It remains to be seen if this decision will actually be implemented, or if it was Lukashenko’s and Putin’s threat to the European Union and the United States in an attempt to dissuade them from imposing any serious package of sanctions on Belarus due to the crackdown on anti-Lukashenko demonstrations after the 9 August presidential election.

In any event, Lukashenko’s relations with the EU have deteriorated, and he openly accused neighbouring Poland of coordinating protests in Belarus.

Prior to the 9 August election, Lukashenko also accused Russia of trying to destabilise the Eastern European country and forcing a Maidan-style coup in Minsk. Now the situation has changed and Lukashenko has become heavily dependent on the Kremlin, claiming he “never turned his back on Russia”. 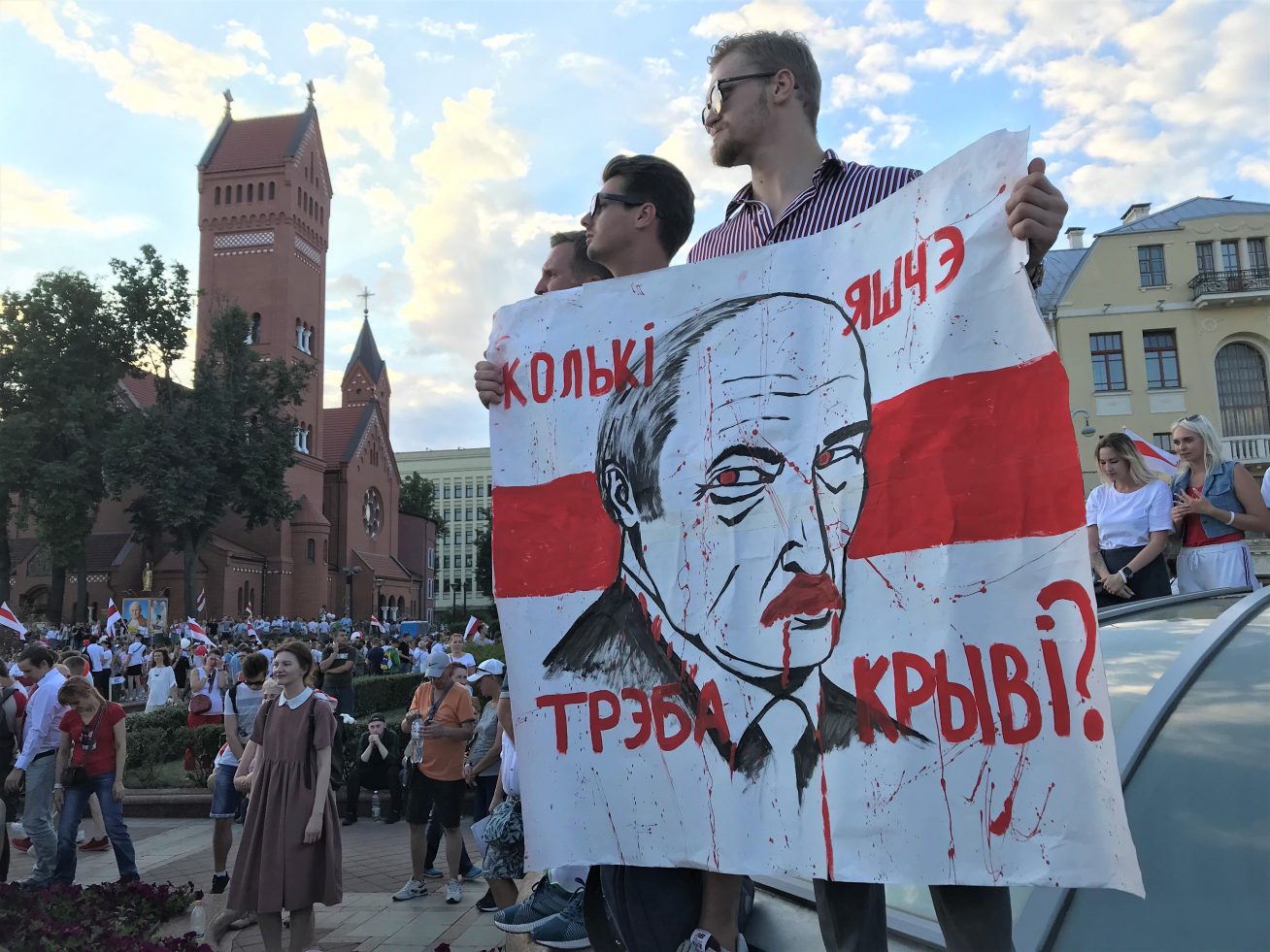 Naturally, Lukashenko is trying to preserve his position, although it remains unclear for how long Moscow will keep supporting him. By way of warning, during the demonstrations in Kyiv’s Maidan Square in December 2013, the Kremlin agreed to provide a $3 billion loan to Ukraine. Three months later, the pro-Russian President of Ukraine Viktor Yanukovych was overthrown, and Russia cannot get its money back to this day.

At this point, it is unlikely that Lukashenko will be ousted, as he still firmly controls the security apparatus. Now that he has obtained loans from Russia, security services’ salaries will surely be paid on time, which means the police and army will remain loyal to Lukashenko. But if the situation in the country radicalises further, and the West puts serious pressure on the Kremlin to abandon Lukashenko, all options will be on the table.

Finally, Moscow is already pressuring the Belarusian leader to change the country’s constitution. Judging by his recent statements, Lukashenko still considers constitutional reform as something necessary, but not yet mandatory. In the long term, both Moscow and Minsk see a new Belarusian constitution as the most elegant way for Lukashenko to step down. In the meantime, the West-backed opposition will keep holding anti-Lukashenko protests, even though all the opposition leaders are either behind bars or out of the country.

Without opposition participation, a new constitution will unlikely be recognised by the West, which means that, in the end, the future of Belarus will depend not on agreements between Putin and Lukashenko, but on deals between Russian President and his “dear Western partners”.