At least £180 million – and up to £300 million – in ventilator and PPE contracts appear to have been awarded to companies linked to an evangelical movement described as a “cult” by former members which has multiple ties to the Conservative Party, Byline Times can reveal.

The Exclusive Brethren is a subset of a Christian group, often described as Plymouth Brethren in the UK. It came to prominence after being investigated by the Charity Commission over whether it was delivering enough “public good” to maintain its charitable status.

The sect, whose members are subject to strict disciplinary practices, enjoys tax reliefs and rebates reportedly worth as much as £11 million a year.

The Brethren has around 20,000 UK members and includes a number of businesses and non-profit groups under its umbrella, charitable organisations such as the Rapid Relief Team, business consultancy UBT, and OneSchool Global (OSG). 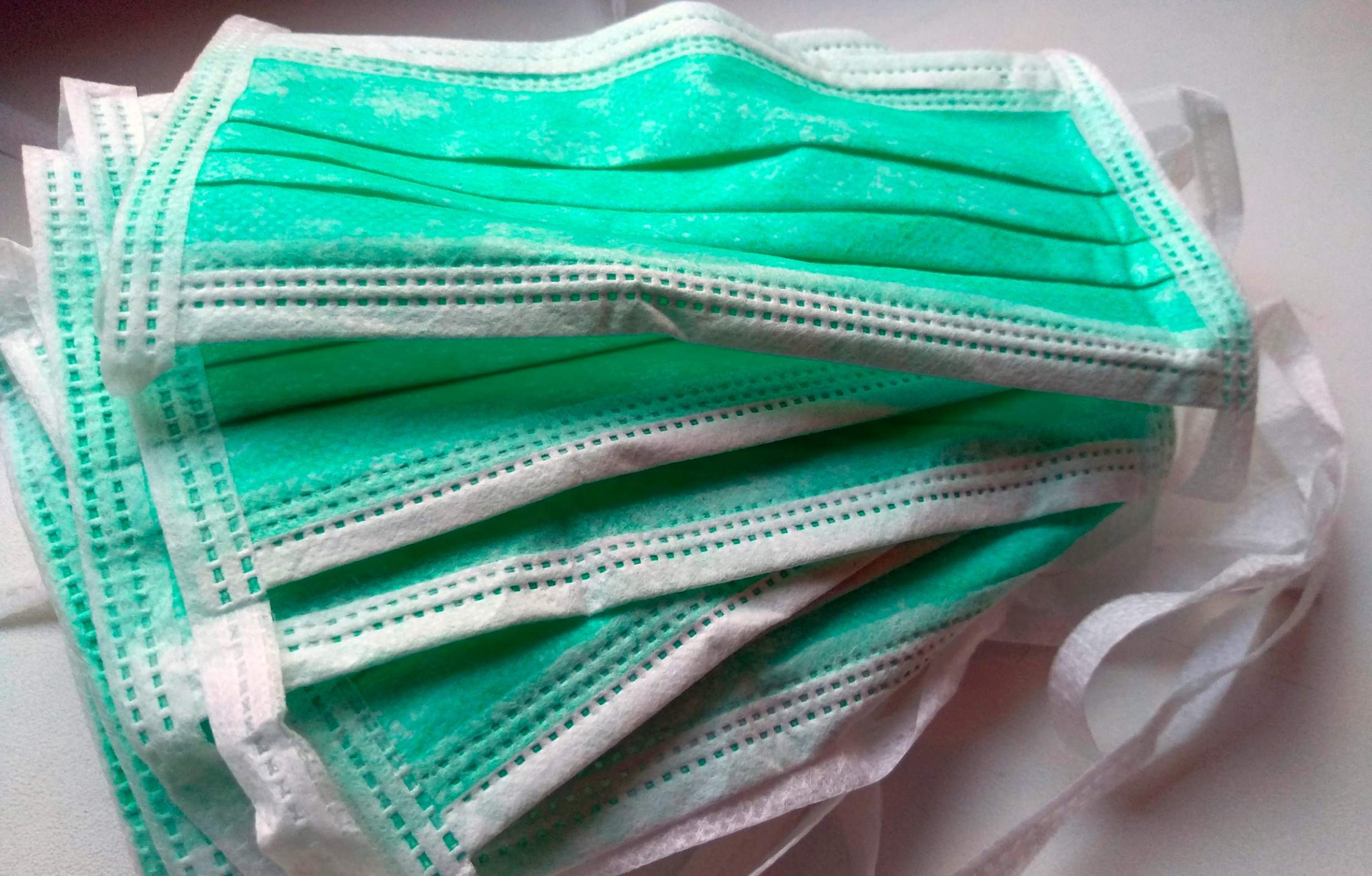 According to its website, the OSG operates 130 campuses with 2,500 staff across 21 countries. It says that “the School is generously supported via the donation of time and financial support by the Plymouth Brethren Christian Church”. Former teachers have alleged that they were required to tolerate bullying, racism and homophobia. In addition, the religious group owns many gospel halls up and down the UK.

Byline Times has uncovered about a dozen connections between trustees listed amongst this school and church network, who also appear to be directors and shareholders at companies awarded PPE and ventilator procurement contracts by the Department of Health and Social Care (DHSC).

Unispace Global Ltd was awarded a more than £108 million contract on 16 May for garments for biological or chemical protection. According to Companies House, Gareth Hales has significant control of the company and records an Australian address. He is the son of Exclusive Brethren world leader Bruce Hales. In January this year, he was accused of assault by two former members on a public street next to his father’s mansion in Australia, where he lives next door.

Another company called Tower Supplies, based in Dorset, appears to have been awarded more than £40 million in two contracts to supply PPE. One contract was concluded on 24 April this year, the other ended just a day later. Charlie Aris is the CEO at Tower Supplies, according to his Linkedin profile. He did business training with UBT and, before that, attended Wilton Park School in Salisbury, which was part of the Brethren network.

In April, Techniclean Supply Ltd was awarded a £20 million contract to provide Type IIR face masks. Techniclean Holdings Limited owns more than 75% of the shares, and Micheal Wyatt Barter is a director, with more than 25% of shares and voting rights. Barter is linked to Tim Browning, a director at both Techniclean companies, who sits on a number of schools and trusts run by the Brethren network, including OSG.

Charles Allen Campbell is a trustee at The Bloomhill Trust, another OSG member. The same person is also named as a director at Blueleaf Ltd, a company that was incorporated in 2011 for non-specialised wholesale trade. It was awarded a £4 million contract to supply PPE to the DHSC in May this year.

Two other companies with links to the OSG network include Denka UK Ltd. It won a £348,000 contract to supply Type IIR masks to Derbyshire County Council. Andrew Cookson is a company director and is listed as the regional principal at The Focus School York, according to its prospectus. The Focus Learning Trust, that runs the schools, is affiliated to the Brethren.

Accora Ltd won a £248,000 contract to supply hospital beds to NHS Scotland. Company director Samuel Drake holds the same role at OneBus Ltd, which is partly controlled by the Focus Learning Trust, which is a precursor to the OSG.

According to the Charity Commission, Greenfield Gospel Hall Trust is part of the Brethren network. Trustee Charlie Leflaive has significant interests in a company called ToffeIn Ltd, which was awarded three contracts worth more than £4 million.

In addition, Oska Care Ltd was awarded a £338,000 contract to supply manual ward beds and mattresses to SEC Hospital in March. Director Garth Woodcock is also a director at Unispace Scotland Ltd, which appears to be part of the Unispace Global Ltd network.

Another director, Gary Critchley, holds the same position at Plymouth Brethren Christian Church Ltd. Woodcock is also a director at Orcagel Company Ltd which was only incorporated in March this year. It was awarded a £416,000 contract to supply PPE to Leeds City Council.

In addition to the £177 million in contracts above, two contracts worth more than £107 million were awarded to Clandeboye Agencies Ltd to supply PPE to the DHSC. Nicholas Walker is listed as a director of the company with an Antrim address. Meanwhile, a Nick Walker is named as a trustee of OneSchool Global UK Knockloughrim Campus, which is part of the Focus Learning Trust. The Trust was rebranded into the OSG network in April last year. Though the company confirmed to Byline Times that a ‘Nick’ Walker is a director, the school has not not replied to inquiries to confirm whether the same Nick Walker is a trustee. That said, there are connections between the Nicholas Walker named on Companies House and the fellow trustees of OneSchool Global Knockloughrim.

The Fulmer Education Trust is also part of the OSG network and among its trustees is Ross Robertson. Meanwhile, a Ross Robertson is the director and shareholder at Medco Solutions, which was awarded more than £10 million in two contracts to supply face masks and garments for biological protection.

Byline Times has attempted to contact every company, gospel hall and school to confirm the associations of the individuals named above but, as it has discovered with previous procurement contracts, many of these businesses appear to exist on paper only.

While some connections therefore may be coincidental, there is a sufficient number of confirmed links to ask why an organisation with so few members should be associated with such a large volume of PPE contracts.

Lobbying and Links to the Conservative Party

In 2017, after an extensive lobbying campaign, the Plymouth Brethren struck a deal with the charities watchdog, the Charity Commission, to overturn an earlier decision to refuse the group charitable status in a test case.

The Conservative MP Peter Bone supported the church’s position and even tabled a motion in Parliament aimed at amending the Charities Act to restore the presumption that all religious groups are for the public benefit and therefore can be charities. Conservative MP Charlie Elphick also accused the Charity Commission of trying to suppress religion in this case.

This is one of many examples of the group’s lobbying activities, that have seen it able to mobilise the support of hundreds of MPs and raise millions of pounds.

In 2015, Brethren members followed Charity Commission officials during a dispute over the Preston Down Trust. The regulator then received more than 3,000 letters from church members and more than 200 letters from MPs, and The Times alleged that “Charity Commission officials were followed to unrelated events by Brethren members”.

In 2013, former Conservative MP Amber Rudd visited the church in St. Leonards-on-Sea and an investigation by The Times found the group attempting to influence British politics by providing Conservative MPs with election support. Robert Halfon, Michael Ellis and Fiona Bruce all received support or attended social events hosted by the group.

The church told Byline Times: “Plymouth Brethren meeting halls are only ever used for their intended charitable purposes and never for business networking or discussion. Each Gospel hall trust is autonomous and is run by its own board of trustees. None of our meeting halls have been used since 17th March owing to the current covid situation.

“There are approximately 20,000 members in the UK and many of these are volunteers for the Rapid Relief Team which is a global charity supporting communities in times of need. Some members’ children attend schools run by One School Global and Focus Learning Trust. There is no legal or pastoral connection between the Church and the businesses that members run.”

Given considerable concern about the billions spent on PPE contracts during the Coronavirus crisis without competitive tendering – much of which appears to have gone to Conservative friends and donors – this new revelation suggests an ever narrower sectional interest when it comes to public funds.