The market for healthcare technology is growing massively, with market analytics reports like this one, which emphasise the ‘massive growth’ in the ‘AI medicine software market’. This technology is backed by Government ministers, like the Secretary of State for Health and Social Care, Matt Hancock, who seem to look at technology as a silver bullet to all sorts of healthcare problems such as rising costs of medical professionals and an ageing UK population.

Among the ‘top players’ profiled is a British company called Babylon Health. Babylon Health’s founder, the former investment banker Ali Parsa, previously founded hospital operator Circle Health, which was the first private company to run an NHS hospital in 2011. Parsa stepped down as CEO in 2012, and Circle backed out of this contract to run Hinchingbrooke Hospital in 2015, with the GMB Union saying that the contract was “a disaster waiting to happen”.

An app isn’t a person, and a privatised service isn’t a public one

In 2014, Parsa founded Babylon Health, which has since become a unicorn startup (now valued over $1 billion). The attractions of future profits must be a big draw, as Babylon has consistently lost money in every financial year it has submitted accounts, with their 2018 accounts revealing a loss of £66.7 million.

Nevertheless, it now has “170 global partners across the UK, US, Canada, APAC, Rwanda and Saudi Arabia”, according to a recent interview with Catherine Allan, Associate Director of CRM at the company.

The impact of the Coronavirus pandemic is likely to provide more impetus to the growth of Babylon and the wider sector. Health Secretary Matt Hancock, who was criticised last year after appearing to endorse the company by appearing in one of its adverts, has stated that he wants all GP consultations to be done digitally.

Boris Johnson’s chief advisor Dominic Cummings also had a role as an advisor to the company until September 2018. Cummings wrote on his blog in 2019 that he wanted to leverage “how the NHS is structured” to collect data on the UK population (such as genome sequencing), which will “help British advanced technology companies in genomics and data science/AI”. There would almost be a charming naivety to this idea if the potential problems with collecting tons of health data were not so obvious.

When Babylon’s products were rolled out in Canada in 2019, one doctor pointed out that users were agreeing to have their data transferred outside of the country where it “may be accessible by foreign government agencies”.

In the UK, huge questions remain over who will have access to the data collected by Babylon, and what it could be used for in future. In March, the UK government’s Shared Business Services department awarded a ‘public engagement’ contract “to understand how participants assess public benefit in the use of health and adult social care data for purposes beyond direct care.”

THE AI SUPERSTATE Part 1The Corporate Money Behind Health Surveillance

While the promise of digital triage and online GP health consultations may sound great, there are some serious issues with making these services work well, and when they go wrong, side effects may include incorrect diagnoses, leaks of private data, and the irreparable privatisation of core public services.

Babylon Health is one of the most intriguing companies to have won contracts as part of the Coronavirus response. This is because their COVID-19 diagnosis services have been commissioned as extensions of contracts which were signed with NHS Foundation Trusts before the pandemic began.

Details of Babylon’s contracts with Birmingham, Royal Wolverhampton and Royal Berkshire NHS Trusts have been published in the medical press, but not on the UK or EU contracting websites, meaning that we don’t know how much these contracts are worth.

Another contract with Hammersmith and Fulham Clinical Commissioning Group has been ongoing since 2017. Adverts for the service it provided at the GP surgery it runs in Fulham were ruled misleading by the Advertising Standards Authority, for suggesting patients could book an appointment with a GP ‘within seconds’, without mentioning that patients would have to deregister from their existing GP practice.

This contract also took advantage of a change to the law brought in by the Coalition’s NHS reforms, which allowed GPs to take patients from a wider catchment area. By encouraging mostly younger (and cheaper) patients to switch to Babylon’s Fulham GP surgery, the practice attracted 36,000 people, far higher than a normal GP surgery. This led to other Clinical Commissioning Groups having to allocate funding to Hammersmith and Fulham, which reduced funding for Lambeth, Southwark and other CCGs. 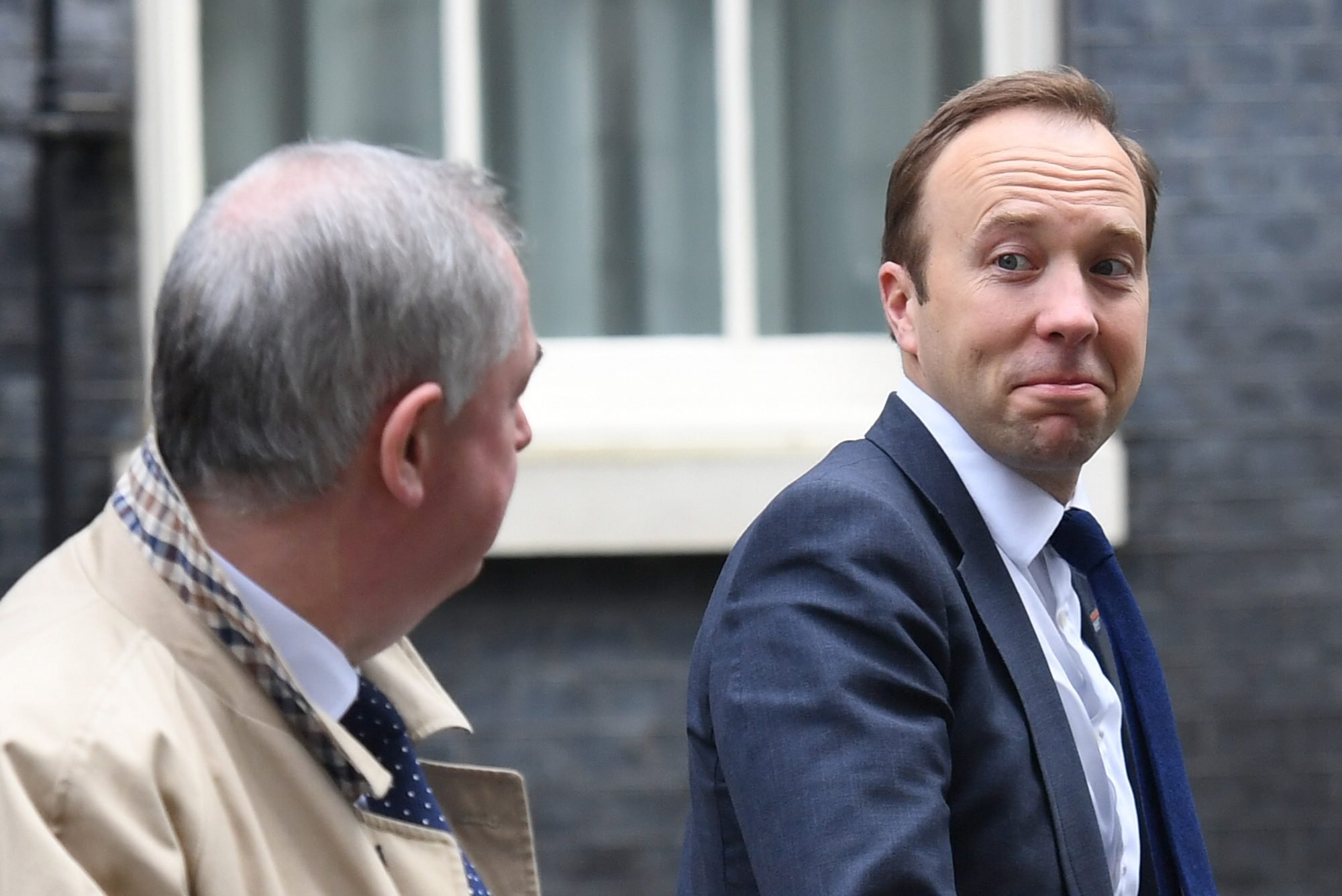 Royal Wolverhampton NHS Trust runs numerous GP practices, where Babylon’s services could reach up to 300,000 people. The contract lasts for 10 years, which prompted the BMA to state that it was “wary of contracts handed to the private sector that cover long periods of time”. Wolverhampton NHS Trust chief executive David Loughton stated that the contract would help mitigate the Trust’s staffing shortfall, which is expected to grow.

One thing that Babylon may have which helps them in emerging as one of the leading health tech startups are connections. Founder Ali Parsa certainly made some of those while working as Executive Director of Goldman Sachs’ European Technology Investment banking team, and previously at RBS, Meryll Lynch and Credite Suisse, where he was hired by Tory party donor Stephen Hester.

Parsa certainly seems to have attracted the confidence of investors, with the company now valued at over $2 billion, and with investors in their $550 million 2019 funding round including Saudi Arabia’s Public Investment Fund.

The Limitations of Tech

The promise of Babylon’s ‘AI-based health services’ is clearly attractive for an overburdened and understaffed NHS, but the technology has not always worked perfectly. Just this June, there was a data breach in Babylon’s GP video consultation platform, as a number of users found that they had access to dozens of videos of other patients’ consultations.

Safety regulators have also raised concerns about Babylon’s diagnosis app, and a November 2018 review by The Lancet found that “Babylon’s study does not offer convincing evidence that its Babylon Diagnostic and Triage System can perform better than doctors in any realistic situation, and there is a possibility that it might perform significantly worse.” A recent study at the University of California highlighted how training algorithms using imprecise medical data can lead to faulty diagnoses.

In October 2019, The Sunday Times revealed that Babylon’s app was likely to diagnose men with having a heart attack, but women with a panic attack, when the same symptoms were entered. Women are 50% more likely to be misdiagnosed when having heart attacks, according to the British Heart Foundation, and so it looks like Babylon’s technology could simply be repeating these assumptions, with the drawback of not having a real doctor doing an in-person diagnosis which might be more likely to correctly diagnose a heart attack.

As much as Matt Hancock may want to believe that impressive-sounding claims about AI technology are a cure-all for the problems his party has largely created in the NHS, it’s clear that this technology is far from perfect, and at worst could cause harm. A doctor is bound by the hippocratic oath. An AI is bound by the data that’s gone into its algorithm, and if that data is partial, or prejudiced, then so will the software.

Ali Parsa has previously asked: “Why couldn’t Babylon be a patient’s NHS GP?” The answer to this should be obvious. An app isn’t a person, and a privatised service isn’t a public one.