Defying the Coronavirus pandemic, women gathered on the streets of Bratislava, Liptovský Mikuláš, Banská Bystrica, and Košice in Slovakia, on 7 July, protesting the latest attack on their reproductive rights.

The women wore protective face masks and carried placards demanding that the Government not introduce restrictions to abortion law that threaten their freedom.

Attendees were encouraged to carry wooden spoons and other kitchen equipment to “make the most noise and prepare messages for the powerful people who try to control our bodies and lives so they know we have something to say,” according to co-organisers Možnosť voľby.

The protests came as the Slovakian Government debated new legislative proposals to inhibit women’s access to abortion. Abortion is currently available in Slovakia on demand up to 12 weeks, and then in cases of threat to life.

A similar attempt to restrict abortion failed in December 2019. However, when the 2020 elections in February returned a record number of conservative politicians to the nation’s Parliament, it enabled this renewed attack on women’s rights.

A coalition of women’s groups called ‘We Won’t Be Silent’ was behind the protests. “It is really dangerous what the anti-choice parties are doing,” says Elis, who organised the Bratislava event. She believes that the anti-abortion discourse in Slovakia is “creating a very dangerous environment by saying that women who need an abortion are not good women”.

Two of the legislative proposals were submitted by the far-right People’s Party Our Slovakia (L’SNS) – the neo-Nazi leader of which, Marian Kotleba, called abortion a “holocaust”. The first proposal seeks to reduce the current upper time limit for abortion on demand from 12 to eight weeks. The second goes much further: banning abortion in all cases except rape and incest, foetal abnormality, or threat to the mother’s life. 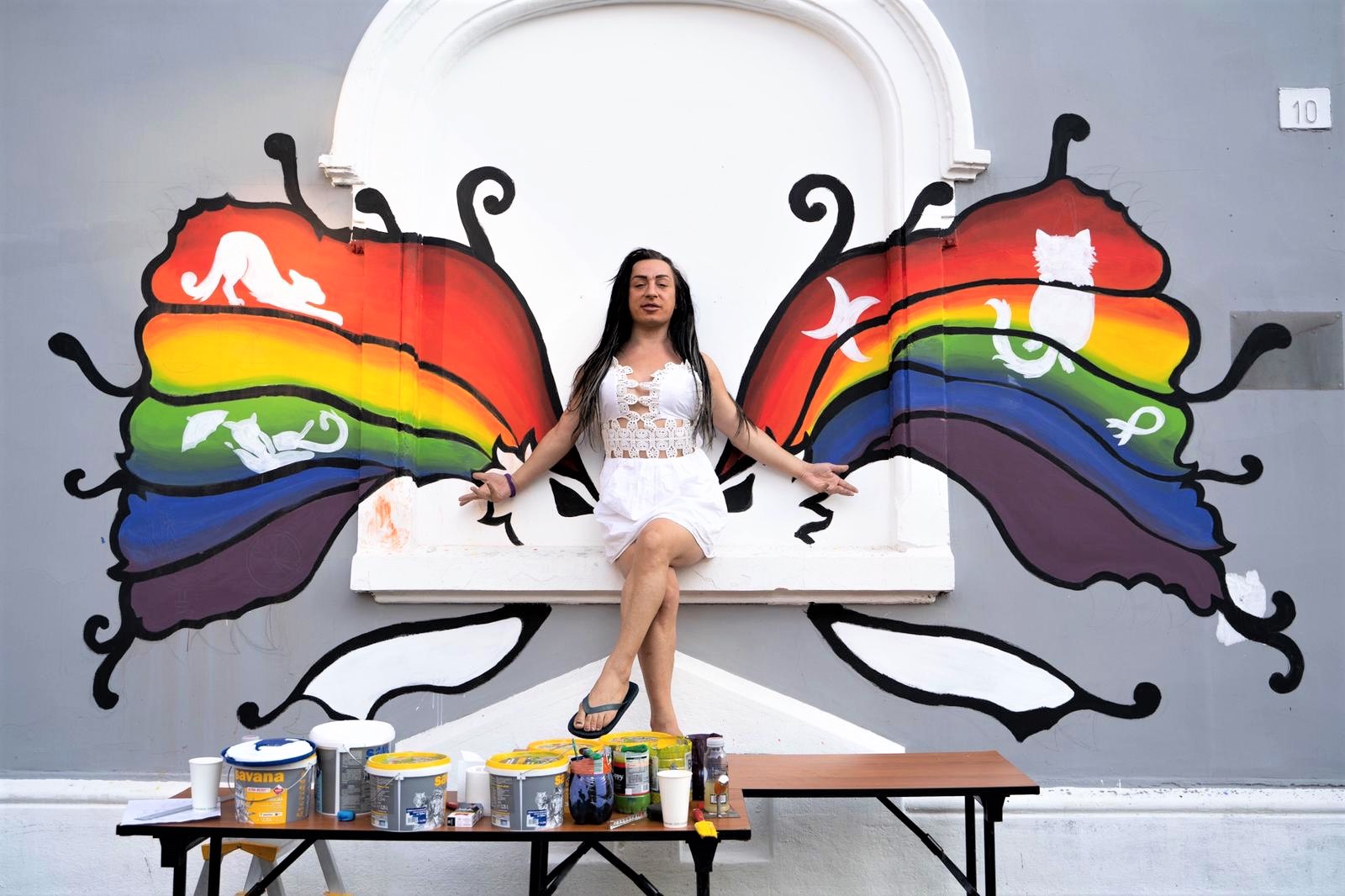 The Latest Battle for the Future ofRomania’s LGBTIQ Community

17 MPs voted in support of the L’SNS proposals during the initial July debate, representing a concerning willingness from mainstream religious conservatives to ally with the far-right when it comes to restricting women’s rights.

“I was surprised when so many MPs from other parties voted for Kotleba’s proposals,” Elis says. “Because they usually don’t want to be accused of a connection with a neo-Nazi Party.”

“Kotleba became mainstream,” explains Zuzana Kriskova, co-author of the ‘Women-Mothers-Bodies‘ reports and chair of the women’s rights group Women’s Circles. “Abortion is very important to the conservative politicians who believe they need to run the country according to their religion-driven ideology. They are doing everything they can to control women’s lives. So it became easy for them to vote with the far-right, and say they are doing it for a greater good.”

“The anti-choice and far-right movements strengthen one another,” Elis says. “They have this crusade against so-called ‘gender ideology’. This and the anti-abortion agenda connects them because they want to have control. Of course, their reasoning is based on different grounds – the far-right mostly take a nationalist opposition to abortion, while the conservatives oppose abortion mostly on religious and moralistic grounds.”

It is unlikely that Kotleba’s proposals will become law, but by pushing for an extreme ban, Kriskova argues that the far-right is normalising anti-abortion discourse in Slovakian society. This normalisation creates an atmosphere in which the public is encouraged to agree to a compromise that protects against an outright ban, while losing some rights.

“But what is the compromise?” Kriskova demands. “On the one hand, you have people who want to ban abortion. On the other, you have the recognition that women are people. Women have human rights. And those rights include access to healthcare which means access to safe abortion.”

“Women have a right to dignity, to bodily autonomy, a right to privacy, and to informed consent,” she continues. “The compromise in this case means that we will sacrifice the most vulnerable groups of women – including women living with violent partners and women from low income households.”

The compromise option is represented by the threats to women’s reproductive justice coming from Christian Union Party MP Anna Záborská. She has put forward a range of proposals that will erect new barriers, making it harder for women to access safe, legal abortion.

“A lot of the changes are very ambiguous which is very dangerous,” Elis says. “Ultimately these politicians want to ban abortion – they want to make the changes to lead to this outcome. So they are trying to do it bit by bit with these proposals.”

One suggestion from the conservative right is to introduce the legal term ‘unborn child’ which, Elis fears, “will give the foetus equal protection as the pregnant woman or pregnant person”. Other countries with similar laws offer a terrifying precedent. She asks: “Will this mean putting doctors and women in prison? Or forcing women to give birth?”

Záborská wants to increase the so-called ‘cooling off’ period between requesting and having an abortion from 48 to 96 hours; enforce greater data collection on why women are accessing abortions; and introduce a ban on advertising abortion services. The latter move risks leaving women vulnerable to being targeted with disinformation from anti-abortion groups.

The far-right mostly take a nationalist opposition to abortion, while the conservatives oppose abortion mostly on religious and moralistic grounds.

“The whole concept of a cooling-off period is problematic because it says women or pregnant people aren’t competent to make decisions,” insists Elis. “And this is bad for women’s mental health.”

Záborská denies that her bill would bring a ban or radical limits to abortion. This is disputed in an open letter to the National Council Of Slovak Republic from the ‘We Won’t Be Silent’ coalition, which claims that the proposals are in “conflict with the international human rights obligations of Slovak Republic” and “create fundamental obstacles in women’s access to safe abortions”.

The backers of the anti-choice proposals claim that they will “support women” and reduce the number of “evil” abortions.

But, if you really want to help women, Kriskova insists, then “you can’t make reducing the number of abortions your goal. You need to make sure people have dignity, have enough money for their children, have access to education, to healthcare, protection against violence – then there will be a situation where you have fewer unwanted pregnancies. But, even then, women will still need to have access to abortion.”

It has now been two years since far-right and conservative MPs introduced the first restrictive proposals after a long period of leaving abortion legislation alone. Since then, the feminist resistance to attacks on abortion rights has grown.

“We are creating a network of other grassroots groups and individuals too,” Elis explains. “And we don’t want to just react to attacks on abortion. We are connecting the pro-choice movement to other causes, including racial, social, gender and class equality. We want to connect all these causes.”

For Elis and her colleagues, the fight continues. The proposals are now at committee stage in the Slovakian Parliament and will be voted on again in September.