Just a week after the Government announced it was resuming arms sales to Saudi Arabia, the committee which oversees business appointments for former ministers (ACOBA), quietly revealed that the ex-Chancellor Philip Hammond will take up a job with the Kingdom’s finance minister.

Hammond will be paid as a part-time advisor as the country prepares to host the G20 Leaders’ summit in November. He told the committee that his advice would focus on the digital taxation agenda (the taxation rules for taxing digital giants); and the economic consequences of COVID-19 and post-virus economic recovery, according to documents.

A former Chancellor providing tax advice to a foreign government may seem innocuous, but his appointment is the latest high-profile example of a committee that does not have the power to stop the ‘revolving door’ of ministers taking well-paid, high-profile jobs in sectors and policy areas in which they used to legislate.

The former Conservative MP for Runnymede and Weybridge, Hammond stepped down at the 2019 General Election, having spent nine years as a Cabinet minister, including as Defence Secretary and Foreign Secretary, before becoming Chancellor even after he accused the Conservative Party of no longer being “tolerant”.

However, it would seem that he has no problem working with a regime which has waged a five-year war in Yemen, resulting in more than 18,400 civilians killed or injured by Saudi Arabia and its Gulf allies since they launched a bombing campaign in 2015, to oust the Iran-backed Houthis and restore the Government.

Nearly a third of all Gulf coalition air raids on Yemen have hit civilian targets including hospitals, schools and food stores, according to the Yemen Data Project. More than 8,600 people – a quarter of them women and children – were killed across tens of thousands of raids, marking 70% of the total civilian death toll. 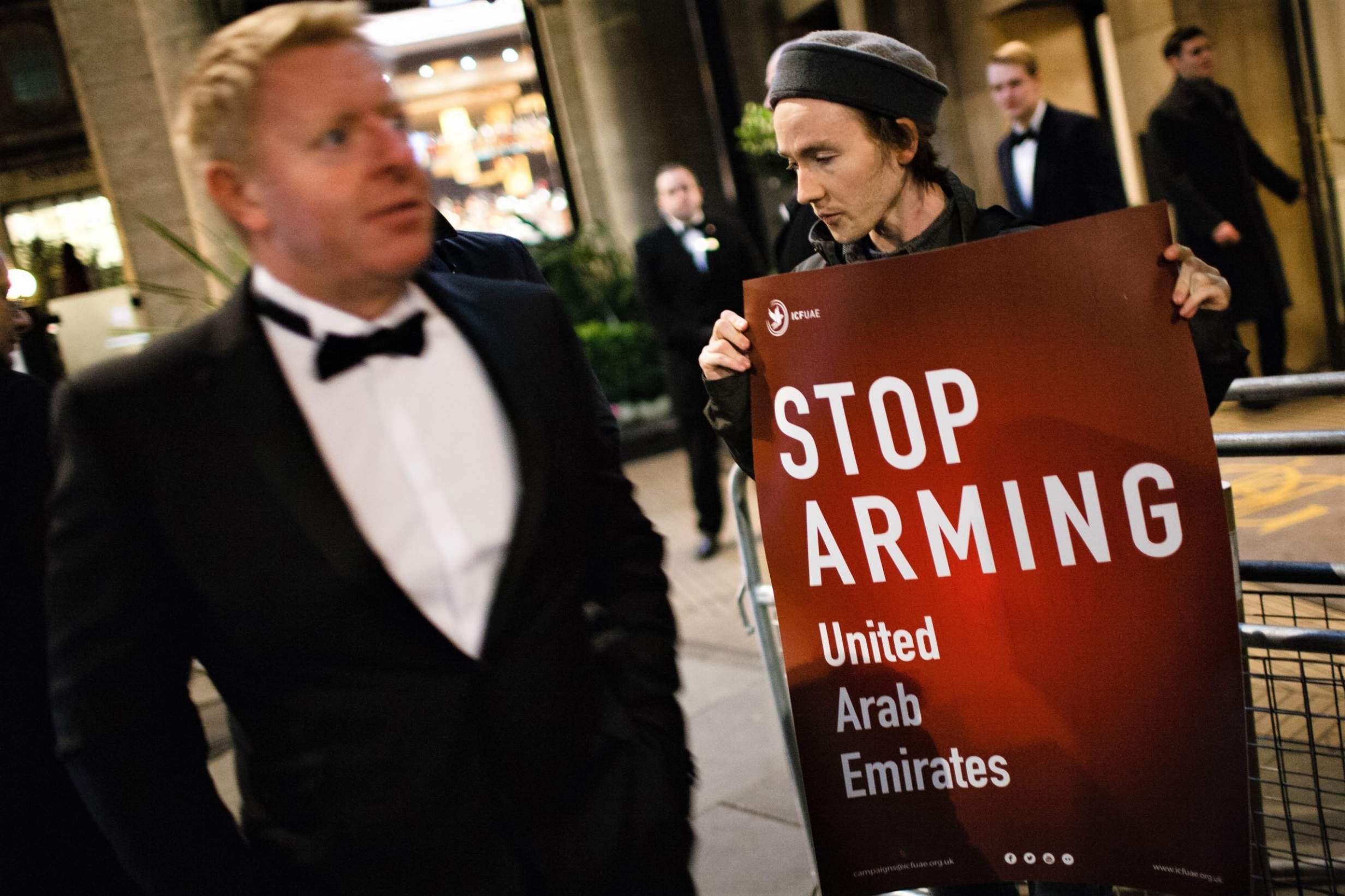 The London Dinner Oiling the Wheels of the Global Arms Trade

The Campaign Against the Arms Trade has previously suggested that the figure is likely to be much higher as “most bombs and missiles being licensed via the opaque and secretive Open Licence system”.

British arms manufacturer BAE Systems, has sold £15 billion worth of arms and services to the Saudi military alone during the last five years. BAE’s role in the conflict is significant as the company met 16 times with Hammond during his various roles as a minister between 2012 and 2017.

According to Transparency International, the company has had more meetings with Government ministers than any other organisation. Since 2012, it has secured 179 audiences on topics such as Hawk jet exports to Kuwait and the sale of Typhoon aircraft to Qatar. BAE even met then Trade Secretary Liam Fox to discuss the UK Government response to the killing of journalist Jamal Khashoggi, and the company’s Saudi interests.

The Kingdom is suspected of brutally killing the vocal critic of the regime in 2018 and also regularly persecutes Government critics and tortures and beheads the accused. None of this seemed to matter to ACOBA who approved the new position. Although it asked that Hammond not be “personally involved” in lobbying the Government, it said that “would not prevent” him from having contact with the UK Government on behalf of the Saudis.

The Cabinet Office also said it hopes that Hammond, as a former minister, will “act in the UK’s national interest”. The resumption of arms sales to Saudi Arabia provides some indication of where that national interest lies.

“There is not a clear risk that the export of arms and military equipment to Saudi Arabia might be used in the commission of a serious violation of international humanitarian law,” said the Government after easing arms restrictions. Yet, within nine days of the arms ban being lifted, a further 29 civilians died in such airstrikes in Yemen, according to the Yemen Data Project.

In 2015, Hammond failed to deny claims that Britain helped put a country with one of the world’s worst human rights records on the UN Human Rights Council through secret vote-trading. In the same year, he came under fire as Foreign Secretary in 2015 after he accepted a watch worth nearly £2,000 from a Saudi businessman, despite a ban on ministers accepting expensive gifts.

He also visited the country in July last year as Chancellor, in an attempt to promote economic and social reform. During the taxpayer-funded trip, he met the minister of finance who would later offer him a job. 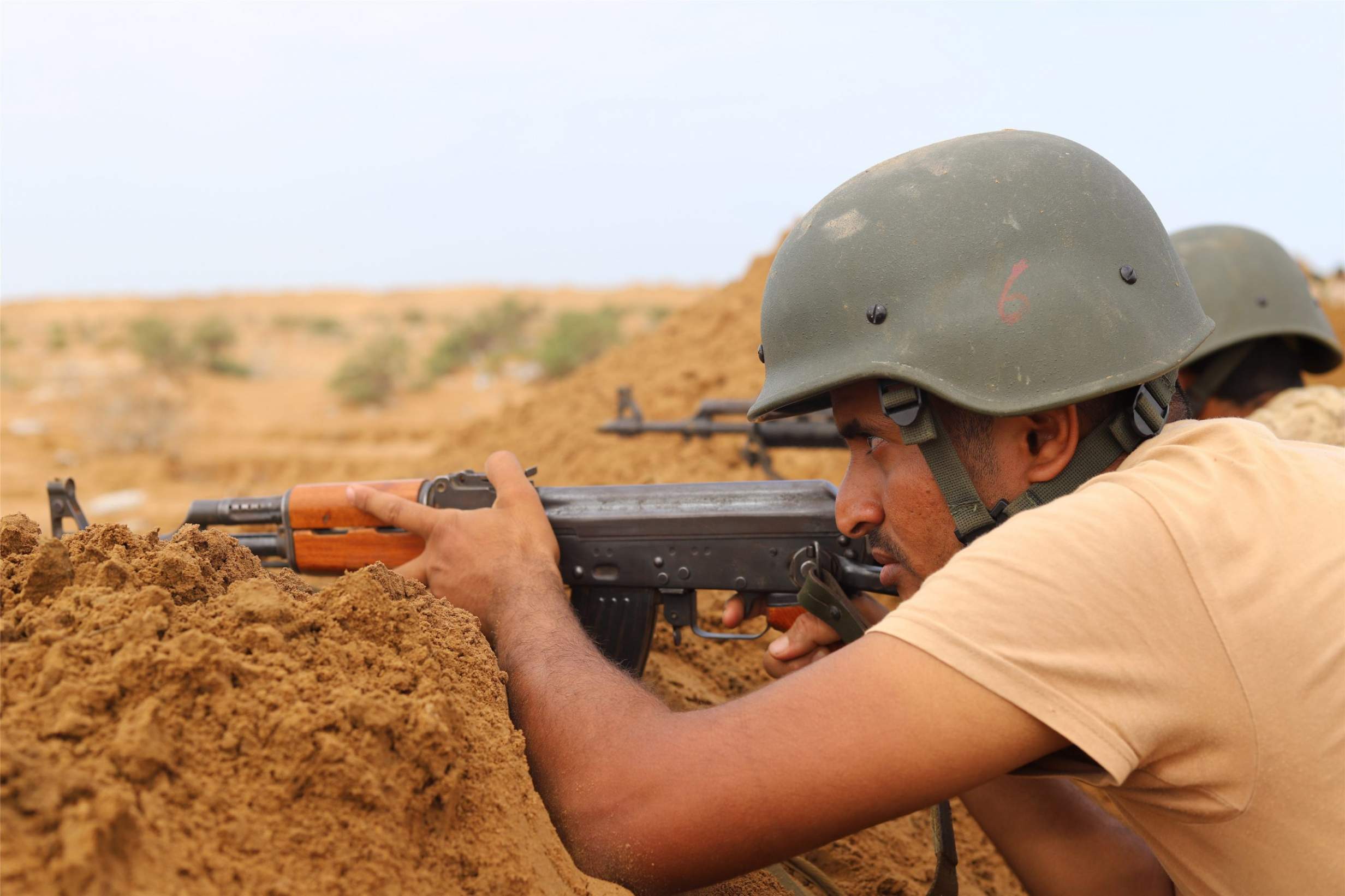 Tamasin Cave of Spinwatch, an organisation that investigates PR, lobbying and power networks, said: “Unlike many former politicians who land high paid jobs because of their insider knowledge and contacts, it seems in this case Hammond is being hired for his expertise. But too many of our legislators, both former and current, are paid by foreign governments and corporate interests because of who they know and the committee seemingly has no powers to stop them.

“Now more than ever we need to trust that our politicians will put the public interest first, which means putting a stop to the revolving door.”

A spokesman for Philip Hammond told the Spectator: “Saudi Arabia currently holds the rotating presidency of the G20 and he is advising the Saudi finance minister in that context. The G20 has a vital role to play in preparing the global economy for post-Covid recovery – ensuring the recovery is as inclusive as possible.”