A senior executive at the Mail on Sunday (MoS) knew about an electronic eavesdropping operation into Simon Hughes, who was a Liberal Democrat MP at the time.

MoS Associate Editor Chris Anderson was in email contact with Greg Miskiw, a freelance journalist who specialised in selling stories based on phone hacking. Miskiw had paid private investigator Glenn Mulcaire to listen to Hughes’ voicemails, along with those of a man suspected to be in a relationship with the then MP for North Southwark and Bermondsey. Miskiw reported the findings back to the Mail on Sunday.

Both the Mail on Sunday and Anderson have denied commissioning any phone hacking, or knowingly buying any illegally-obtained information from Miskiw.

However, Miskiw told Byline Investigates: “On behalf of the Mail on Sunday, I asked Glenn Mulcaire to use ‘dark arts’ on Simon Hughes, in order to track down any boyfriend that Hughes may have been seeing – it was a fishing exercise.

“My contact at the Mail on Sunday, an executive in the editorial team, knew that the methods used were illegal.

“Blag calls” are phone calls made to a target under a false pretext to illegally obtain personal and/or private information by deception – a criminal offence since at least 2000.

Phone hacking is the term used to describe the interception of voicemails, and has also been a criminal offence since 2000, under a different law.

Itemised phone bills contain extensive private and sensitive information, and obtaining them (by blagging, usually) without authority has been a criminal offence since 1995.

“Pinging” is the name given to a form of location tracing which pinpoints a target’s mobile phone signal by calculating its proximity to the nearest cell masts, and is illegal.

As we reported here, Hughes – who served as Lib Dem Deputy Leader from 2010 until 2014, and Minister of State for Justice and Civil Liberties from 2013 until 2015 – was first blackmailed into coming out by The Sun, who paid a different private investigator to fraudulently obtain his itemised phone bills.

A third newspaper – the now defunct News of The World – also joined in the illegal free-for-all, and was successfully sued by Hughes in 2011. Byline Investigates understands that, until recently, Hughes was unaware of the actions of The Sun, and did not know about the Mail on Sunday hacking either, until contacted by our reporters. The intrusion by three Fleet Street newspapers into his private life caused the former MP great distress.

The involvement of the Mail on Sunday in the phone hacking of Hughes is highly significant, as the paper’s editors have previously denied on oath that the practice ever took place. Byline Investigates has revealed how the Mail’s denials of wrongdoing made at the Leveson Inquiry were not correct, while our reporters exposed how the Mail on Sunday was also involved in the hacking of at least five other victims, around the same time.

Actress Sadie Frost and her nanny Jade Schmidt were targeted in a similar conspiracy, as were Ben Noakes and Nicky Taylor, a divorced couple who were hacked because they knew Heather Mills, the former wife of Sir Paul McCartney. Mills’ own voicemails, and those of her sister, Fiona, were also intercepted and her billing data ‘blagged.’

Hughes’ political and private life was shattered by the repeated intrusions of criminal private detectives, paid for by three of Fleet Street’s most powerful newspapers.

The ordeal began in January 2006, when the leading Lib Dem MP decided to run for the leadership of his party, following the resignation of Charles Kennedy. A private investigator firm called Express Locate International (ELI) is alleged to have obtained Hughes’ itemised phone bills, showing calls to a gay chat line, and supplied them to the The Sun.

Trevor Kavanagh, the senior Political Editor of The Sun at the time, then confronted Hughes, telling him that his paper had proof that he was gay, and forced him to do an interview with the paper to “get his side across”. Hughes reluctantly agreed to talk to the newspaper, after which The Sun ran a homophobic story about Hughes.

The News of the World followed-up its stablemate’s exclusive splash, using its in-house hacker Glenn Mulcaire to listen to his voicemails.

Greg Miskiw was a news editor at the now-defunct News of the World until 2005. He was convicted of interception and conspiring to intercept communications in 2014.

Finally, the Mail on Sunday joined in – also relying on Mulcaire’s hacks – but this time using middleman Greg Miskiw, who fed the information to the MoS via a separate line of communication.

On 25 January 2006, The Sun’s news desk instructed ELI boss Lloyd Hart to get them Simon Hughes’ itemised phone bill, so they could find out what numbers he was dialling. ELI has been found by a High Court judge to have been involved in the illegal supply of phone numbers for the purpose of phone hacking.

Coincidentally, the Mail on Sunday’s sister paper, the Daily Mail, spent £100k on ELI to carry out similar work, as revealed here.

Last year, Byline Investigates reported how a list of phone numbers, which had been dialled from Hughes’ landline, was relayed to The Sun news desk, which then passed it up the line to Sun bosses. Some of the data was private, and although there was no legitimate public interest in including the material in a national newspaper, it was potentially embarrassing for Hughes.

This data eventually found its way to Rupert Murdoch’s top political hitman Kavanagh. It is not known for certain whether the veteran lobby journalist knew that the tip had been illegally sourced, but ex-Murdoch journalists have told Byline Investigates that it is “inconceivable” that he would not have insisted on knowing the nature of the “proof” that he was putting to a leading MP, before running a high profile exposé under his byline.

Kavanagh used the call data as leverage to get Hughes to confess to relationships in the past with both men and women – something that Hughes regarded as a private matter. The Sun then published a homophobic front-page story – boasting of how it had outed the MP and falsely labelling him as gay.

Hughes later told the Leveson Inquiry that he believed that being forcibly outed undermined his bid for the Lib Dem leadership. 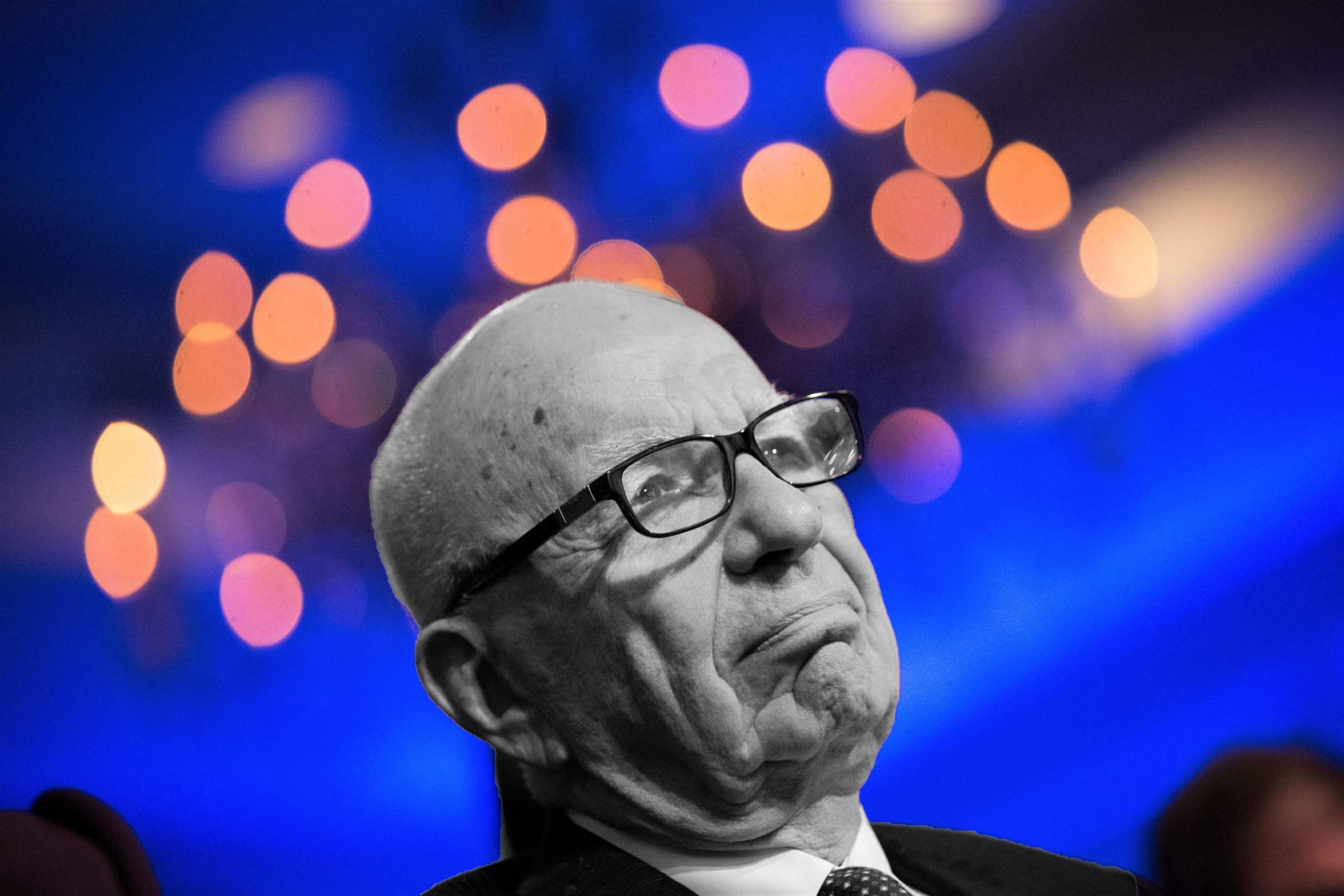 On the day the The Sun front page story was published, News of The World News Editor Ian Edmondson tasked Mulcaire to listen to Hughes’ voicemails. Mulcaire recorded the intrusion into Hughes’ Orange network account on a handwritten note on 26 January 2006 and – during the afternoons of 21 and 22 February 2006 – Mulcaire hacked Hughes a further four times according to Mulcaire’s own call data, later obtained by the police.

A month after, on 27 February 2006, the News of The World’s Chief Reporter, Neville Thurlbeck, also tasked Mulcaire with hacking Hughes. Thurlbeck and Mulcaire discovered that Hughes had repeatedly made calls to a woman, and suspected that Hughes was having an affair with this woman; their excitement piqued when they found out that she was married.

However, the assumption was completely wrong – the woman turned out to be a former work colleague of Hughes’.

A spokesman for the Mail on Sunday and Chris Anderson said: “This allegation – which relies on the word of a convicted phone hacker, without any corroboration – is utterly baseless and categorically denied. Neither Chris Anderson nor the Mail on Sunday has ever commissioned anyone to hack phones, nor have they ever knowingly used information that was illegally acquired by Greg Miskiw.”