The BBC has a problem with its flagship debate programmes, namely BBC 1’s Question Time and Radio 4’s Any Questions.

Balance in the selection of guests – and even audience members (in pre-Coronavirus times) has raised questions about impartiality and editorial standards. But it also raises wider issues about whether the BBC would better serve its audience if it spent less time listening to controversial ‘voices’ and more time establishing facts.

The corporation has always provided a forum for debate, often hosting arguments about important and controversial issues – indeed, that’s an essential part of what the BBC does. I remember covering Nick Griffin’s appearance on Question Time in October 2009, and interviewed protestors outside who were angry that the leader of the British National Party (BNP) was being given airtime. I sympathised, but disagreed with them.

Griffin had been invited onto the programme as the leader of a political party that had won seats in the European Parliament. I found his views repellent – like the vast majority of BBC employees, I suspect – but I felt it was entirely appropriate for him to have his views exposed and scrutinised. He was there to openly represent the BNP and there was no pretence that he was an ordinary member of the public.

In recent years, however, the programme has changed its approach. 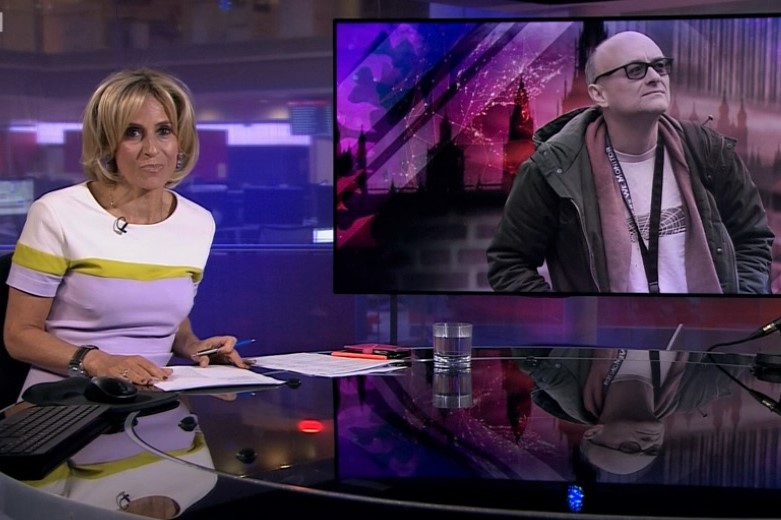 In this Age of UntruthBBC Journalists AreBeing Taken for a Ride

In order to ‘represent a broad range of voices’, it has seeded its audience with activists – often from the far-right. But these activists are not labelled as such and are presented as ordinary members of the public. Some have appeared in the audience several times and have been called to ask questions. They are also allowed to respond to panellists’ answers and these responses are often shared by the programme on social media – not as “this far-right activist said” but as “this member of the audience said”.

This of course misleads the wider audience into thinking that these are just ordinary members of the public and that their views must therefore be widely held, rather than being extremism expressed by activists linked to far-right causes.

This fundamental confusion starts with the BBC executives who commission the programme and ends with the large extended audience it gets by clips being shared online. In between, there is a production team from an independent company (Mentorn) that knows exactly what it is doing and either doesn’t care about the consequences or intends them.

Any Questions, Radio 4’s grown-up sister of Question Time, has not had the same studio audience-based issues. But it does appear to have a problem with its guest selection.

As a BBC trainee, one of my first jobs was working on North West Tonight, the Manchester-based regional news programme. It was a great place to learn, but I remember covering some very traumatic stories, with the IRA’s bombing of Warrington high on the list. The attack, in 1993, resulted in the deaths of two boys – Johnathan Ball and Tim Parry. It caused revulsion around the world, not least in Ireland, where the act was widely and vocally condemned.

One group that didn’t find it revolting was Britain’s Revolutionary Communist Party (RCP). Fox was a leading member of the far-left party which, a few days after the bombing, defended “the right of the Irish people to take whatever measures necessary in their struggle for freedom”.

During the 2019 European Elections campaign, Fox was pressed on this issue as Warrington was part of the constituency in which she was standing as a Brexit Party MEP. She again refused to condemn the murder of the two boys.

‘Voices’ are what BBC editors settle for when ‘truth’ appears just too difficult.

Later, she became a co-publisher of the magazine Living Marxism, which was forced to close in 2000 when the courts found that it had falsely accused ITN of faking evidence of the Bosnian genocide. As recently as 2018, Fox refused to apologise for suggesting the evidence had been faked.

While consistent in these positions, Fox’s political beliefs appear to have evolved from her self-proclaimed Trotskyism of the 1990s to being elected as a Brexit Party MEP in 2019. Nigel Farage, the party’s leader, was always vague about policy and even refused to publish a manifesto for the Brexit Party for the 2019 European Elections. Nonetheless, it is fair to say that it was not a party that could be described as ‘Marxist’ or ‘left-wing’.

Fox – long a favourite of Radio 4 programmes seeking ‘alternative’ opinions – appeared on Any Questions on 10 July. She was there to ‘balance’ the other panellists who consisted of Conservative MP Andrea Leadsom; Liam Halligan, an economist who writes for the Sunday Telegraph (and with whom the Prime Minister’s controversial chief advisor Dominic Cummings shared a flat in Russia); and centrist Labour MP Wes Streeting.

Fox could only be said to ‘balance’ this panel if she is regarded as being from the ‘left’ – which she clearly is not.

And, rather than being billed as a former Brexit Party MEP (a completely uncontroversial and undeniable description), she was described as “the founder of the Academy of Ideas”, which sounds nice and neutral – very Radio 4, in fact.

The academy’s website – adorned with renaissance paintings heading articles and videos about Diogenes and Nietzche – does contain lots of ‘ideas’. It proclaims that it is not linked to any organisation or university and that its goal is to  “spread the message of individual liberty and empowerment to the world”. Its slogan is “free minds for a free society”.

I would argue that the lack of transparency about the backers of this project and the repellent views Fox has refused to repudiate make her entirely unsuitable for a programme such as Any Questions. Using her to ‘balance’ a panel weighted heavily to the centre-right is absurd.

The show’s host Chris Mason tweeted in defence of the panel’s selection that “we strive over time for as broad a range of voices as we can; politically and geographically. Here’s a guarantee: there’ll always be opinions you disagree with. That’s the whole point”. 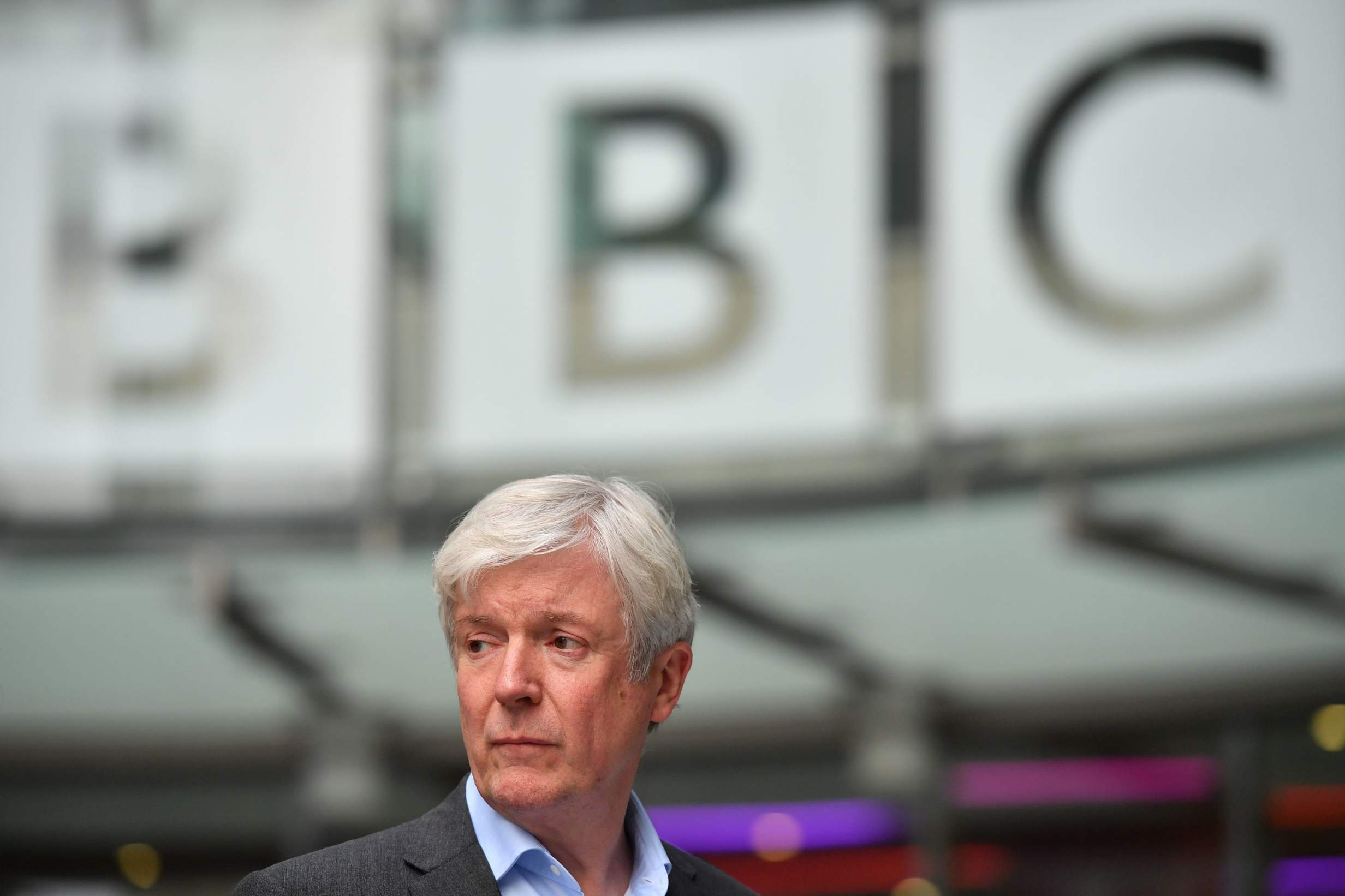 That is fair enough – except that is not what happened on this occasion. Claire Fox may prefer to remain vague about her affiliations, but she is no more of the ‘left’ than North Korea is a ‘democratic’ republic. This panel consisted of three right or far-right figures and a centrist. It wasn’t balanced.

Then there’s that word ‘voices’. ‘Voices’ are what BBC editors settle for when ‘truth’ appears just too difficult. Rather than dig down and actually find out the reality of an issue – something which requires resources, persistence and courage, they content themselves with a ‘he says this but she says that’ narrative. And there is no shortage of big-mouthed politicians and pundits available to spout nonsense on any given subject: they are happy to oblige just to get themselves on television or radio.

This problem also crops up through the process of ‘vox-popping’ to obtain the ‘voices’ of members of the public. These interviewees are not experts and often cannot be described as well informed. They don’t even have to be eloquent or articulate. They just have to have an opinion – and whether or not it has any basis in fact is entirely irrelevant.

This is something very rarely see on German television news, for example. German discussion programmes also involve serious people making serious, evidence-based points about important issues. They allow the audience to look at a topic in detail and make mature, intelligent choices based on facts.

Question Time and Any Questions, and indeed too much of the BBC’s political news coverage, are no longer about serious, balanced debate based on facts. They are about noise.

Telling the truth requires guts. I used to have fun watching BBC programme editors blanche when I told them they had taken a “brave” decision. They’ll do almost anything to avoid making them. It’s so much easier to amplify voices and opinions instead.