Remember the BNP? Back in 2010, the sound of distant jackboots could be heard as they racked up half a million votes in the General Election – more than any far-right party in British history.

It wasn’t enough to win it a seat in Parliament, but the British National Party secured dozens of local council seats and even had two Members of the European Parliament elected. All this was before its racist balloon was punctured by a sharp bout of infighting and the party’s high-flying leader Nick Griffin came crashing to earth via the bankruptcy courts.

Now the BNP is back. With help of the Conservatives, the undead ghost of the party has returned to haunt a city once hailed by Griffin as the “jewel in the crown”.

Behind the Red Wall

Stoke-on-Trent is poised to appoint former BNP councillor Melanie Baddeley as its Lord Mayor. The job is mainly ceremonial. You get to raise a few quid for charity while wearing a blingy chain of office in return for a year’s supply of finger food.

So far, so uncontroversial. But in a city already splintered along racial, religious and political lines, Baddeley’s election to the job is both symbolic and divisive.

“It’s like a slap in the face to black people and minorities here,” said Sarah Chevolleau, a Black Lives Matter organiser in the city.

Chevolleau, who describes herself as “a Stokie born and bred” argues that the city has a long history of racism, which persists today through institutions such as the police and the education system.

“I just don’t see how it could be acceptable for someone who’s been involved in that party to be Mayor” she adds.

Stoke-on-Trent is one of the “Red Wall” of historically Labour-supporting towns targeted by the Conservatives in the 2019 General Election. The fact that it now has three Conservative MPs reflects the deep disaffection with the status quo felt by many in the area.

There are pockets of serious deprivation. Traditional jobs in pottery, mining and steel-making have disappeared and been replaced by lower paid and more insecure employment.

Stoke’s population of 360,000 has also accepted a greater number of asylum seekers than the entire south-east of England – excluding London – because of a dispersal system that encourages landlords to seek properties in areas with the lowest rents.

Add to that the significant numbers of newcomers from eastern Europe in the early part of the century, as well as a growing Muslim population, and the circumstances in which right-wing malcontents traditionally thrive are there.

The BNP may have withered in 2011, but the fears and grievances which once secured it nine council seats haven’t.

UKIP muscled in and worked the area intensively, with its then leader Paul Nuttall unsuccessfully targeting Stoke-on-Trent Central in a 2017 Westminster by-election. He was clearly onto something. In the 2016 EU Referendum, Stoke was the most Brexity place in Britain, with seven out of 10 of its votes being cast for Leave.

Of course, not all Brexiters are racist, but it is axiomatic that most racists are Brexiters.

One community leader I spoke to – who didn’t want to be named – said “Stoke does have a significant challenge with race”. He pointed to the insularity of the six towns that make up the city, each with its own distinctive identity, and the lack of integration in daily life between people from different communities.

“You go to some parts of the town where you will almost only ever see a white face, and other areas where you see mostly Asian faces,” he said.

The statistics are damning. In the four years to 2017-18, hate crime doubled in the Staffordshire Police force area which covers Stoke-on-Trent – the vast majority of it racially motivated. 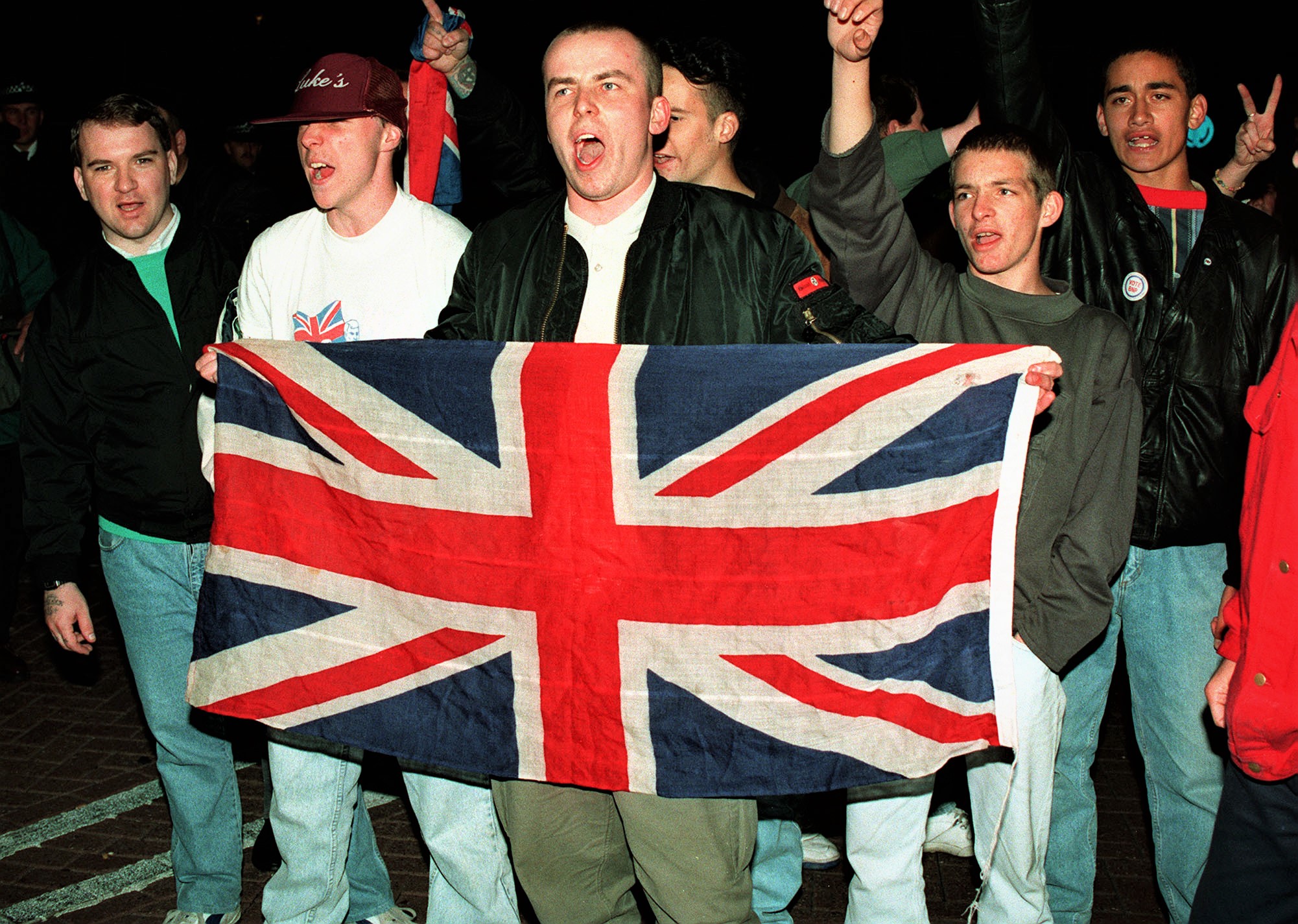 A Change of Heart?

Community activist Mark MacDonald questions how Baddeley’s appointment will make the city appear to the outside world, particularly in a post-Brexit era in which politicians tell the public that Britain needs to have a ‘global outlook’.

“We need investment, a plan of hope for a new and great future but this will never happen if we continue to have people in charge who hold backward-looking, offensive and vile views,” he said.

Quite what Baddeley actually believes, though, is a moot point. She lost her council seat when the BNP was wiped out in 2011 and was re-elected four years later under the banner of the City Independents, a curious grouping of non-aligned politicians who now hold the balance of power on the council. It wasn’t until last year that she moved to disavow her problematic past.

In a letter circulated to fellow councillors and the local newspaper, The Sentinel, Baddeley said that, when she first stood for the BNP, she “did not understand what they stood for”. She had been “naïve and made a mistake” and said that she had “fully renounced the BNP” in 2015.

Baddeley’s errors, however, were not mere follies of youth. She was first elected in 2008 when she was already 45 years old.

In 2010, she sat next to Nick Griffin at the national launch of the BNP’s manifesto which advocated the repatriation of minorities and called for the promotion of racial integration in schools to be outlawed.

She didn’t respond to requests for an interview, nor has she ever publicly explained how or when she came to realise that the BNP’s policies were wrong.

Jason Hill, of the local anti-racism group Norscarf, which has been running a campaign to prevent Baddely becoming Mayor, told Byline Times: “I don’t buy the story that she was naïve and didn’t understand what the BNP stood for. In her letter denouncing the BNP, she hasn’t told us what her current views are. She hasn’t said she isn’t a racist or she’s not an Islamophobe.”

This allegation of Islamophobia would certainly have been appropriate back in 2008, when the City Central Mosque was under construction. Baddeley, seeking election for the first time, vowed to have it pulled down if the BNP won overall control of the council.

Labour councillor Majid Khan, who now worships at City Central, said that the incident left a sour taste which Baddeley has never washed away 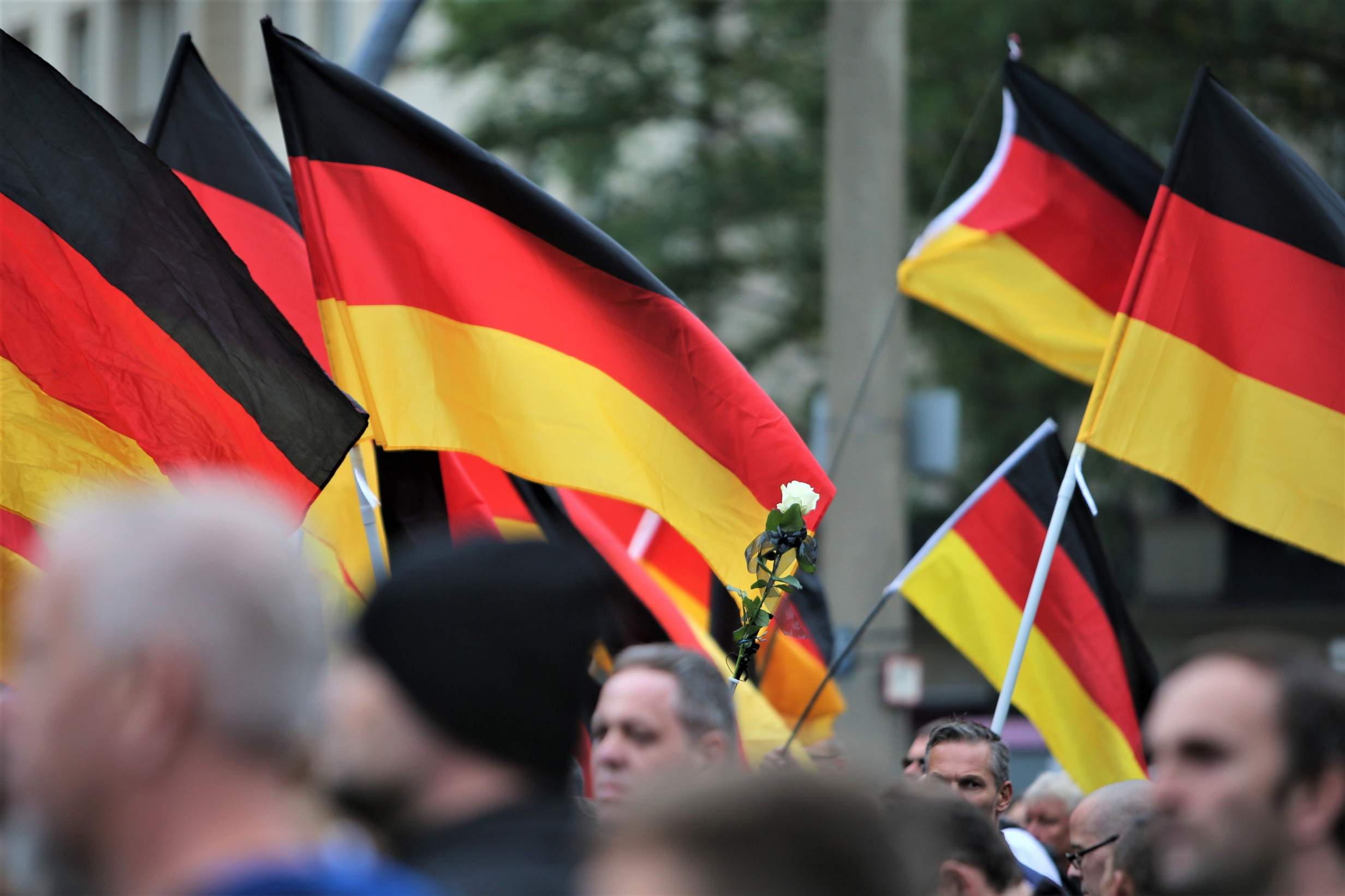 Constant Vigilance Germany Must Face Up to its Rising Fascism Now

So how did the city come to the brink of having a Lord Mayor who will be shunned by many of the people she is supposed to represent?

It is a question I wanted to put to the Conservative Leader of the Council, Abi Brown, but she did not respond to requests for an interview.

Other people with knowledge of the council have said that it all comes down to horse-trading between the Conservatives, who now run Stoke, and the City Independents whose support keeps them in power. Only last week, the current City Independent Lord Mayor Jackie Barnes was forced to apologise and refer herself to the council’s standards committee after sharing racist posts on Facebook.

In the autumn, she will be replaced by Baddeley, whose political history will sow yet more division in a city already bedevilled with internal discord and a negative reputation.

The BNP may be long gone but, in Stoke, it is sadly not forgotten.

After this article was published, Councillor Abi Brown, the Leader of Stoke-on-Trent City Council, responded to Byline Times‘ request for comment.

Rather than answering the questions put to her with regards to Melanie Baddeley’s appointment as Lord Mayor, she said that the city “fully supports Black Lives Matter and people’s right to protest against injustice and racism in a peaceful way”. She added: “As a city, we take pride in our multiculturalism, our diverse communities make our city stronger. We reject racism in any form… No one should suffer hate crime.”