‘To the Rich and Powerful, he’s Charming and Funny. To me, he was Sick and Cruel’Inside the Two-Faced World of PR

PR guru Paul Blanchard is quite clear about the trouble he is in: “I am the victim of a plot” – to destroy him and his reputation management business. Or so he claims.

The 45-year-old already has quite a reputation in the world of public relations – by my definition, a trade where people with money pay clever people to say nice things about them or make sure no one says anything nasty about them.

Describing himself as a “media consigliere for global leaders”, Blanchard – who has written for Forbes and CityAm – started life as an entrepreneur at the age of 17 by setting up his own computer business. Over the years, he has built up a PR and media business for high-value clients, written a book Fast PR, and created a podcast series in which he interviews the great and the good of journalism.

By happy accident, I met him five years ago for his Media Masters podcast after which he wined and dined me at The Ivy. I had enjoyed the podcast, lunch and had liked Paul.

All of this boils down to one ultimate truth: don’t do bad things.

As a PR guru, Blanchard has written often about crisis management and burying bad news. He says he has been involved in “dozens of legal reputational disputes” and compares tools of lawyers — NDAs [non-disclosure agreements], super-injunctions and legal threats — with the equally “impressive set of tools” in the PR arsenal. “The psychology of both sides is fascinating,” he wrote in Worth: “What do you threaten and when? How far do you go?… All of this boils down to one ultimate truth: don’t do bad things.”

Can it be that the PR guru has been hoist by his own petard?

One of his former employees, 24-year-old Madelaine Hanson, who worked for Blanchard for 14 months, says he owes her £29,350. Blanchard told The Times that Hanson stole a client and that is why the money was not paid. He says he is going to launch legal proceedings against her but she says she has done nothing wrong.

Another woman, Allie Dickinson, who also worked for Blanchard’s PR company, Right Angles, claims that he owes her £13,631 from April this year. Byline Times has seen emails to her from Blanchard. In one of them he says: “You have revealed yourself to be a terrible, nasty, vindictive person… I can cheer myself up in spending the money I had earmarked for you on something nice for myself.” Since those emails were sent, Blanchard told The Times he has agreed to use a mediation service to pay the money “she thinks she is owed” but Dickinson says she has received nothing to that effect.

Blanchard has said “it’s very annoying to have a couple of people obsessed with bringing us down”. But Byline Times has discovered that these two women are far from alone in claiming they have not been paid and that legal threats in response appear to be a stock in trade.

Helen Croydon was hired in 2018 as ‘director of delivery’– the most senior figure below Blanchard. She said: “It became clear very quickly that employees were scared of Paul and there was no business strategy or management procedure… In my third week he sacked someone via the public ‘Slack’ channel and then didn’t pay her (I know because I was CCd on her employment lawyer’s emails).”

I am genuinely going to the police at 10 am tomorrow. They will have to interview you under caution.

“When I finally left in March 2019, on moral grounds, he became paranoid I would steal his clients and told them that he was ‘going legal’ on me,” Croydon told Byline Times. “It was a horrible and very stressful period in which I had to seek legal advice.”

Croydon says that, during their dispute, Blanchard sent her abusive messages, calling her a “lying bitch” and “a thief” for stealing clients and company property. He messaged her: “I am genuinely going to the police at 10 am tomorrow. They will have to interview you under caution.” Blanchard’s former director of delivery told Byline Times she won a small claims court against him for £2,000 for non-payment of earnings “but despite the court ruling, he still has not paid this”.

A lover of the good life, Blanchard posts photos of himself tending his Ford Mustang and Tesla outside his fancy home in Buckinghamshire – galling to so many ex-employees and contract workers because they claim he owes them money.

David Franks, who worked for him for three months in 2012, said: “He’s driving around in a Tesla but he owes all these people a lot of money, me included. He’s a fraudster.”

Auguste Grecuite – who claims Blanchard owes her £3,500 from March this year – told Byline Times: “I’m really sorry that Madelaine is experiencing so much pressure from him, it’s really unfair given that she’s clearly the victim.”

Blanchard denies owing money to former employees and contract workers. He disputes the allegation that there is a pattern of non-payment. He says some of these people have been offered access to a tribunal in order to settle disputed claims and that there are multiple business reasons why the two parties may differ over the alleged amounts owed.

Not surprisingly, perhaps, many people who have worked for Paul Blanchard would only talk to me on condition of anonymity but many suggested that the threat of legal action is “classic Blanchard”. Other former employees have come forward with accusations which put the charming interviewer and gracious host in a different light.

Office banter can go badly wrong and I, for one, have offended good people without meaning to. But Blanchard’s ‘humour’ to his team is on a different level.

Seven people who used to work for Blanchard, and others who wish to remain anonymous, allege the following language by him: “Christ-killer”; “Jesus killer”; “They killed Jesus”; and just before an interview with Sky News, he messaged the team that he was going on “Sky Jews”.

He sent the team an image of a Lego Stephen Hawking, saying that it was “the funniest thing I have ever seen”.

Dickinson said: “I needed the money so I put up with his cruelty for as long as I could bear. Longer, so that when I ended up in hospital with anaemia I felt under so much pressure that, even while I was having a blood transfusion, I was still working from my bed. He loved the power he held over me and taunted me with my son’s disability even after I asked him to stop. To the rich and powerful, he’s charming and funny. To me, he was sick and cruel.”

Lee Scarratt worked for Blanchard this year and says he is owed £1,900. He told Byline Times: “His behaviour was horrendous. At one point he made a ‘nonce poll’ where we were expected to vote on whether we thought a very embarrassed employee ‘dressed like a nonce’. I lasted just over three weeks before he fired me. I still haven’t been paid. I think he saw that I was onto him.”

David Franks, who is Jewish, told me: “I didn’t appreciate the jokes. ‘The Jews killed Jesus’ was the kind of remark that was routine. He’s very smart but he’s a horrible man out to belittle people.”

Other employees allege that Blanchard regularly used racial slurs which he framed as jokes but were “pushed with too much fervour”.

On these allegations of abusive language, Byline Times asked Blanchard whether he accepted that phrases like ‘quadra-spazz’,  ‘Sky Jews’ and ‘Christ killer’ are deeply offensive. He denies ever using such language.

Junior’s ex-employees claim that Senior – a retired accountant – was often in the office for business meetings and that the two men are close. Those clicking onto Senior’s website are directed to the contacts page which lists an address the same as the registered address for one of Junior’s companies. If one asks a question of Senior on this website, it leads to an email for Junior. When one reporter did that, he got a letter from Clintons, a law firm which represents the son.

Paul Blanchard Senior is a convicted fraudster. He is currently wanted by the authorities in Spain, accused of allegedly helping Mohamed Jamil Derbah launder money. For many years, Derbah was the right-hand man of the late and not so dearly departed gangster John “Goldfinger” Palmer. Palmer got his moniker for being the prime suspect for melting down the gold from the Brink’s-Mat robbery and getting away with it. He was jailed for eight years in 2001 for stiffing 17,000 people in the UK’s biggest ever timeshare con. Palmer was murdered at his gated home near Brentwood, Essex in June 2015.

Blanchard Senior reportedly has a Criminal Compensation Order (CCO) of more than £1 million against him. He is currently appealing against extradition to Spain on the basis he was originally working with the Spanish police, with a judgment expected towards the end of this month.

Of course, the sins of the father should not be visited on the son. However, the loan from the company where Senior was a director to the company run by Junior is troubling.  The Great British public – through the taxman – seems to have lost out.

Blanchard has a habit of creating companies and closing them down, leaving the taxman out of pocket. Large Things Ltd, of which he was a director when it closed in 2017, was left owing HMRC £408,796. Paul Blanchard walked away from the wreckage scot-free. A second company, Right Angles PR Ltd, was set up in March 2017 and entered liquidation in July 2018, with Paul Blanchard the sole shareholder. The company had not filed accounts with Companies House due to entering liquidation prior to the filing deadline. The liquidators state that they received a claim of £306,695 from HMRC.

In simple terms, two companies where Blanchard figured folded owing the taxman around £700,000. Blanchard Junior told Byline Times he has begun to pay off the tax debt on the second company.

Paul Blanchard Junior will know that it’s never great when the PR man becomes the story.

He continues to assert that he is entirely innocent of any wrongdoing and says “I am not subject to any complaint, whether criminal or civil, by any court or regulatory authority in any jurisdiction”.

But, given the number of people coming forward with similar stories – many of them young and with their first job in the PR and media world – there appears to be an issue of their enthusiasm being exploited. Perhaps the 250 or so media names, including me, who were wooed and wined and dined by Paul Blanchard Junior should remember that they too were young once and keen to get on.

The saga of Paul Blanchard (Junior) suggests something, too, about the nature of journalism in the 21st Century: that if we get close too close to the rich men and their PR smoothsayers, and accept what they say without question, then we are in danger of not seeing the whole picture.

This article was amended post-publication to include further responses from Paul Blanchard Junior about disputes over payments to his contractors and employees and the tax liability on Right Angles PR Ltd. Paul Blanchard Senior has clarified the status of the loan from his company Whitevilla to his son’s company. 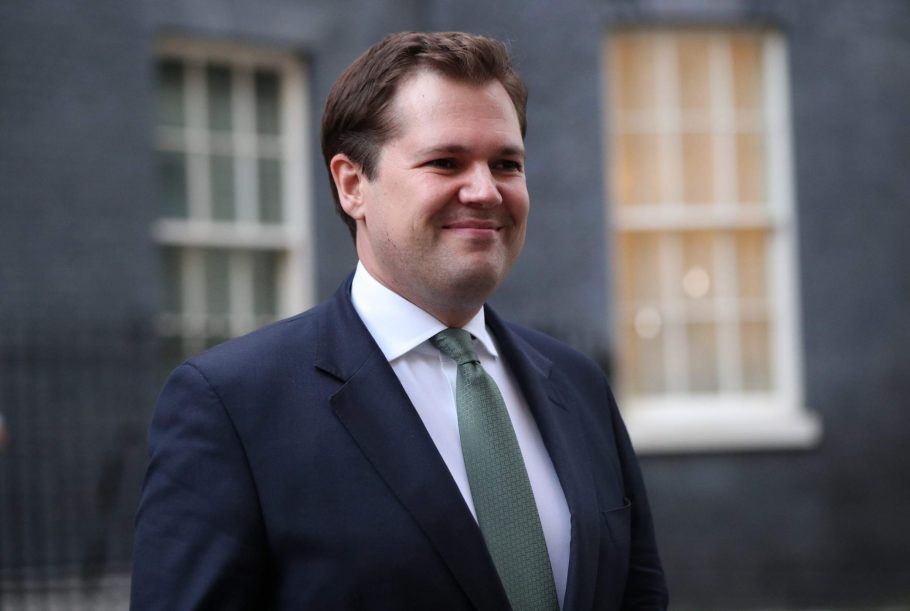