Kseniya Kirillova reports on the Ricin Plot in Prague and how the Czech Republic — like the UK — has its problems with Kremlin gold and terror.

At the end of April, the Czech publication Respekt reported that, according to an unnamed source in the security services, a man carrying a diplomatic passport arrived in Prague with a suitcase containing the fatal poison ricin.

According to the report, the poison was intended for Czech politicians whose actions aroused the wrath of Moscow – the dismantling of the monument to the Russian commander Ivan Konev and the renaming of the square in front of the Russian Embassy in honour of the murdered Russian opposition politician Boris Nemtsov. The police provided security to all potential victims.

Soon after, the Czech edition of Lidovky Noviny reported that the agent who arrived on 14 March turned out to be an employee of the Russian FSB security service operating under diplomatic cover. According to the publication, the alleged assassin brought not only ricin but a second poison – saxitoxin. An anonymous source also said that the targets included, not only Czech municipal officials, but also Russian opposition leaders abroad.

On 10 May, the Czech television programme 168 Hours, citing unnamed sources in the security forces, reported that the main suspect is Andrey Konchakov, head of the Rossotrudnichestvo office in the Czech Republic. Konchakov himself claimed in an interview with local media that he carried “a disinfectant and sweets” in the suitcase. The Russian Foreign Ministry deemed suspicions about Konchakov as “fake, nonsense and disinformation”.

In the meantime, Czech journalists confirmed on Current Time TV that information about the diplomat’s involvement in the attempted murders was received and confirmed by various independent sources.

Many commentators have expressed amazement and indignation that a member of the FSB should still be in the country and not expelled by the Czech authorities.

According to Article 9 of the Vienna Convention on Diplomatic Relations of 1961, a state has the right at any time to declare a member of diplomatic staff of another country persona non grata, without being obliged to justify its decision.

A close friend and supporter of Czech President Zeman spoke positively about the Ricin suspect Andrei Konchakov, calling him ‘an excellent boy’.

Nevertheless, the Czech President Milos Zeman, known as the most pro-Russian politician in Europe, declared that he doubts the validity of the information about plans to poison Grzhibe and Kolář.

The Czech leader called the behaviour of the municipal politicians foolish and an attempt to “glean publicity at the expense of Russia”, adding that ricin, in his opinion, is “some kind of laxative.”

This is not the first time Zeman has taken the side of Moscow. He has frequently parroted Moscow’s agenda, denying the presence of Russian troops in Ukraine, claiming that Crimea was Russian and demanding that the West lift sanctions imposed against Moscow. He also repeatedly criticised the BIS security service for over-estimating the danger of Russian activities in the Czech Republic.

Spies Who Go Into the Cold: How Russian Media Recruits Western Intelligence Officials

Analysts attribute the Czech President’s stance to his old ties with the Kremlin, including financial ones. At the beginning of May, the Ukrainian publication Gordon published an investigation of these ties beginning with the scheme to re-sell the Czech national debt to company Falkon Capital, proposed by Russia, which in reality was a mutually beneficial ‘sharing’ of the Russian debt. The investigation also included the names of several Czech politicians and businessmen with connections to Russia.

A close friend and supporter of Zeman spoke positively about the Ricin suspect Andrei Konchakov, calling him “an excellent boy”.

The Czech Ministry of Foreign Affairs was also cited in corruption scandals. In 2001, a scandal broke out about Czech property in the centre of Moscow – the so-called “Czech House”. As it turned out, a private firm concluded a rental contract for the “Czech House” with highly unfavourable conditions for the Government – approved by the Czech Ministry of Foreign Affairs. Some associate this with a conciliatory interview with the Czech Foreign Minister Tomasz Petřicek regarding the ricin scandal.

We see a similar situation today, only this time regarding Czech property in Prague.   According to another investigation by Current Time TV, the managers of the Czech representative office of the “Russian State Border Property” organisation are illegally renting diplomatic apartments. While Russian leases on diplomatic apartments have expired, ‘underground’ rental of Czech housing continues.

The Czech Republic is not the only example of how the financial ties of European politicians force them to take a position that is detrimental to their own country.

Last November, the UK Government suppressed the publication of a parliamentary report examining Russian influence in British life. The Times reported that the secret report mentions nine Russian Conservative Party donors and named three of them.

At the beginning of May, the former German Chancellor Gerhard Schroeder, in an interview with Tagesspiegel, said that Russia would never return control of annexed Crimea to Ukraine and that sanctions imposed on Russia should be lifted. Such a position is entirely understandable, given the fact that Schroeder is a member of the board of directors of ROSNEFT. According to well-known German journalist Boris Reitschuster, Russian agents operate quite freely in Germany.

It is not by chance that many politicians connected with Russia start working quite openly in Moscow after their retirement. For example, the ex-head of the Austrian Foreign Ministry, who danced with Vladimir Putin at her wedding, managed to get a job with the Kremlin television channel RT.

The example of the Czech Republic demonstrates that officials in office who ‘understand Russia’ and are loyal to their Russian partners can lead to threats on the lives of their own citizens.

Kyrgyzstan Turmoil: Is Russia Losing its Hold on Central Asia?

Nikola Mikovic, 7 October 2020
Nikola Mikovic reports on the third domino to fall among Putin's allies and questions around the Kremlin's ability to influence its neighbours 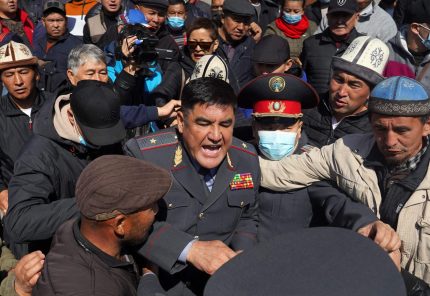 The Death of a Journalist ‘Blame the Russian Federation’

Kseniya Kirillova, 6 October 2020
Kseniya Kirollova reports on the death of Irina Slavina, editor of the best known independent newspaper in the Volga region of Russia 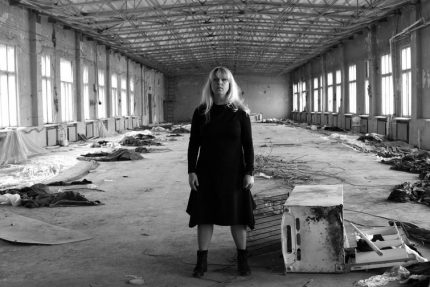