Brazil is heading towards a monumental health crisis, amid a widespread coronavirus outbreak that now has a death toll of almost 20,000, while major city hospitals at near collapse due to overwhelming demand. This tragedy has happened largely because the Brazilian right-wing populist President Jair Bolsonaro has adopted a totally dismissive attitude towards the pandemic.

Meanwhile, their South America neighbour, Argentina, has reported just 373 Coronavirus deaths due to an immediate and aggressive response. Argentina’s performance stands in sharp contrast to the disaster unfolding in neighbouring Brazil, where President Jair Bolsonaro has subverted even the most basic measures of social distancing.

The Brazilian president has dismissed the COVID-19 crisis as “hysteria” and has even rejected his own government’s social distancing recommendations. In contrast, Argentina adopted a ‘hit it hard and hit it fast’ response to the pandemic with an immediate national lockdown. Argentina imposed a nationwide shutdown on 19 March when there were only 100 confirmed cases.

The Coronavirus Crisis: Brazilian President Dismisses COVID-19 as ‘Sniffles’ – But it Might Be Terminal For Him

Argentina banned all commercial flights until September and extended a closed borders approach to cover all land and sea arrivals and a mandatory isolation of those who came from countries with high rates of infections, and enforced the immediate closing of schools. This multi faceted aggressive response has worked. They appear to have avoided the increasing humanitarian and health disaster that is now sweeping their neighbouring country of Brazil.

Sixty days into lockdown, Argentina is now relaxing its social distancing and lockdown measures in most of Argentina except the Buenos Aires, where almost 90% of cases are concentrated. The Argentinian economy is now being allowed to reawaken. A number of industrial and commercial activities are now reopening.

How Costa Rica Nipped Coronavirus in the Bud

Argentina’s Peronist-progressive coalition Frente de Todos party, led by Alberto Fernández, are also the political party which has historically been on the side of the most
Industrial and blue collar workers, who make up 49% of the workforce, who have a loyal trust in Fernández, and as such, have supported his swift response measures to curb COVID-19.

While the Brazilian President Jair Bolsonaro has abdicated any form of response responsibility to the Coronavirus crisis, the Argentinian government responded immediately. The diametrically opposite approaches and results of Brazil and Argentina speak for themselves.

Black People are Dying in the West due to COVID-19 – How Can Africa Avoid the Same Fate?

Isaac Kwaku Fokuo Jr, Dr Moses Alobo and Ada Osakwe, 25 June 2020
With black people being disproportionately affected by the Coronavirus in the US and the UK, African governments must be proactive in protecting their populations and prevent the virus' damaging social side-effects

The Coronavirus Crisis: Corruption, Negligence and Harassment in Brazil 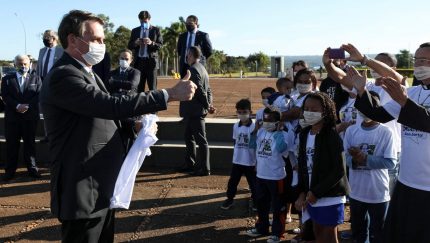 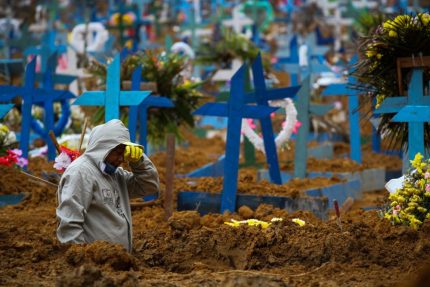