Three Russian doctors involved with Coronavirus treatment have “fallen out of windows” in recent weeks – two to their deaths. The third, Alexander Shulepov, is in critical condition.

Natalia Lebedeva was the head of the ambulance service for Moscow’s “Star City”, where cosmonauts live and train. Initial Russian reports said that Lebedeva’s bosses had blamed her for failing to prevent a Coronavirus outbreak at the facility. She herself became ill with COVID-19 and was admitted to hospital, where she allegedly committed suicide on 24 April. Her employers subsequently said she died as a result of a tragic accident.

On 25 April Yelena Nepomnyashchaya, the acting chief doctor of a veterans’ hospital in Krasnoyarsk Krai, reportedly fell out of a fifth-floor window during a conference call with regional leaders in which she complained about the lack of PPE and opposed the planned use of the hospital for Coronavirus patients. Authorities denied that she was in a conference call at the time of her fall. Nepomnyashchaya died from her injuries on 1 May.

On 2 May Alexander Shulepov fell out of a window after making a video in which he and a colleague, paramedic Alexander Kosyakin, complained that the chief doctor at the Novousmansky hospital outside Voronezh was forcing them to keep working although Shulepov had tested positive for COVID-19.

Standing together in masks and hooded gowns in the video, Shulepov and Kosyakin suggested people had accused them of lying. “They haven’t taken me and Alexander Borisovich off the shifts for a month, working together. That’s the situation,” Kosyakin said. “Everyone says this is fake – here are some real facts for you, first-hand.”

Adding to the mystery, local TV station TV Guberniya published a video of Shulepov contradicting what he had said with Kosyakin and claiming he had been “emotional” at the time when he made it.  “They of course took us off the shifts an hour later,” he said, looking scared. The chief doctor, Igor Potanin, also appeared in the video, saying that the hospital has enough PPE and he would never let anyone near patients without it. A handwritten journal was shown with entries giving the temperatures of Shulepov and Kosyakin.

It will likely be impossible to establish the truth about what happened to these three doctors, but it is obvious that hospitals all over Russia are under pressure from the Kremlin to prove they can cope. Prime Minister Mikhail Mishustin is now self-isolating at a medical facility with coronavirus, as is Construction Minister Vladimir Yakushev and one of his deputies, and Russia has reported record daily high numbers of coronavirus cases for the past few days, reaching 10,633 cases on 3 May. Russia now has the seventh-highest number of officially reported coronavirus cases in the world.

Patients are hardly better off than the doctors: a 48-year-old woman was driven home from a hospital in Moscow by social workers and died a few minutes later on a bench outside her building. A 75-year-old man was also discharged from hospital in Moscow and found unconscious by neighbours in the entrance to his building. Russia’s Armed Forces have reported over 2,900 coronavirus cases, and over 3,000 workers at Gazprom’s Chayandinskoye field in Yakutia have the virus. 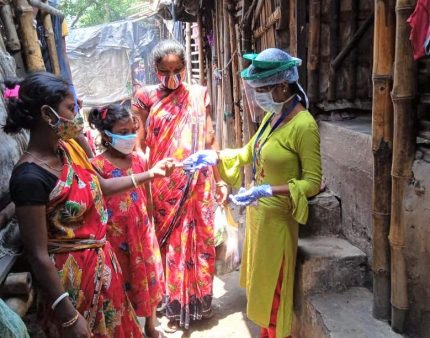 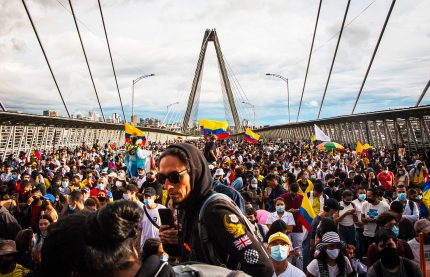