Coronavirus CrisisHas the Public Still Had Enough of Experts?

Out shopping last week, my friend bumped into a parent from his daughter’s school, who happens to be a Chinese national. After the usual small talk about the contents of each other’s trolleys, the conversation turned to the Coronavirus.

“They say back home that the Americans made it in a lab,” my friend’s acquaintance began. “Who is?” he asked.

“Everyone and it makes sense, you see we hosted the Military Games in Wuhan in the autumn and the Americans did really badly,” they continued. “So now everyone’s saying that they sent over athletes infected with the virus to spread it in China and wreck our economy.”

My friend nodded politely and headed towards the wine and spirits aisle.

To cook up a perfect conspiracy theory, you first need to add a dash of truth.

The Military Games occur every four years (the UK doesn’t participate) and the most recent event was indeed held in Wuhan in October 2019. It is also true that the Americans failed to win as many events as you might expect. The US finished twelfth in the medal table, a full three points behind North Korea.

This is what journalist Damian Thompson dubbed “counterknowledge”: just enough credibility segued into a bad narrative to make it sound legitimate. And it works.

China doesn’t have Facebook or Twitter to disseminate such nonsense, but it does have state-sponsored imitators that are thoroughly monitored by the censors. As rumours of the US plot to infect China spread – like, well, a virus – across those platforms, there were no attempts by the Chinese authorities to remove them. Soon, things took an even stranger turn as the state itself began adding to the conjecture. On 4 March, at a carefully choreographed press conference, the typically cautious Foreign Minister Zhao Lijian appeared untypically eager to fuel the flames of conspiracy.

Responding to a pre-arranged ‘question’ which included the line “there are also news stories saying that some US seasonal influenza patients actually came down with COVID-19” (prior to the outbreak in China), Zhao Lijian replied: “It is highly irresponsible for some (foreign) media to dub it ‘China virus’. We firmly oppose that… no conclusion has been reached yet on the origin of the virus, as relevant tracing work is still underway.”

This simply wasn’t true. Scientists are naturally cautious by nature and infectious disease specialists are no exception, but the broad consensus in the global scientific community is that the virus did originate in China. In a country where the state governs every aspect of people’s lives, that’s obviously not a good look.

The Coronavirus has brought misery to the lives of Chinese citizens, killing thousands in the process and wreaking havoc on the economy. The opportunity to lay responsibility for the outbreak on the US was not to be missed.

China has not been alone in repurposing the virus for political ends.

At a rally in South Carolina on 28 February, US President Donald Trump used it to take a swipe at Democrats for daring to suggest that he was mismanaging the crisis. “This is their new hoax,” he declared. Fox News presenter Trish Regan even went as far as to say that the virus was a plot “to demonise and destroy the President”.

Other Republican players, including the far-right ideologue Steve Bannon, have turned the Chinese-sponsored conspiracy theory around and started a counter-narrative claiming that the virus was created in a biochemical lab in Wuhan. Senator Tom Cotton of Arkansas told Fox News: “We don’t have evidence that this disease originated there, but because of China’s duplicity and dishonesty from the beginning, we need to at least ask the question to see what the evidence says, and China right now is not giving evidence on that question at all.”

Meanwhile, all of this global discord has been like catnip to the Russian state media, with RT disseminating misinformation like fireworks on Guy Fawkes Night.

Russia has a long and ignoble history in the field of disinformation. The word itself was coined by Joseph Stalin when he set up the ‘special disinformation office’ in Moscow in 1923, with a brief to ‘spread false information with the intention to deceive public opinion’. Over the next six decades, that unit mastered the twin arts of lying and turning the West in on itself. 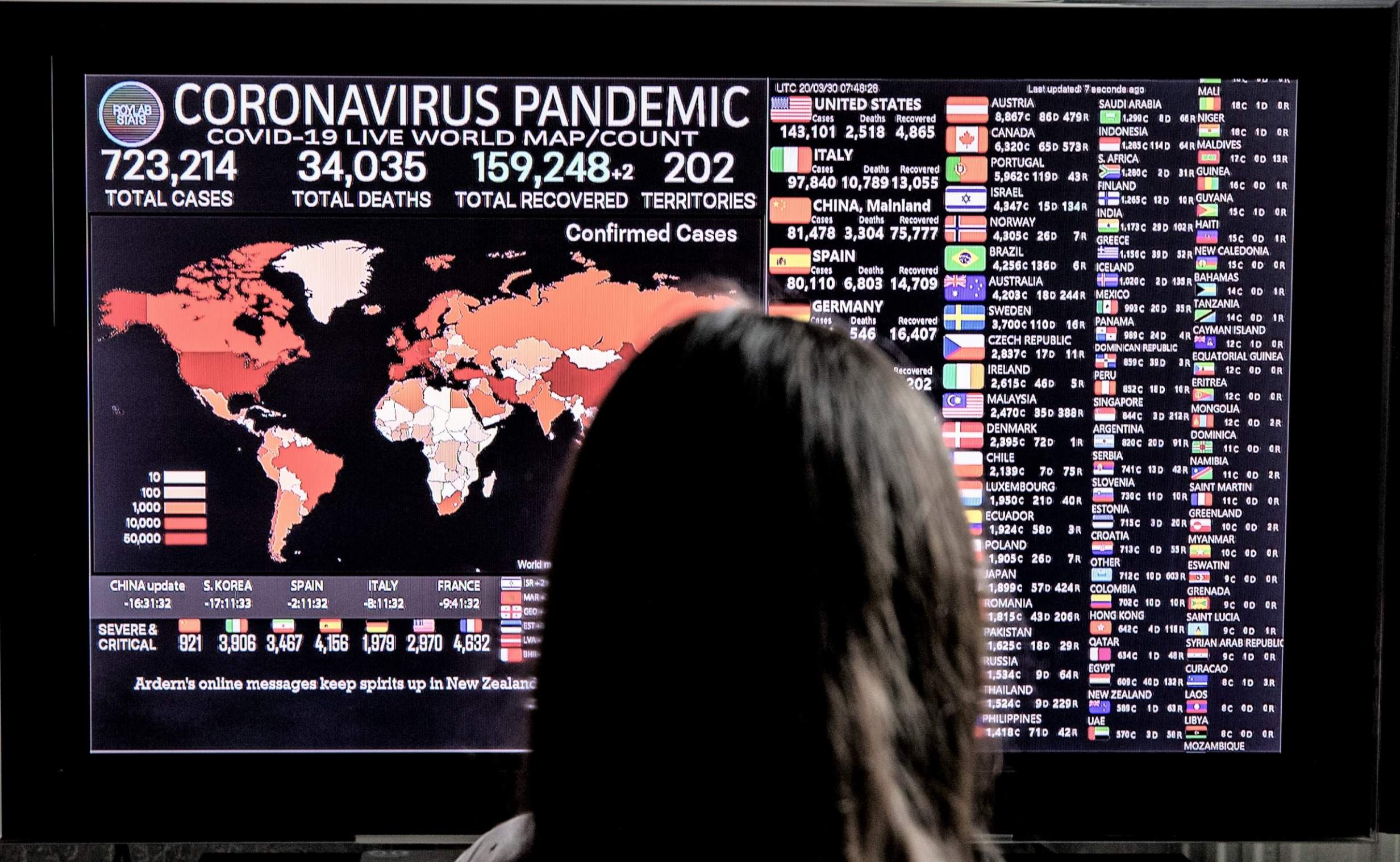 Why Are Lies More Attractive than Science?

One of its most celebrated achievements came in 1983 with ‘Operation Infektion’ – an attempt to blame the CIA for the AIDS crisis. At that time, fears of an HIV-AIDS pandemic gripped the world and there was no cure, no means of containment and a very real risk that the virus could kill millions of people.

The then USSR saw an opportunity to foster resentment of the US, to create mistrust of US servicemen in overseas bases and park the blame for the virus at the door of their arch Cold War rival. It worked. Backed up by quack experts and disseminated via Soviet-friendly, left-wing media, the story shot around the world. It was so effective that there are many people today who still believe that the CIA created HIV in a lab.

The Cold War may have ended 30 years ago, but Russian state propaganda went nowhere. During the Vladimir Putin years, its reach and influence have spread further and wider than at any time since 1923.

The super objective is to drag the rest of the world down to Russia’s level by sowing discord and acrimony and the efforts have seemingly paid off. Over the past decade, Kremlin-backed media has spun a particularly successful line that ‘shadowy elites’ are secretly working against the interests of the global population. It is a narrative, depressingly, that politicians in the West have been all too happy to hitch a ride on when it suited them.

The fake news ‘anti-elite’ virus has been around much longer than COVID-19 and its long-term effects look set to be far more pernicious. It has created an information pandemic in which lies are legitimised, experts are mistrusted and truth is ignored. It infected the Brexit debate and enabled the election of Trump; it raised its ugly head after the attempted murder of the Skripals by Novichok nerve agent in Salisbury; and during the long and ugly war in Syria. There is no cure for it and seemingly no vaccine to prevent it – and we are now seeing the consequences.

The UK Government has now decided to set up a special unit to counter the lies about the Coronavirus, but it might be too late. For once a climate in which a politician who built a career on dishonesty is elected Prime Minister and in which Nigel Farage is trotted out as an expert on the crisis on BBC’s Newsnight has been created, it may be almost impossible to row back.

But all is not lost. In a strange way, we might almost come to be grateful for this unfolding global crisis. For as the Coronavirus takes hold, people might start to decide that they’ve had enough of idiots and start listening to the experts once again.